Theatre Three has a new artistic director – only its second in its 55-year history. The Dallas theater company’s co-founder Jac Alder died a year and a half ago.  While Bruce Coleman led the theater as acting artistic director, the board launched a national search for Alder’s replacement. They chose a familiar face: Jeffrey Schmidt. For over a decade, Schmidt has directed, designed and acted at Theater 3, and he’s also been an artist-in-residence there. He’s best known for directing popular musicals like ‘On the Eve’ and ‘Hands on a Hard Body.’ But Schmidt has also proven himself with more challenging, ‘conceptual’ stagings, including ‘The Farnsworth Invention.’

Schmidt says he’s aware of the mantle he’s inherited – and he’s thought about what he hopes to do with it.

“I have lots of ideas,” he says, “and I’m going to take my time rolling them out and experimenting in a way that doesn’t risk the 55-year history of this place. I’m probably one of the very few lucky artistic directors that’s coming into a theater that’s financially solvent. I think the most important thing that will be the basis of all the decisions I’m making is ‘What can I do to ensure the future of the next generation of artists coming to this town or, more importantly, staying in this town.

When it’s pointed out that the first part of his answer has to do with artists while the second has to do with the art and the theater’s audience, Schmidt replies, “Oh, but I think the one attracts the other.”

Jeffrey Schmidt’s latest show at Theatre Three is the next one. He’s directing playwright Beth Henley’s comedy ‘Laugh.’ It opens January 5th. He says he will announce at least part of Theatre Three’s next season in January — as has been customary. 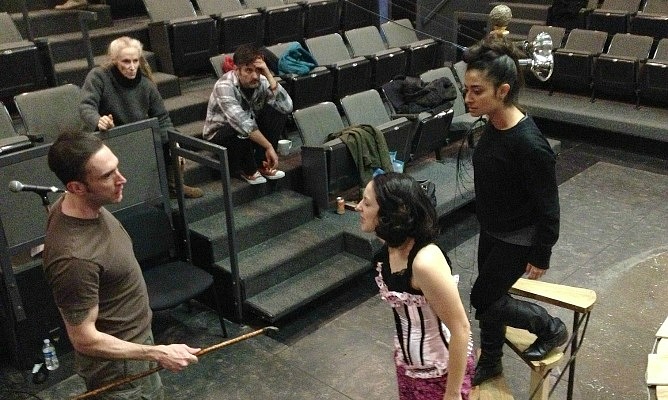