Skip Navigation
Home > ArtandSeek.net > Joel Ferrell Is Leaving The DTC After This Season

Associate artistic director Joel Ferrell will step down from the Dallas Theater Center at the end of this season. Ferrell has directed some of the boldest, smartest productions at the DTC from ‘Cabaret’ in 2011 and Horton Foote’s ‘Dividing the Estate‘ to ‘The Christians’ in 2017 and last year’s Frankenstein.  Last year, he won a lifetime achievement award from the Live Theatre League of Tarrant County (Ferrell directed Casa Manana in Fort Worth before being hired at the DTC).

No word on his plans beyond the usual aim of pursuing “new professional opportunities.” Other theaters he’s worked at include the North Shore Music Theatre in Massachusetts and Portland Center Stage in Oregon. For the moment at least, North Texas audiences will still be able to see Ferrell’s stage work. He’s directing ‘Sweeney Todd’ at Circle Theatre next month. And directing ‘A Christmas Carol’ next season at the DTC. 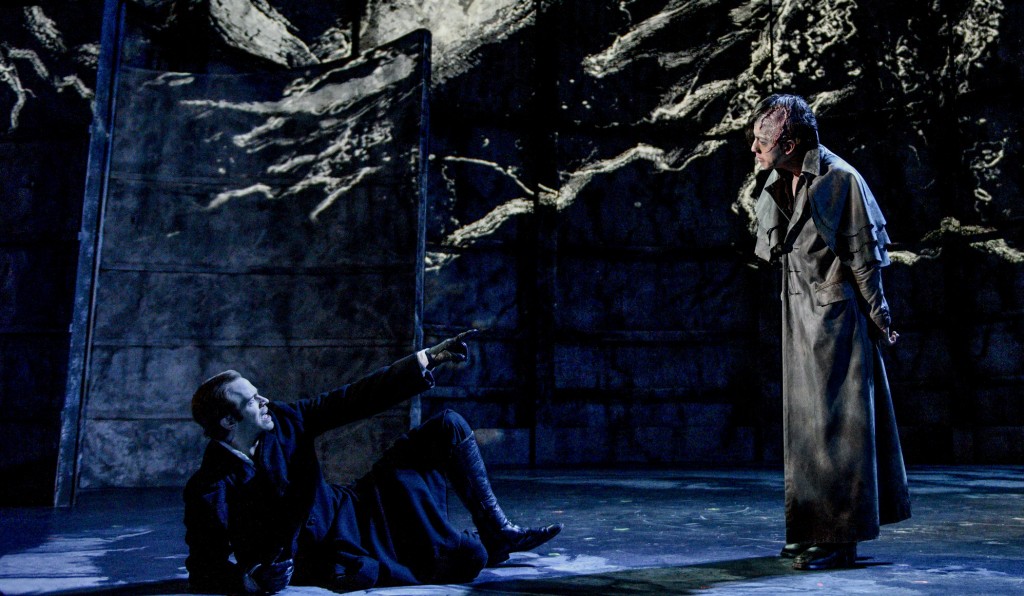 Alex Organ as Victor Frankenstein and Kim Fischer as the creature in the DTC’s ‘Frankenstein.’ Photo: Karen Almond.

DALLAS (May 13, 2019) – 2017 Regional Theatre Tony Award® Recipient Dallas Theater Center announced that Associate Artistic Director Joel Ferrell will be stepping down from his full-time position at the theater at the end of August 2019, following the 2018-2019 season, to pursue new professional opportunities. Ferrell will continue to work with the theater on a contractual basis as an Associate Artist, and will return to the theater to direct A Christmas Carol this winter.

“Since 2009 Joel has been an essential part of the fabric of Dallas Theater Center as a member of our artistic staff,” said Enloe/Rose Artistic Director Kevin Moriarty. “He has been a valued collaborator, whose work at Dallas Theater Center has included directing some of the most critically lauded productions in our history, including his definitive Cabaret, Dividing the Estate, Frankenstein and Rocky Horror Show, to name just a few. He’s also served as a producer, casting director, teaching artist and literary advisor, and he has tirelessly championed the work of local actors, designers and directors with passion. We will miss him as a member of our full time staff, but look forward to continuing to produce his work on our stage as an Associate Artist, including his work next season as director of A Christmas Carol.”

“I am very proud to have been part of Dallas Theater Center’s journey over the last decade,” said Ferrell. “Very few artists are fortunate enough to have an artistic home, and I’m grateful to Kevin, the board and staff for giving me a place to work, grow, and promote the wonderful theater artists who call DFW home. I look forward to many more collaborations with my Dallas Theater Center family, as well as new opportunities, projects and partnerships in DFW and around the country.”