Skip Navigation
Home > ArtandSeek.net > Making Some Waves On The Radio

Actually, you probably haven’t been listening to ‘The Local Mix.’ Or to ‘Candy’s Sour Hour’ or the ‘Sound Creature’ or ‘Electricity Comes from Other Planets’ or even to legendary Denton artist Martin Iles’ ‘WOODS,’ a twice-monthly collage of unusual tunes, ravings, deadpan comedy, musical drones and cricket chirps. These are radio shows hosted on the barely-a-year-old KUZU, 92.9 FM, and the reason you probably haven’t heard them is the station pumps out its music at all of 67 watts. You own lightbulbs at home with more wattage than that.

So unless you’ve been live-streaming it, KUZU is something of a local, Denton specialty. Known only to a wise and select few. And that’s deliberate. KUZU is legally designated a Low-Power FM – or LPFM. 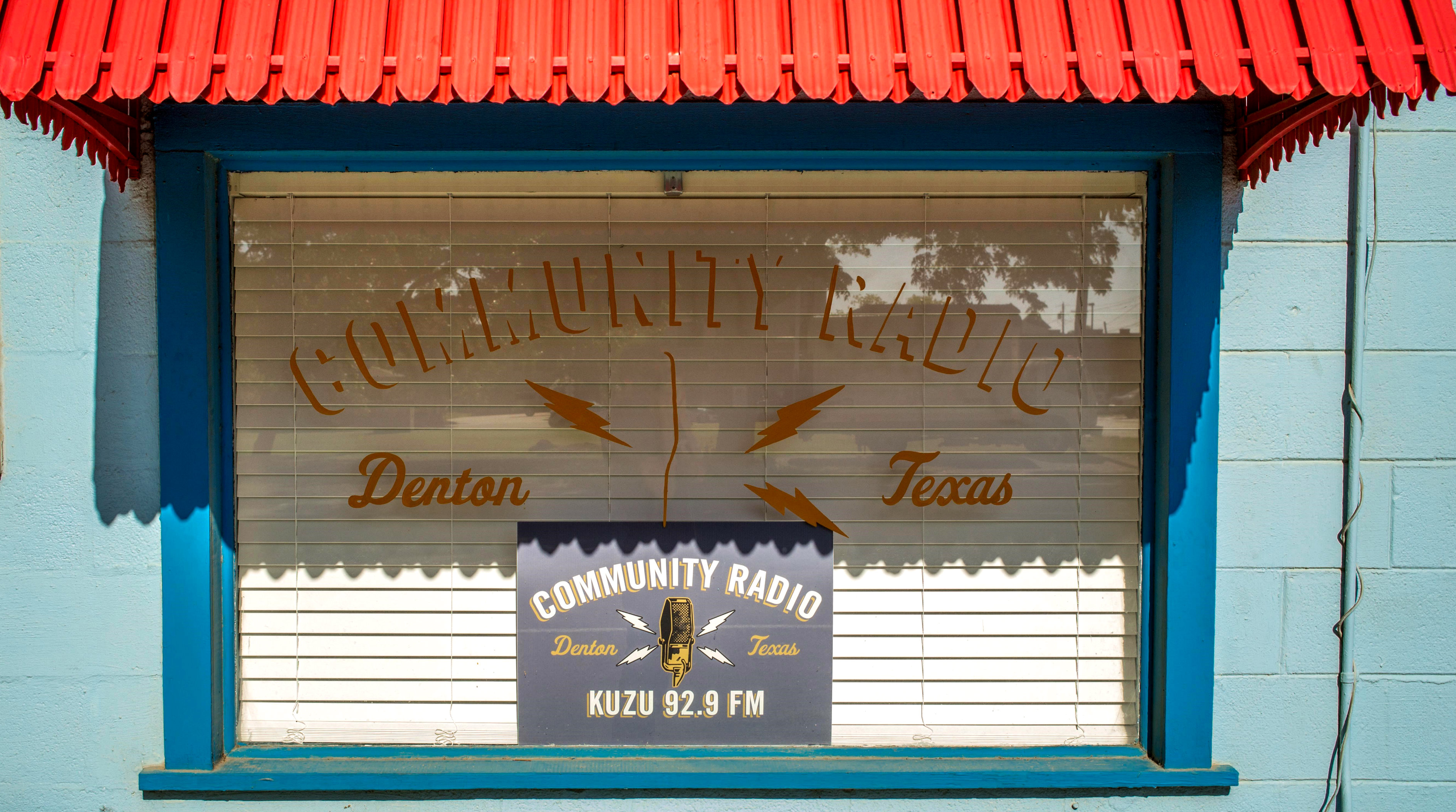 You might walk by and not even notice. The home of KUZU-FM. Photo: Peter Salisbury

“LPFMS are capped at 100 watts,” says Peter Salisbury. Salisbury is the KUZU guru. He’s a photographer, the station’s founder and manager. “So KNON Dallas [89.3 FM], another non-profit local community radio, they run at about 55,000 watts. So quite a big difference [For the record, KERA-FM is 100,000 watts]. But you know, 100 watts can give you about a three-to-five mile radius, which is pretty great for a small community.”

And that is the mandated purpose of a low-power station, serving a small area, serving churches, campuses, backwoods towns. Partly, stations like KUZU are the latest pushback against commercial radio conglomerates, which began consolidating control over the airwaves once the Telecommunications Act of 1995 deregulated the industry and lifted the cap on ownership. The radio companies began distributing the same music, sports, news and political talk formats all across the country. Move to a new town? You get the same sounds.

For their part, low-power stations hearken back to the more unconventional, grassroots days of free-form FM in the ‘60s. Or college radio in the ‘80s. Or even just that strange, crackly, lonesome station you came across late one night driving through the South, a station you swear Brian Eno and David Byrne must have picked up for some of the creepier airwave ramblings on ‘My Life in the Bush of Ghosts.’  Low-power radio is radio America – with all its individual tastes, quirky genius and outright oddities. 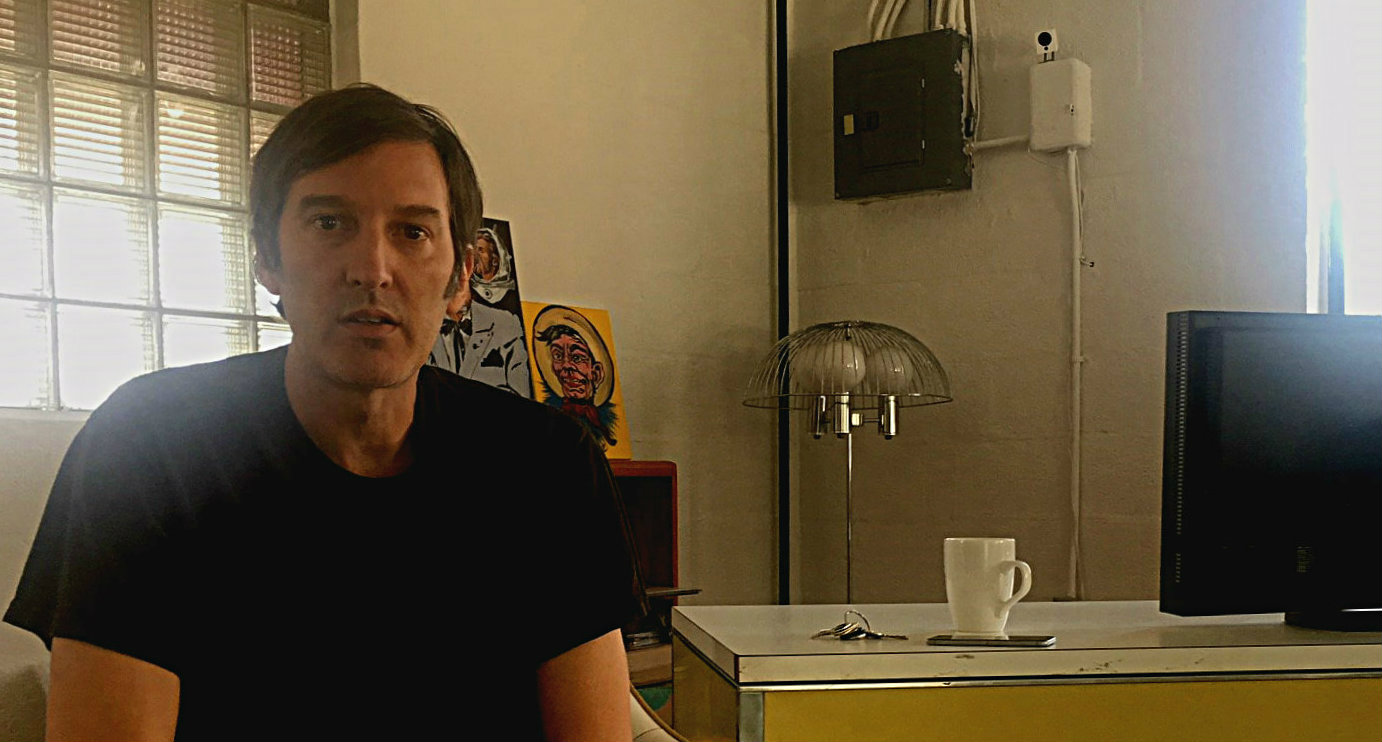 Part of KUZU’s mission, Salisbury explains, is to educate.  And playing local bands or mixing music formats people might never hear otherwise – that’s musical education, he insists. Even your average playlist app on your smartphone sticks to the same popular formats. Or it learns your range of tastes and keeps feeding you those. Your ears live inside that bubble.

And that element of discovery is one of the things listener David Simpson appreciates about the station. Simpson, 42, is a photographer who says he heard about KUZU through friends or on social media. “Outside of local music, I love that psychedelic stuff from East Asia and then from Africa,” he says. “Y’know, I mean, where else are you going to hear that? But then also, there’s still stuff I haven’t heard. ”

So on KUZU, you’re likely to hear German electronic masters Tangerine Dream right alongside groundbreaking ‘gypsy jazz’ guitarist Django Reinhardt. Then the station’ll switch into country-folk. Or heavy metal and hip-hop. Or vintage 78 rpm recordings. And even – “lots of animal sounds! I love field recordings,” says Sashenka Lopez, vice-chair of KUZU. “So whales or sounds from space, rushing wind, waterfalls or cats. You know, all of those things that make me feel happy.”

Lopez is a school teacher and an audio collage artist with her own KUZU show called ‘Baka.’ (Ethiopian for “Enough!”) Lopez and Salisbury are friends. Years ago, they broadcast shows from Salisbury’s Denton apartment using a little AM transmitter called a Part 15. They called it 1670AM, and it probably didn’t reach much beyond Denton’s courthouse square.

Yes, this comical little cinder-block building in the parking lot of the Denton Housing Authority is where KUZU-FM is housed. Photo: Jerome Weeks

Lopez explains, with a laugh, the appeal of transmitting musical experiments, mixtape formats and interviews with local musicians to an audience probably made up of only your friends and other people you talked to about it: “It’s almost like you’re shooting things out into the air and you never know whether or not anyone’s ever going to listen,” she says. “The radio’s so, so small. But it was a blast.”

“So with this next track,” says Alex Hughes on his KUZU program, ‘El Mundo,’ “we’re going to very much change gears.”

In 2013, Salisbury was contacted by a community nonprofit called Common Frequency. Low-power licenses had been held up for years by the National Association of Broadcasters. The NAB feared that even tiny competitors could interfere with audience domination. But in 2010, President Obama signed the Local Community Radio Act (which was first proposed in 2005 by Senators John McCain, Maria Cantwell and Patrick Leahy). And now low-power licenses were available. So Salisbury spent the next four years filing the paperwork, finding a non-profit sponsor (Denton Holiday Festival Association), raising money, gathering volunteers and finding a space to rent from the Denton Housing Authority.

Salisbury insists, by the way, that KUZU’s call letters do not refer to the unstoppable weed, kudzu, or to the squawky toy instrument, the kazoo. Given his choice from a long list of variations, Salisbury simply thought KUZU looked and sounded memorable, and it’s pronounced Koo-zoo.

On the other hand, he’s not above using kazoos as promotional items for the station. 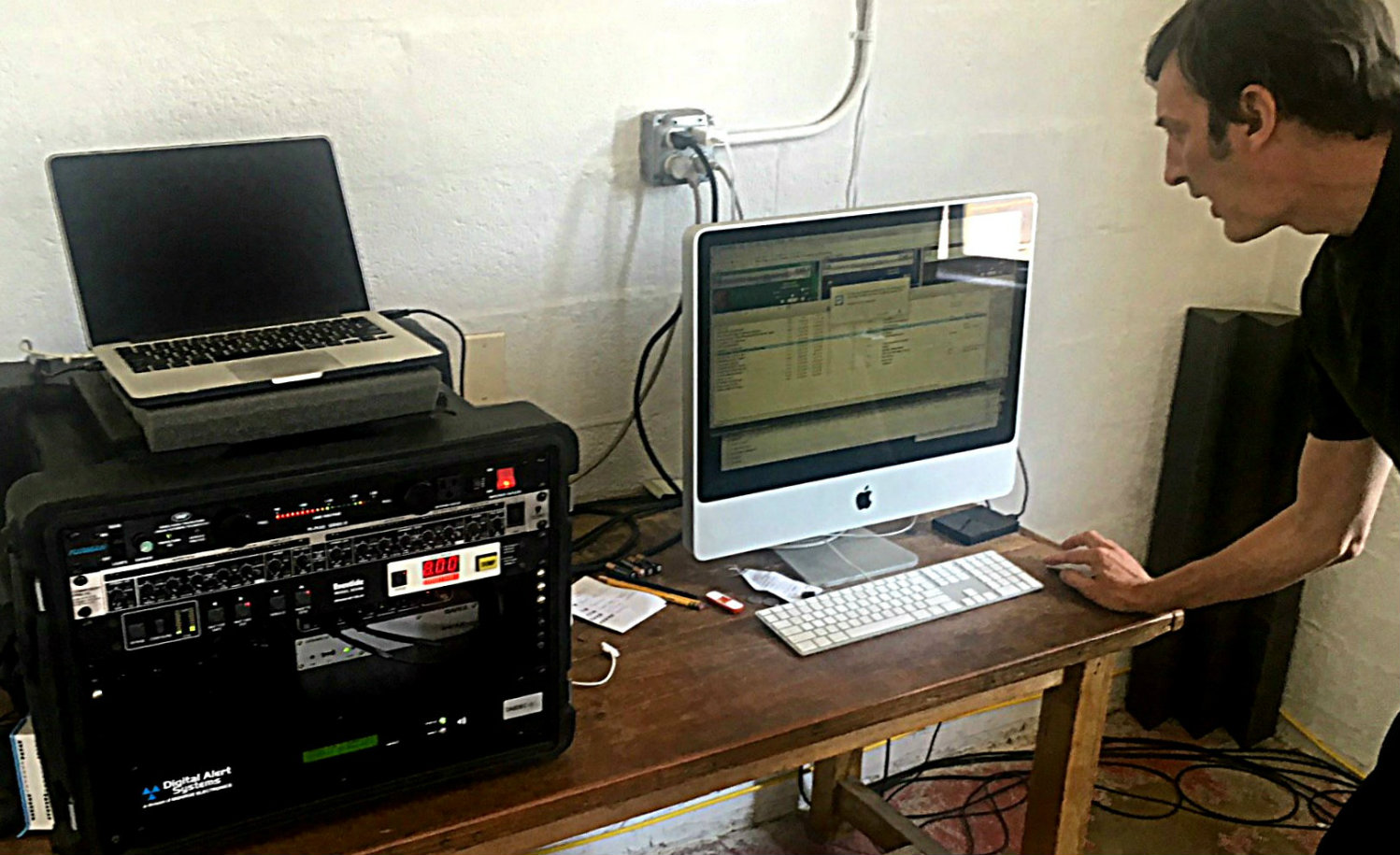 It turns out Salisbury’s interest in creating a hip little station in Denton actually goes back farther than 2013 and the LPFM license, even back before his creation of 1670AM in his apartment. It started when he was handling the synthesizers in a moody local band called Mandarin.

“Once you start producing your work,” he explains, “you start to see certain infrastructure that’s maybe missing in your community.” So he and his bandmates were kicking around ideas for what the Denton scene could really use or at least what they could certainly use. “So one of those things that was talked about was, like, ‘Wow, wish we could have a really cool radio station in town.’”

Of course, Denton already has an independent station, KNTU 88.1 FM, the campus radio at UNT. But it plays almost nothing but jazz. And the two stations aren’t in any real competition. Face it: KNTU has 100,000 watts to KUZU’s 67. Besides, KNTU sold KUZU its old audio consoles – at a discount. Not much sense of cutthroat rivalry there. And for its part, KUZU is definitely off-campus. It’s housed in a tiny, funky building in a parking lot near the square, a building painted with a 360-degree mural that makes the whole place look like a Warner Brothers cartoon. Or a children’s play center. Actually, it’s been a candle shop, a second-hand pet supply store, Salisbury says with a laugh, and a knife-sharpening store. “Once we had a guy come in, yelling, ‘Where are my knives??’

Salisbury’s not even sure how old the building is, and with its glass-brick windows and cinder block walls and all the hard echoes those produce, it doesn’t exactly provide an optimum audio environment. “It’s definitely not the greatest spot for a radio station,” Salisbury adds. “You can hear the cars going by while you’re on the mic. And when you leave the windows open, you can even hear birds sometimes.

“But we love it. It makes it sound like community radio to me.”

It is community radio. One of KUZU’s goals, Salisbury says, is to foster artistic collaborations on the air, and a local music scene off the air. Currently, forty-five “Denton citizen volunteers,” as Salisbury calls them, host KUZU’s programs. And on file, he’s already got a hundred more applying for the chance.