Art&Seek is highlighting new music from North Texas every Thursday. Click above to hear me talk with singer/songwriter Amari Amore for our Music Minute, which airs on KERA FM and KXT 91.7. For more North Texas music, tune in to the KXT Local Show at 7 p.m. on Thursdays. And tell us what you’ve been listening to on Facebook, Instagram or @artandseek on Twitter. 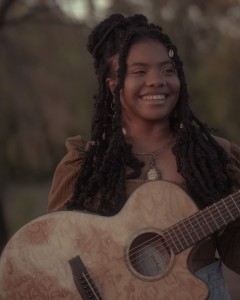 Twenty-year-old Amari Amore had only been playing the guitar for a few months before her mother convinced her to audition for Dallas’ prestigious Booker T. Washington High School for the Performing and Visual Arts. Before picking up a guitar, Amore was an athlete who struggled through playing the flute. She surprised even herself with her newfound interest – learning chords and doing finger-style tutorial videos that she found on Youtube – eventually practicing for hours at a time.

“I auditioned for Booker T. playing one of those finger-style songs, just pure acoustic guitar, and then once I got accepted, I learned how to play classical guitar which influenced my songwriting and my musical abilities,” Amore said.

Still, it took a few years before Amore began to find her voice, adding lyrics and vocals to her repertoire. In 2018, she quietly released a four-song EP titled Complications which earned her a spot on NPR’s Slingshot Scenes: North Texas’ 20 Under 20 list. 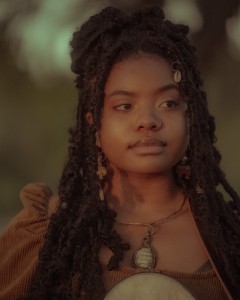 The song “Dream” is Amore’s first release since Complications. She wrote the song when she was still a junior at Booker T. Washington, before heading north to study music at the University of North Texas. Amore says that evolving with the song has been a beautiful experience.

“I wanted to create something beautiful and serene,” Amore said. “I just thought how can I put into song form these ideals about these ethereal dreams that I’m having and these hopes and wants of finding comfort and hope and solace in the chaos that’s happening around us all the time.”

”Dream” is light and airy and brings with it the same feeling of calm and peacefulness you get after having a conversation with the young songwriter. Amore’s voice is encouraging as she gently sings the chorus:

But it’s all in your dreams.

Want to make them reality.

“Dream” is the first release off Amore’s upcoming album, Evolution, which will be released later this year. You can keep up with Amore’s journey and music releases on her social media channels.