It seems a shame that most people will now know Margaret McDermott because of a single, double-arched bridge across the Trinity River, the one that bears her name. It’s a shame because, odds are, she probably has affected your life, the lives of most North Texans, in so many ways they don’t even know.

“The canvas for Margaret McDermott was the entire city,” says Gail Thomas, the retired head of the Trinity Trust and a longtime friend of McDermott. “Amazingly, in some way, she has helped every non-profit in this town.”

McDermott, who died Thursday, was born in 1912 and grew up in Highland Park, when, as she recalled, there were few trees and she participated in rough-and-tumble bicycle races on the sometimes unfinished streets. After graduating from the University of Texas and working in newspaper journalism, she would spend her life transforming Dallas. 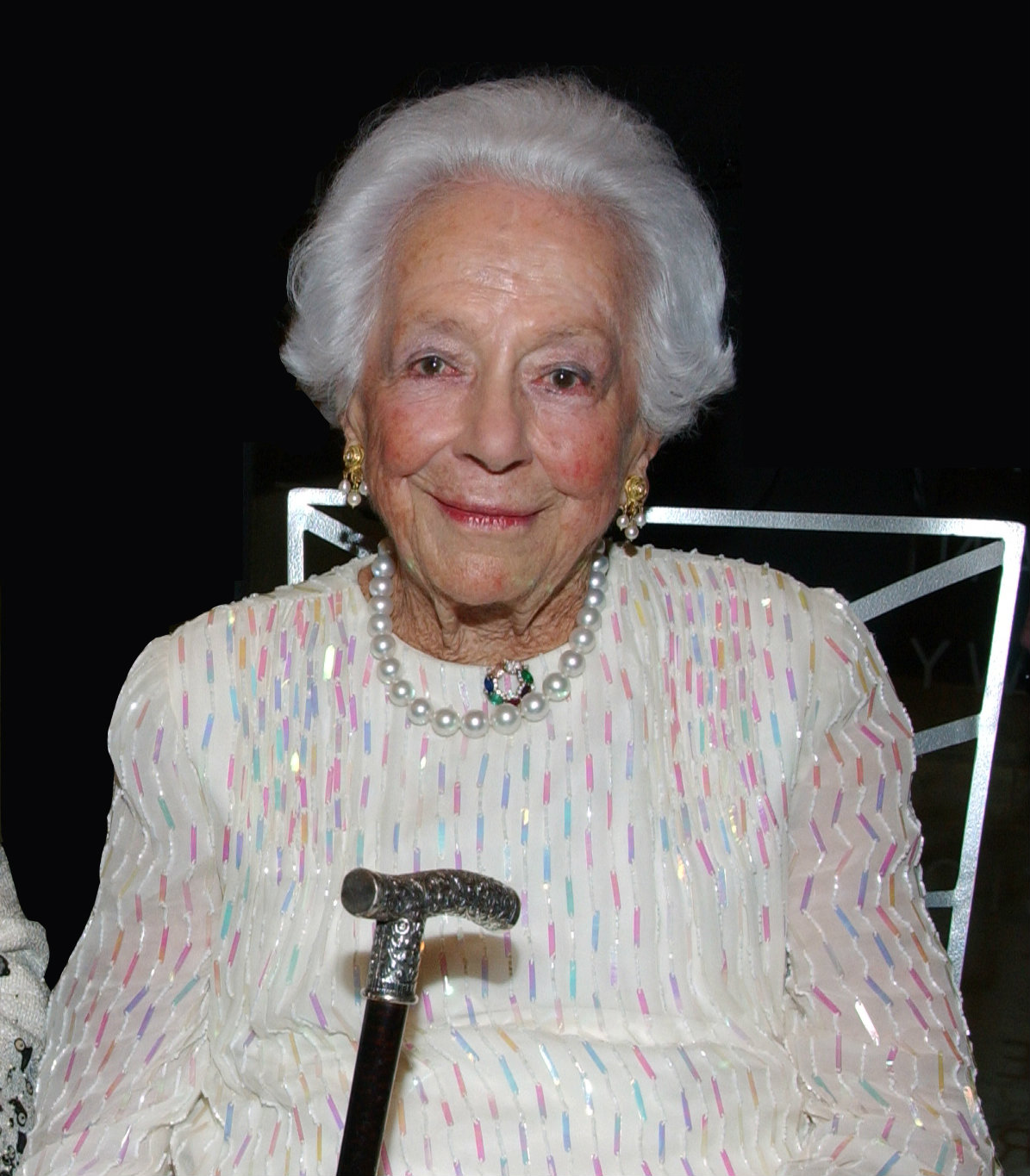 If you’ve benefited from the genetic research or the work on pain management at UTSouthwestern. If you’ve attended a concert at the Meyerson Symphony Center or a touring musical at the Winspear Opera House. If you’ve ever attended UT-Dallas, SMU, Dallas County Community College, UT-Southwestern or St. Mark’s School. If you’ve gazed at artworks at the Dallas Museum of Art, enjoyed a stage production at the Wyly Theatre,  even if you’ve just checked a book out from the Dallas Public Library. In fact, if you’ve ever enjoyed a professional regional theater anywhere in America or, yes, have simply driven on I-30 across the Trinity River, then however indirectly, Margaret McDermott touched your life.

“Dallas and all the organizations that she has been part of have been so fortunate for her support and more than support, her insight into what people need to thrive,” says Daniel Podolsky, President of UT-Southwestern Medical Center. “That is the unique contribution of Margaret McDermott.”

Most of us are unaware of her influence because so few things have her name on them. The artworks and endowed professorships and scholarships, the buildings and schools and research programs, even the official titles for the directors of the DMA and the Perot Museum – they bear the name of her late husband, Eugene McDermott, who co-founded Texas Instruments in 1951. The two married the following year.

“I think she wanted recognition for Eugene,” says Thomas. “She kept saying, it was his genius that helped create that empire, and she said, she deserved no credit.”

Margaret McDermott’s name is on the auditorium at the Winspear, and, of course, on the second Calatrava Bridge, the pale-white double arcs that cross the Trinity River. Otherwise, for the most part, her name doesn’t appear on walls or monuments. Hobson Wildenthal believes it was her old-fashioned Texas upbringing that made her dislike emblazoning her name on everything.

“She abhors anything that would cast her in the limelight because those of us who are Texas natives deeply resent the type of the bragging Texan,” says Wildenthal, executive vice-president of UT-Dallas. 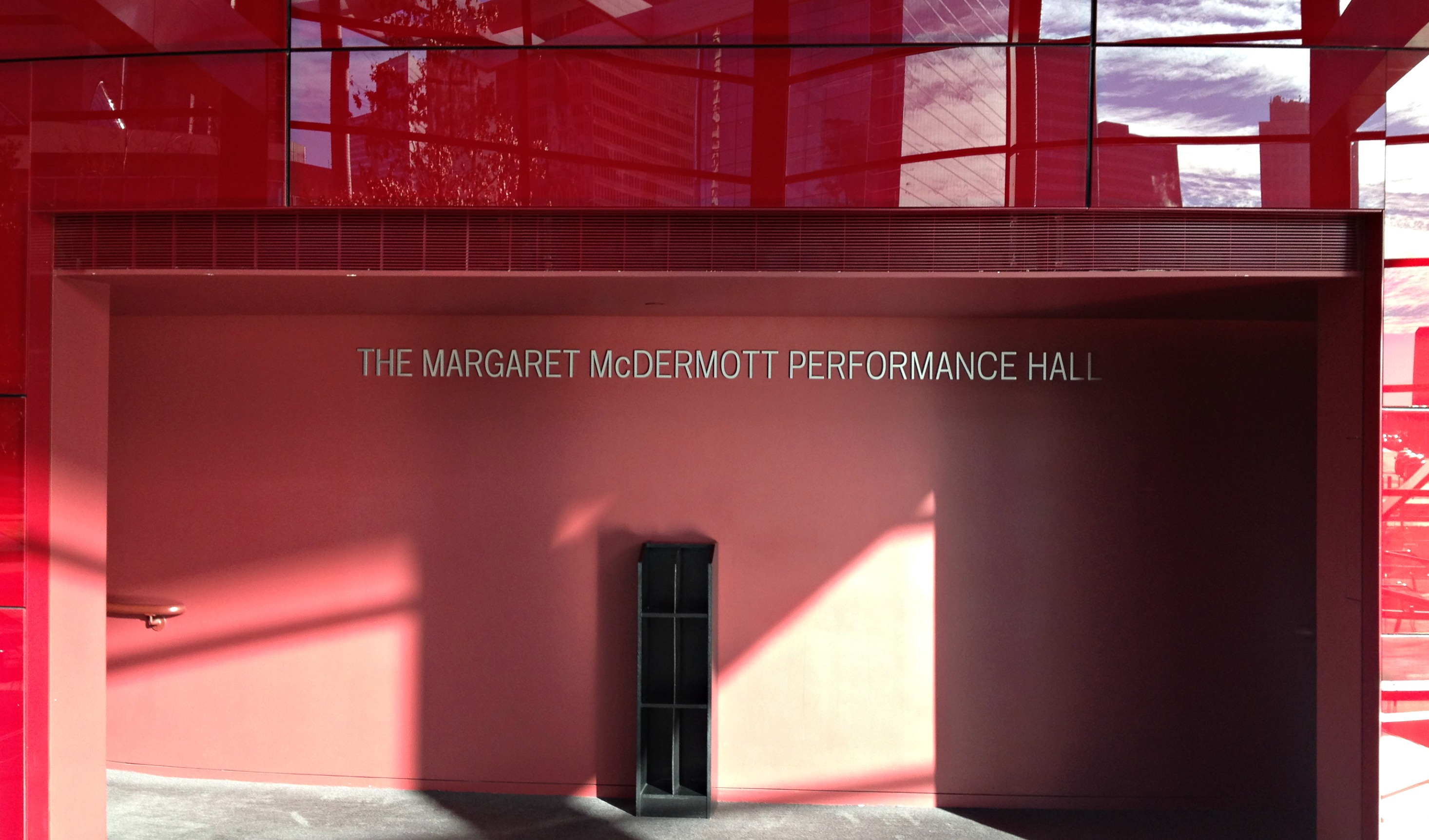 The lobby of the Winspear Opera House. Photo: Jerome Weeks

In a rare public speech, Margaret McDermott hearkened back to growing up in Dallas more than 100 years ago.

“When my family moved to Highland Park, I was in the Armstrong School and … SMU consisted entirely as a single building. Trains still took cotton north on the Houston and Central Texas Railway – where Central Expressway now runs.”

Gail Thomas: “Her life has watched the increase in our city in the most profound way from a little town – with barely more than dirt streets – that now is poised to be a great city.”

In fact, on those dirt streets, McDermott was a bit of wild child racing her bike with the neighborhood kids. “And the bicycle races ended,” McDermott recalled, “with cuts, bruises, a broken arm or two until it was ended by the no-fun families and the Highland Park police.”

McDermott graduated from University of Texas and began her career as a newspaper reporter first with the “Dallas Times Herald” and later the “Dallas Morning News.”

Hobson Wildenthal recalls how McDermott said she left newspaper work: “She tells the story that she lost her newspaper column when she reported on a debutante ball and recounted the very mildly risqué ditty the debs sang. Her column was called ‘The Social Lights.’ She said, ‘the lights were turned out.’” 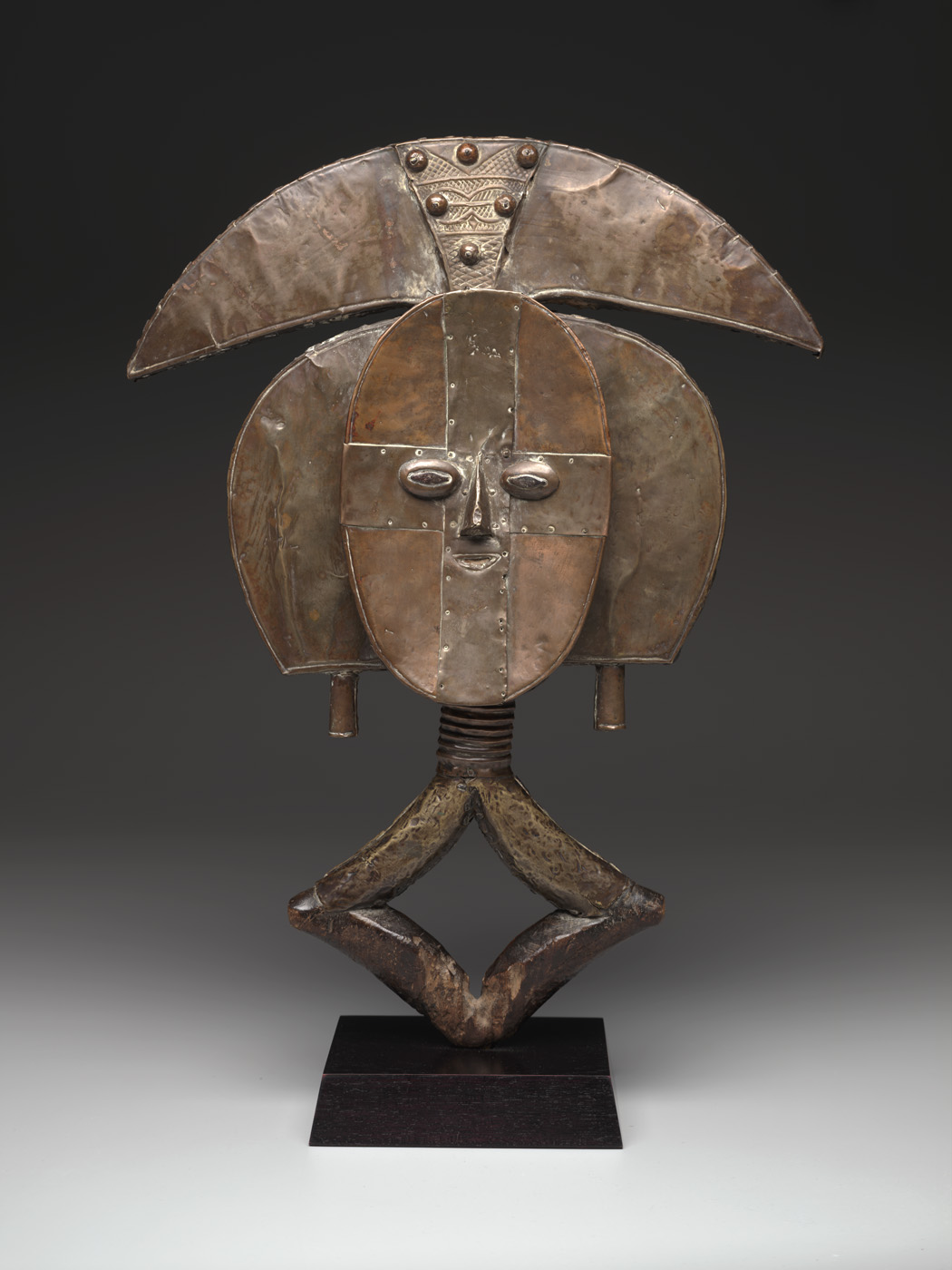 Eventually, their Highland Park home was known for its collection of Impressionist, post-Impressionist and modern paintings by artists such as Claude Monet, Toulouse-Lautrec and Picasso.

Eugene McDermott co-founded St. Mark’s School and served as board president from 1946 to 1956. The two were involved with Margo Jones’ original Theatre ’47 – the theater company that pioneered the regional theater movement across the country in the ‘60s and ‘70s. After each stage performance the couple attended, McDermott once recalled, her husband often stood up and proclaimed, ‘Wasn’t that wonderful?’

A trustee of the Dallas Museum of Art for 57 years, McDermott herself was the largest single contributor to the DMA, donating more than 3,100 works to the collection. Most of the museum’s African art collection was hers, and she was a significant force in moving the DMA to its current location in the Arts District from Fair Park. Thomas says that it was characteristic of McDermott’s philanthropy that she often didn’t donate the largest amount. Instead, she often donated the first large amount, the seed money, the trigger that could truly get a major project started.

It’s also characteristic of the couple and their lasting influence that Eugene McDermott co-founded UT-Dallas in 1961 as the Graduate Research Center of the Southwest. His company, Texas Instruments, simply couldn’t attract the high-quality, high-tech engineers it needed. But the way UT-Dallas is today – the way the campus is laid out, the buildings that are there, are due largely to the McDermotts’ gifts and guidance. Wildenthall claims it may be McDermott’s single biggest change to the city.

“Ultimately, we engaged Peter Walker, the landscape architect who had done the Nasher landscape, and we just finished the second phase of it,’ UTD’s Wildenthall says. “But it’s a very major undertaking, major for her, major for us … truly transformed the campus. There was an Economist article back in ’94, I think, kind of a Dallas issue, the only thing it said about the UTD campus was that it resembled an abandoned Walmart. It’s absolutely true we now have an elegant campus, truly transformative” because of the total redesign by Peter Walker. Last year, Walker became the first recipient of the $150,000 Richard Brettell Award in the Arts from UTD, a prize endowed by McDermott.

Regardless of all her patronage, influence, leadership and encouragement, in the future, most Dallasites may still know McDermott mostly for the Calatrava bridge. McDermott liked to praise things as ‘A plus.’ At the bridge opening, in what she called her final public speech, she said, “And let’s think of the great things that have happened with hard work, effort and achievement – the Arts Center, our educational project, the Trinity River Project. And for me, that’s it for tonight, my last speech. Except gratitude and appreciation for this — A plus. Thank you so much.”