Skip Navigation
Home > ArtandSeek.net > ‘Mexico’ Gets Modern At The DMA
“México 1900–1950: Diego Rivera, Frida Kahlo, José Clemente Orozco, and the Avant-Garde” is on view at the Dallas Museum of Art until July 16th.

The Dallas Museum of Art’s new exhibition “Mexico: 1900 to 1950” is turning into a major attraction. It features works from masters like Diego Rivera and Frida Kahlo and contains nearly 200 works showcasing the widespread creative explosion Mexico experienced in that period. In today’s State of the Arts – Art&Seek’s weekly look at what’s making news in the North Texas arts scene – Art&Seek reporters Hady Mawajdeh and Jerome Weeks talk about why crowds are flocking to see it. 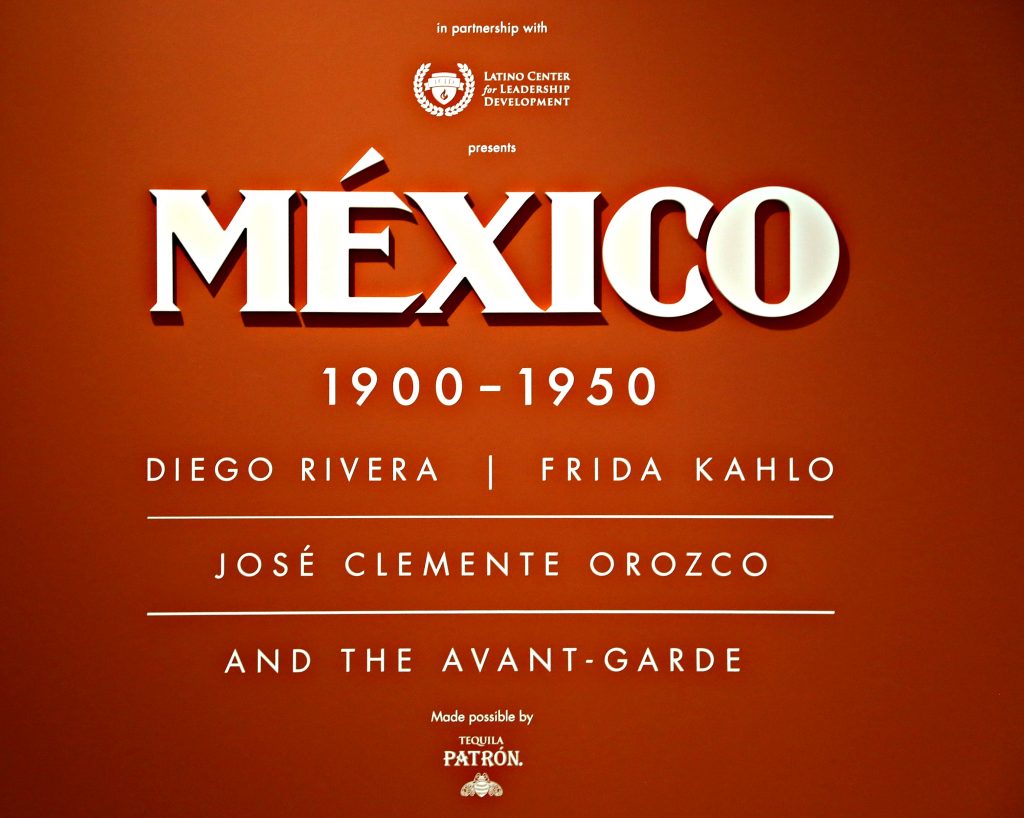 Hady: Jerome, we’ve both seen “Mexico 1900 to 1950” at the DMA a couple times, and I’ve got to say it’s big. People should know it’s so big, it actually starts up on the fourth floor and continues on the first. And it’s not only big, but it’s colorful and it’s a testament to just how much Mexico’s artists have offered the world. And it’s drawing an overwhelming response from the public.

Hady: And it’s not just the number of visitors; it’s the diversity. There were more young people and people of color than I have seen at any art show here. Entire families have been showing up and I spoke to the patriarch of one family. His name is George Rodriguez. And Mr. Rodriguez told me I wasn’t alone in noticing the sorts of people that came out to see this show.

“I’m shocked at all the people that are here,” said Mr. Rodriguez. “You know I’ve never been to the Dallas Museum of Art and seen it this crowded. I think that this is fantastic for our culture. I think this is great for our country. And I think it says a lot about the value of the Hispanic culture and the art. So I’m very proud to be here today and to be able to see this and be part of it.”

Hady: The popularity of this show is partially a testament to an outreach campaign called “Yo Soy DMA.”  Before the show opened, the museum placed volunteers in places like bakeries and schools to explain the exhibition, to get the word out.

Jerome: What’s also remarkable is that this is an exhibition you pay for. The DMA’s usual free admission doesn’t apply. Now, that free admission policy by former DMA director Maxwell Anderson has attracted a lot more people to the museum. But the Mexico exhibition costs $16 – for a family of five, that’s $80. So the Yo So DMA campaign even raised funds so families could see it.

Hady: You’re right. That’s why during the show’s there’ll be nearly a dozen days when people can visit for no cost. And if you’re a Spanish speaker, the entire show is presented in both English and Spanish.

Jerome: Now people are acting as if the show is completely new and astonishing. It is a landmark show, and the catalog itself is a major work. But the DMA has had a long, fruitful relationship with Latin American art. In fact, while you’re at the show, it’s worth checking the origins of individual artworks. I counted more than a dozen from the DMA.

Hady: In other words, this show was originally presented in Paris, but we’re seeing a significantly augmented version — because of the DMA’s own holdings.

Jerome: Right. And people are likely to come for the Frida Kahlos and the Diego Riveras, and they’re certainly worth it. But I grew up in Detroit, which has some of Rivera’s biggest, greatest murals. And to me, seeing his work in context with, I admit, some exceptional painters I’d never seen before, you’ll really appreciate the incredible ferment that was going on. 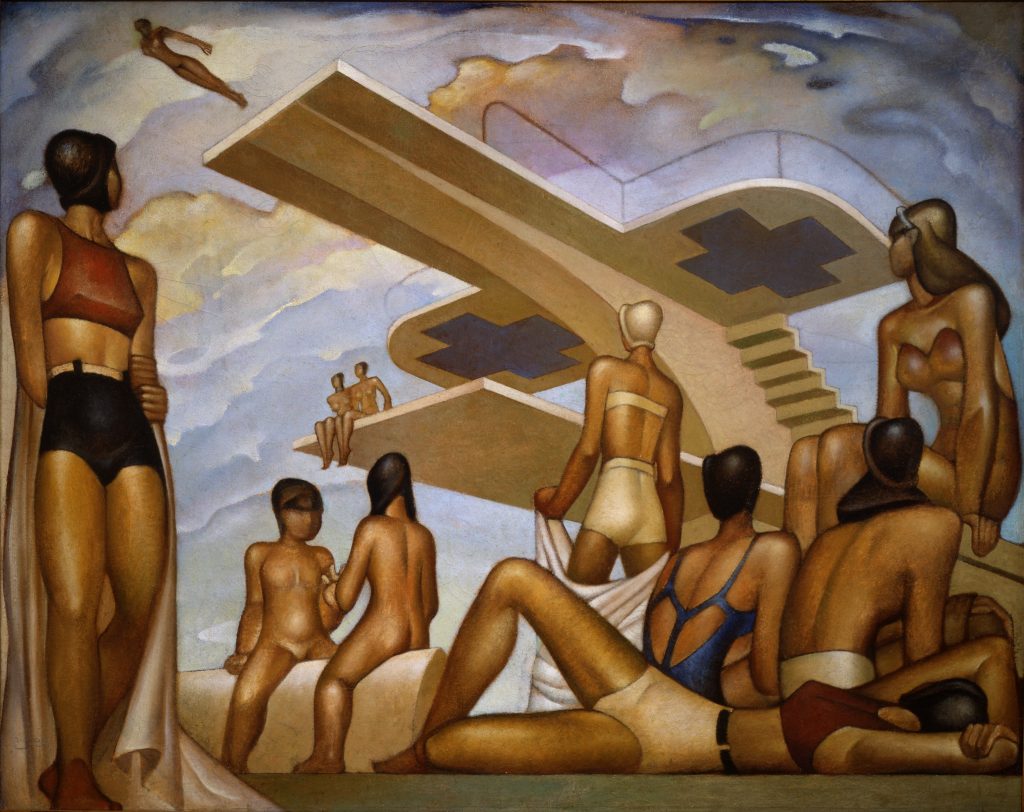 But the show does have two weaknesses that surveys often do. It was a terrific idea to include film. Directors like the great Spanish surrealist Luis Bunuel worked in Mexico. But so many of the exhibition screenings are snippets; it’s like you’re being bombarded by postcards. You get tantalizing glimpses, at best.

Also a chronological survey needs a historic reason to start and a reason to stop. The start here makes sense – Mexican artists visited Europe before and during World War I, soaked up modernist influences, brought them back and made them their own. That’s why the full title of the show is ‘Mexico 1900-1950, Diego Rivera, Frida Kahlo, José Clemente Orozco, and the Avant-Garde.’ So the show tracks all these ground-breaking styles and influences like symbolism, surrealism, ‘outsider art.’ But then it just halts.

Hady: You’re right! I saw visitors respond to the end like I did – you look around the corner and wonder, Why does it stop here?

Jerome: Now this is the kind of show we might have expected from the new director Agustin Arteaga, who’s from Mexico. It’s a grand opening for him. He’s playing from strength here, this is what he really knows. 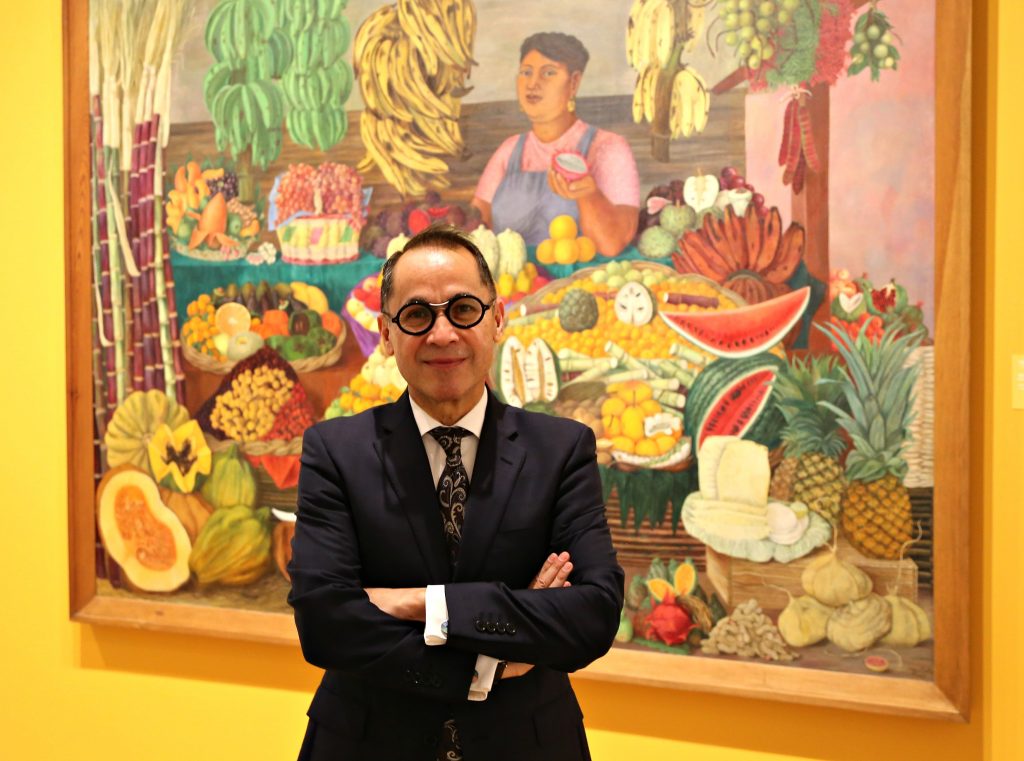 Hady: So going forward, it’ll be interesting to see what else he can bring in and what effect the Yo Soy DMA campaign has long-term. Agreed?