Naudline Pierre is in good company.

Naudline Pierre’s solo exhibition, “What Could Be Has Not Yet Appeared,” will be on view at the Dallas Museum of Art through May 15, 2022.

One of the New York painter’s works, part of her new solo show at the Dallas Museum of Art, is currently hanging alongside the Renaissance and Baroque masterpieces on the second floor of the museum. From mentions in The New York Times to Artnet, there’s been a lot of buzz around the artist’s museum debut. 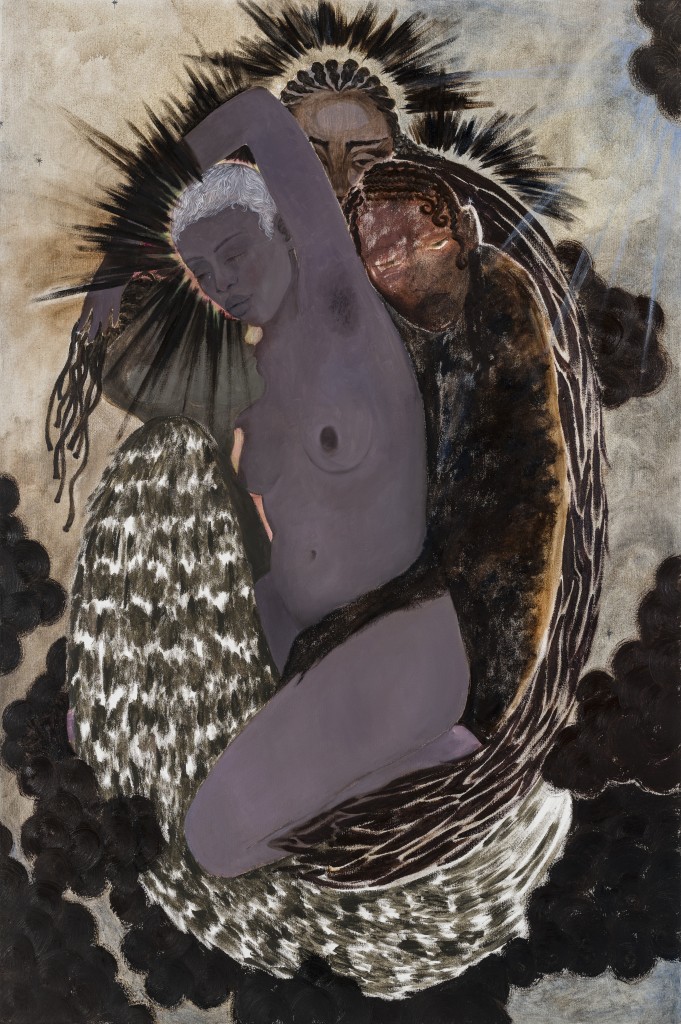 Naudline Pierre’s “Too Much, Not Enough.” Courtesy of the artist and James Cohan, New York. Photo by Paul Takeuchi.

Three angel-like women, washed in deep ochre and plum hues, sit in loving embrace. They’re all shrouded in heavenly light, black stars, and dark clouds. It works well beside the lush, religious iconography of the Renaissance. But whereas the likes of Da Vinci and Botticelli saw the world through 15th century Europe, Pierre’s world is that of a contemporary Black artist.

“To be taking from this sort of long, rich history, reimagining the figures within those compositions and then placing that within this context is huge for me,” Pierre said.

While her work may draw from Renaissance art, Pierre centers Blackness and femmehood in her paintings. She recontextualizes these identities, placing them within vibrant parallel universes.

Pierre created the painting called “Too Much, Not Enough” last year after a months-long hiatus. The pandemic’s influence is apparent in the transformation of her palette. Jewel-toned, otherworldly paintings from 2017 deepen into smoky grays and magentas in her 2020 works. 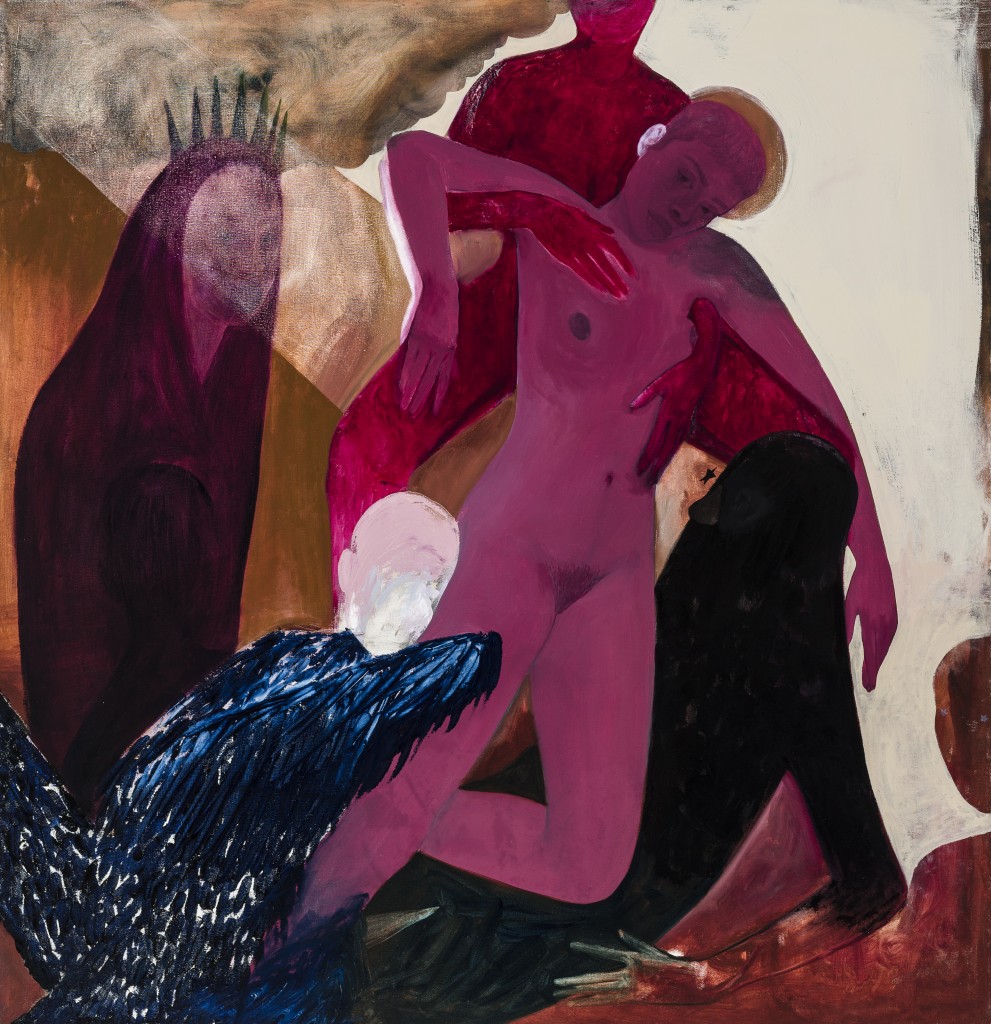 Naudline Pierre’s “Hold Me This Way.” Courtesy of the artist and James Cohan, New York. Photo by Paul Takeuchi.

“This was reimagining connection and care after such an interesting and difficult moment of isolation,” she said. “I like the idea of imagining something so far away that the rules of this earth don’t necessarily transfer. Gravity is not the same. Light is not the same. That allows for escape. It allows for a sense of the future that is not bound by what has happened here.”

The rest of the artist’s museum debut is downstairs, including five brand-new works. The DMA has also acquired one of Pierre’s works, “Lest You Fall.”

The exhibition is free to view through May 2022.