Skip Navigation
Home > ArtandSeek.net > Neither stings nor summer heat can stop this Texas beekeeper from saving wild bees in his new reality show

Ashley Scott Davison is no stranger to dangerous encounters with wildlife.

“I got chased by an elephant in Zambia. I got chased by a giraffe in Kenya,” the Austin filmmaker said. “But, I think it’s more demanding to film bees in Texas in the summertime.”

Davison spent three years working on a National Geographic documentary about population decline among giraffes across Africa, but his latest project is closer to home. “Charlie Bee Company,” a new show airing nationwide on PBS this spring, features New Braunfels beekeeper and removal specialist Charlie Agar as he rescues wild bees from San Antonio to Austin in the sweltering Lone Star sun. 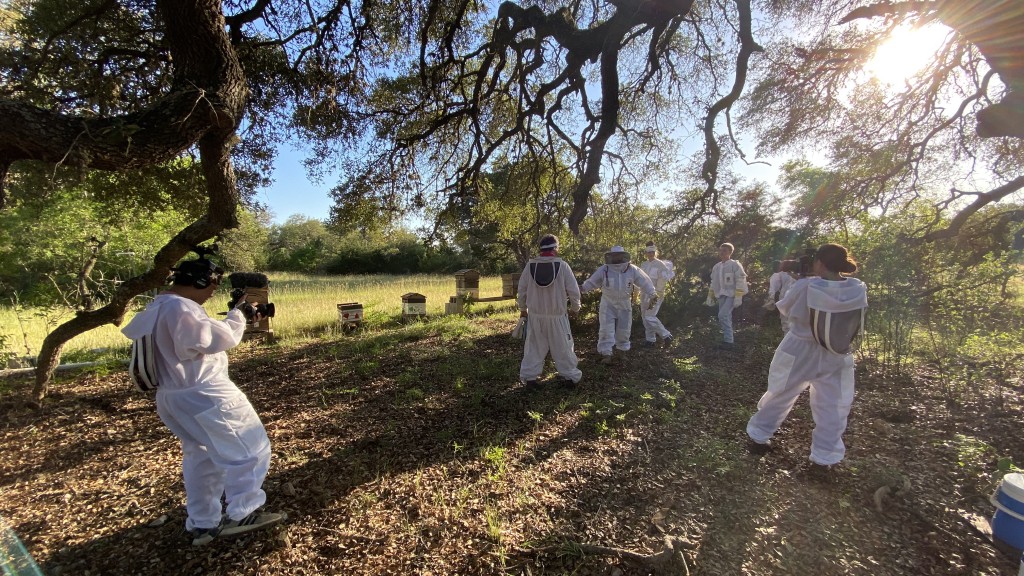 Just imagine trying to keep a camera steady underneath the crawl space of a mobile home when it’s 105 degrees outside.

“We all probably lost 10, 15, 20 pounds just in water weight that summer shooting it,” Davison said.

Unlike giraffes, bees can get all up in your business, squeezing into the crevices of a big camera or buzzing right into your frame.

“There’s no eyepiece because you’re wearing a veil over your head. There’s no tripods because you have to be moving all the time,” he said. “We had to make sure the cameras had in-body image stabilization. We had to be really close to these bees to get a sense of what was going on.”

But for Agar, it was all in good fun.

“We were having a ball making it,” he said. “I’m having a ball playing with the bees. I think that’s our story, and I hope it comes across in the show”

“Charlie Bee Company” focuses on Agar’s business of the same name, following him as he fields nervous calls for bee removals from inside walls, boats, hot tubs and old oak trees.

Once Agar rescues the bees, he puts them to work by harvesting and selling their honey. The first step is reintroducing a queen bee to the feral colony. Agar still remembers learning the biology behind that process at a beekeeping presentation.

“I had no background in it and no interest per se,” he said. “But this presentation was captivating. I’d never thought about how a queen lays 2,000 eggs a day in the high season and can live up to 4 or 5 years. How they requeen, colonize and pass on their genes as a superorganism.”

Agar also leases bees out to Texans with rural land. Raising bees on their property lets landowners qualify for an agricultural valuation, which can reduce property taxes. The beekeeper places hives on people’s property and manages the insects himself.

“I always invite the property owners to join me,” Agar said. “Sharing beekeeping is one of the big joys for me, and I’m a bit of a show-off.”

A former journalist, Agar tags along with other bee lovers on the show to explore the different aspects of beekeeping. He visits a local brewery that makes honey ale and gets a look inside Texas A&M’s Honey Bee Lab.

Agar and Davison both wanted the show to maintain a lighthearted tone, rather than focusing on the “doom and gloom” behind the health of the honeybee. U.S. beekeepers lost about 45.5% of their managed colonies from 2020 to 2021, according to a survey from the nonprofit Bee Informed Partnership. Habitat loss, pesticides and unstable weather patterns are all major concerns.

Agar doesn’t shy away from those truths. He said he lost a lot of hives during the winter storm in Texas, and an extremely wet May resulted in one of the worst honey production years in decades.

Still, he believes fueling the public’s curiosity and appreciation for the insect opens up conversations.

“It’s going to make a big impact on how people see their source of food or what they’re supplying at home to pollinators,” Agar said. 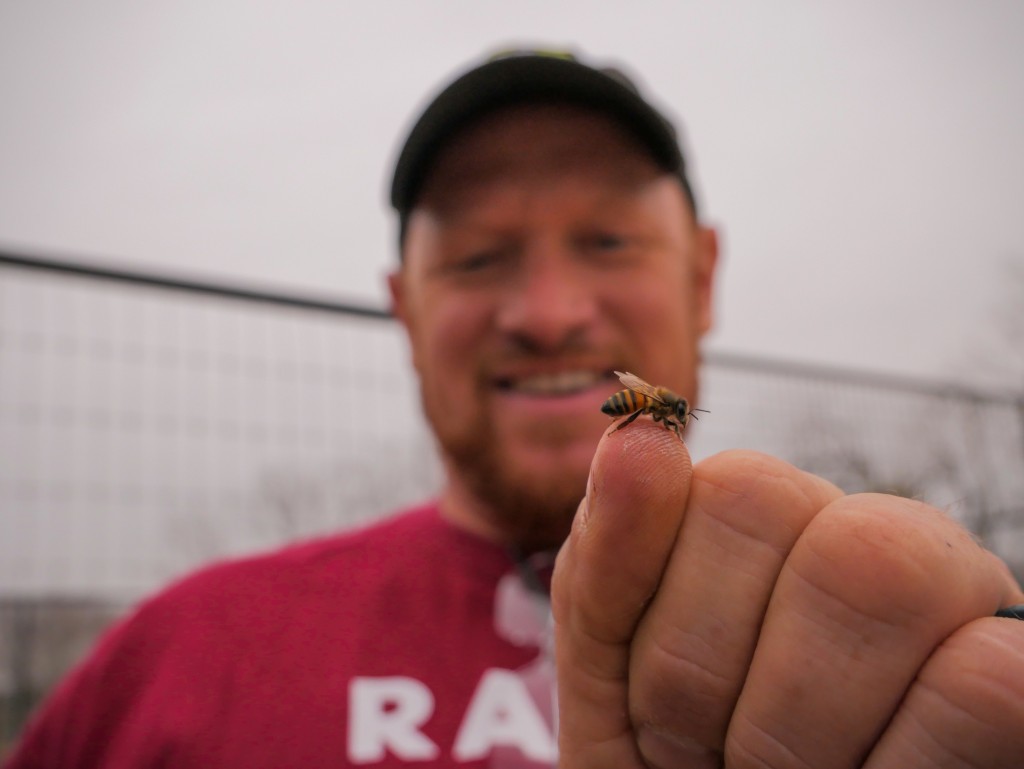 Agar has always considered himself a nature lover, but it wasn’t until he was “dragged” to a honeybee presentation that he became enthralled with the insect. Photo courtesy of Iniosante Inc.

That’s certainly what Davison hopes people walk away with after seeing the program.

“Literally, every third bite of food we have, you can thank a honeybee for,” he said. “I just want them to appreciate this amazing little pollinator.”