The construction of Interstate 35E in the 1950s divided Oak Cliff.

Now, a deck park similar to Klyde Warren Park in downtown Dallas aims to bridge the opportunity gap created by the highway. The Southern Gateway Park will stretch over I-35 between Ewing and Marsalis Avenues, close to the Dallas Zoo. 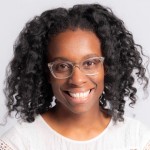 April Allen is the president of the Southern Gateway Public Green Foundation. She spoke to KERA about her vision for the park.

On the division created by Interstate 35E

“In the ’50s and early ’60s, when the Interstate was built and headed down south from downtown Dallas, it tore through a historic African American community. It was one of the original Freedmen’s towns in Dallas. Of course, we know it as the Tenth Street Historic District. That created a division in Oak Cliff from west to east.

On the west side, there was a thriving downtown Oak Cliff decades ago, and it has become a primarily Latino community with a very thriving economic district along Jefferson. We have all the growth in “north” Oak Cliff around Bishop Arts, extending out to Kessler Park and even up into West Dallas. 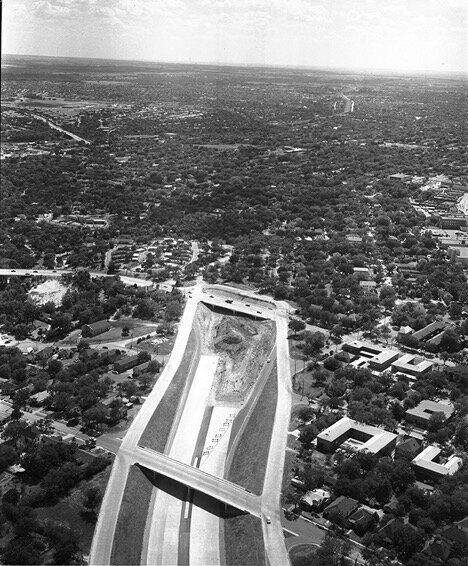 The construction of the R.L. Thornton Freeway cut directly through the heart of the Tenth Street neighborhood, demolishing homes and businesses. Photo courtesy of AIA Dallas.

So, there’s a lot of activity and momentum on the west side of the freeway, but the likelihood of it kind of jumping the freeway and impacting the neighborhoods on the east side of Oak Cliff, it’s probably limited without a catalytic investment in infrastructure like the investment that we’re making with this project.”

On how community input helped shaped the park’s design

“We heard from some of our school leaders in the surrounding community, as well as seniors, that it can be difficult to get dropped off at other parks in the city. Because we are adjacent to an interstate access road, we wanted to be sure that we were providing safety and security for folks as they get dropped off. That turnaround lane can be used for drop-offs. It can also be used to host food trucks. We also thought about things like hosting mobile health clinics. We’d love to play a role where we’re bringing that to the community, instead of asking them to go outside of their neighborhoods to find it. 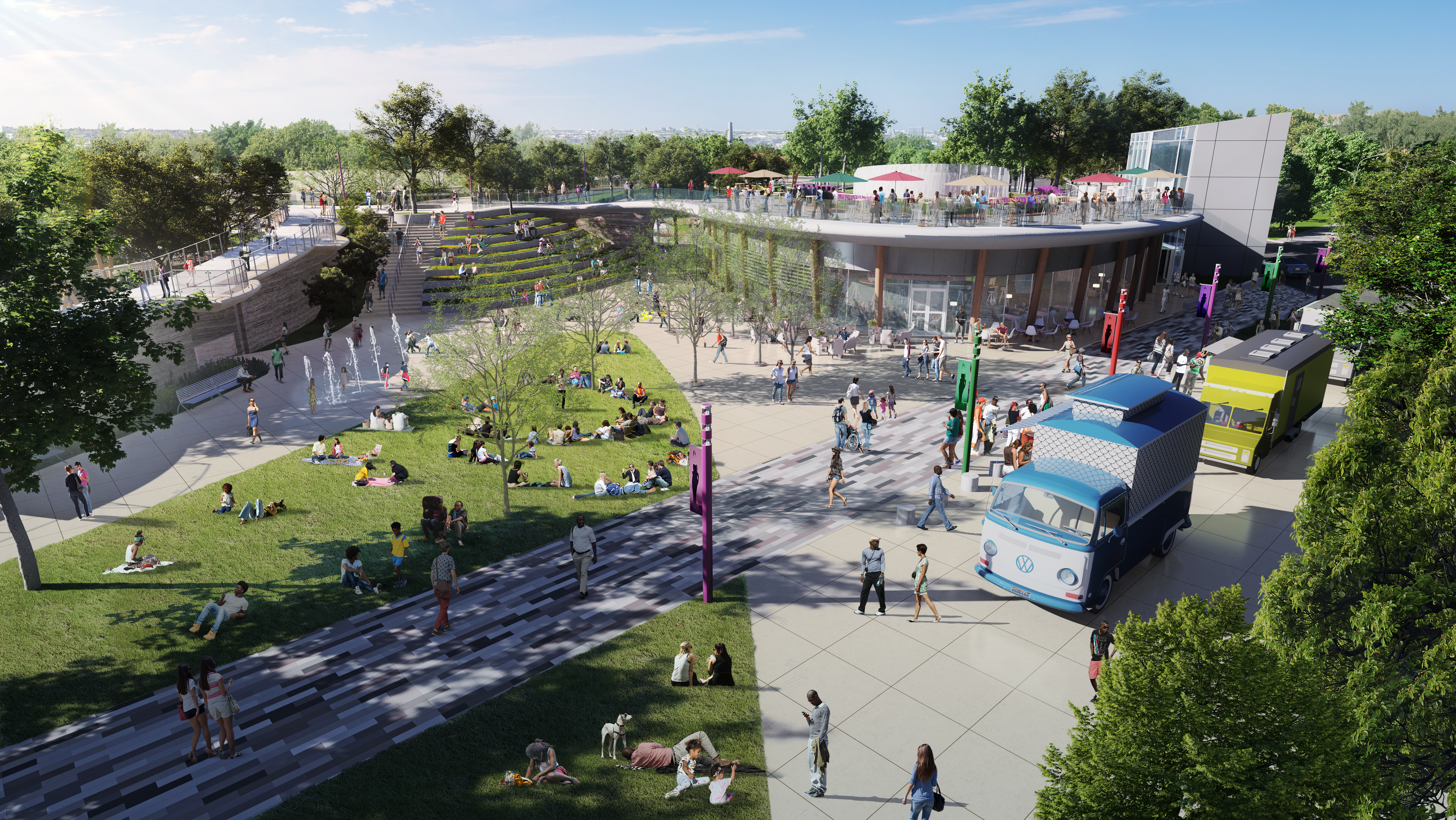 Our multipurpose pavilion is another space that I’d like to talk and share about because it will house restaurants, retail, maybe some meeting space, pop-up art exhibits, but we’ve been intentional about making it a very flexible space so that we can offer it to members of the community and really reflect the reality of what it is like to live in Oak Cliff.”

“We call it a park with a purpose because really our goal is to be the catalyst for the type of opportunity that has been missing in this part of Dallas. We’re hopeful to spur the type of economic development that is missing in some of these neighborhoods, but also through our equity work, we have been really intentional about thinking through how the park will impact the lives of the people who live around it.”

“We would like to be a convener of stakeholders, so making sure that maybe property owners who are thinking about what their plans are going to be are hearing from us about the importance of diverse housing options and ensuring that we’re providing options for people up and down the economic and socioeconomic scale. But, also be an advocate for diverse housing policy.

We’ve already been making it clear to some of the area owners that diverse housing options as a priority for this community and that it will need to be prioritized.”

On deck parks as an infrastructure model for Dallas

“I think that Klyde Warren demonstrated what a game changer this type of infrastructure investment can be for the area that it’s in. Our project, because it’s in a primarily residential area, we’ll demonstrate how it can really impact the everyday lives of people who live surrounding it. 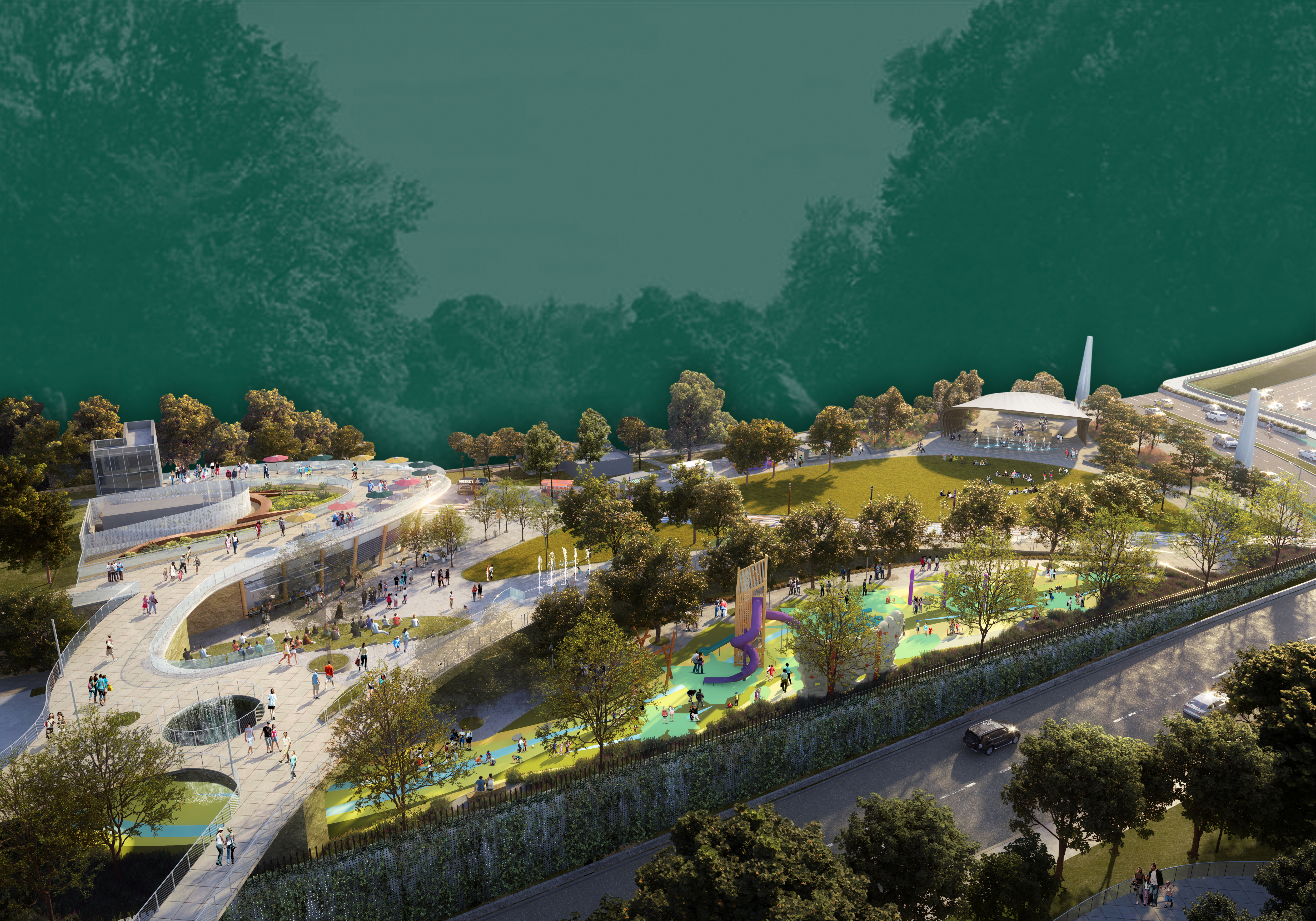 I think that can be a model for our city, for our state, and really nationally because this story of freeways going through communities is true in many cities across the country. We’re under construction. It’s happening, so we’ll have some proof points of that in somewhat short order. I think that’s really exciting.”