Skip Navigation
Home > ArtandSeek.net > New Ideas About Our Landscapes At The DMA

The latest exhibition at The Dallas Museum of Art reframes the idea of landscapes – they’re not just pastoral scenes and purple mountain majesty. KERA contributor Quin Mathews takes a look at the show — and a listen to the poem that inspired it. You can click above to listen to the piece that aired on KERA FM. Or read it below:

American landscape paintings were the IMAX movies of their day—breathtaking views of the wilderness safely viewed indoors.  But the DMA’s new senior contemporary curator, Katherine Brodbeck, imagined something new and different, of our time.

America Will Be! Through Oct. 6 at the Dallas Museum of Art.

The show is called “America Will Be!” Notice the future tense of the title.  It is America still forming.  And not just the United States, but all of the Americas.

“This is a really great opportunity for us to kind of take the pulse of what’s happening on a very emerging scale,” says Brodbeck.  “I wanted to incorporate a lot of those acquisitions to show this kind of younger generation juxtaposed with some of the more kind of landmark works.”

The landmarks are by established artists, like Richard Diebenkorn’s abstract painting of the Santa Monica coast, geometric pastel-blue, aquamarine and yellow, painted in 1970. 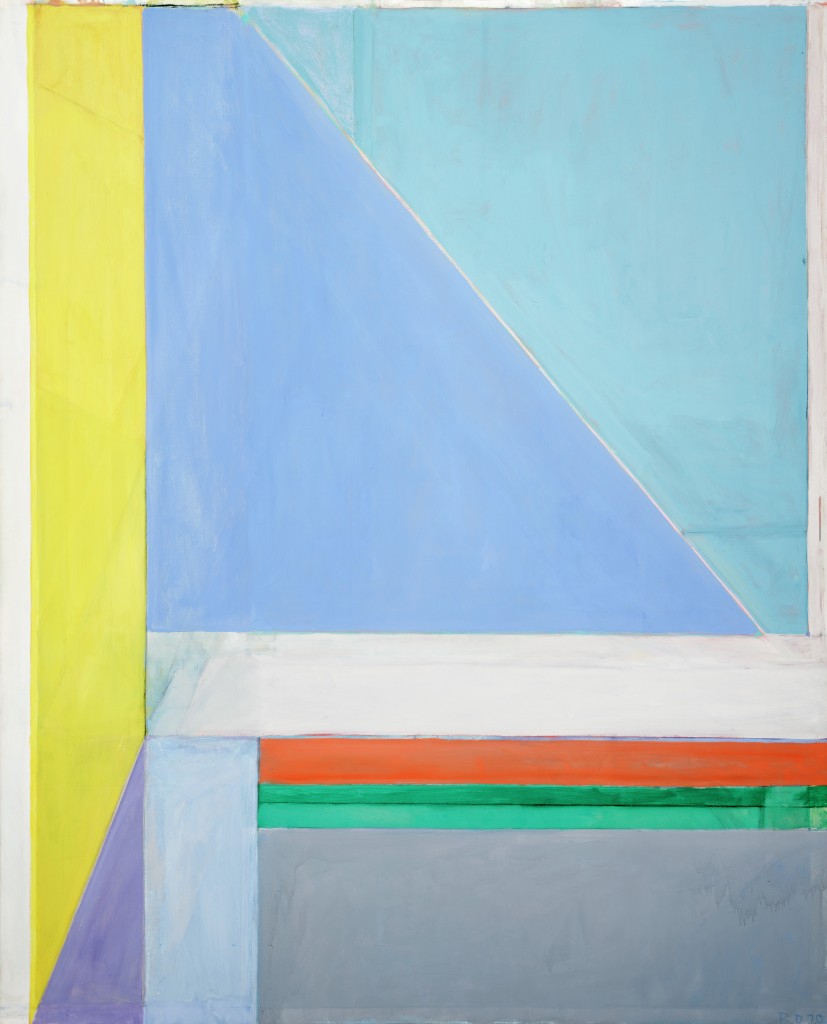 A black-painted wood form by Louise Nevelson is even older.  The oldest artist in the show, she was born in 1899.

More recent but still a conventional idea of a landscape Thomas Struth’s Dallas skyline, photographed from the top of parking garage on a particularly murky day. 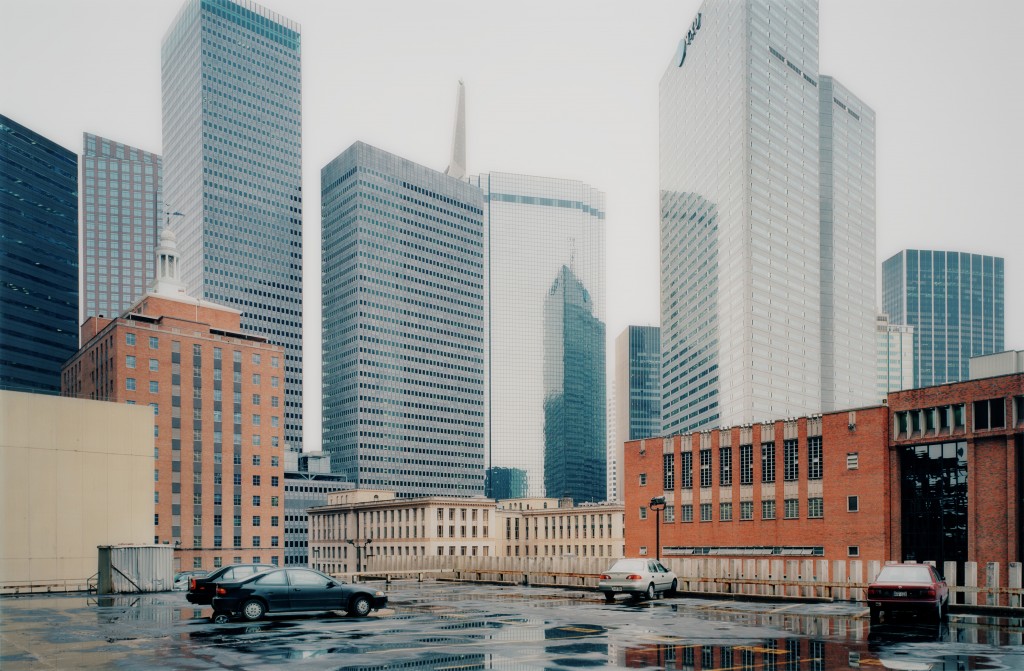 But what propels this exhibition into future tense are the works by young artists.  The DMA bought six works from the Dallas Art Fair.  One is called “Gusto,” by Shara Hughes, a violent tropical coast with a dark sea and purple sky, all from her imagination.

Fort Worth-born Justin Adian shows us a real place, the West Texas town of Levelland, made of foam cushions covered with canvas and spray paint.

The museum is broadening its collection with work by African American folk artists from the South.

“We’ve been thinking very seriously about our collection and how it can be more diverse,” says Brodbeck. “So, when we noticed that we had a hole to be filled we were able to make an acquisition to speak to that. There are a lot of works like that in the show. Latoya Ruby Frazier’s photograph; [she] is the first black woman photographer to enter the collection. Brian Youngen is a first nations artist, one of the first in the contemporary collection. Traditionally, artists of indigenous descent would be in our arts of the America’s collection. Then also we made an acquisition of works by the Souls Grown Deep Foundation  artists, which is a collection of work by self-taught artists, mainly from Alabama, from the Deep South.”

You may wonder why this exhibition is called “America will Be!” The inspiration came from what you might call a landscape in words.

“Hildy Nelson, our curatorial assistant, had brought to my attention this Langston Hughes poem, that had “America will be!” in the stanza,” says Brodbeck. “It’s such a beautiful poem that really speaks about how the American people can, in effect, redeem the American landscape, and make America its strongest and greatest through the diversity of experiences of the people who live there.”

Brodbeck goes down the hall and brings back Nelson, who has been curatorial assistant for just six months.  And yes, she would love to read from the poem, “Let America Be America Again”

I say it plain,

America never was America to me,

And yet I swear this oath—

Out of the rack and ruin of our gangster death,

The rape and rot of graft, and stealth, and lies,

We, the people, must redeem

The land, the mines, the plants, the rivers.

The mountains and the endless plain—

All, all the stretch of these great green states—

With a mix of the established and the young, and with the drive of a young curator and assistant, the DMA challenges us to look at America—all of America— in a fresh way.