The pandemic made live audiences vanish and ticket sales flat-line. One solution for many performing arts groups has been simple enough: Just put some cameras on stage and record their show for people to view at home. Consider WaterTower Theatre’s holiday show, Ella’s Swinging Christmas: A Tribute to Ella Fitzgerald. It’s even modeled on splashy, classic TV specials from the 1960s. 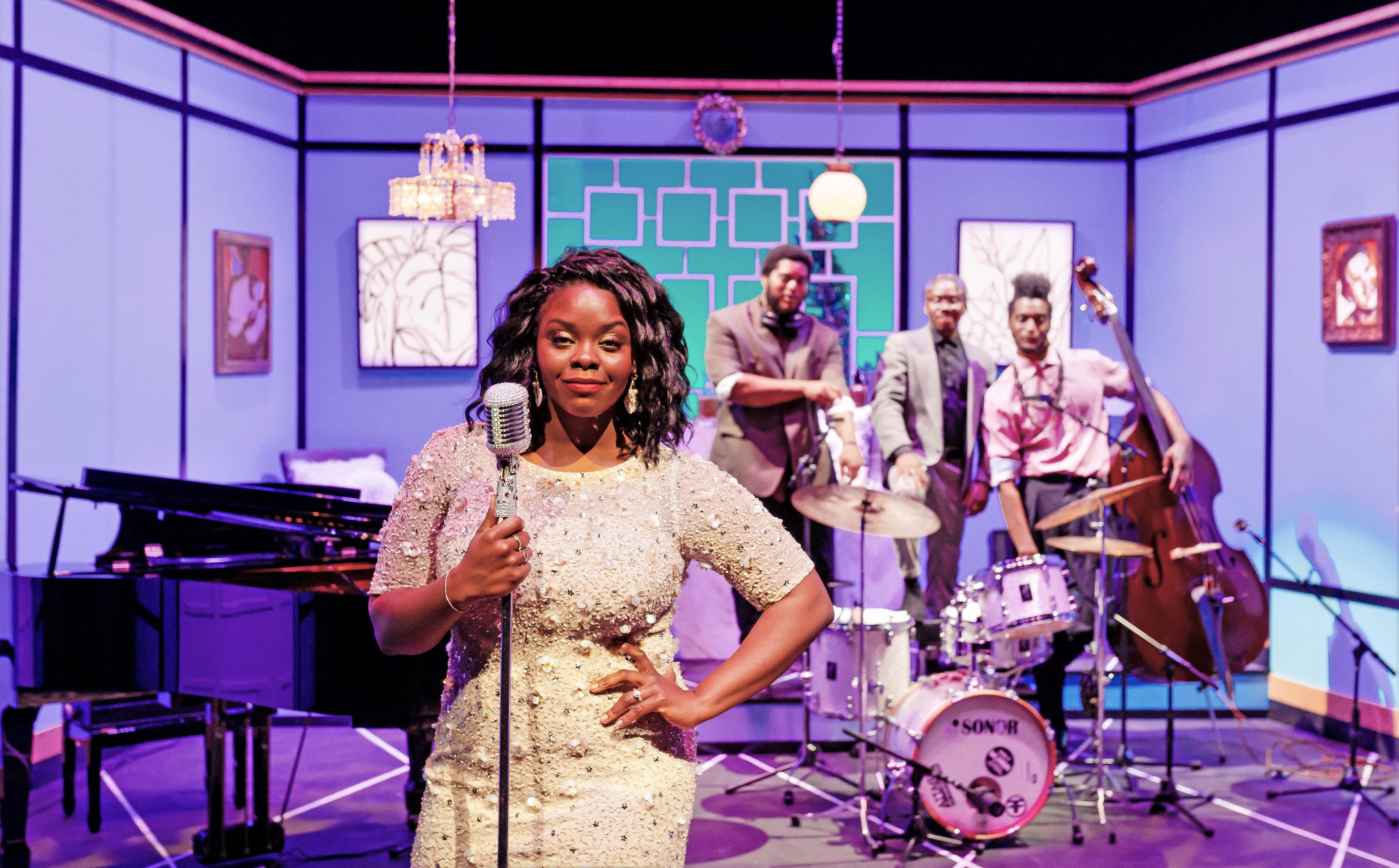 WaterTower Theatre will stream Ella’s Swinging Christmas: A Tribute to Ella Fitzgerald on demand November 27 through January 3. In the Bleak Midwinter: A Christmas Carol for Our Time will be streamed by the Dallas Theater Center from December 4 through January 2. The Bruce Wood Dance Company’s Hope will be streamed December 4-7. Do No Harm, Soul Rep Theatre’s co-production with SMU’s Perkins School of Theology, will premiere online January 4-30.

But Kevin Moriarty, artistic director of The Dallas Theater Center, argues an ordinary “filmed play” can be a daunting effort. Because this be virtual and not a ‘live’ play, the DTC is following the Screen Actors Guild’s COVID safety precautions. And those would require the Theater Center’s upcoming Christmas Carol to be an “anti-Christmas Carol” —  because there’d have to be “no kids, no ghosts, no singing and dancing, no special effects and no close-talking,” Moriarty said.

OK. So there goes a lot of the holiday warmth and cheer.

Because A Christmas Carol is a popular tradition at the DTC — not to mention a significant revenue source — Moriarty drastically recalibrated Charles Dickens’ ghost story for streaming. It’s now a video haunting.

Moriarty’s adapted the novel before — into an Industrial Revolution version that the DTC has been making a holiday regular since 2013. But this time,the show begins with Scrooge gasping awake in a hospital bed. What follows are digital hallucinations and memories. Called In the Bleak Midwinter: A Christmas Carol for Our Time, this new adaptation will be a smaller, more intimate, more contemporary, more psychological story. It’ll also be a “filmed play” like no other. 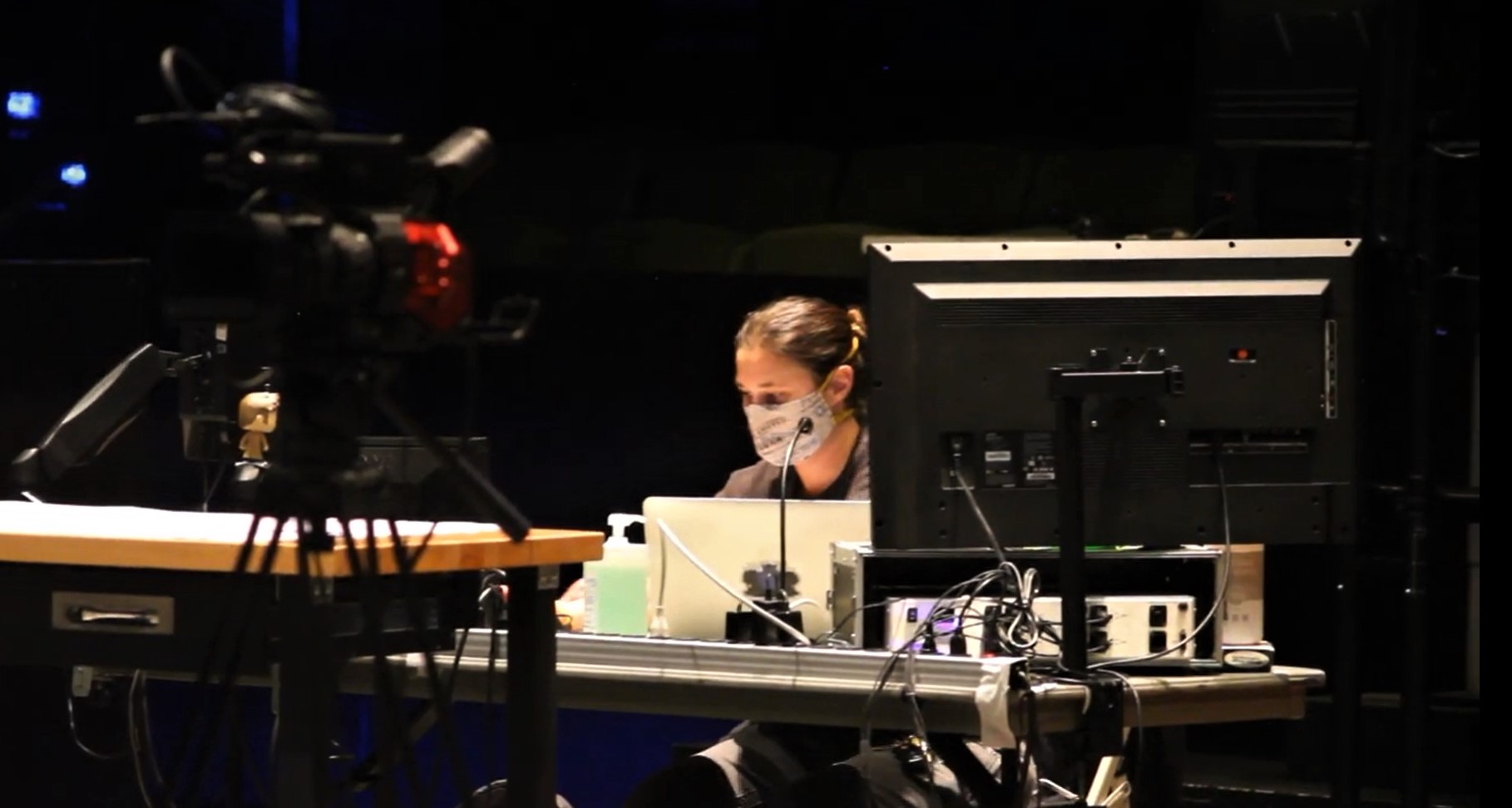 “We’ve built a set largely out of projection screens,” Moriarty said, “so that we can, y’know, cover all the different time periods without moving around scenery. And then the floor, which normally would be at different levels, is all flat right now for the ease of all the cameras that’ll be shooting.”

So the Wyly Theater, where the filming’s being done, has become a hybrid: a stage venue, a movie studio and a computer graphics department.

Other groups have taken their art outside. Along Riverfront Drive in Dallas’ Design District, six performers dance in broad daylight as traffic passes by. They’re in an empty, grassy lot with DigiBees, the video production crew, and choreographer Jonathan Campbell — originally from Dallas and now returned, having co-founded and directed the Madboots Dance company in New York for nine years.

What the performers are dancing to is A Lover’s Concerto – the old song by the Supremes, adapted from Bach’s Minuet in G Major. This dance piece will be a videotaped and edited dance piece — like a music video. It’s part of the Bruce Wood Dance Company’s ambitious, virtual holiday show, called Hope: six streamed premieres, four of them shot outdoors, all of them done under COVID safety protocols.

Gayle Halperin, Bruce Wood’s executive director, said, “It’s been extremely time-consuming. And time-intensive to do all this.”

One solo piece by Fort Worth choreographer Adam McKinney is Promise Me You’ll Sing My Song. McKinney scouted locations around and in Mountain Creek Lake — in an area where a black man was lynched in 1874. He rehearsed and choreographed the dance via Zoom — and then it took four days to tape what will stream online as six minutes of dance.

These are the traditional logistics of TV shows and Hollywood movies. Which do not sound very cost-effective for the non-profit arts world. But Halperin said, once you factor in renting Moody Performance Hall for a week for all the rehearsals and performances — as the Bruce Wood Dance Company does and many others do not — digital dance and live dance turn out to cost about the same.

But the problem is not the costs, Halperin admitted. It’s the income. Ticket sales for virtual shows still don’t compare to live performance sales.

One approach that might be cost-effective has been the use of Zoom conferencing. Zoom performances have absolutely flooded YouTube.

“We were grateful for Zoom’s technology for rehearsals,” said Anyika McMillan-Herod, executive director of Soul Rep Theatre. “But we did find there were limitations.”

She said Zoom is often static and isolating. This can be perfectly effective for staged readings, McMillan-Herod said. And for those dramas expressly designed with Zoom in mind. Otherwise, virtual conferencing keeps the performers in their own little, individual, onscreen windows — a virtual replication of our COVID quarantine.

Besides, she says, people have probably already spent their day in tiresome online meetings. For entertainment, do they really want to watch somebody else’s virtual conference?

Soul Rep and Cara Mia Theatre collaborated on re-imagining the stage play, My Red Hand, My Black Hand, not as a Zoom meeting but as an audio play — like a choral, musical work. They’re considering making several into a podcast.

Now Soul Rep just finished McMillan-Herrod’s own play, Do No Harm — they filmed it in a former slave cabin in Dallas’ Heritage Village. It’s a co-production with SMU’s Perkins School of Theology and will premiere virtually in January. Plus, they’re working on a second film.

It’s Soul Rep’s 25th season, McMillan-Herod explained. They wanted it to be a big deal. 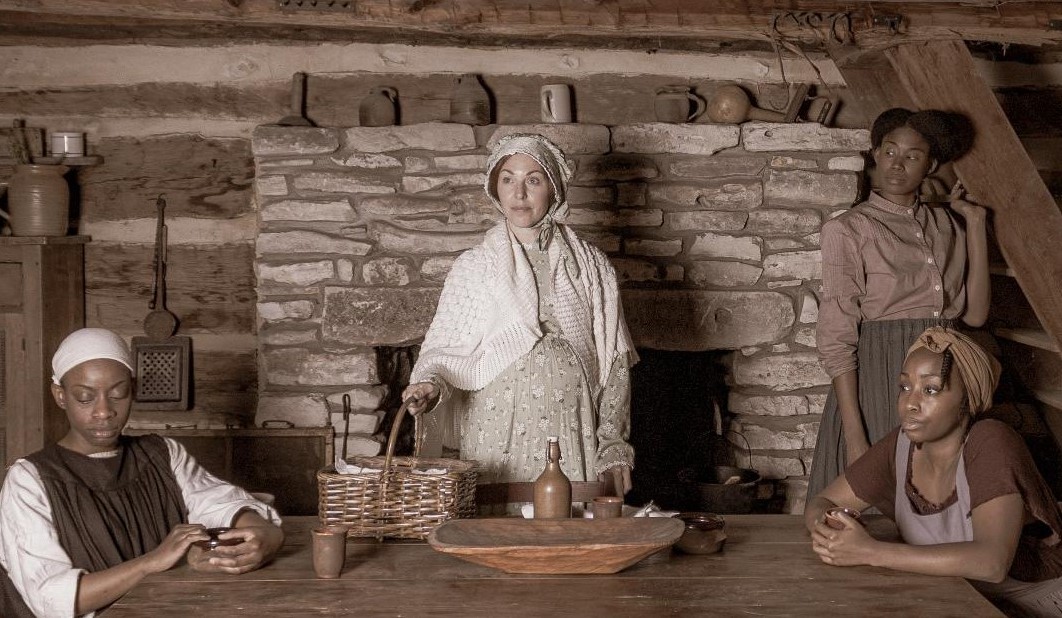 “At the beginning of the pandemic, we were, like, we’re used to struggle,” McMillan-Herod said. “How can we just continue to work? But then, why not do an audio play every year? Or a film once year — you know, why not?“

The pandemic, for all its awful disruptions and costs, has made videos, films, podcasts and virtual performances into possible, available choices for arts groups.

In the future, Gayle Halperin said, she sees Bruce Wood Dance presenting both live and online dance shows in its seasons.

“There’s nothing better than going to a live, in-person concert,” she said. “But I also think it’s beautiful seeing dance outdoors.”

And when viewers are stuck at home — those dancers and actors performing onscreen, they can look like freedom.