From sexual harassment and the #MeToo movement to confederate statues being removed, 2017 was a tumultuous year for the North Texas arts scene. In this week’s State of the Arts discussion, KERA’s Vice President of Arts Anne Bothwell sat down with Art&Seek reporters Jerome Weeks and myself to sort through the highs and lows.

Here’s how the conversation shook out:

Guys, there is a lot to discuss. But it seems as the though the biggest topic of discussion this year has been sexual harassment and the #MeToo movement. Things really got moving in October when The New York Times published a story detailing decades of allegations of sexual harassment against filmmaker Harvey Weinstein.

Hady, can you talk a bit about how the story played out in North Texas?

Hady: Definitely, the Dallas Theater Center and The Dallas Museum of Art both lost major administrators due to allegations of inappropriate behavior. Basically, they were accused of sexual misconduct. The DMA has been able to keep their entire controversy relatively quiet, but the North Texas theatee community is seething about what happened at the DTC.

I think the big difference is that Gavin Delahunty, the DMA curator who resigned, had been here only two years and hadn’t connected with the local art scene all that much. 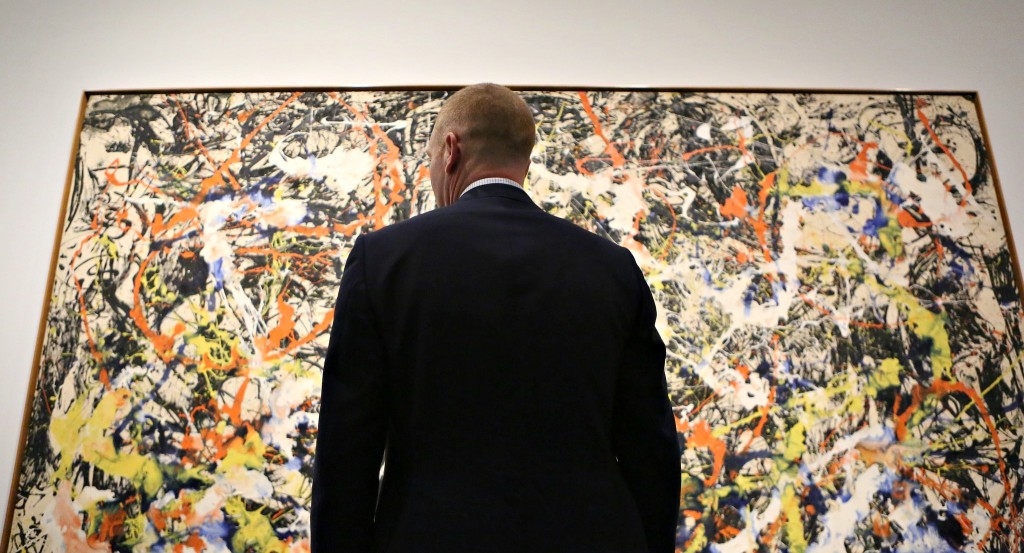 Yeah. And one of the many unfortunate things about both of these controversies is that they came at the end of two really big years. Hady, can you put that into perspective?

Hady: That’s totally true, Anne. You know, in the ppring both the DMA and the DTC were riding high.

In March, the DMA unveiled the blockbuster exhibition “Mexico: 1900 to 1950.” This led to their highest total number of visitors to any one exhibition in museum history. And on top of that, we reported heavily about the bridge that this exhibition seem to build with Latino audiences. It was a real coup for the new director Agustín Arteaga. But then we heard about Delahunty and all of that seemed to have been forgotten.

March was also a big month for the DTC. They had just opened a show of Shakespeare’s “The Tempest” at the Wyly Theatre. But this production had two hundred amateur Dallasites from across the city will sharing the stage with the pros. The show is part of a project called Public Works Dallas. And it was sort of a hit. And then, the DTC won its first regional Tony award. But after the news about Trull came out, people have sort of soured. At least temporarily.

Another national controversy that seemed to hit close to home was the outrage people had toward Confederate statues. Hady, you spent some time covering a local story and talking to people when a statue was removed in Dallas, right?

Hady: Yeah. And in Dallas this topic was a big deal. You may remember that a lot the outrage nationally began after the tragic murder of a woman who was killed at a protest in Charlottesville, Virginia (near the University of Virginia campus). White nationalists clashed with members of the Black Lives Matters movement, and the images from that day spread rapidly.

People across the country wanted symbols of hate removed and folks who love the confederacy really raged at the thought of people removing monuments that held importance to them.

This really came to a head in Dallas when the Dallas City Council voted to have a 81 year-old statue of Confederate Gen. Robert E. Lee removed from Oak Lawn’s Lee Park. People sued. A restraining order was granted, which halted the removal. And then a federal judge tossed the restraining order out. Finally, a giant crane came in and moved the statue. It was a real “will they, wont they” sort of situation. 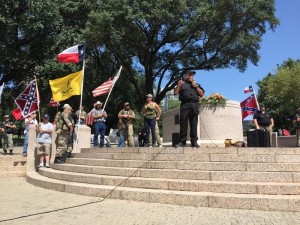 The “This Is Texas Freedom Force” gathered to oppose the removal of Robert E. Lee statue.
Photo: Hady Mawajdeh

Once it was gone – literally the very next day – supporters came out and they’re still demanding that it be put back up. Here’s what protester Christopher Ekstrum had to say:

“I’m disgusted by the amount of cowardice, moral cowardice that we’ve seen in Dallas. Clearly, this was an art historical statue that should have stayed. It was not placed by the KKK. It was not placed by neo-Nazis. It was placed by the famous fascist Franklin Roosevelt, who came here as president and dedicated it right out in the open with no crazies, no KKK and certainly no Nazis, who we went on to defeat. So this is a disgrace, this is absurd and most people couldn’t care less. That’s the real problem: They don’t care if it stays, they don’t care if it goes.”

I also want to note that Fort Worth and Denton have both put together committees to talk about and figure out what they are going to do with their monuments. So this story really isn’t over.

Management in the arts seems to shuffle every couple of years, but it seems like this year we’ve really seen a wave of turnovers and new hires in the region. Is that correct Jerome? Jerome: The changes have been huge in classical music. The Dallas Symphony is losing Jaap van Zweden and its CEO Jonathan Martin. They’re bringing in their first woman CEO, Kim Noltemy, who’ll try to bring in a younger audience. The Dallas Opera just announced that its CEO Keith Cerny is heading to the Calgary Opera. And in Fort Worth, where the symphony is trying to bounce back from last year’s strike, the board president, Amy Atkins retired. The Fort Worth Opera shocked the opera world by firing the energetic and innovative Darren Woods. They eventually hired general director Tuomas Hiltonnen to address the company’s financial problems. So the North Texas classical music scene has really been buffeted by changes.

Hady: But it’s not just classical music. Dallas Black Dance Theatre hired only its third director ever with Bridget Moore. The Dallas Summer Musicals hired a new president, Kenneth Novice, after it fired its veteran president Michael Jenkins last year. Fort Worth’s Jubilee lost its newest director Bill Ray after he’d been there less than a year. And the Greater Denton Arts Council has a new executive director with Georgina Ngozi. 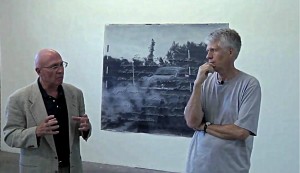 The loss I think will be felt the most in North Texas is that of the Modern Art Museum of Fort Worth’s longtime lead curator Michael Auping. He’s retired and moved to California. Here’s what he told Jerome about leaving earlier this year:

“There are pressures on curators to bring people into the museum. It makes an old man on me like me just feel tired. You know? At some point you just can’t be on that treadmill. We keep wondering when the art market will top out, but it hasn’t happened.”

Now, this year wasn’t all bad news…was it?

There’s also a huge building boom happening in North Texas. And it’s being reflected in the arts. Will you guys give us a couple examples?

Hady: Yeah, UNT broke ground on a new $70 million art school, while TCU has shown its plans for a new $53 million school of music. And the Dallas Holocaust Museum broke ground in the West End.

Jerome: With all this money being thrown around, it’s worth noting that a new study came out this year that said North Texas culture is already a $1.5 billion industry. It’s tripled in size over five years. So it’s little wonder that controversies and leadership changes are happening here — there’s a lot at stake.