Dallas Morning News critic Scott Cantrell had a different take on the show. And at Theater Jones, Gregory Sullivan Isaacs chatted with Fabiano before his performance.

The audience at Dallas City Performance Hall was responding especially to the closing piece, a Puccini aria selection from Le Villi. The performance confirmed Fabiano’s reputation as the singer who critics say “has held audiences spellbound” and “who is considered one of the greatest tenors in the world today.”

Had the recital ended before intermission, the audience reaction might have been quite different. Fabiano opened with a rather morose Puccini Art Song.  The tone and words evoked fear. And several of us feared for Fabiano, who seemed fearful himself. He appeared stiff and fixed in place, and held on too tightly to the piano.

He was not the brave singer to come, when he later exhibited a steady and secure voice. Somehow following intermission, he commanded the stage. His suit was still too tight (which my opera-singer guest suggested might be hampering his breathing), but he found his identifiable voice, the quest of every young singer.

It was obvious that Fabiano was more comfortable in the arias. There, he could play a role, create a character, let loose his body, wave his arms, clasp a fist and move the audience with motions as well as music. 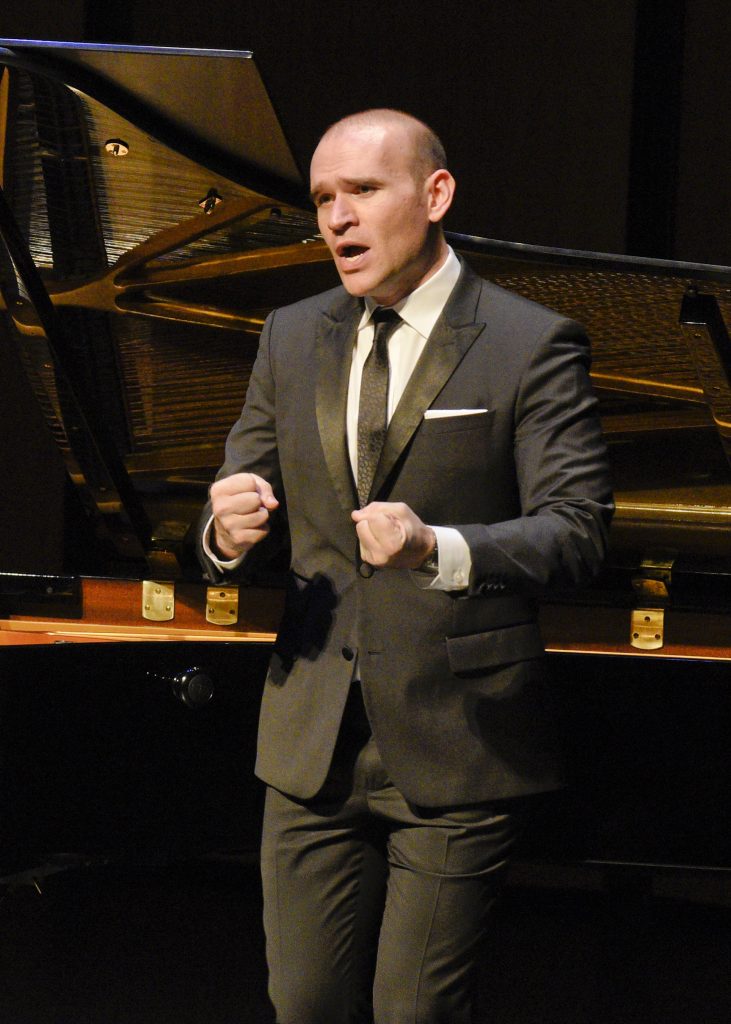 The Art Songs, short musical poems, mere minutes of a memory, proved more of a challenge. Yet they, too, deserve a grand gesture, a grimace, an empathetic embrace.

Reagan Miller, a Booker T. Washington High School senior opera student seat mate, disagreed. Reagan explained that overacting would detract from the song and be too much about the singer himself. Perhaps. Yet, having not  read the translation or  being familiar with the selections,  I needed that hook to relate to the music.

And yet, when Fabiano was role-playing in the arias, permitting his body to free his booming, enveloping voice, I needed no translation.  Then his empathy and emotional connection to the character and the story moved me mightily, and the music invaded my body. Bravo!