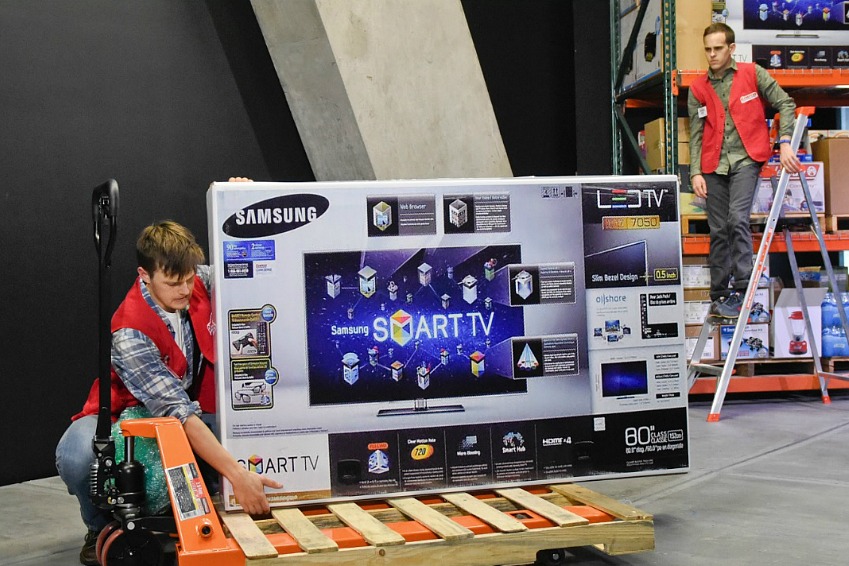 This weekend, the Dallas Theater Center premieres a new play by a writer who won the so-called ‘genius’ fellowship last year from the MacArthur Foundation. The play, ‘Clarkston,’ is set in a small town in the far Northwest, where all of playwright Samuel Hunter’s dramas take place. KERA’s Jerome Weeks says it’s also not the first of his sad-funny plays to take place in a big-box store.

‘Clarkston’ runs at the Dallas Theater Center through January 31st.

When he was in high school, Samuel Hunter worked in a Wal-Mart in the small Idaho town where he grew up. So it’s no surprise a chain store, a Hobby Lobby, is where he set ‘A Bright New Boise.’ That was Hunter’s breakthrough play in 2011, it won an off-Broadway Obie Award. But now in ‘Clarkston’ at the Theater Center, we’re back in the kind of vast retail space that defines so much of America and American work. This time, it’s two stock clerks in a Costco.  Jake is from out of town and a new hire. Chris is a long-time resident of Clarkston and a Costco veteran. And they work together like a well-oiled watch.

Jake: I mean, I’m ready for the training.
Chris: OK.
Jake: So what do I do?
Chris: You take the stuff and put it on the shelf. That’s basically the training.
Jake: Oh. Cool.
[Jake starts throwing stuff on a shelf haphazardly.]
Chris: I mean, you have to, like, put it in rows.
Jake: So … there’s more training.

Samuel Hunter says he doesn’t know why his teenage experiences at Wal-Mart have shaped his playwrighting. “But I just have all of these really specific memories of the drudgery of the day, and then the relationships in the breakroom became so intense so quickly because I think everyone was so eager to connect. And I think that desperate hunger to connect has influenced almost every play I’ve written since then.”

That hunger to connect is certainly apparent in ‘Boise’ — where a father, fleeing a radical fundamentalist church in the north of Idaho, tries to start a relationship with his teenage son who’d been given up for adoption, tries to connect while working together at that Hobby Lobby. It’s even in “A Great Wilderness” — a play that some gays have denounced because it actually gives a ‘gay conversion therapist” a human face as an aging, isolated, well-meaning Christian worried whether he’s actually done any good. present a And it’s painfully, grotesquely apparent in ‘The Whale’ — probably still Hunter’s most amazing achievement, recently staged by L.I.P. Service Productions in Farmers Branch — in which a 600-lb. gay man is deliberately eating himself to death. But he’s hoping to do one last worthwhile thing for his angry, violently alienated daughter.

All of these wretched, “unlikely protagonists,” as the MacArthur Foundation put it, don’t just people Hunter’s plays with oddities or outsiders. He makes us empathize with them — however unlikely that may seem in the plays’ opening scenes. 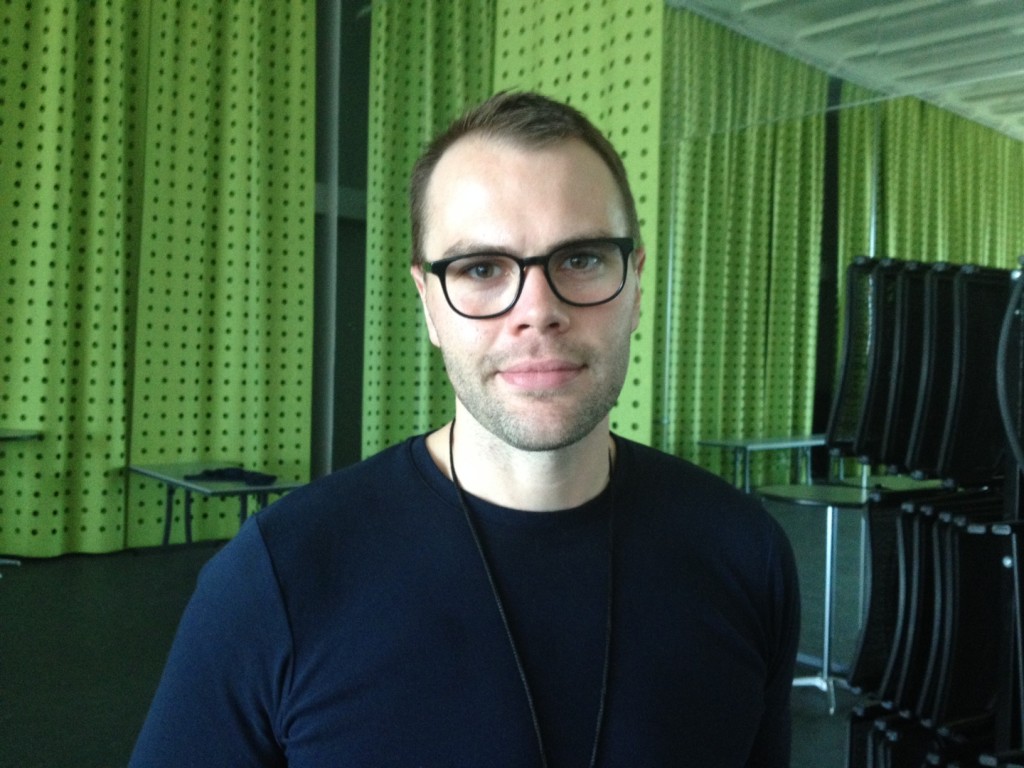 But a ‘hunger to connect’ is really only part of what inspired ‘Clarkston.’ Late adolescence was a crucial time for Hunter. His parents were not fundamentalist Christians. But he’d attended a fundamentalist Christian school – of the two choices of school he had, it was the far better one. In the seventh grade, he says, he was reading Herodotus, the Greek historian. The school’s rigor fed his intellectual curiosity, helping him come out of his shell.

But then, Hunter also came out of the closet. And the school was teaching that homosexuality was evil.

“And I think realizing I was gay suddenly threw everything into question,” Hunter says. “Because all of a sudden, here was something that was fundamental to my personality that was deeply incongruous to what I was being taught and I think that the tension between those two things really pushed me into the arts and pushed me into independent critical thought.”

So by the time he’d gone to work at Wal-Mart, Hunter had concluded that he was gay, that he wasn’t a fundamentalist and that he wanted to be a writer. Believe it or not, he says, working at the Wal-Mart focused that.

“Not a lot of creative energy is expelled when you’re in a job like that,” Hunter says. “And so I think the need for creative output was so acute.”

All of which led Hunter to seeing Tony Kushner’s ‘Angels in America’ in a University of Idaho production — knowing there was a contemporary play that actually had gay characters in it drew him to see it. The sheer scope and ambition and excitement of Kushner’s epic inspired him to study playwrighting at New York University. And as often happens, moving away also gave him a different perspective on where he came from: the American West.

Moscow, Idaho — the college town where Hunter grew up — is not far from the real-life Clarkston, which is named after one half of the famous duo, Lewis and Clark, who explored there on their way to the Pacific. In fact, Hunter has already written a companion play to ‘Clarkston’ called ‘Lewiston’ — and yes, there is a real Lewiston, directly across the Snake River from Clarkston.

Knowing the Lewis and Clark Trail is right nearby and fully understanding where it goes, what it meant — that’s the kind of history local people often take for granted. As he did himself, Hunter says. One of the stock clerks, Jake, the newcomer, proudly declares his family connection to William Clark.

Chris: So what’s your last name?

What attracted Hunter to writing plays is the way one character can assert something, and the next one undercuts it. “That’s the kind of language I’m still interested in,” he says. “It may just reflect my worldview, but the last thing we need on stage is more shouty guys punching each other. Part of it is — what is it I want to see? What’s the world I want to put forth?”

On the one hand, “Clarkston,” the play, evokes the grandeur, the heroic adventures of Lewis and Clark opening up the West. “But
then there’s another lens entirely,” Hunter says, “which is, What does opening the West really mean? And is a Costco — ” he starts to laugh — “really the most profound legacy of opening the West and Manifest Destiny?”

A play, Hunter says, doesn’t have to speak in a single voice. There can be tension. There can be two funny, sad, frustrated stock clerks arguing in a Costco parking lot.