For weeks now, most of us have been confined to our community castles by COVID-19. But not all of us. We found a princess wandering her realm bringing joy to some shut-in subjects.

Unless you’re a Disney character, not every princess sings.

“Singing’s the thing I’ve actually been doing the least amount of time,” says Maya Hernandez-Pearson. She’s a 20-year-old musical theater major at Sam Houston State University in Huntsville. Because of the coronavirus, her college is closed, so she’s back home in her East Dallas neighborhood called Stonewall Terrace.

“My parents were both involved in the Dallas theater scene, so I’ve been on stage my whole life,” says the second-year student. “And I’ve actually been dancing probably the longest.” 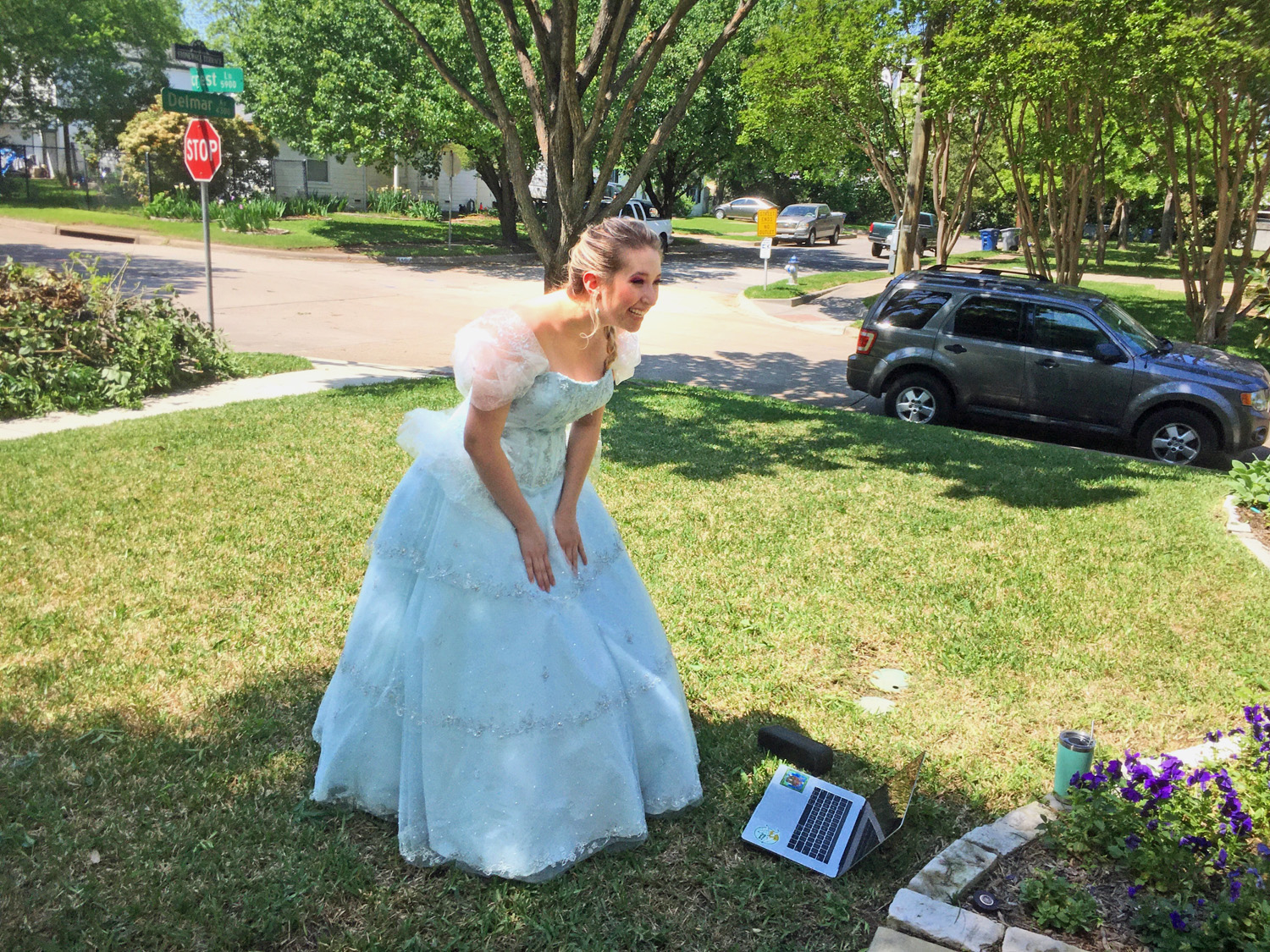 At home though, Hernandez-Pearson was doing no dancing, or acting. Cabin fever set in.

“I sat around my house for probably a week and a half being so upset and sad as — you know – a melodramatic theater person does,” Hernandez-Pearson said. “So then one day my mom said ‘Hey, I think I have an idea.’”

The young performer’s mother, Christie Hernandez, said, “You have a talent. You can make people happy singing songs. Princesses make everybody happy.”

Christie Hernandez was herself a professional dancer, actor and drama teacher. She posted Maya’s availability to sing for free in the neighborhood — and got takers. Like Linden Nelson.

“It’s crazy being home with a toddler trying to entertain and look for ways to keep him engaged and happy, all while staying safe,” Nelson said. 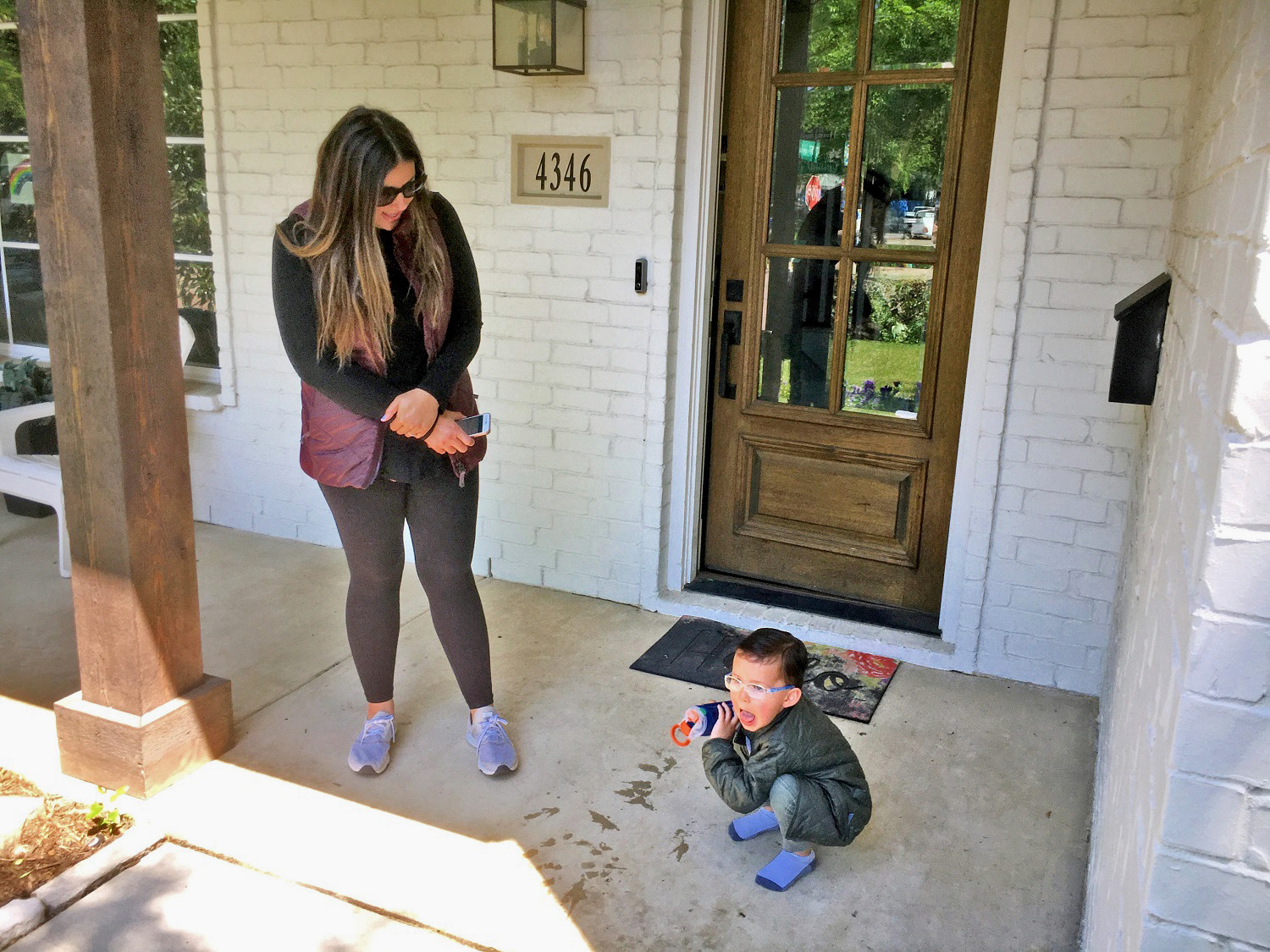 Nelson and 3-year-old son Knox watch elated from their porch, as a blond, blue-gowned princess appears in the front yard … at an appropriate distance. Her accompanying royal orchestra, contained in the noble laptop, nestle in the grass at her feet.

He keeps smiling, because the young, gowned woman sings “Let It Go.” 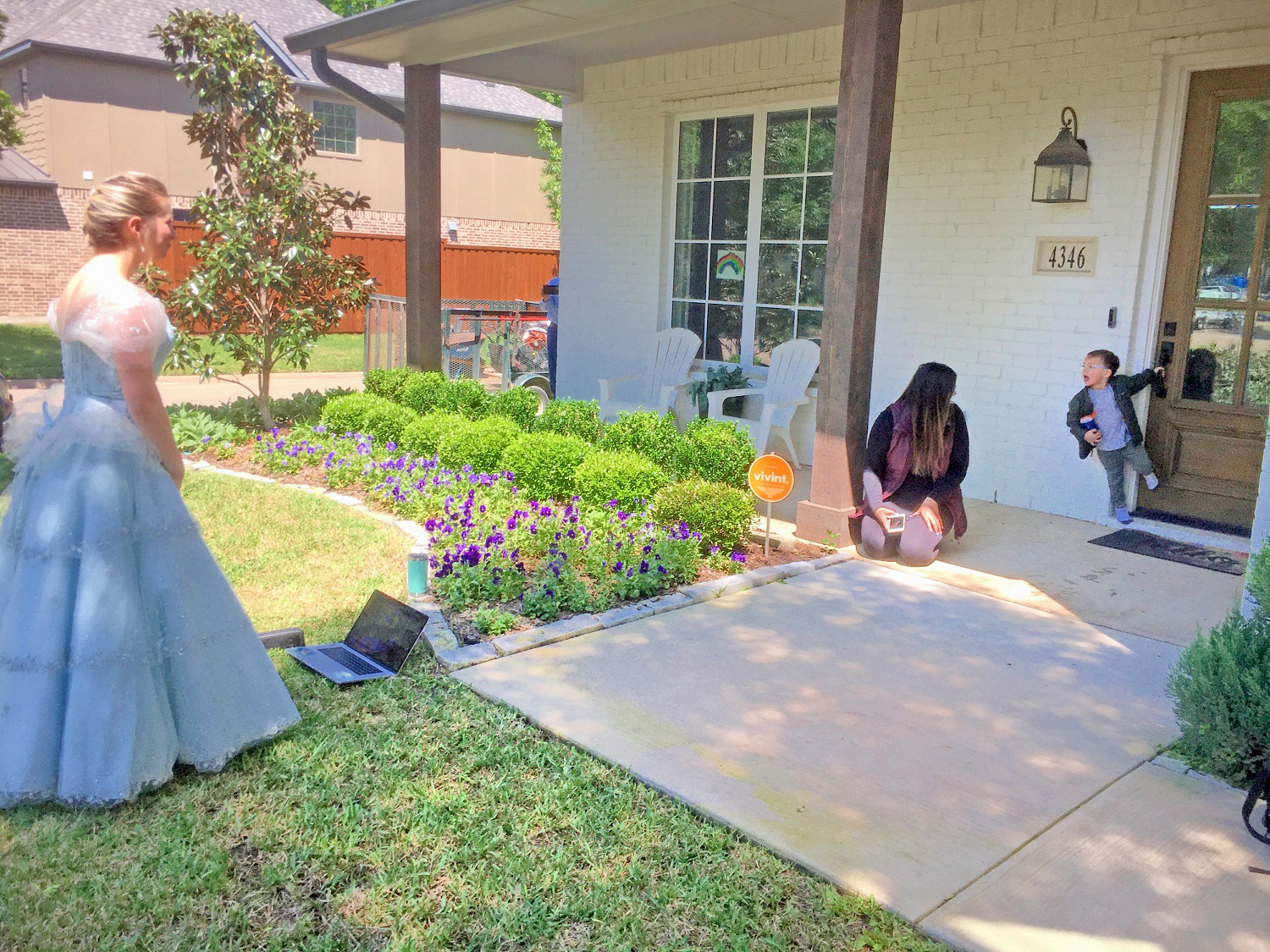 Alright, technically, Elsa’s a queen, not a princess. And legally, Hernandez-Pearson’s not singing the role from Frozen, just the song, and not getting paid. At least not in dollars.

She acknowledges a different payback.

“Just seeing that moment where their eyes light up as I get out of the car and they’re like, ‘Oh, there’s a princess walking toward me’ — unfortunately [we’re] six feet away — but having that moment makes me so happy,” she said. “I hope to be able to do that for the rest of my career.”

That career, she hopes, is just getting started. Meanwhile, she may carve out a temporary, COVID-19-forced gig singing at princess parties, as they are known to parents and kids around the world. At least until she heads back to college, whenever that may be.

She’s certainly generated interest from her appearances throughout her East Dallas neighborhood. Interest, and joy.

As Hernandez-Pearson finishes her appearance in front of Knox and his mom, the 3-year-old yells loud enough for the whole block to hear.