Next week, more than 200 people from neighborhoods across the city will appear in the Dallas Theater Center’s production of Shakespeare’s “The Winter’s Tale.” Most have never acted before. Dayron Miles is director of Public Works Dallas at the theater center. Today in State of the Arts, he tells me why it’s important to put the city on stage.

You can click above to listen to our chat, which aired on KERA FM. Or check out excerpts from our conversation:

There are only five professional actors in this play. The rest you’re drawing from year-round workshops that Public Works runs with five community partners – Jubilee Park and Community Center,  in six different neighborhoods. Can you give us an example of who you’re working with?

William Shakespeare’s ‘The Winter’s Tale’ by Public Works Dallas runs at the Wyly Theatre, Aug. 31-Sept. 2. Tickets are free but are limited on a first-come, first-served basis and can be reserved online.

And not all these workshops are in English.

Absolutely. So one of our workshops is mainly in Spanish, also in English. It’s a bilingual workshop.  And then, in one of our workshops, we do acting through movement, because so many languages are spoken. So yeah, we find a way to connect with the human being. 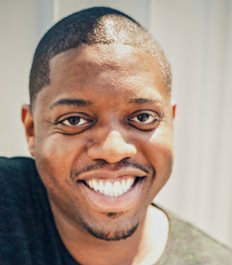 How do you train these folks to participate in a professional theater production?

You did this last year, when over 200 people performed The Tempest. Did any one person’s experience stick out for you?

There’s a young man who’s in the show and his name is Carlos Ramirez. And Carlos is new to the states, he’s been in the states for a few years now. He was our young Ferdinand last year. At the end of The Tempest, he came up to me and he wanted me to know that this experience really made him feel like he was truly a part of America, that he was truly a part of the United States. That he had found his sense of community.

Those are the types of outcomes that you don’t…you do it for that, but that isn’t the goal that you had in mind when you set out on the journey.

Last year you had a researcher who followed up with the folks who participated in the program. What did you learn?

Shirley Brice Heath is teaching us so much. She’s a linguistic anthropologist, so she really focuses on language. We’ll take our seniors for example. Last year, our seniors were only talking about what was happening in the moment, in the present. And as we continued through rehearsal, it started to be, well, what will happen next week? And then, at the closing night of the show, it’s hey, what are we going to be doing in three months? What are we going to be doing in the show next year? Seniors forecasting the future is a really beautiful thing to hear, and something you don’t always hear.

[Heath] also counted how many were using glasses and canes at the beginning of rehearsal and how many weren’t using them at the end.

Was there a difference?

There were so many of our seniors who started off rehearsals using their canes, and by the end, and still now, don’t use their canes. There were seniors who hadn’t been to the eye doctor in a long time and because they wanted to read the script for The Winter’s Tale this year, went and got their eyes checked and got new glasses. 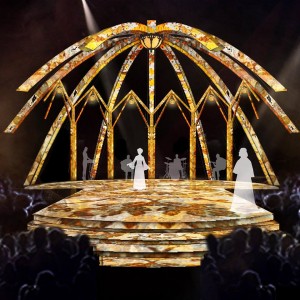 A rendering of the set for Public Works Dallas’ “The Winter’s Tale” at Dallas Theater Center.

So these are examples of how participating in an arts production like this can have impact in other parts of your life.

What we hope to do is we want to present stories, we hope to engage our community  in a way that stimulates new was of thinking and living.  If people take the opportunity to make a change in their life, then that’s awesome.

How does this program impact the Theater Center during its regular season?

And I think if we’re truly going to don the name The Dallas Theater Center, then it’s incumbent on us to be reflective of this amazing beautiful diverse city in every way.

Like many arts organizations today, the Dallas Theater Center  worries about  whether the audience it attracts really reflects the community it serves. There’s concern that the audience may be too white. Maybe it skews old. Has this program helped the theater center attract a more diverse audience?

I’ll be honest with you, I don’t know if we always hit the mark.    But what I do know that is, when you come and see Public Works The Winter’s Tale, you will 100 percent see Dallas on stage. And you will absolutely see and feel Dallas in the audience.

And so we might not always hit the mark, but we will definitely hit the mark with this one.