Skip Navigation
Home > ArtandSeek.net > Pulling Some Strings And Pulling Some Legs With Puppeteer Will Schutze

If North Texas has a beloved, long-standing holiday tradition – other than ‘A Christmas Carol’ and ‘The Nutcracker’ – it would be the two puppet shows at NorthPark Center. The late John Hardman created them in the mid-‘70s. In this week’s State of the Arts, KERA’s Jerome Weeks speaks with Will Schutze, the 32-year-old puppeteer who’s pulling the strings these days.

Thank you. Thanks for having me here.

How tall are you?

The two puppet houses, located between Tesla and Spanx. Schutze walks to work, back and forth between the two. All photos: Jerome Weeks

Reason I ask, you graciously let me climb into Scrooge’s house and Santa’s workshop, the two tiny houses where you perform your puppet shows at NorthPark, and it was like climbing into the engine room of a submarine –

– so other than squeezing in there, what’s the hardest part of your puppet shows?

The hardest part is the last-minute repairs that we need to do. We’re working with puppets, some of them were made in the 1960s-’70s, and we are pretty careful with them, but they take a bit of a beating. Strings break, faces chip off, and we have all the materials inside to do the repairs, but I have about 15 minutes between the shows, and if something happens, we just get to work.

Let’s hear just a little bit of you working the puppet Ebenezer Scrooge at NorthPark:

“Who is that good-looking woman, dyes her hair gray – so folks’ll give her a seat on the bus? 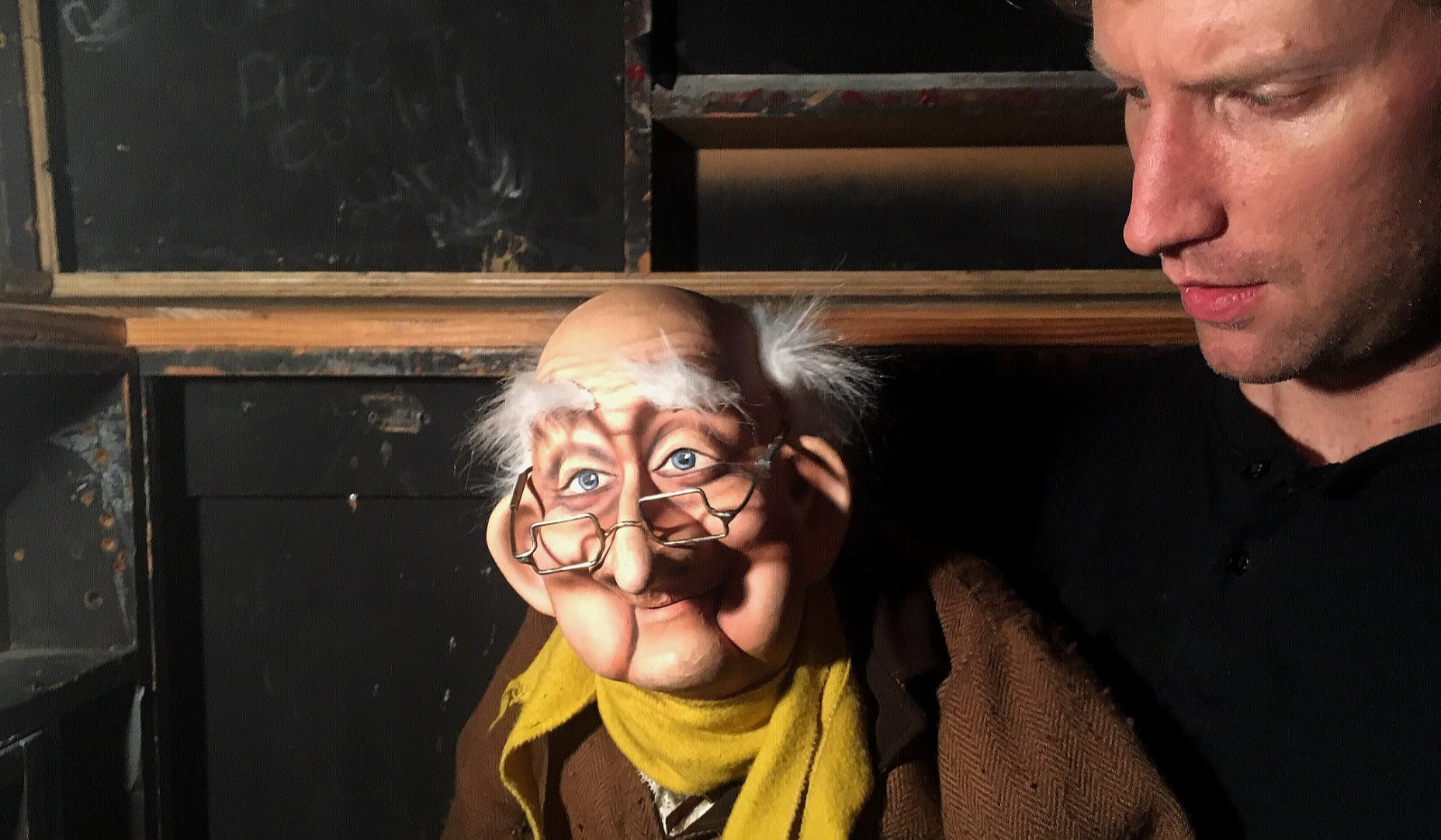 Inside the submarine: Will Schutze is on the right. Guy on the left was built by Steve Axtell. Note the custom glass frames.

It’s a puppet show – obviously, you have fun with the kids. But as is clear from that clip, Scrooge has been made into something like Don Rickles, a bit of an insult comic. Much of his humor actually targets the adults. How do you balance that?

First of all, it does not come naturally for me to insult people. It’s so far outside of my comfort zone, I really have to psych myself up inside the house. But it’s giving the kids a break for a little bit, and then giving the parents a break for a little bit while I go pick on the kids. Y’know, you just sort of go back and forth. It’s a fine line. But I follow John’s lead in that no one’s really immune from Scrooge’s wrath. John also said, for humor, the men generally make better targets.

You mention John – John Hardman, who created these holiday puppet shows back in the ’70s. You were his puppeteer for six years. You filled in for him a little bit during the 2014 season when he had pneumonia. But then in 2015, he clearly had cancer, though he still wanted to do the show.

Yes. And it was becoming apparent that he wasn’t going to be able to. But he still said, ‘You know what? Maybe you can go in, and I’m going to beat this. I’m going to get over this.’ But he was in hospice at that point.

And so his wife, his daughter and the family, we all discussed it with NorthPark. And everyone said, all right, let’s give it a shot. Let’s keep it. They were so supportive, John’s family and NorthPark.

These days, you work a show at the State Fair with a puppet named Shorty McCoy, and you do the holiday shows at NorthPark. But you actually live in Austin with your wife, Ashley, who’s an opthamologist. So do you still perform puppetry on the streets – with Mr. Bonetangles, your puppet?

I think I will always perform on the streets no matter what I’m doing. I love it. It’s actually my comfort zone.

At the beginning of the Mr. Bonetangles video [above], I have to laugh seeing your father, Jim Schutze [long-time city columnist for the Dallas Observer] drag that canoe – he’s included for no apparent reason. He’s just this long-suffering Sisyphus character. But I especially enjoy when Mr. Bonetangles falls on the stage, singing Al Green’s ‘Tired of Being Alone.’ It’s both comical and yet so real, such a great imitation of Green.

That video, plus your street performing, are what got you and Mr. Bonetangles into the 2014 film, ‘Chef,’ right?

There’s something really, really just special about that song, ‘Tired of Being Alone.’ I heard that when I was nine years old, when my friend and I were in his father’s car, we were headed to the circus, actually. And my friend put the CD in, and I heard Al Green for the first time – and that was the song, ‘Tired of Being Alone.’ And later [in 2009], my friend Alex Wagner made that short film, just some documentation of Mr. Bonetangles, and Jon Favreau [writer-director-star of ‘Chef’] saw me on Hollywood Boulevard, when I was there performing in LA. He saw me from a car, I think, and sent someone over to read what my sign said, ‘Mr. Bonetangles.’ And so he looked that up on Vimeo and posted the video on his Twitter feed. 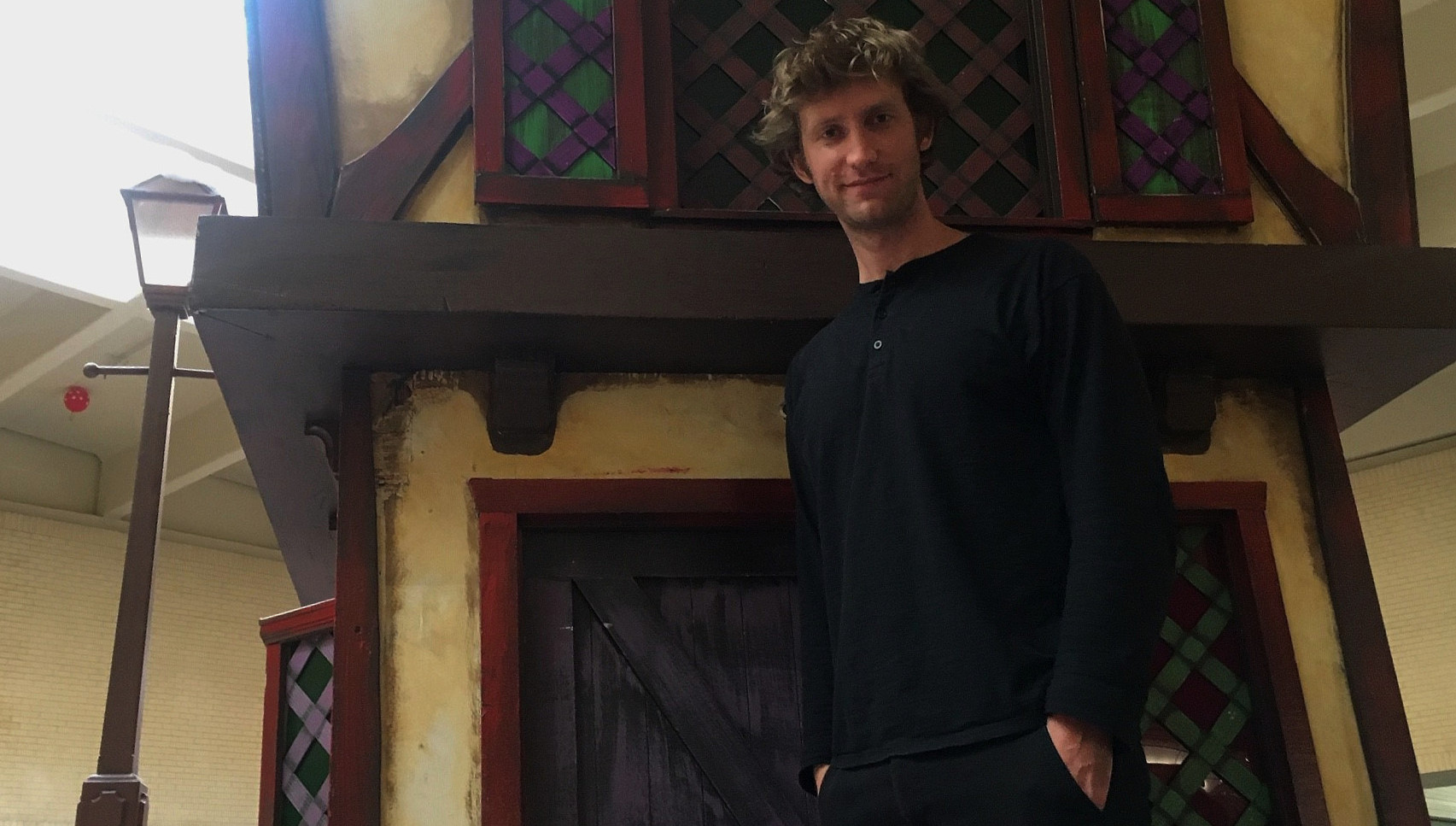 Will Schutze locking up Scrooge’s house. There’s an interior latch and security peephole so audience members can’t try to pop in during a show. Just in case you were thinking of trying.

Then a month later, on Easter Sunday, I was performing in Santa Monica on the Third Street Promenade and Mr. Bonetangles finished, took a bow, and Mr. Favreau was standing there in the crowd with his family, smiling, out for a stroll.  And I said, ‘Thank you so much for sharing our video.’ And he said, ‘Oh yeah, don’t mention it. You got skills, boss. You have a card?’ And I did have a card. And he said, “Well, we’ll work something out.’

But eventually I left LA, moved back to Texas – and two years later, I get a call from a producer, saying Jon Favreau wanted me to let you know he’s still a fan, and he’s shooting this film, ‘Chef’ and he wants you in this little scene he’s created just for your puppet. ‘Are you interested?’

And that song, ‘Tired of Being Alone,’ was the one he wanted to use in ‘Chef.’ It turned out to be the single most expensive music cue in the movie –  which Jon let me know the moment I came to the [movie set] trailer.

So despite your Hollywood stardom, you continue to busk in Austin?

Oh yeah. Austin’s a great place for street performing. I’ve been almost every year to South by Southwest, and I’ve performed on Sixth Street with my box of puppets.

But I also can envision larger-scale shows in theaters. I love live theater. And I’m excited about sharing my music that I’ve been writing and recording at home. I’ve got about 100 songs that I’m going to start using with the puppets.

Now, that’s odd because you first got into puppetry years ago at Woodrow Wilson High School. You had stage fright, and puppetry was a way around that. Yet you say now that you’ll always perform puppetry on the streets. And to me, street puppetry, that seems even more exposed. You have no curtain, no distance from the audience.

You would think so. But for me, if I can get the puppet to be entertaining enough and eye-catching enough, I realize that I can look up at the audience and no one is looking at me. I’ve disappeared.

And that was a rush for me. 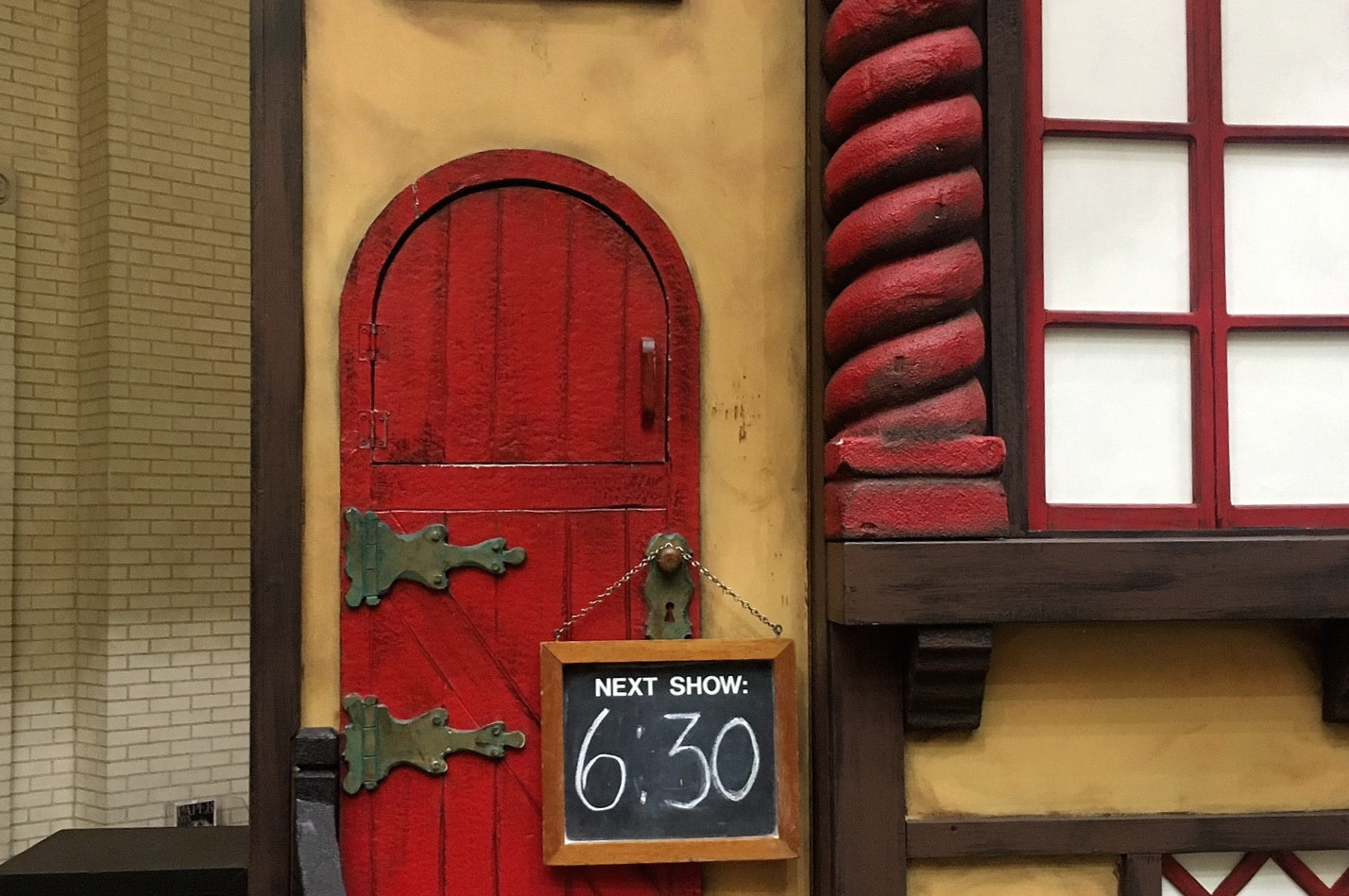