This year’s Soluna Festival opened big this week with a major premiere called “Rules of the Game.” It was choreographed by rising new guy Jonah Bokaer – with new music by pop star Pharrell  Williams played live by the Dallas Symphony. Local All Things Considered host Justin Martin sat down with Art & Seek’s Jerome Weeks for his replay of the game.

Justin: Premiering “Rules of the Game” in Dallas with live music from the Dallas Symphony — before the show goes on a worldwide tour – that seems to me a smart way to signal the Soluna Festival has some serious ambitions.

Cervantes and Shakespeare:  The Break from Myth and Legend, Thursday at 7:30 pm at the City Performance Hall
JWDefinitely. The money and cooperation it took to pull off a new work like this – that’s a real commitment. To introduce a young choreographer like Jonah Bokaer to North Texas – and to other parts of the world as well – that’s a gamble. And then, in the bargain, to snag the chance to debut Pharrell Williams’ new music – that’s the kind of big move you want from a festival like this.

JWAnd here’s hoping they do better next time. 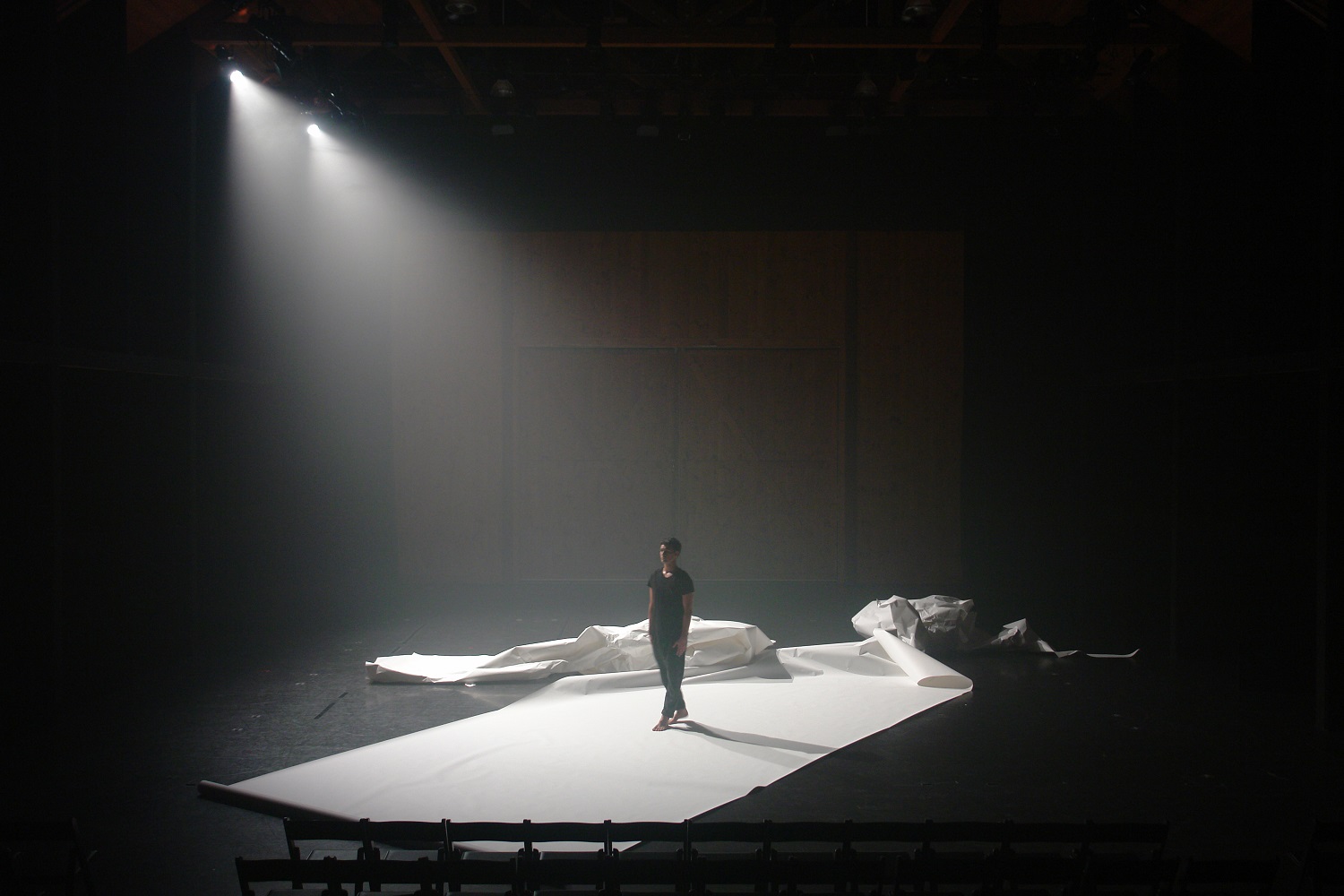 JWIt was a disappointment. As an introduction, the evening opened with two earlier pieces by Bokaer. And they demonstrated his indebtedness to Merce Cunningham. Cunningham’s a great choreographer, the master of randomness and small movements. His was a kind of a minimalism and abstraction, he built with little pieces.

So ‘Recess,’ which was the name of the first work, Recess was very severe. It was just Bokaer on a black stage with a huge roll of white paper to play with. Now, other dance companies would take this and run with it like sugar-crazed five-year-olds at playtime.

It WAS called Recess, right?

JWExactly. But Bokaer is more like the smart kid who’s easily bored. He’s not going to pursue the obvious. At one point, for instance, he twirled on the paper, and created this huge, wonderful, hoop skirt around him. Then – boom – walked away.  Bokaer repeatedly did this, started an idea, never explored it. Just moved on.

That sounds like it’d get frustrating to watch. Nothing would … build or deepen. It would just sort of dabble on, one thing after another.

JWRight. But we’re frustrated because we have these old-fashioned expectations of development and narrative, expectations he’s not going to meet. But knowing that generally doesn’t make watching his works more fulfilling. I’d almost admire his approach as Samuel Beckett-like or Robert Wilson-ish, the whole clean, spare aesthetic. But those two pare things down only to find great drama — in a boot or a single door opening. Events do build or circle back. Here, with Bokaer, the pieces move at the same, slow pace with this robotic lack of energy.

I mean, in the second work, called “Why Patterns,” Bokaer had four dancers and dumped hundreds of ping pong balls on them. 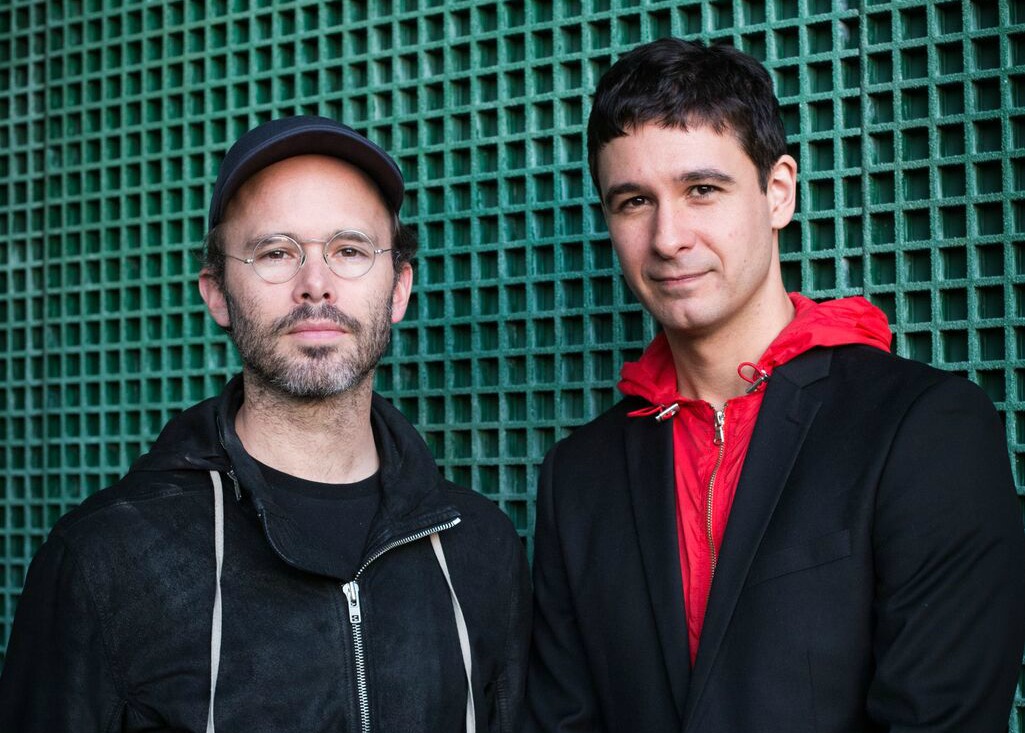 JWYeah, it was fun! They flew and bounced everywhere. But trust me, Bokaer can make ping pong balls feel as solemn as a death march. The performance space was carefully made geometric (like a playing field — rules of the game, you know) and everyone moved in a similar manner — if this was a game, it moved like chess. I admit, there were occasional and wonderful, tiny bits of humor — like when the dancers threw the balls back as if they were starting a snowball fight.

But mostly, Bokaer broke off anything too sustained. Or even too energetic.

I have to say this, but none of this sounds like it would fit Pharrell’s music. I mean, say what you will about him as a rapper or a singer, the man is a producer, he knows how to lay down dance tracks.

JWI wondered the exact same thing during intermission – while waiting for ‘Rules of the Game’ to start. Pharrell is where dance pop meets hip-hop. His music is nothing if not appealing energy; it would seem almost ideal for sexy, lively dances. So how would all this stark minimalism fit that?

But with “Rules of the Game,” Bokaer stepped up his own game. Designer Daniel Arsham’s incredible video was the hit of the evening. It had huge images of clay-like busts or basketballs like moons in slo-mo crashing together and shattering. And by the end, tension and energy took hold. The piece is about conflict and rules coming apart, and here, the dancers were pulling off some incredibly fast, synchronized martial arts moves. It finally, actually got a little exciting.

But what about the music?

JWAnd that was disappointing as well. Maybe Pharrell thought this was what ‘An Important Dance Premiere with A Major Symphony’ should sound like. Yes, conductor David Campell’s orchestrations often made it lush and lovely, but too much of it just came across as soft jazz. I mean, where was some real funk rhythm with some snick-snick-snick percussion? I kept hearing echoes of the soundtracks from supposedly ‘cool’ TV shows from the ’70s like ‘It Takes a Thief” or  “The Streets of San Francisco.” Frankly, it was pleasant stuff, but I’d take the three minutes, twenty seconds of ‘Come Get It Bae’ over the 38 minutes of ‘Rules of the Game.’

Well, the good news is Soluna is far from over.

JWI’m looking forward to Thursday. The Orchestra of New Spain and the Avant Chamber Ballet will perform 17th century music – to honor William Shakespeare and his contemporary Miguel Cervantes, author of Don Quixote.