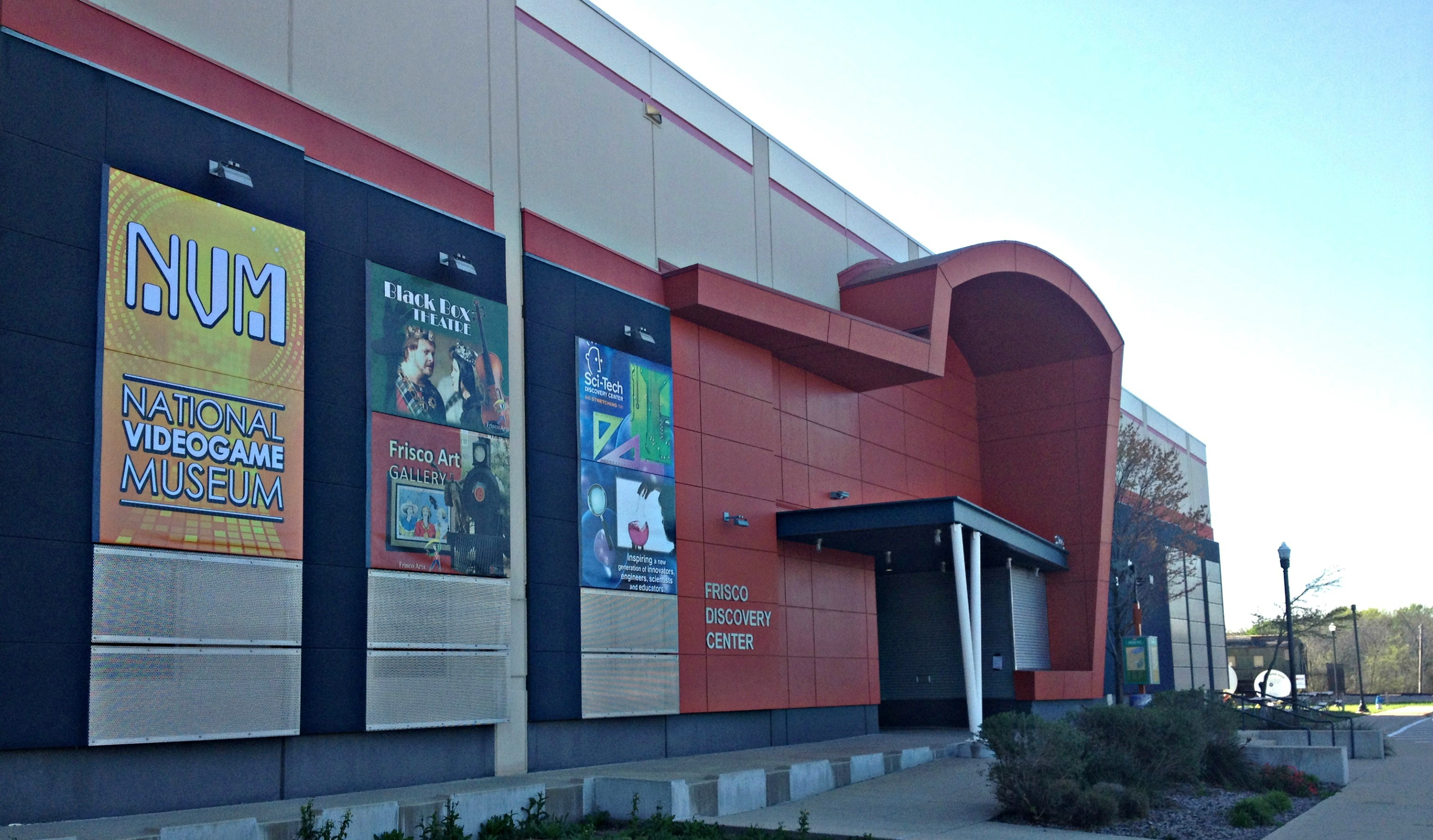 Te National Videogame History Museum in Frisco. Right next to the Black Box Theatre, the Frisco Art Gallery and a couple blocks from the Museum of American Railroad (hence the rail car in the distance). Photos: Justin Martin and Jerome Weeks

A first-of-its kind museum in this country has opened in Frisco – the National Videogame History Museum. It’s stocked with what you’d expect: arcade games, rare computer games and all sorts of gaming memorabilia. But what’s it like as a museum? KERA’s Justin Martin joined Jerome Weeks for a walkthrough before opening weekend.

Jerome: Justin, you’re the videogame expert, which means this week, I’m turning the tables and asking you the questions. So set this up for people who haven’t been to the National Videogame History Museum. It just opened. What can they expect?

JMAbout a hundred thousand items are arranged in 18 exhibits. These display classic game consoles – think Nintendo, Atari, Sega – and memorabilia like buttons and posters and toys. There’s an arcade room – where you can buy tokens and play stand-up classics like Space Invaders. There’s even a recreation of an 80’s living room and bedroom – where older gamers can sit down and ride a wave of nostalgia.

Frankly, going in, I expected some of that. But what didn’t you expect? What stood out?

JMNo particular section really – it was honestly the sheer multitude and depth of the games. Y’know, I played mostly Nintendo and PC games growing up – but all the stuff I missed out on was overwhelming. 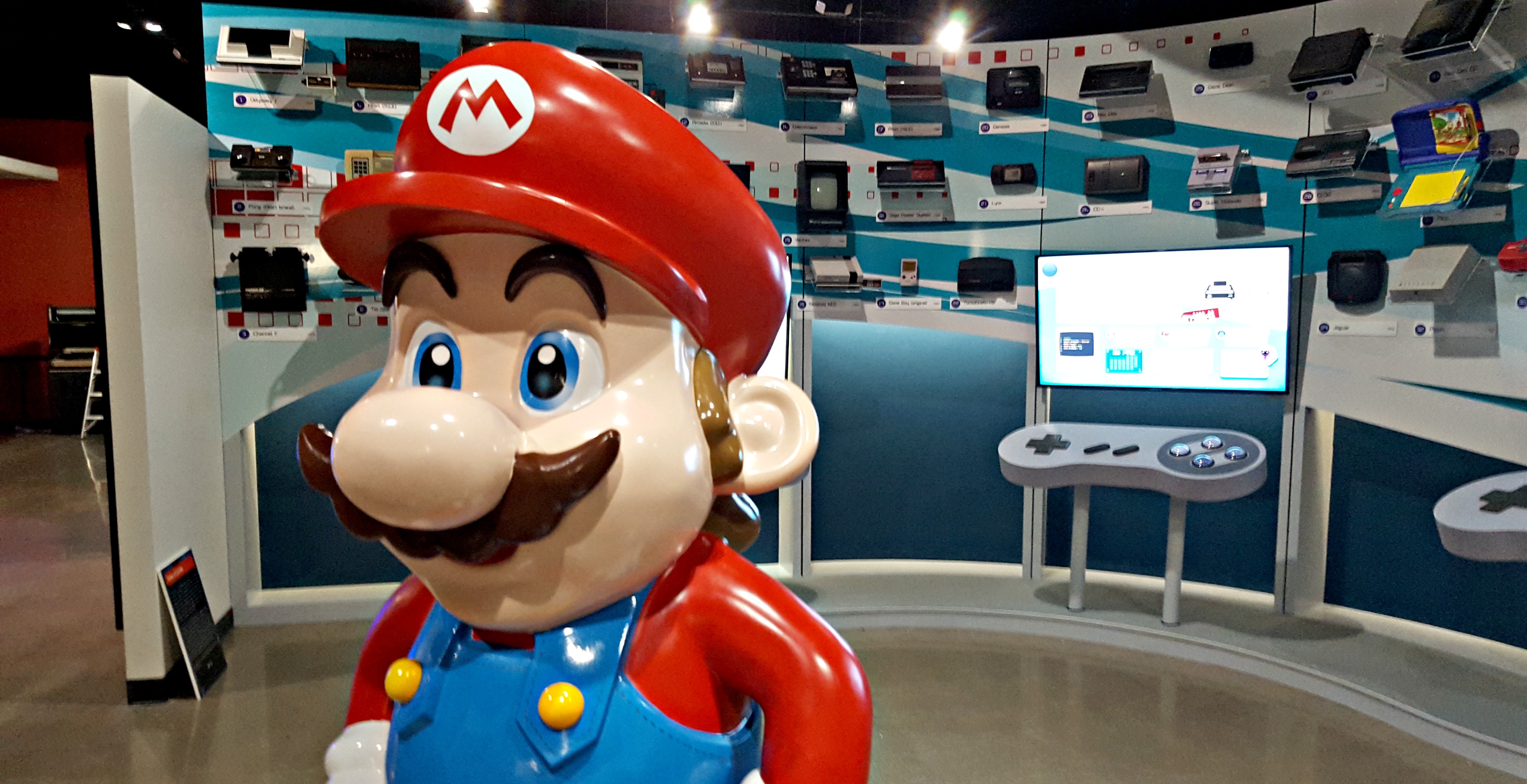 That’s the ‘giant wall of dead consoles’ behind Mario.

JMNear the entrance there’s a wall, a huge wall of consoles (see above,  behind the Mario statue). You can touch and examine them and you can use this ridiculously oversized Super Nintendo controller to pull up info on any of the nearly 60 consoles. The thing is – I consider myself knowledgeable about these things but there were devices on that wall I’d never heard of. I know one game system that caught both of our eyes was the Coleco Telestar.

Yeah, the one with the fake wood veneer, the built-in pistol grip plus a steering wheel?

That thing was like some bizarre fluke of evolution. One look, you could tell, that wouldn’t last. 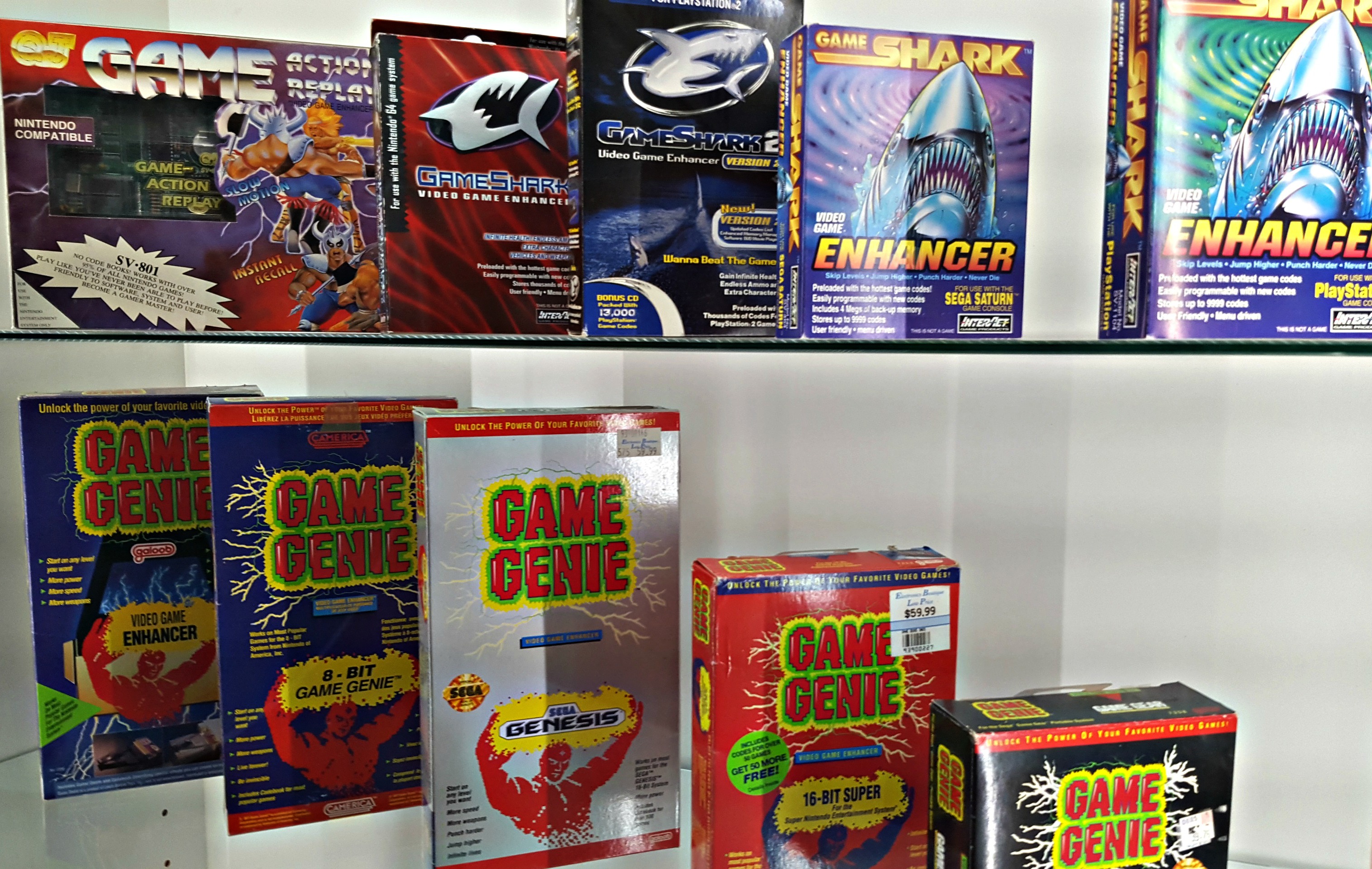 Because everyone in the ’80s needed a game genie and some shark enhancer.

JMBut what that odd device showed me – and going to back to your question about what stood out – was that these guys are serious. This isn’t just fun and games. This is an opportunity to learn not simply the history of gaming but about how the industry grew up to take over the world.

That seriousness impressed me, too. I’d expected a nostalgic trip to Arcadeland and some interactive fun for the kids. But the range and depth of the collection is amazing. Now, it’s early days with the museum and as co-founder Joe Santulli told us, it’s designed to change, to be flexible. “These game systems aren’t locked in place,” he said, “these games aren’t fixed games. We can take them out and put different ones in. And there are several exhibits that are specifically built to be flexible.”

But I’m not sure more stuff, or just different stuff, is what the museum’s going to need to address this vast subject — part industry, part entertainment, part technology, part cultural force. That’s because a museum is more than just some warehouse full of objects. Museums are creators of contexts, they are paths to understanding. You go to a science museum, you don’t just see some bones and some stuffed animals with labels on ‘em. You see — or you should see — the process of natural selection laid out, the evolution of the mollusk, the development of the flipper into the claw and then the human hand. You got to an art museum exhibition on Cubism, you don’t see just a couple rooms full of Picassos and Braques. You see narratives that makes sense of these things: how and why Cubism came about, what it hoped to achieve, its larger implications. 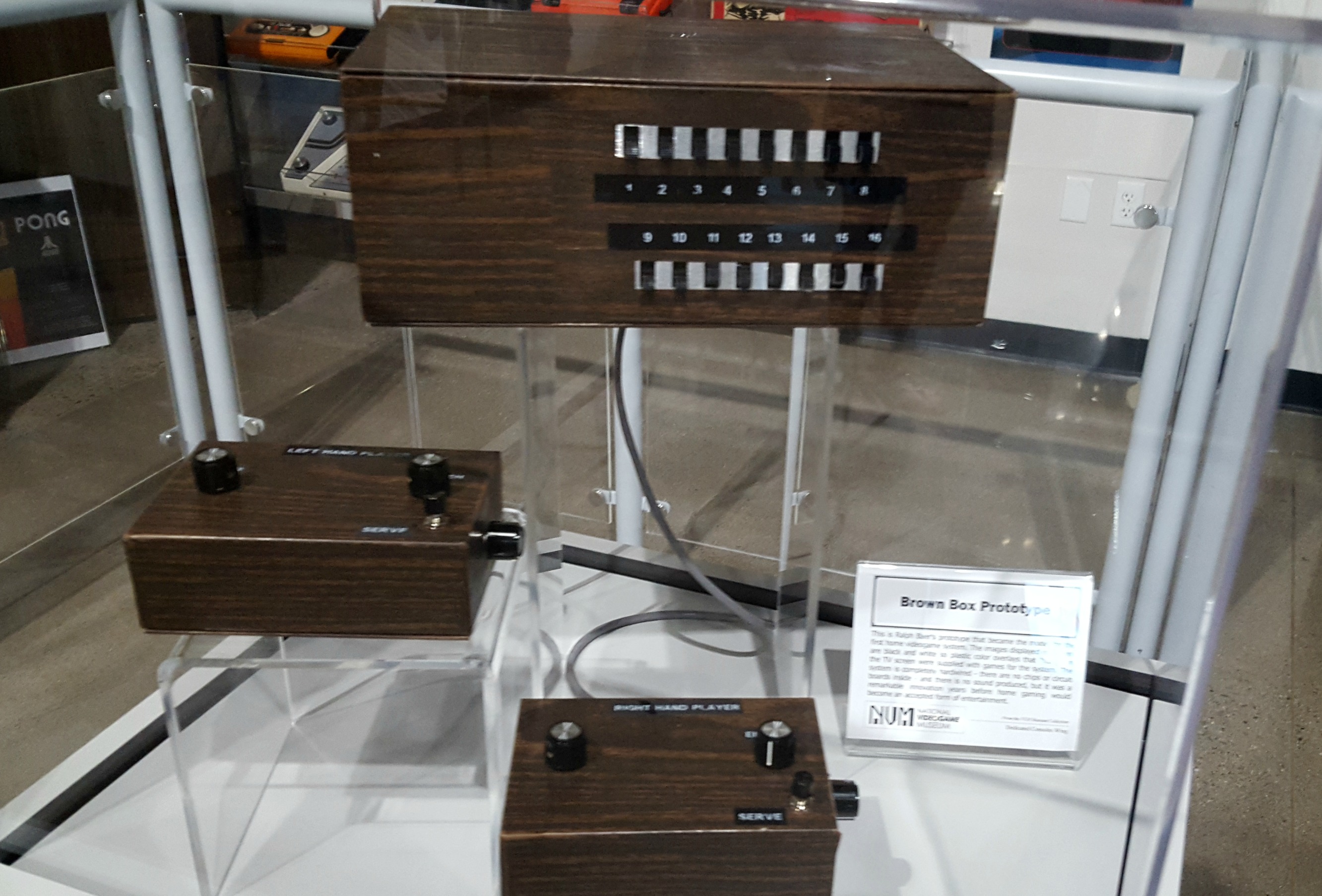 The origin of the species: Ralph Baer’s famous ‘brown-box prototype’ from 1967-’68. The first video game system. .

At the videogame museum, we do get a little context. With that wall of consoles you mentioned, you can call up headline news from the year any game system was released. But that’s it. And that’s a little thin, a little arbitrary (the majority of the news reports have nothing directly to do with the game or its development).

So what I found myself wondering about was – why did a particular game like the Mario Bros. become so huge? Which games really took over Hollywood and graphic novels — and why? What about that whole controversy over violence and sexism sparked by Grand Theft Auto? Why Grand Theft Auto and not half-a-dozen other first-person-shooter games that could have fit the bill? Videogames have so permeated our culture that, at the time, the First Gulf War was dubbed our ‘first videogame war.’ What does that tell us?

Down the road, I really hope the videogame museum might actually tackle some of these larger ramifications, make these connections.

JMI see what you’re saying. Right now, the videogame museum is more like a museum of industry — like the history of steel manufacturing. You’re saying, they need to start thinking of it as a pop culture museum.

It was a pleasure, Justin. 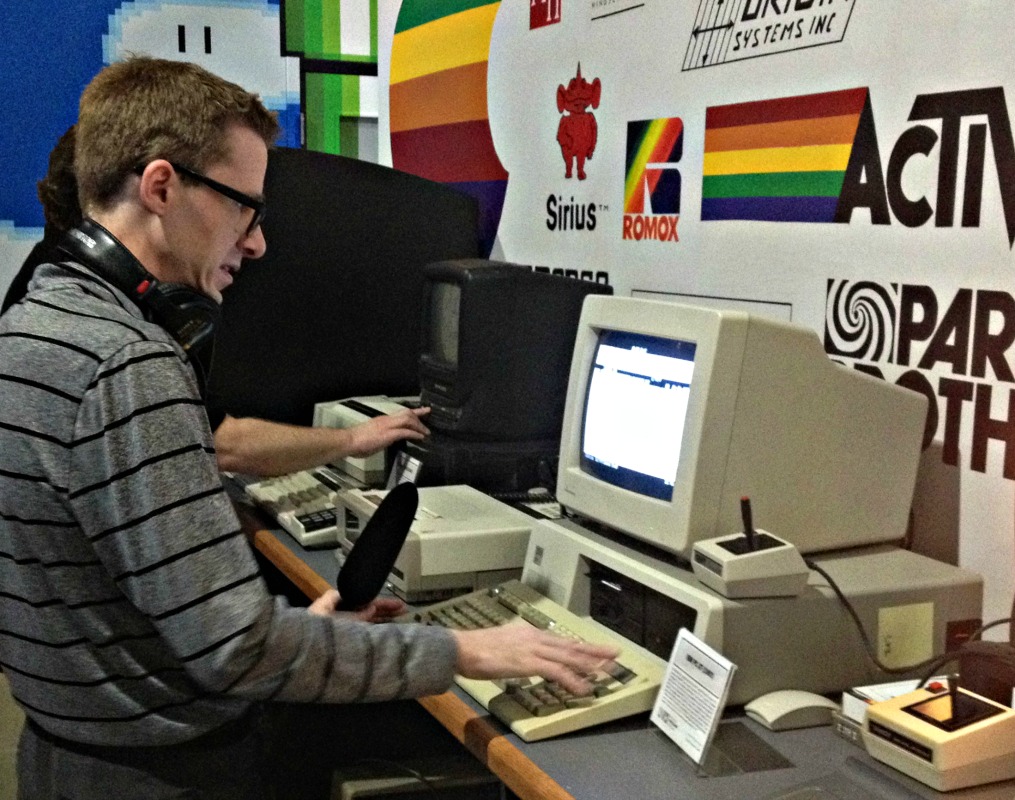 They’re paying me to do this job? 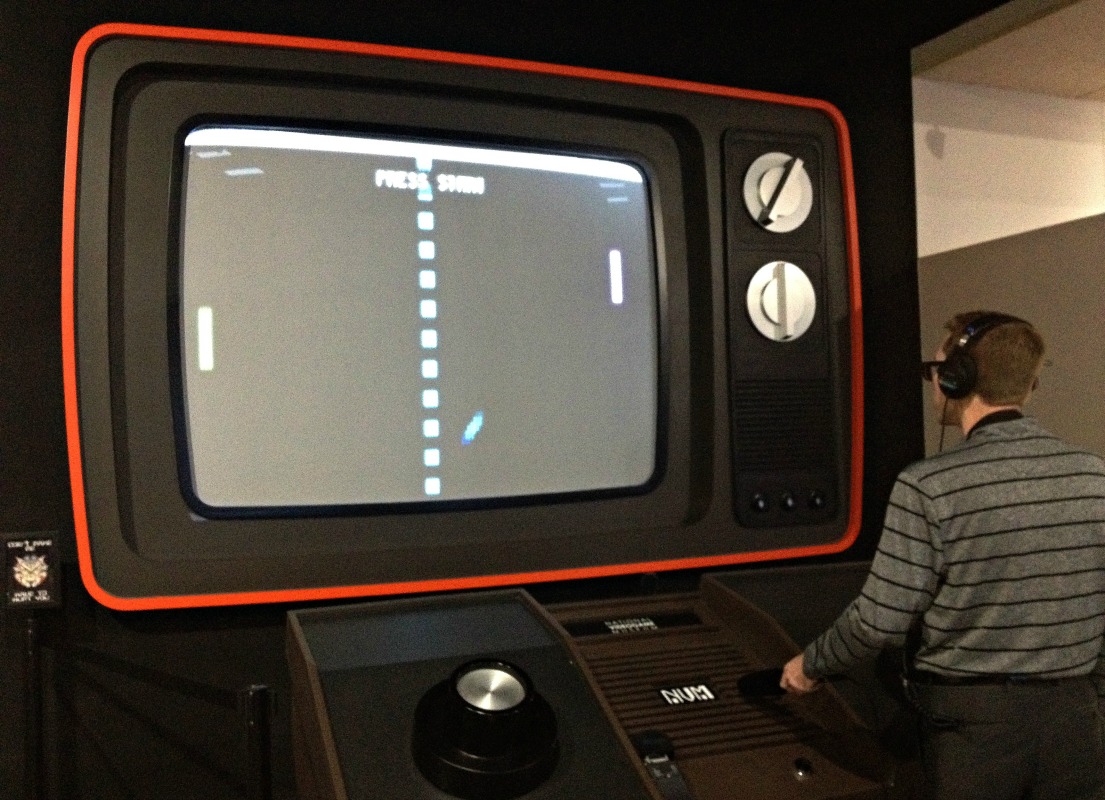 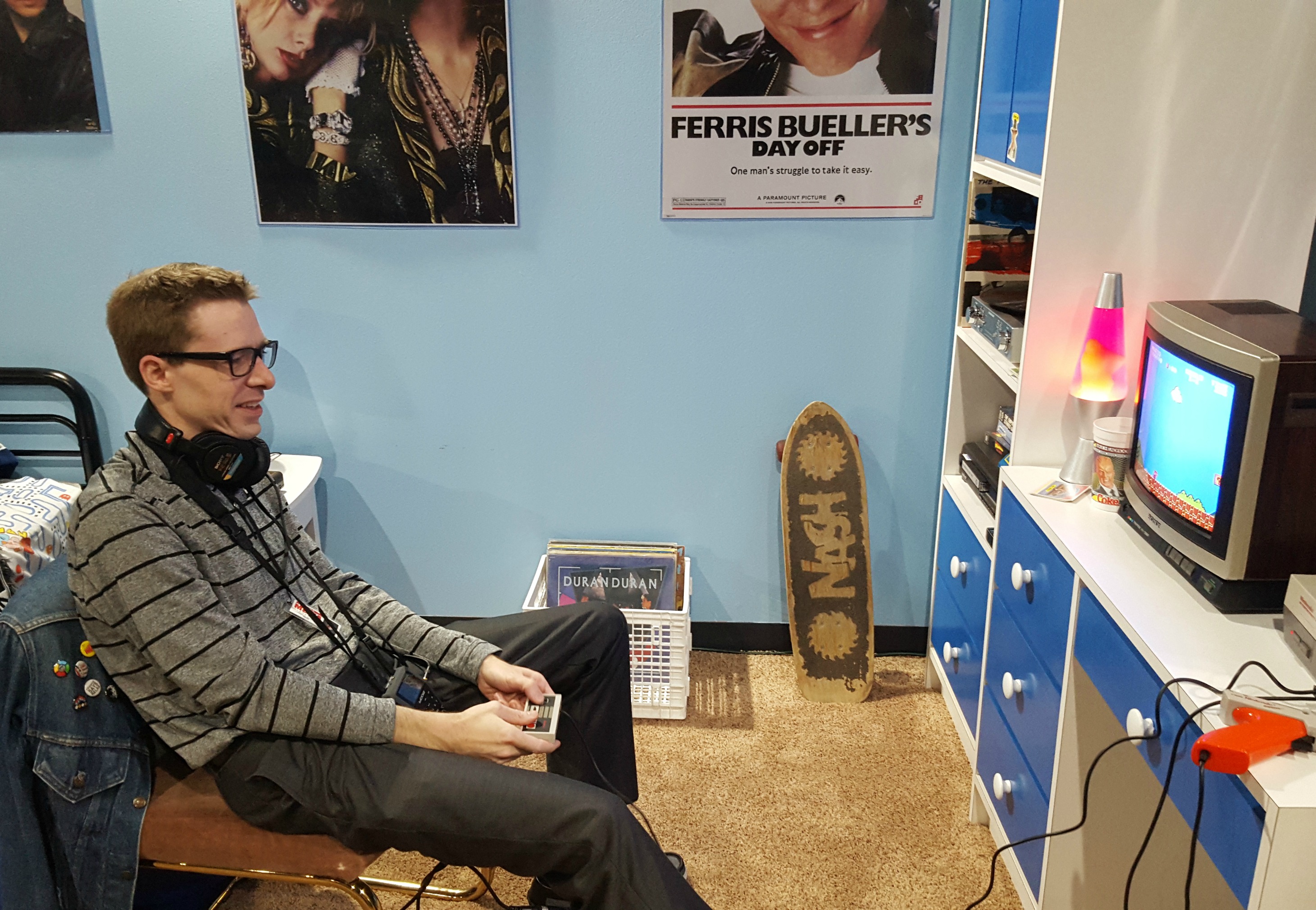 Justin clearly in his element.