For 25 years Rhett Miller has fronted Dallas’ Old 97s. In this weeks’ State of the Arts conversation, he sits down for a conversation about how he picks songs for his solo albums vs. ones for the band. And talks about what it is to sing “let’s get drunk and get it on!” in an age of sobriety. He’ll perform with the Old 97s Saturday night at the Statler Ballroom.

Your new album, “The Messenger,” is actually your eighth as a solo artist. When you’re writing a song, how do you decide which ones are for you and which ones make more sense for the band?

The solo albums – the existence of the solo albums – was necessitated by my bandmates’ orneriness. Which is a really integral part of a band’s sound – that everyone has a really strong opinion is a big deal in a band. But it also means that I write a lot of songs that they don’t cotton to. 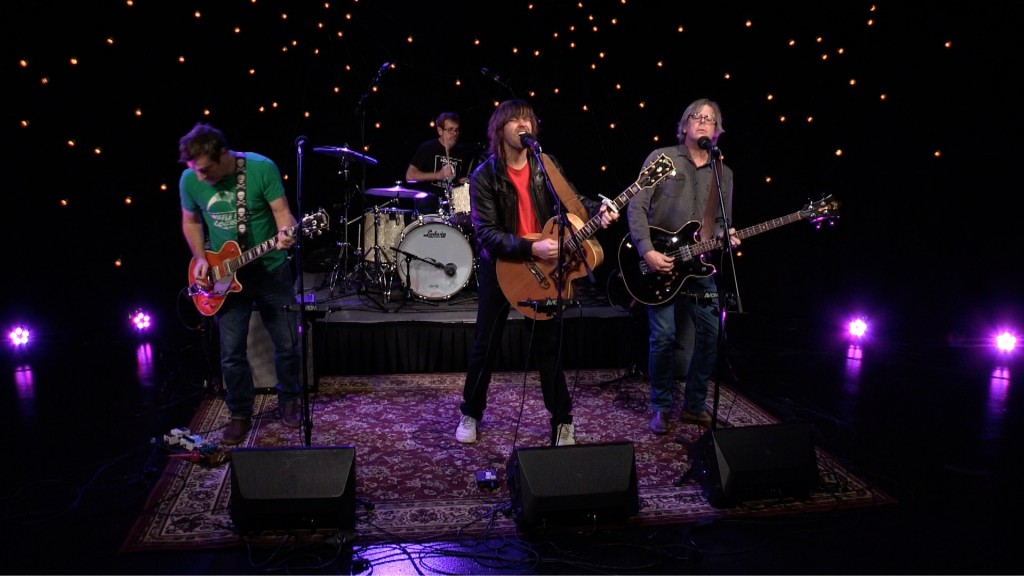 Well it does seem that maybe you can write a little more specifically about your experience. You have a song on “The Messenger” called “Close Most of the Time.” The lyrics go “I had a run from 17 to 25 that was pretty good/I gave up on college life, moved back to the neighborhood.” How do you think about balancing those specific lyrics that make as song feel real with what will make the songs feel accessible?

The question of universality is paramount, right? You want your songs to be useful to the listeners. You want them to affect them and feel like they could be about their lives. So then it would seem like anathema to include details about the songwriter’s life.  But self-reference can be universal, because what I’m going through – I’m just a human being, and we’re all going through the same things – so if the details of what I’m going through can be spun out and applied secondhand to someone else, how cool is that? And how useful is that?

You have another song on the album called “I Used to Write in Notebooks” that begins, “I used to write in notebooks, I used to read maps/I used to send letters, I used to take naps/But everything changes, and so did I/It’s not the same world, I’m not the same guy.” You’ve written a lot of songs over the years about flaws – this is one that’s actually about a person growing. Where did that come from?

I think it had something to do with my own children approaching the age I was when I was when I was sort of the closest to giving up on life. And so I was watching my kids approach this moment and consequently kind of reliving it. And as they seemed to be really navigating it gracefully – and in a way that makes me feel hopeful for their survival – it kind of made me have this weird new hope for myself.

You also quit drinking in the last few years. And at the same time, you’re someone who for the last twenty plus years has been singing these rip-roarin’, good-timing songs. What is it like to sing those songs now when you’re not in the same mindset as you were then?

Well it’s funny you talk about the new-found inner-peace – I’ll be four years sober around Easter.

Thanks you. It feels a little life time traveling, where I go into these songs – “Let’s Get Drunk and Get it On” or “Stoned” – I mean I could literally name dozens and dozens of songs. I feed my kids singing songs about whisky and weed. So it is weird that that is not a part of my life anymore. Obviously a big part of it was my kids being at this age where – I think they’re always aware, but you can really sense the awareness when they start to enter the double digits and the teenage years. I just wanted them to know I was there 100 percent, and I didn’t want to look back at the time I had with them – in the same house with them – and feel like I wasn’t really there.