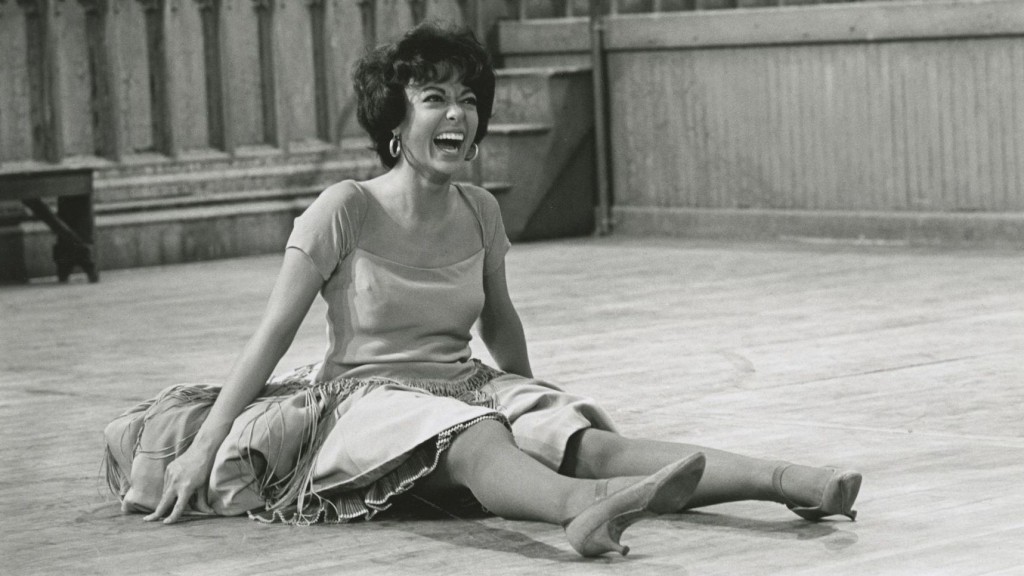 Rita Moreno won an Academy Award for best supporting actress for her portrayal of Anita in the 1961 film West Side Story. Courtesy of MGM Media Licensing

Academy Award winner Rita Moreno talks with ‘Fresh Air’s’ Terry Gross about ‘West Side Story’ and her life since her breakout role as Anita.

Actor Rita Moreno never had an on-screen, Latina role model as a child. “There was no such thing then,” she says. “Certainly not for little Puerto Rican girls like me.”

That changed when Moreno, who moved with her mother to the U.S. mainland from Puerto Rico in 1936 and spent years working as a contract player for MGM, landed her breakout role as Anita in the 1961 film West Side Story.

“What was important about Anita to me — and still is — is that Anita, believe it or not, was the only part I ever remember where I represented Hispanics in a dignified and positive way,” she says. “It represented a lot of breakthroughs for young actors of Hispanic origin.”

But Moreno nearly didn’t take the part. Just before she signed the West Side Story contract, she remembered a troubling verse in the song “America” in which she’d have to sing: “Puerto Rico. You ugly island, island of tropic diseases.”

“And it suddenly occurred to me, Oh my God, I can’t sing that!… I can’t do this to my people,” she says.

Moreno says she was “this close” to turning the role down before Stephen Sondheim, at the request of a producer, changed the lyric to: “Puerto Rico, my heart’s devotion, let it sink back in the ocean.”

“And that’s how Stephen Sondheim saved me from turning down this magnificent role,” she says.

After becoming the first Latina actor to win an Oscar for West Side Story, Moreno expected more opportunities to follow. Instead, she was offered stereotyped roles as gang members and housewives.

“It was the heartbreak of my life,” Moreno says. She turned down the parts she thought were offensive or too insignificant, and wound up not making another movie for seven years.

But eventually Moreno’s career got back on track. She appeared on Broadway, was an original cast member of the children’s show The Electric Company and later co-starred in the HBO prison series Oz. In 1977 she became the first Latina performer to achieve EGOT status as a winner of an Emmy, Grammy, Oscar and Tony Award.

The new PBS American Masters documentary, Just a Girl Who Decided to Go for It, chronicles Moreno’s early life and her storied career. In it, she opens up about her experiences with racism and sexual assault in Hollywood. Moreno appears in the forthcoming Steven Spielberg film adaptation of West Side Story, for which she also serves as an executive producer.

I got native girls. I got Pacific Island parts, I got Egyptian girl parts, anything but just acting roles. They were all very specific. They all called for an accent or two that I wasn’t even familiar with. So I made up my own accents, thinking that that would enhance the parts. They all sounded Puerto Rican, actually. … I always sounded like this because it’s the only accent I understood and nobody ever said, “What are you doing? What the hell is that?” Because I would have answered, “Well, I’m trying to provide a foundation for this, this girl, this part.” But nobody asked. Nobody cared. It’s so odd when I look back.

On how the 1961 version of West Side Story resonated

The fact that there was a person playing a Puertorriqueña in a huge, successful musical was enough for a lot of Hispanics — not just Puerto Ricans — in this country to be thrilled to pieces. The fact that there were mistakes made… was also almost beyond the point, because we were just so glad to be paid attention to for a change. This was an extraordinary, extraordinary experience in every possible way. And it helped to inform a lot of people who were not Hispanic about what we were about — and that was important and absolutely fabulous. There were people, particularly in Puerto Rico, who were not thrilled because they felt that depicting Puerto Ricans as gang members was offensive and insulting. I think they missed the part about Romeo and Juliet, which I thought was the genius of this. And here we are many, many, many years later with another edition of this film about to be released in December — by the way, when I will, literally, the day before we open, be 90 years old.

On having to darken her skin for film roles

I rarely, rarely ever saw my own color when I did movies. When I first went to MGM, I played a Cajun girl from New Orleans. So they actually used my own skin color. But as I got older and had more of a career, I kept getting darker and darker and darker… [West Side Story] was worse. That was like mud… It was so thick and it was so dark that our faces would streak and show our real color underneath. And I remember saying to a makeup man once, “I don’t know why I have to be this color… This is not my color.” And he actually said to me as he was making me up, “What are you, racist?” Well, talk about nonplussed. I didn’t even know what to say to him.

The very first time I spoke about it was when I did the documentary. I mentioned it in my book, also my biography, but it’s heartbreaking. By the way, I ran into this man, this agent, about five years ago in Palm Springs because it turned out he had booked me in a concert that I was going to do there. And I saw his face and I thought, oh, my God, it’s him. And you know what he told me without being asked? He said, “I’m sorry I didn’t make you pregnant, because that was the whole idea… Then you would be beholden to me forever.”… I was speechless. I was absolutely speechless, I just said, “Excuse me.” And I left the room. I was dumbstruck. What do you say? “You cur, you b*****d, you son of a b***h.” What do you say?… You know what, I’m glad I didn’t [say anything], because that would have probably opened too many doors.

I saw [Marlon Brando] as a person who was very strong. I had a very warped and twisted notion of what a real man was like. To me, that was Marlon. He was it. He was the king of movies and the king of everything. And on top of that, we had an extraordinary sexual relationship. So that kind of helped.

On her toxic relationship with Brando and her attempted suicide

My relationship with Marlon depended on what was happening at my psychotherapist’s. He would be very helpful. And then I would succumb to Marlon’s charms and go back to him for the 20th time. The only thing that really stopped it — and that was my intention at the time — was my attempted suicide. I couldn’t take being humiliated anymore. And I found that I was my own worst enemy. So it was my intention. The objective of this attempted suicide was to get rid of this relationship. …

[When I survived] I would never try that again. I absolutely knew I would never, ever try such a thing again. It’s so against my nature. And my doctor said to me, my therapist, he said, “You can never, ever, ever see Marlon again, because the next time you may not be as lucky.” And he made Marlon write me a letter about, “This is it, Rita, I’m sorry for everything, all the things I’ve done. This is a letter of goodbye. I will never see you again.” By the way, six months later, he called me on the phone and we became friends.

On being unhappy in her marriage to Leonard Gordon

I really did love him, but what happened was… sometimes people make contracts with each other that are never verbalized or spoken. In my case, it was “I’ll be a wonderful little girl and amuse you and make you happy if you will be my daddy and my protector and take care of me.” That’s what our contract really was, and the day that I decided I wanted to start growing up is when the marriage got into trouble, and that literally started in our seventh year. I remember talking divorce with him at that time. And of course, we didn’t, and I didn’t and that was that. But I was unhappy for a very, very, very long time.

On being on her own after Gordon died

I blossomed. I absolutely blossomed. I’m a person whose biggest hobby is laughing. Truly, I love laughter. I love humor. I love being raucous, which is one of the things that really annoyed my husband. He called it “my show business self.” And all of that was now up for grabs. I could be anyone I wanted to be. I could be what I felt. I wanted to be what I needed to be. And it was grand. Absolutely. I didn’t look back. Not one second, which is fascinating to me. I have not looked back.

Lauren Krenzel and Seth Kelley produced and edited this interview for broadcast. Bridget Bentz, Molly Seavy-Nesper and Beth Novey adapted it for the web.