This week NASA will attempt to land its fifth land rover on the surface of Mars and the Fort Worth Museum of Science and History is inviting the community to be a part of their Mars Landing Watch Party.

In fact, it’s so suspenseful that NASA refers to the descent to Mars’ surface as “Seven Minutes of Terror.”

“Once the lander starts its descent through the atmosphere there’s no stopping,” said Rehnberg. “The entire landing is controlled by the onboard computer. It has one shot to land successfully.  NASA, you, me and everyone else watching will find out at the same time if Perseverance made it.

“You’ll either see a lot of very sad people or lots of cheering and hugging in Mission Control. It’s truly something that can’t be missed.”

NASA’s programmed landing of the “Perseverance” Rover is scheduled for Thursday, February 18, at 2:55 p.m.

Prior to the landing, the museum will host a 30-minute live Q&A session on its Facebook page. Dr. Rehnberg and fellow staffer Dr. Doug Roberts will talk about what’s coming and answer submitted questions from the Little Scholars and community participants.

Following the session, participants will be instructed to navigate to NASA TV to watch the landing live.

The event is part of the museum’s new hybrid programming that combines opportunities for hands-on activities and digital experiences. Anyone can take part in the same activities as the students in the museum’s Little Scholars program, but at home and on their own timeline, and then virtually connect with the museum’s staff of experts.

“We’re providing those activities so that [families] can get that kind of hands-on experience and then engage with the museum experts using Facebook Live,” Rehnberg said.

In 2012, NASA landed the Curiosity Rover on Mars. Its mission was to search for evidence of water which it did find. Since we know that here on Earth, water is necessary to sustain life, Perseverance’s main goal will be to search for signs of ancient life.  It will collect samples of rock and soil and package them so they can possibly be picked up and returned to Earth in a future mission.

One experiment Perseverance will conduct will be to see if it is possible to generate oxygen out of the Martian atmosphere. The technology would be important in order to send human explorers in the future. 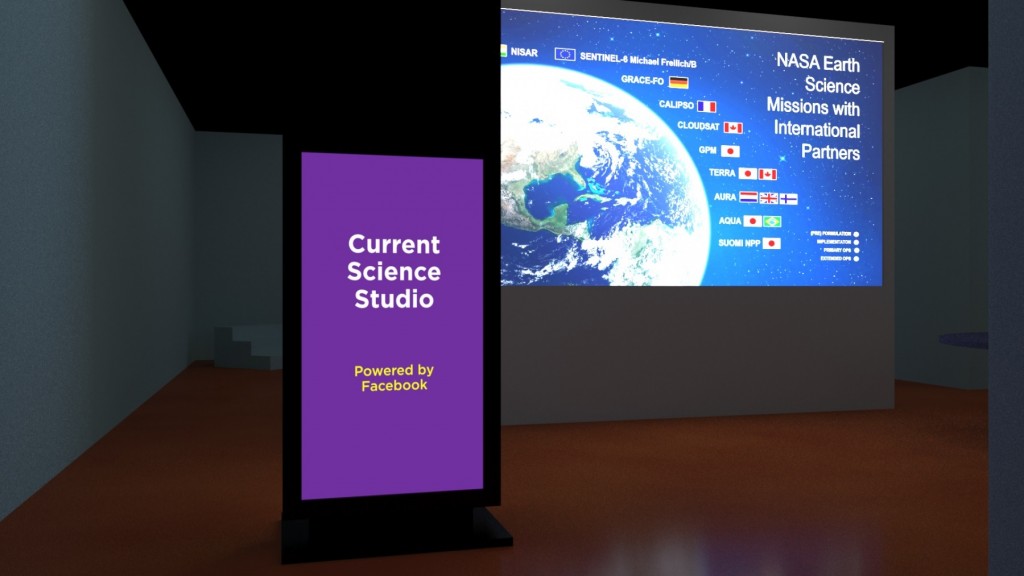 Photo: Fort Worth Museum of Science and History.

The museum hopes to open a new gallery in the spring called  The Current Science Studio to keep the public up-to-date with what’s happening in the world of science right now, said Rehnberg.  It will include tools to help visitors track the progress of the Mars Rovers as they go out on their science missions.