If you’ve been binging on Netflix and Amazon Prime, you might want to take a sec to appreciate how artists — actors, directors, writers, costume designers, cinematographers — have been helping you get through this current crisis.

But you can certainly max out digitally at the high end: The Dallas Theater Center will live-stream its production of “American Mariachi”— the final dress rehearsal was taped with four hi-res cameras. Ticket buyers will receive an online link and a password to access the recording within 24 hours, and that password will be good for two weeks only. So it’s a limited, exclusive show. “American Mariachi” originated two years ago at the Old Globe in San Diego and was going to open at the Wyly Theatre last week, but you know the rest. Set in the ’70s, the show is about a young Latina wanting to form her own all-female mariachi group (back when women didn’t do that), and it features a live band on stage.

So here’s our partial (let’s call it curated) list of North Texas artists, arts organizations, parks, bookstores and music performances you can access via the web. We’ll update it as we learn more:

Many art collections, historical and cultural sites (London’s Tower Bridge, Machu Piccu) can be viewed through Google’s Arts & Culture website — including temporarily closed North Texas museums such as the Amon Carter Museum, the Kimbell, and the Dallas Museum of Art. World-famous, individual paintings (Gustav Klimt’s “The Kiss,” Monet’s “Water-Lily Pond”) can even be studied up-close there.

But in most cases, viewing a museum’s permanent collection, item by item, can be done by simply visiting the museum’s own website.  What’s more, many of these museums — like the Nasher Sculpture Center — have educational resources on their sites or YouTube channels with video lectures and at-home activities. Google’s Arts & Culture does have some virtual ‘walking’ tours, however — like the site’s “Street View” feature — although these are mostly of heritage sites and landmarks, like the Rijksmuseum in Amsterdam, the Sydney Opera House and the Palace of Versailles.

For contemporary art, you can view a curated sampling via Pandemic Faire. We’re talking works by such Texas artists as Gabriel Dawe, Frances Bagley, Lettitia Huckaby and the like. The website makes no money from this — instead, it has links to the artists’ own sites, where you can purchase their works.

The Dallas Contemporary has its own online offering — DCfromhome — which includes lesson plans, worksheets and at-home activities.

Meanwhile, several art galleries — like Lilian Bloch on Instagram — offer tours or individual selections from their current shows. And as previously noted, solo artists are offering their efforts online: On his Facebook page, Dallas artist Arturo Torres has posted “Benny’s Silly Monsters Coloring Book” with black-and-white cartoon characters — suitable for printing out and letting kids color them (Benny is Torres’ own son, Benjamin). 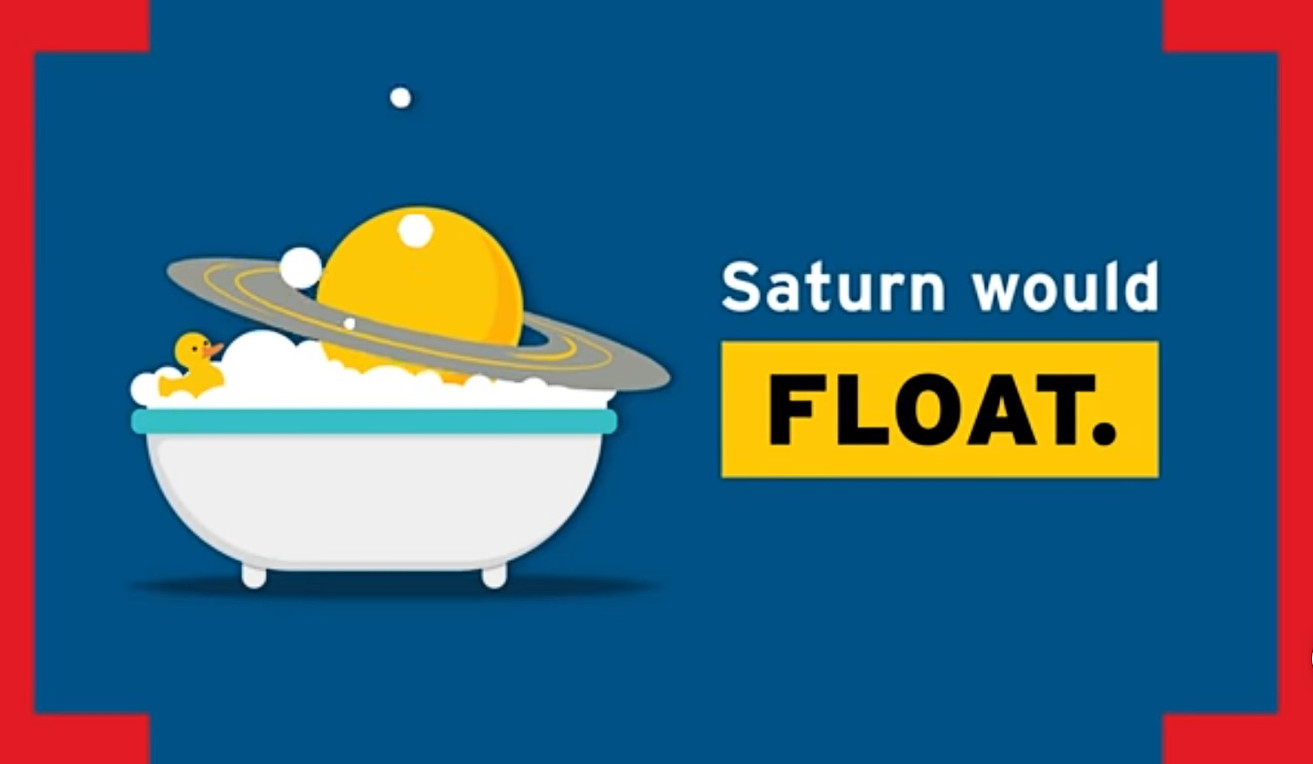 You can “Amaze Your Brain” at home via the Perot Museum’s YouTube channel. Saturn’s so light (almost all of it’s gas), if there were a bathtub big enough, it’d act like a very large rubber ducky.

For its part, the Perot Museum of Nature and Science is temporarily closed, but you can still point your kids to the museum’s “Amaze Your Brain” videos on its YouTube channel.

Fort Worth Museum of Science

The Fort Worth Museum of Science and History is now ‘field-testing’ its Discovery Lab Online series via its own YouTube channel. Starting March 23rd, the museum is presenting live and pre-recorded material daily — all of it geared toward young minds.

And Google Earth has put up a site similar to its Arts & Culture one that features virtual tours of America’s greatest national parks — including Big Bend and the Guadalupe Mountains in Texas.

Coming up April 23-25, Dallas-based EarthX will host its environmental conference and film festival virtually. It’s doing all this with the National Geographic Society because this year is the 50th anniversary of Earth Day.

With the Dallas Symphony, you can follow #keepthemusicgoing on Facebook to listen to symphony musicians perform from home. The DSO also has its own YouTube channel, where you can watch Fabio Luisi conduct Beethoven’s 7th or this brand-new video of a woodwind chamber music concert recently taped at the Meyerson (above). The DSO is planning on adding more such performances in the near future.

The Eisemann Center has closed, but the Plano Symphony Orchestra will still perform there — just not with a live audience (although their school performances in March have been cancelled). Instead, shut-ins at home can watch the PSO’s concerts — at 8 p.m. on Saturdays through April 25th. For those holding tickets for the live concerts, the PSO suggests you might donate them and receive a tax deduction, exchange them for the April 26th concert of Beethoven’s “Emperor” Concerto or receive a credit to be used during the coming season.

The Dallas Opera has an ongoing series of Livestream Recitals on its Facebook Page — performances that were taped in Hamon Hall at the Winspear Opera House. So far, they include concerts by baritone Lucas Meachem, who was set to appear in Verdi’s Don Carlo, and soprano Jocelyn Hansen from the company’s Education and Outreach program, singing numbers from Broadway shows including lesser-known musicals, notably, Natasha, Pierre and the Great Comet of 1812.

The Dallas Bach Society also has its own YouTube channel — and just put up a whole slew of new videos, including this excerpt from their Monteverdi concert. 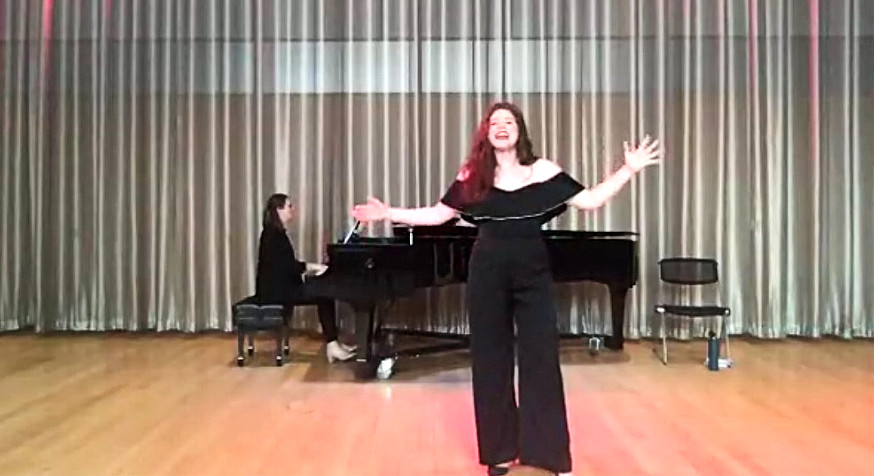 The Dallas Theater Center will live-stream its production of “American Mariachi”— the final dress rehearsal was taped with four hi-res cameras (see the video up top). Ticket buyers will receive an online link and a password to access the recording within 24 hours, and that password will be good for two weeks only. So it’s a limited, exclusive show. “American Mariachi” originated two years ago at the Old Globe in San Diego and was going to open at the Wyly Theatre last week, but you know the rest. Set in the ’70s, the show is about a young Latina wanting to form her own all-female mariachi group (back when women didn’t do that), and it features a live band on stage.

Music for the Soul

“Funny, You Don’t Act Like a Negro” by M. Denise Lee just finished its run at Theatre Three, and T3’s artistic director Jeffrey Schmidt has said he hopes he can bring it back. But Lee is hardly slowing down. She’s launched an online series, Music for the Soul, with performance videos (of her and other local actor-singers like Liz Mikel) posted on her Denise Lee Onstage Facebook page.

Oak Cliff’s Texas Theatre has started its Virtual Screening Room with the movie, “Corpus Christi,” about a would-be clergyman and ex-con who’s mistaken for a real priest.

Denton’s Thin Line Fest will be live-streaming all its documentaries (some 50 full-length and short films) via its website — in collaboration with Dallas Video Fest’s Alternative Fiction series. These digital screenings will come with live, post-show Q&A sessions. Even the award ceremony on March 28 will be live-streamed.

Great masses of people have stocked up on reading material via Amazon (although when I can, I use Powell’s — they recycle their shipping materials, for one thing). But if you want to support areas stores, the ones that bring in local and national authors, hold bookclub meetings and even Shakespeare in the Bar performances, you can still turn to web purchases: The stores serve you, you help them.

The bookstore The Wild Detectives, in Dallas, just launched its own ‘virtual shop’ — the image above is outfront. It has a retail website now, done through bookshop.org, which helps raise money for independent booksellers. The new online outlet is in addition to the Detectives’ regular website with its calendar of events. The pickings may not be vast — 141 titles — but as typical of the WD, they are choice and bilingual.

Dallas’ Interrabang Books continues to sell books on the web, despite getting seriously clouted by the tornado in October and having to relocate its store to Lovers Lane at the Tollway. And then came the shelter-in-place that stopped most retail operations like theirs. So supporting Interrabang by buying your books via their website has become pretty important to that operation.

And although Half-Price Books has temporarily closed all of its 126 stores nationwide, including its mothership on Northwest Highway, it’s also got an online retail page.

Speaking of book clubs: Richland Hills author and librarian Pamela Skjolsvik has started a Facebook group called The 2020 Quarantine Book Club. The idea is to help debut authors who’ve had to cancel book tours and public events. It’s a private group (you have to join to read the posts), but its first selection is  “The Mountains Sing” by Nguyễn Phan Quế Mai –– and the group already has more than 800 members.