Editor’s note: As the pandemic continues, KERA and The Dallas Morning News are collaborating to document its impact on North Texas’ arts and culture scene. KERA’s Jerome Weeks visits Stage West to learn what the newly renovated spaces bring to Fort Worth.

This week, Stage West opens its new season in freshly expanded spaces that include a bright lobby, upgraded rehearsal room and a flexible theater — all of which make the entire performing arts facility unlike any other in Fort Worth.

It was estimated that the $3 million renovation would take about two, maybe two-and-half years when it began in 2017.

It took almost four — plus a pandemic.

COVID-19, for all its devastation, gave the theater a lucky break: Shutting down all live performances because of the pandemic allowed the 43-year-old theater company some breathing room to finish the project.

In fact, executive director Dana Schultes said, the pandemic delay may have saved Stage West: “If we’d been trying to perform while doing that project, we may not have made it.”

What’s special about The Evie

The newly christened black-box performance space, the Evelyn Wheeler Swenson Theatre, is named after the late mother of a Stage West patron.

When the Evie, as it’s called, is configured in-the-round, it can seat as many as 210 people — which is more than the company’s long-standing home next door, the Jerry Russell Theatre (146 seats).

It will transform what audiences will see at Stage West by giving the company more range in staging shows: During the course of its new season, Stage West will use the Evie in four different configurations from 60 seats to 210.

Thanks to architect Morris McIntosh, who designed the expansion and renovation, the Evie shares a lighting booth, dressing rooms and rehearsal room with the theater’s older Jerry Russell Theater, which also has been upgraded.

The conjoined configuration means Stage West can switch back and forth between the two spaces. It also means the company can stage its own shows in one while using the other for acting classes – or rent it out to local performing arts groups or event planners.

Longtime board member Subie Green stood in the new lobby and called Stage West’s transformation since its beginnings in 1979 a “miracle.”

“This organization was founded in a downtown sandwich shop [by the late artistic director Jerry Russell],” Green said. “So it’s come from virtually nothing. And when you see what’s happened to this space” — the 1931 bus garage that Stage West moved into in 1981 — “it’s just a miracle. This is like state-of-the-art.”

Schultes said the pandemic hit at a critical moment. Soon after COVID stopped the company’s live shows, they discovered their original construction plans to have the two separate theater spaces run off separate electrical systems was not going to pass muster with city inspectors. 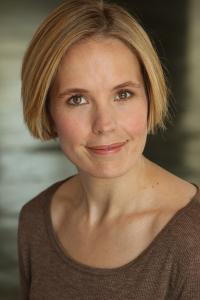 Executive Director Dana Schultes said completing Stage West’s $3 million renovation “would have been a nightmare” if COVID hadn’t stopped the theater’s original plan to continue with live shows during construction.

Trying to revise those plans, finish building out the facility while also raising the money to pay for the project — and, oh yes, simultaneously staging a full season of plays — all of that probably would have exhausted the company, Schultes said.

“When the city said, ‘Nope, this is going to be one electric service,’ that changed everything,” she said. “If we’d gone ahead, it would have been a nightmare. We’d have confronted the fact we couldn’t use any of the building until everything was done. So to continue to perform would have meant finding a different place, which would have required a massive amount of rent. And where — where would we have even gone?”

Stage West certainly didn’t stop presenting shows during the pandemic. Like many other companies, it switched to live-streaming them — right from the start with Lucy Kirkwood’s post-nuclear accident drama, The Children. It closed because of COVID, right after its very first weekend. But within a month, Schultes had it filmed and up online.

In addition to several other streamed projects the past year,  Stage West imported Prism Movement Theater’s dancing-outdoors-on-cars production, Everything Will Be Fine. 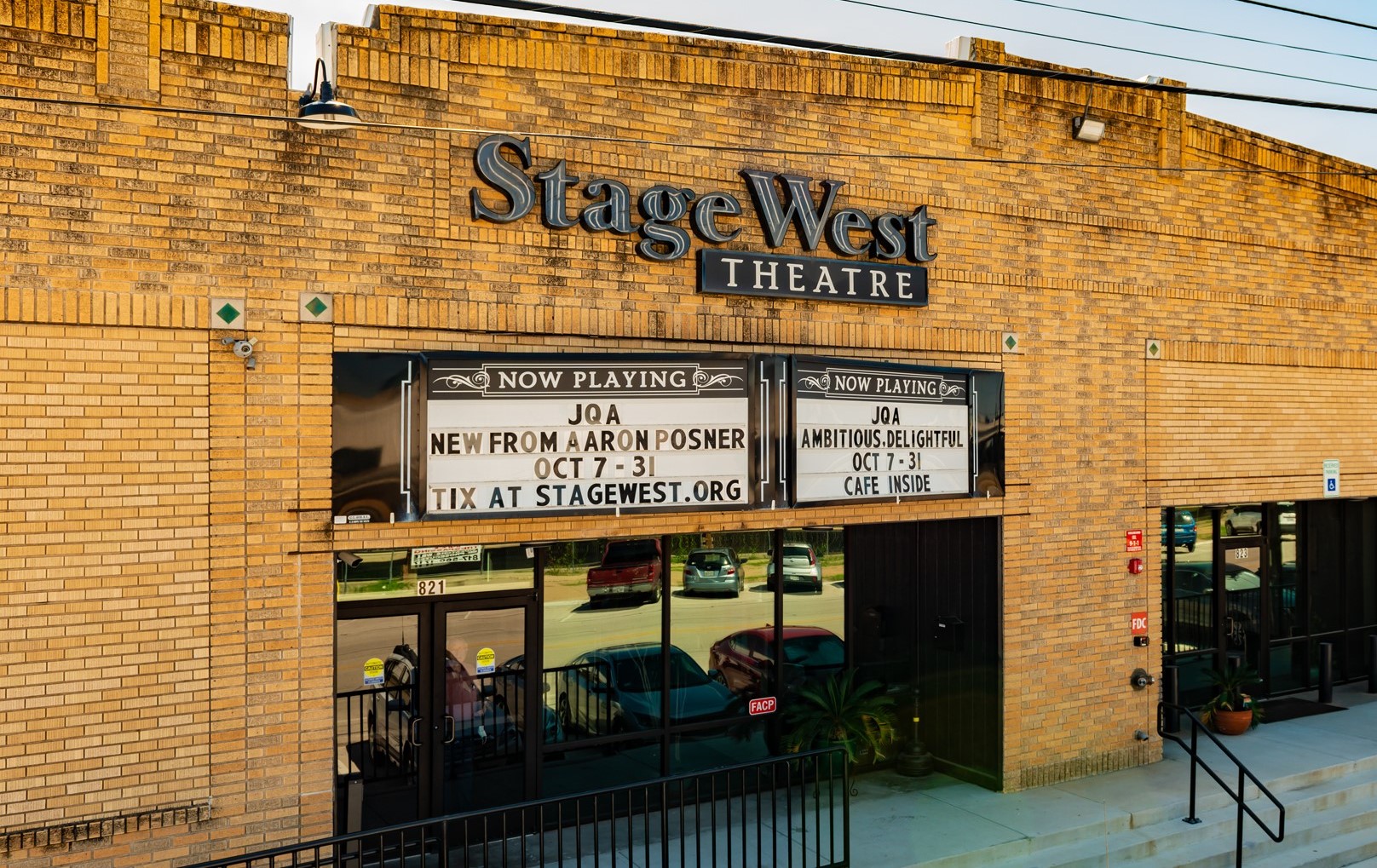 Stage West’s renovations are ready to welcome audiences for its season opener. Even the exterior may get refurbished — thanks to the designation of the Near Southside neighborhood as a state “cultural district” and the grant money that can come from that. (Ben Clemens | Stage West)

As part of the upgrades that will welcome back actual theatergoers, the company’s old bus garage now has a striking lobby that gives Stage West’s entrance and restaurant more light and color and space. That’s partly because a good chunk of the floor space has been lifted up to create a wrap-around balcony, which can be used as yet another small stage.

And there could be more updates to come.

The designation of the Near Southside neighborhood as an officially recognized Texas cultural district lets the theater apply for a grant to redesign its front exterior. With a new sign, that’ll increase the company’s visibility on I-30. There are even plans for a patio stage in the back — yet another possible performance space.

“Coming to the theater,” Schultes said, “it’s always interesting to me just to sit there and be sucked in by great storytelling.”

But with the Evie’s adaptability when it comes to different stagings, it’ll be “even cooler if you can walk into a space you’ve never been to and it’s all this new experience, ‘Oh, I’ve never seen it from this perspective before. I have never imagined what it would be like to be looking down on the stage or sitting on the stage.’”

A version of this story aired on KERA-FM (90.1) and appears on dallasnews.com. It will also appear in the newspaper’s Sunday, Oct. 9, Arts & Life section.