Gun violence. Race. Immigration. Artists often tackle our most controversial topics. Next week, Art&Seek’s Jerome Weeks will lead a public conversation with three Dallas performing artists about politics in their work. In State of the Arts, he tells KERA’s Anne Bothwell that they typically don’t set out to preach.

The stage couldn’t hold all the speakers.

Actually, I’ve said for years: Preaching, politics and performing are closely related. All three involve standing up in public and speaking, testifying, inspiring people – and sometimes even pretending you’re someone else.

State of the Arts: Politics in Performance, Thursday, March 28 at 7 p.m. at the Dallas Museum of Art

But I put your question – about links between politics and the performing arts – to Mara Richards Bim. She’s one of our panelists, an Art&Seek Spotlight artist and the artistic director of the teen theater company, Cry Havoc. And Mara said, “We’re dealing with human relationships, and the best drama has power dynamics and conflict in it. And politics, you know, is rife with that, so they just sort of go hand-in-hand.”

Which made me realize that probably every play by William Shakespeare has a political element to it. That’s because whether it’s comedy, tragedy or history, his main characters are always kings and aristocrats. Which means power is involved: Who’s in charge? Who wants to be married but can’t be? Who inherited what? Who really wants to be in charge?

And from there, much the same could be said of so many plays from George Bernard Shaw’s to David Mamet’s to Suzan-Lori Parks’. Power conflicts – within families or kingdoms, races or the sexes – mean politics.

But when you put it like that, I can just hear some listeners thinking, I’m sick of politics. Can’t I at least go to the movies or to the theater to escape?

And plenty of artists sympathize.

Jonathan Norton is currently playwright-in-residence at the Dallas Theater Center. He’s written overtly political plays about Martin Luther King, Jr and civil rights activist Medgar Evers. His newest play is ‘Penny Candy,‘ and it’ll premiere in June at the DTC. But this play is autobiographical – it’s based on his childhood growing up in Pleasant Grove.

Even so, Jonathan told me, he didn’t feel the play was really working – until he included some of Dallas’ troubled racial and political history from that period. It needed those connections, that richer, wider context. So I asked him, was he concerned about people being turned off by the whole idea of ‘political theater’?

“Actually,” he said, laughing, “I don’t blame them for being a bit turned off with the idea that someone’s going to preach to you for two hours. But what I will say is one of the reasons I’m drawn to that intersection of politics and art is precisely that challenge: How do you engage the imagination and the intellect and the heart? And I think that with that I do – in order for it to be successful, it requires you to do all three.”

In fact, Jonathan said that it’s the the political aspects of his plays that often scare him. 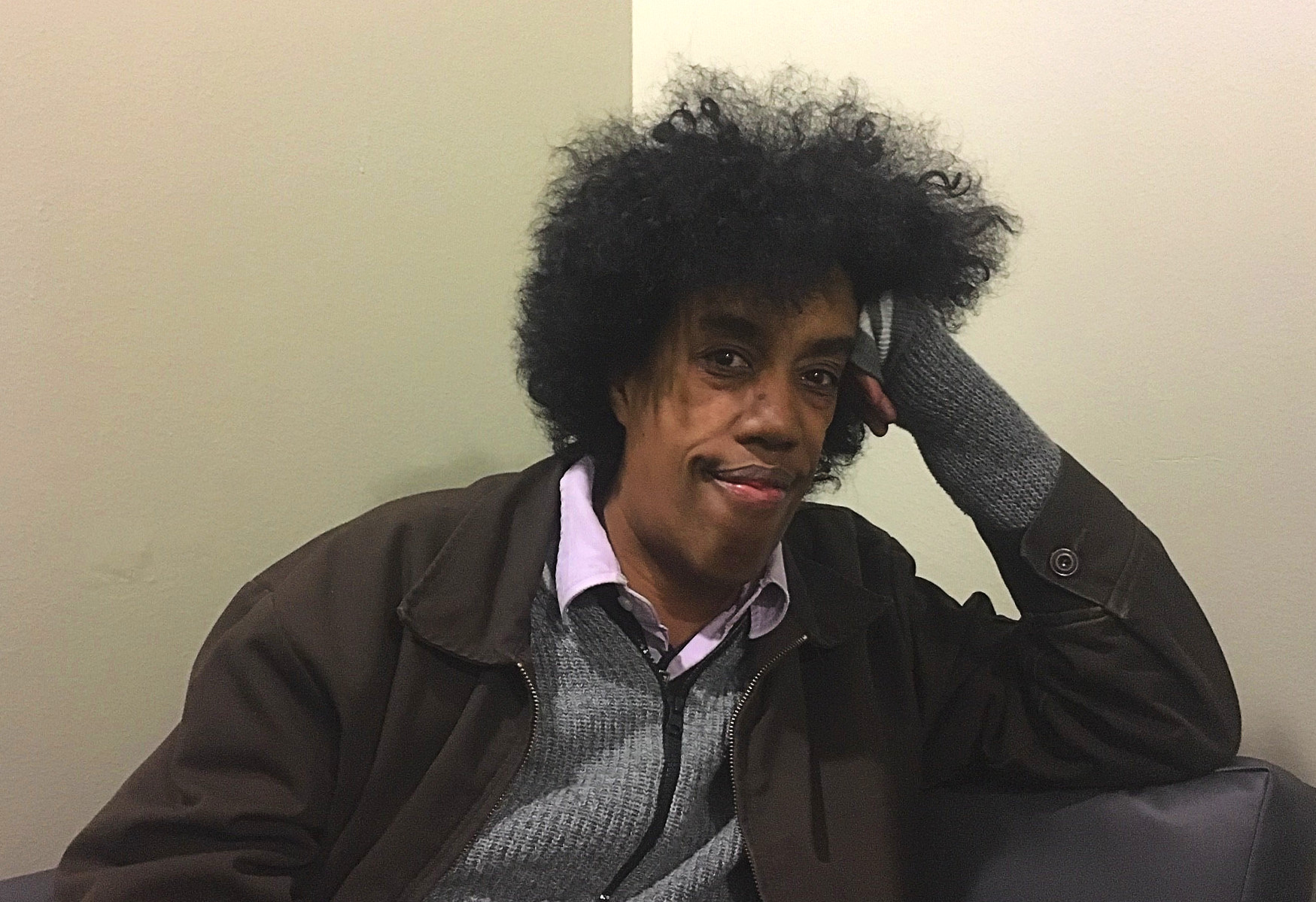 Because, as he put it, there’s a very good chance he could look completely stupid in public. He can’t really write about politics off the top of his head – the way he can with memories of his childhood. He has to research it, talk to sources. But he said he’s also learned that his scared feeling about a topic is often a good sign he should continue working on it.

Regardless of whatever ‘political content’ such works might have, don’t artists create works with the idea to ‘send a message’?

Countless artists I’ve interviewed have said, essentially, if they could have simply expressed whatever ‘message’ their work conveyed any other way, they would have done that.  They would have just said it. Instead, their artwork is their ‘message.’ They’re expressing whatever impulse or idea or hope or desire they have through dance or music or digital projections. They’re creating this something because words aren’t enough, they’re too reductive, not revealing. not elusive enough.

And actually, what I found interesting about our other two panelists – Mara Richards Bim and Sam Brukham director of the Verdigris Ensemble and another Art&Seek Spotlight artist — is that they told me they had no conscious intention when they started out of even addressing political material.

Right. Cry Havoc now has that reputation for tackling hot-button topics. But it didn’t start with that goal. Richards Bim said, all she really wanted to do was give young theater people a stage to address things that were relevant to them. And following their lead, this is where it’s taken Cry Havoc.

But something of the same thing happened to Sam Brukham. Verdigris, the choir he developed two years ago, is ‘political’ in the sense he’s determined to bring modern choral singing out of concert halls and into schools and communities.

But for the Soluna Festival, coming up in April, Verdigris is premiering a new work called ‘Faces of Dallas.’ And Sam interviewed people for it because he wanted Dallasites to hear from other Dallasites whom they might normally never speak to. Brukham has gotten more than 800 responses from people talking about ‘what Dallas is.’

And then, he said, “we’re taking four particular portraits, four faces, where we sort of delve into people’s individual stories and find what struggles are going on with their life. And many times it has to do with the politics of Dallas or the politics of the United States at large.”

So you’re saying the politics in these works started when the artists started talking to other people?

Yep. Asking people questions. Doing research. Stirring up trouble. You can’t have ‘politics’ without other people.