Skip Navigation
Home > ArtandSeek.net > State Of The Arts: The Art And Industry Of Animation In North Texas

We’re living in a new golden age of animation. More than 100 animated movies are released each year from around the world, even countries like Malaysia and Norway are producing full-length animated features – and that doesn’t even include videogames or TV cartoons. Thursday, Art & Seek presents a State of the Arts panel at the Dallas Museum of Art on animation – both as an art and an industry in North Texas.  I sat down with Art & Seek’s Jerome Weeks, who’s hosting the panel, to talk about the future of animation. Our expanded conversation:

Anne Bothwell: Jerome, ‘Toy Story’ came out 22 years ago, and that was the first film to use computer animation. But nowadays, computer generated imagery on everything , live-action Hollywood movies and, of course, videogames. Has all this affected animation?

Film Animation: Past, Present and Future is Thursday, October 5th at the Dallas Museum of Art. The panel will include Bryan Engram of Brazen Animation, Brandon Oldenberg of Flight School and Midori Kitawaga of UT-Dallas.

Jerome Weeks: It’s called ‘convergence.’ It’s becoming a fact of life in the industry. The CGI software that lets you draw a swimming fish in ‘Finding Dory’ or create that flying car in the new ‘Bladerunner’ movie or any fight scene in an ‘Assassins Creed’ videogame – basically, it’s all the same. So creating regular movies, animated movies, videogames, they’re all becoming alike. That means video production outfits and animation companies can work in all those different media at once to bring in revenue, if they have the CGI toolkit. So they make a living by hiring out to handle the special effects in particular scenes in a Hollywood movie, they crank out TV commercials or online features and they work on their own ambitious projects on the side, like a videogame or animated film.

You said they’re all becoming alike. Do you mean that everything in mainstream animation – films, games, TV shows – it’ll now start to look alike?

Yes and no. Mediocre animation has always had a sameness to it – whether it’s hand-painted or computer-generated. All those TV cartoons that Boomers grew up on — ‘Yogi Bear’ and ‘Scooby-Doo’ – they all looked alike.  They looked cheap because that’s how Hanna-Barbera cranked them out.

It’s not the animation technology that’s so important in this case. It’s how it’s used. Here’s Brandon Oldenberg, who’ll be on the panel at the DMA. He started in North Texas with ReelFX, then he helped start Moonbot Studios in Louisiana and won the Oscar for best animated short with William Joyce for the incredible ‘The Fantastic Flying Books for Morris Lessmore.’ Now Oldenberg’s back here with his own company called Flight School: “What we love to do is tell stories, and the stories live beyond just one medium. They all are to be experienced, whether a TV show or a graphic novel or a videogame or theatrical experience or VR. So we like to think of ourselves as storytellers experimenting with new technologies to deliver those stories.”

But VR still has some serious hurdles to overcome. 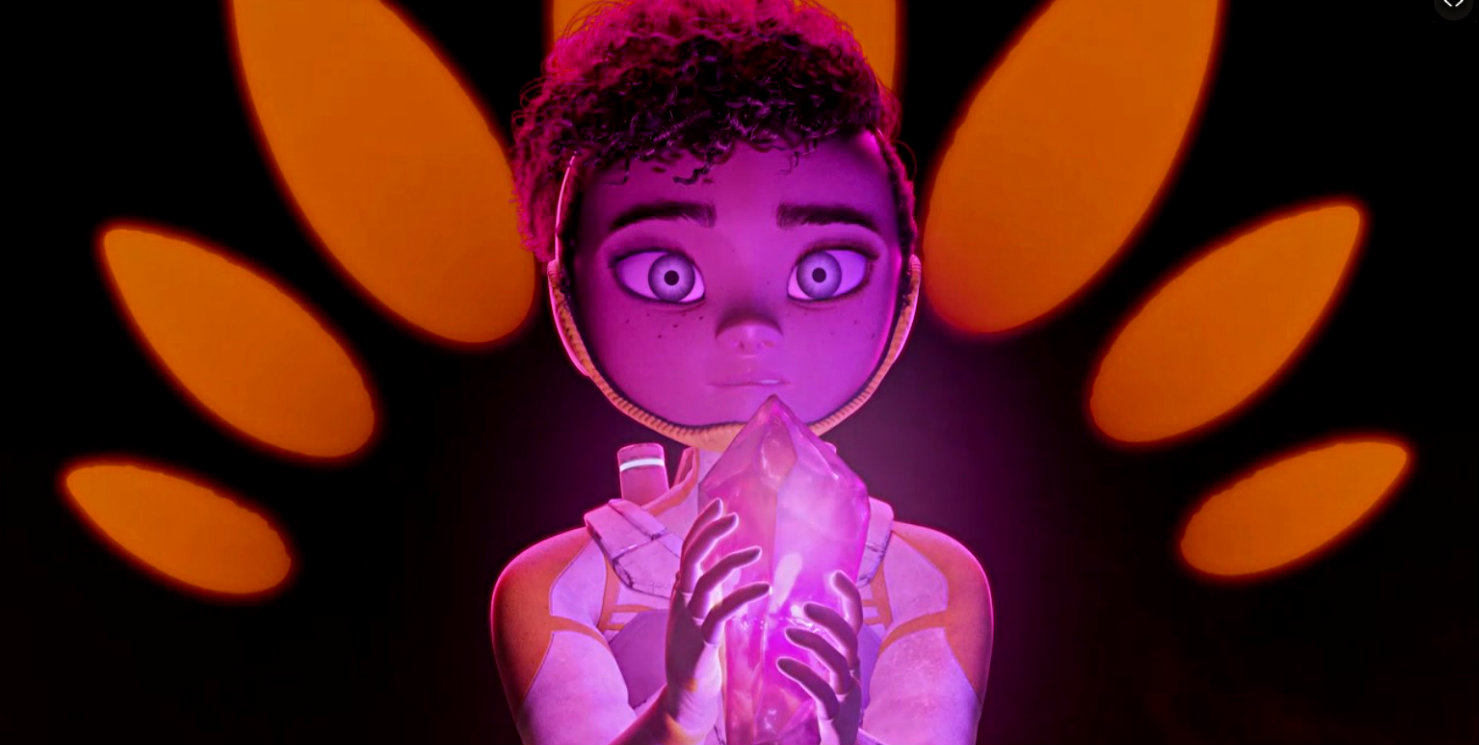 ‘Escape,’ a short film by Flight School for Dolby

Is this just a matter of getting more people used to it? Or are companies not finding the right animation that clicks with people?

Well, you’re right in that there are both technical and artistic problems. So far, with VR, you wear a headset. Wearing this thing on your face like a gas mask – that gets old, fast. It’s a weight on your face, you’re more or less blind — and with the Playstation VR set-up, you’re even tethered to the player. There are quite a few people who just aren’t going to like such a user experience.

But the real hurdle is how do animators keep a viewer moving through virtual reality? With online VR/3D videos, the camera takes you through or an on-camera narrator, like a newsman fills you in and leads you on. But with a VR player and videogame, you find yourself inside this entire virtual world, and what’s to keep you from just staring at the sofa the whole time? Cool. Where can I buy those cushions?

To have a story, things have to happen, and happen in some kind of order that viewers would naturally follow.

Yeah. Wearing a VR headset, I think everyone’s first impulse is like mine, just to wander around exploring. ‘Gee, what’s that thing over there?’ It’s kind of like being the first person on a new planet, everything’s worth a look. But after a while, you start to ask, ‘OK, so now what? Is anything going to happen?’ This situation exists already with ordinary, non-VR videogames that let you explore the immediate environment, games like Bioshock. You wander around until you discover something useful or trigger something or find an entrance to another space that leads somewhere. Or you find a monster and run away.

Remember, when moviemaking started, directors didn’t know where to point the camera. Or when to cut to a new scene. Or how close-ups could advance their narrative, heighten a viewer’s emotions. They had to invent all those techniques of cinematic storytelling — which were then re-learned, re-applied with animation. Same thing with virtual reality.

From the teaser for ‘Tempest’ by Brazen Animation

This is Bryan Engram. He also started at ReelFx and now heads up his own North Texas studio, called Brazen Animation: “It’s an interesting time because there are certainly no rules with VR. There are limitations but there are no rules. And so people are trying to apply the rules that they know from traditional filmmaking in order to make it work in VR. I tend to think that it’s not linear, unless you force it to be.”

What Engram means is that the world of virtual reality can be an environment like the one I described already, a space to explore. And that, by its nature, lends itself either to multiple storylines or to no storyline. You have to shape it or make it tell a story, give the viewer a reason to go in that direction. You have to point the camera thatawa.

Now, just how animators can do that –

— well, that’s something maybe your panelists will have an answer for on Thursday.