Skip Navigation
Home > ArtandSeek.net > State Of The Arts: ‘The Polaroid Project’ Makes Its US Debut At The Amon Carter

Polaroid cameras were a breakthrough, the first ‘instant’ cameras, the first to shoot and develop a photo on the spot. The Polaroid Corporation was a leader in innovation – but that was thanks, in part, to its work with artists. ‘The Polaroid Project’ is a major exhibition making its US debut at the Amon Carter Museum. For this week’s State of the Arts conversation, Art & Seek’s Anne Bothwell and Jerome Weeks sat down to talk about the once-iconic camera’s history, artistry and technology

Jerome, growing up, did your family have a Polaroid? I remember mine did.

We had an SX-70 Land camera – named for Edwin Land, the inventor of the Polaroid. The SX-70 was kind of the Apple computer of its day. It was Polaroid’s most ingenious fusion of consumer design and brilliant engineering. For us kids, of course, the REAL appeal was what came after you took a picture. You got to watch the image slowly appear before your eyes. 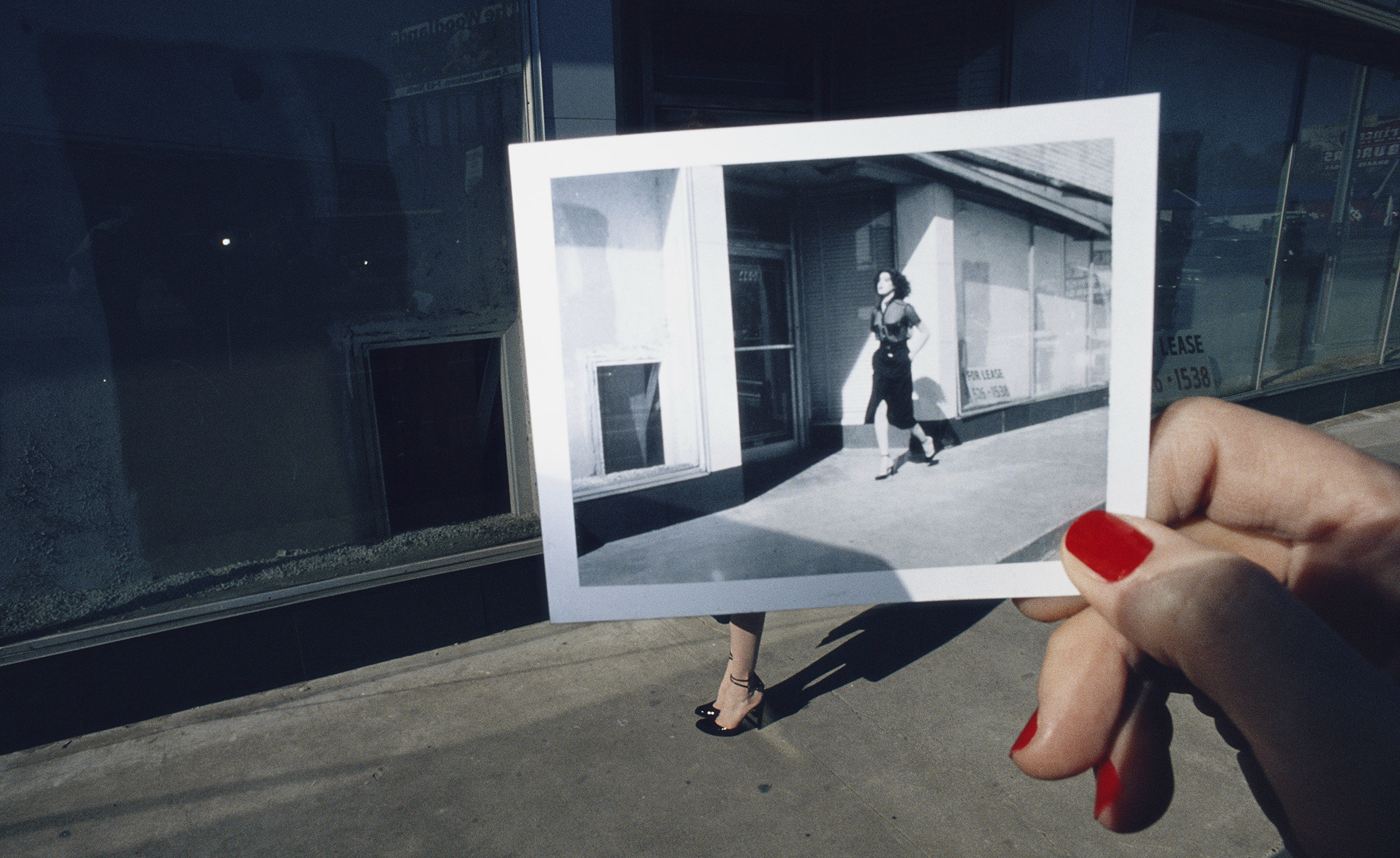 People who remember having Polaroids often associate them with family memories – partly because that was why it was so popular. Family snapshots.

‘The Polaroid Project’ runs at the Amon Carter Museum through September 3rd.

Yeah, which is a major reason ‘The Polaroid Project’ at the Amon Carter is such a surprise. The camera wasn’t just for amateurs. I knew many artists used it the way Andy Warhol did – like a quick, rough draft for a painting. A preliminary sketch, something disposable. And I knew that a terrific colorist like the painter David Hockney loved the Polaroid for its saturated colors. He created elaborate mosaic collages with them.

But I’d no idea that the company had this long-running program to encourage creative people to experiment with it. So there are 136 Polaroids here – and some are by major artists like Robert Rauschenberg, Robert Mapplethorpe, Ansel Adams, William Wegman, Walker Evans.

So what did the artists do with the Polaroid?

Well, the Polaroid was groundbreaking but it had two limitations. First, the film came in just one small size, it could fit in a wallet. With traditional 35 mm film, the kind you develop in a darkroom, you can enlarge the print to any size, make it really imposing. So Edwin Land developed a giant Polaroid. The print was 2 feet tall. And even though the camera weighed 200 pounds – artists went nuts with it. This was a big canvas to play with. A lot of the stunning images in ‘The Polaroid Project’ use this mega format. 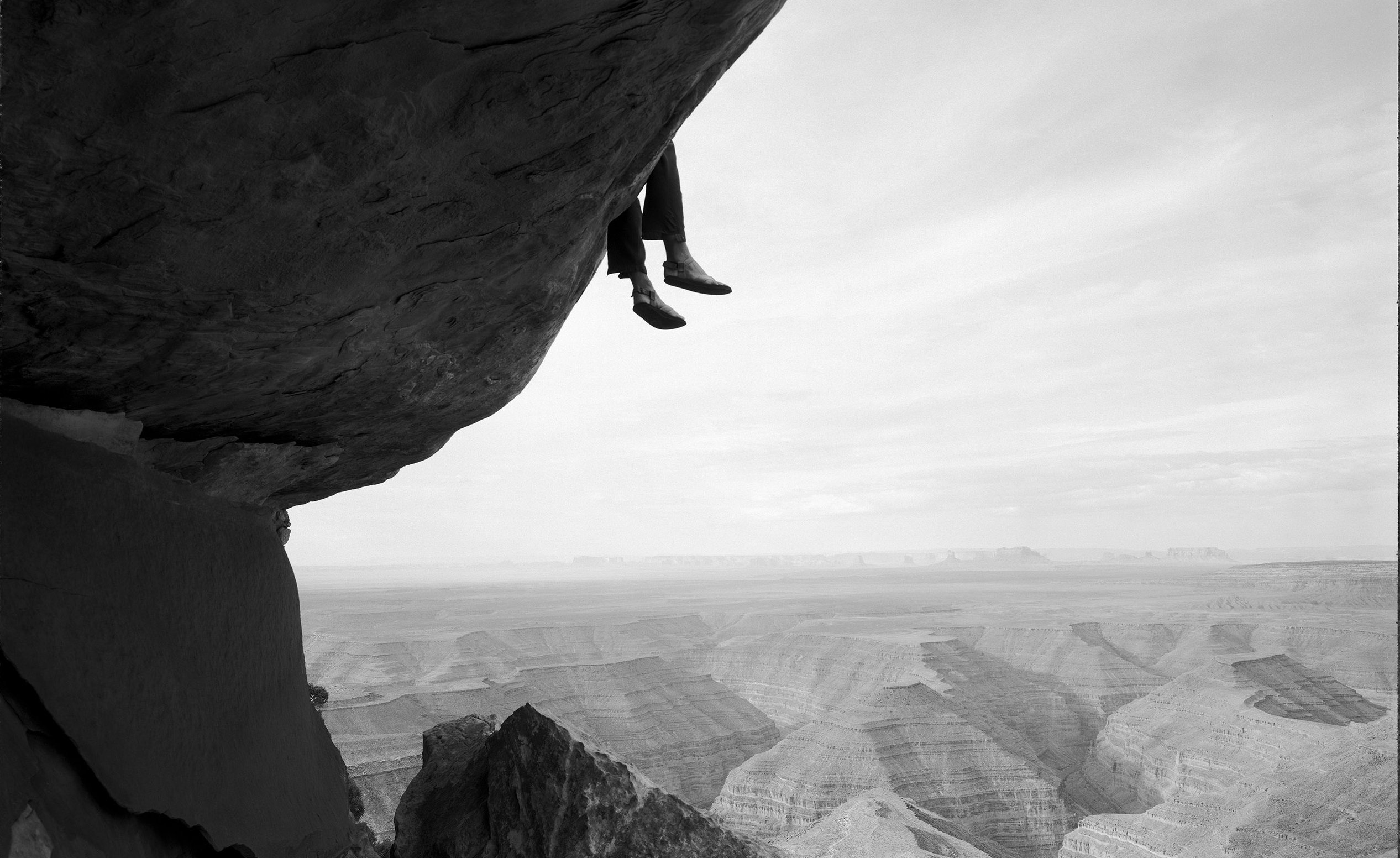 But with the big format Polaroid, you get landscapes, you get an epic scope. That contrasts with the smaller, original Polaroid prints. Because that was Polaroid’s second limitation. Like most flash-bulb, snapshot cameras, the Polaroid didn’t capture that much depth. They were like selfies; they seemed best for faces. And walking through ‘The Polaroid Project,’ you do get an overall, ‘surface-y’ feel. There’s lots of beautiful close-ups. But then, boom, there are the Big Guys. There’s more room, so more splash, more color, more elaborate experiments.

But the artists didn’t just go big, they went deep.

Soooo … the Polaroid camera really gets going in the ‘50s. And it’s wildly successful in the ‘60s and ‘70s. Did it fit in with wider art movements of those periods? I can see how it would definitely suit Pop Art, for instance

But the Polaroid camera was also like handing someone a little chemistry lab. All the photo-making process came inside it. So naturally, artists tinkered with it. You can see how this would lend itself to conceptual art, to pushing boundaries. ‘So … when I alter the chemistry and turn the photo into just abstract shapes – is this still a photo?’ 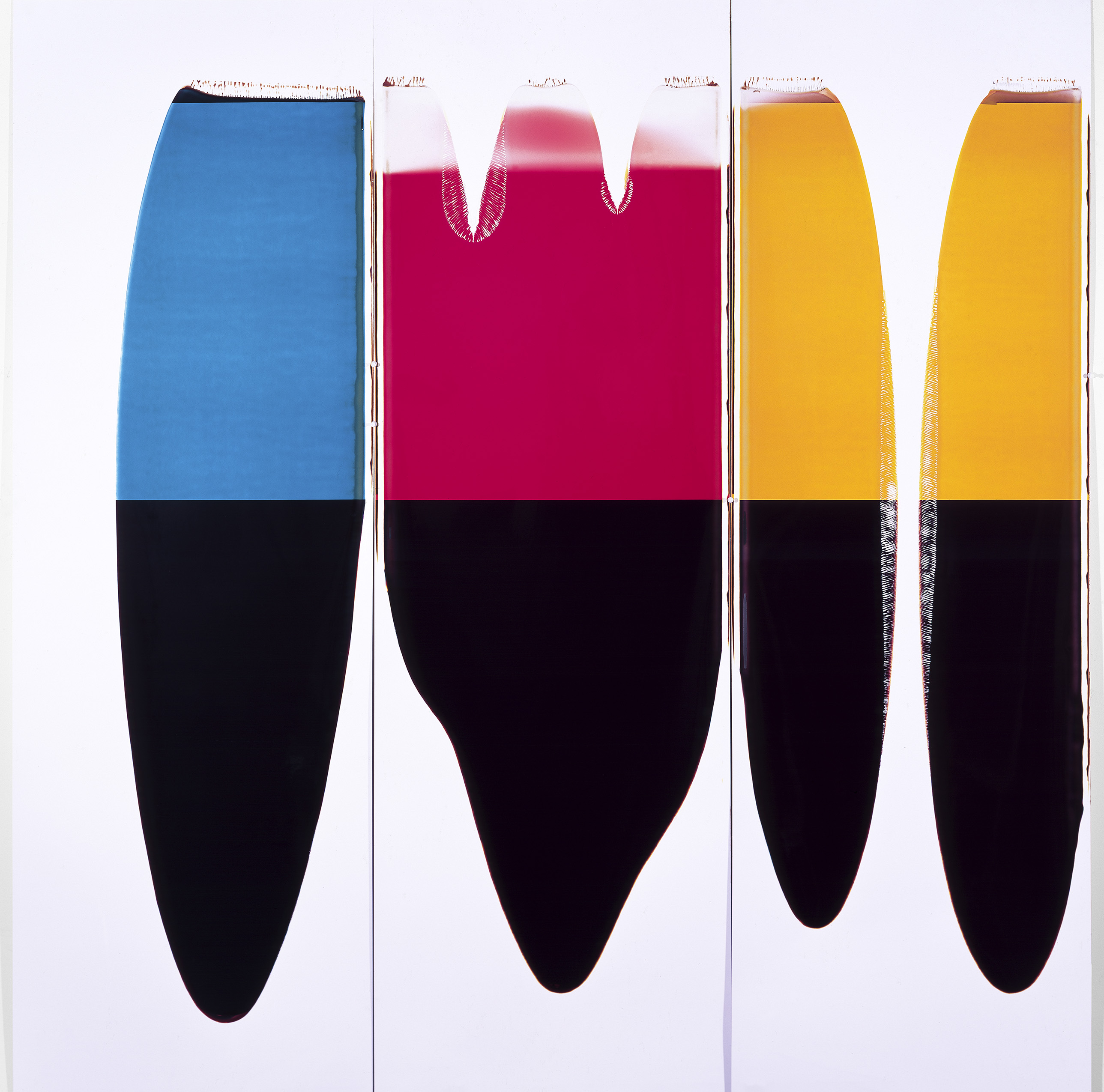 Yet even with all this going for Polaroid, once smartphones with digital cameras came around, it went bankrupt back in 2008.

It’s come back – Polaroid still makes instant cameras but more computerized. So yeah, in terms of influence and market share, Polaroid is hardly what it once was.

But speaking of technology, another factor that makes ‘The Polaroid Project’ a remarkable show is how the curators – including Barbara Hitchcock of Harvard and Deborah Douglas at MIT – how they’ve integrated the history and design of the cameras. We get these cool prototypes and drawings and cardboard mock-ups of early cameras.

It all drives home that Edwin Land’s invention was a real landmark of culture and industrial design.

Or as the show’s sub-title says, the Polaroid was ‘At the Intersection of Art and Technology.’