The Tony Award is theater’s big prize, of course, and Sunday evening at Radio City Music Hall in New York, the Dallas Theater Center will accept the regional theater Tony Award.  Art&Seek’s Anne Bothwell and Jerome Weeks sat down to discuss what such a prize means to the 58-year-old company.

So Jerome, we learned back in May the Dallas Theater Center won the regional theater award. And of course, they’ve been super-excited.  Artistic director Kevin Moriarty told Krys Boyd on THINK about learning the news but having to keep it secret: “I screamed and jumped up and down and then experienced the worst two days of my life because I was dying to tell everybody this great news and couldn’t.”

But the regional theater Tony is not like a best musical Tony – which can make a Broadway show a hit. So what does winning the regional award really mean?

JWObviously, it comes with some very welcome national attention. A televised broadcast from Radio City Music Hall? That’s a nice moment in the spotlight.

But speaking practically, it’s not like thousands of theatergoers across America are now flocking to the Theater Center. The Lookingglass Theater won the regional Tony, but I doubt there’s two dozen people in North Texas who even know where it is. It’s in Chicago, by the way. A regional Tony doesn’t even guarantee future success. Minneapolis’ terrific company, Theatre de Jeune Lune, won the regional Tony in 2005. And it went bankrupt three years later. In short, the regional Tony Award can mean … nothing much. A nice accolade.

On the other hand, for a very good reason, every recent winning theater touts their Tony on their websites, in their programs, in their ads. They banner their theaters with the news. I wouldn’t be surprised if the Theater Center wasn’t trying to figure a way to paint the Wyly to look like a Tony Award. It can be a big deal. 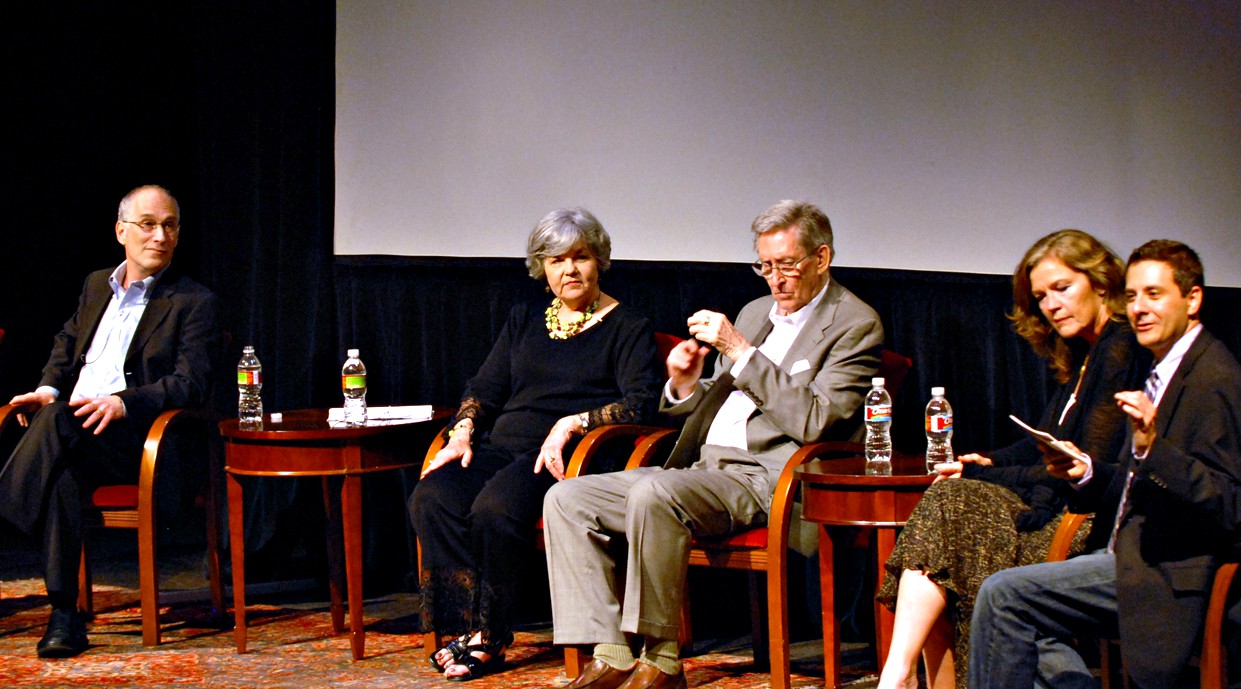 The DTC’s 50th Anniversary in 2011 included a panel at the Kalita Humphreys of the living artistic directors or their relatives, including Richard Hamburger, Robyn Flatt (daughter of founder Paul Baker), Adrian Hall, Linda Gehringer (widow of Ken Bryant) and Richard Hamburger.

So … what you’re saying is it’s a national award but its importance is really local?

JWExactly. It’s like the Dallas Symphony touring Europe and getting good reviews.  They’re not going to all that trouble just to collect nice press clippings for their scrapbooks. It’s not so much about impressing the people in Vienna – although doing well on these tours means you’re likely to be brought back, obviously, so you’re networking future collaborations. But the tour is really about impressing us. Touring Europe and getting acclaim? That helps sell the DSO back here.

The same thing with the Theater Center’s Tony. People think, ‘Oh, we’re all just so insecure in Dallas, we need the outside acclaim, and the arts group just wants the trophy on the shelf to brag about.’ Yes, and no. The Tony (or a successful European tour) represents a confirmation, a recognition of artistic merit beyond the politics and advocacy and jealousies of the local art scene. It says, ‘Our achievement isn’t dependent on the grudge your friend has against us or the fact your sister-in-law works here. People far away, with no direct connection to us, recognize this organization as valuable – in a major way.’ 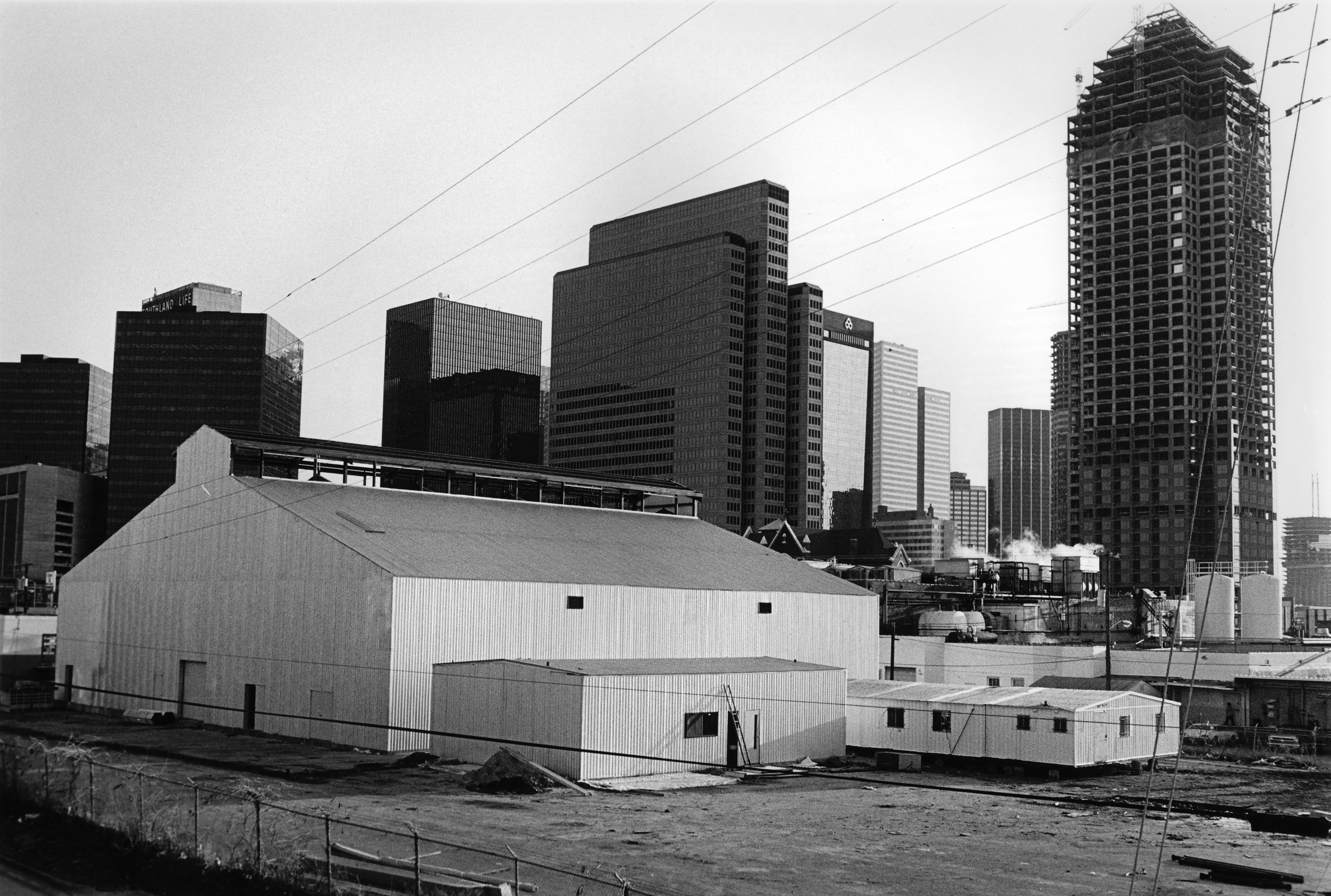 The DTC’s Arts District Theater, designed by Eugene Lee and built by artistic director Adrian Hall in 1984 so the company would have a toehold in the brand-new Arts District.

Why is such recognition important?

JWOne reason today is the internet. Despite what internet advocates have been proclaiming for decades now, the internet hasn’t really freed us from the supposed tyranny of critics and journalists like me. It has swarmed us with opinions and judgments and ratings. There are reviews of the Theater Center on Yelp, on TripAdvisor, Yahoo Local, all over your Facebook page, your Twitter feed. Who’s got time to sort through all that, to find a reviewer they respect?

Well, a Tony Award cuts through the clutter. It makes an immediate impression. People who’ve never even been inside a theater know what a Tony Award is. And that impact can prove particularly helpful in an area like North Texas where so much of the audience is brand-new, we get so much turnover, so many people moving here every week.

So, say you’re new in town, and you want to know, ‘Hey, what’s worth seeing around here?’ Well, a Tony Award helps answer that question. 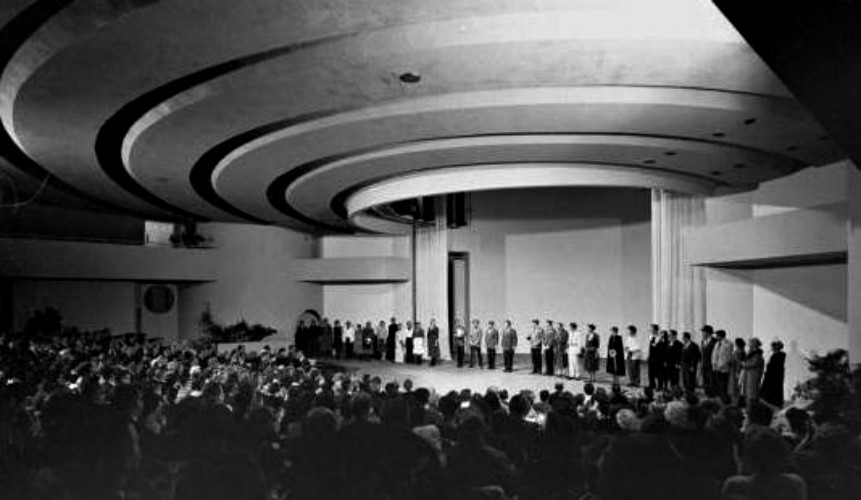 So how does a theater win the regional award?

JWOf course! Actually, members of the American Theatre Critics Association do vote for the regional Tony winner. Typically, local critics nominate a worthy theater in their own area. Back in the ‘90s, as a member of the Critics Association, I nominated the Theater Center regularly.

Then I became a book critic and no one picked up the baton until Mark Lowry did five years ago. He’s a founder and the editor-in-chief of the website, TheaterJones, and all credit to his persistence. Each year, Mark passed around his nominating pitch to the rest of the area critics so we could edit it. Naturally – ahem – I think I improved it. And then Mark submitted it and we voted for it, year after year.

So why did the Theater Center win now?

JWPersistence – as I just pointed out — plus pedigree. Frankly, most of the Critics Association has never seen the Theater Center. The last time a large number of them were here was in 1995 when the national convention came to Dallas-Fort Worth. But they do pick up on a reputation. They’re not completely isolated. They do know a serious theater history when they see one, a good pedigree, as it were.

The DTC was founded by visionary artist-educator Paul Baker, and it stretches back to the early days of the resident theater movement. In the ‘80s, Adrian Hall kicked it up several notches with a professional acting company that was continued by the late Ken Bryant. Then Dallas built a radical theater, a theater like no other with the Wyly, but a theater in keeping with its first, the Kalita Humphreys, designed by Frank Lloyd Wright but influenced by Baker’s theories on theater. At the time when it premiered in 1959, it was considered almost as radical as the Wyly. So there’s a long tradition of big, bold artistic choices. And recently, artistic director Kevin Moriarty has collaborated with other companies, like the Public Theater in New York, he’s developed and presented world premieres like ‘Stagger Lee’ and he’s brought in Broadway tryout after Broadway tryout. Some — ‘Moonshine: The ‘Hee-Haw Musical’ anyone? – I wish he hadn’t.

But all that premiering and networking gets attention around the country and in New York.

So I’m saying, it took decades of effort from hundreds of actors and artists (and, ahem, critics) – and the pieces finally fell into place this year. It’s what Moriarty himself has said. It’s not his Tony. It’s a collective award.

“This award recognizes a body of work,” he told Krys Boyd. “It recognizes every carpenter, every marketer, every fundraiser, every board member. It recognizes the folks who have passed away after spending a lifetime believing in the power of art and the youngest folks who are participating in our education programs. It represents the city of Dallas.”. 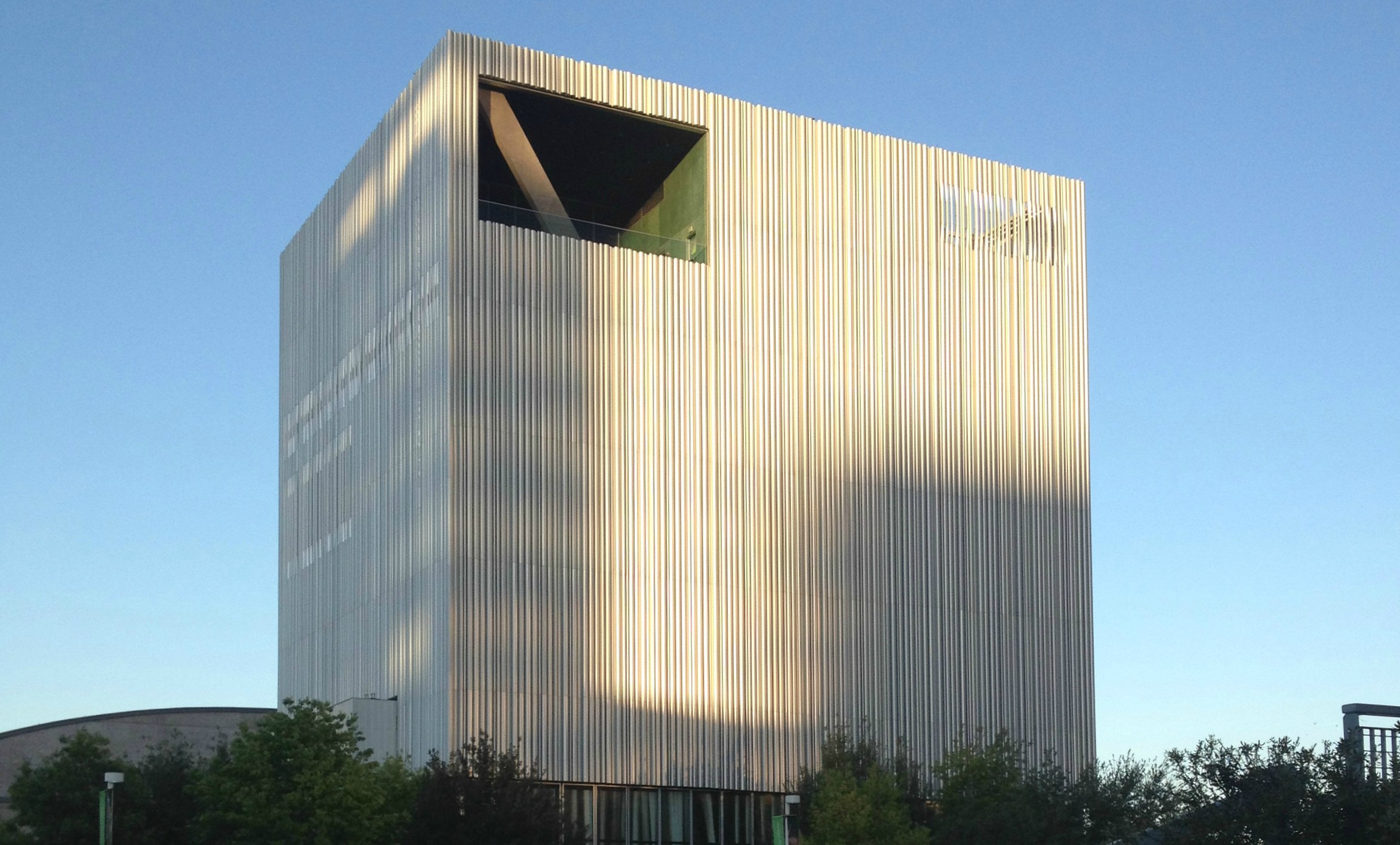 Sunset at the Wyly Theatre, which was designed by Rem Koolhaas and Joshua Prince-Ramos. Photo: Jerome Weeks

In other words, it’s a real honor.

So let’s celebrate now. But after the congratulations are done, the important question is what’s next? Winning the regional Tony Award has been a priority for the DTC since they hired Adrian Hall in 1984 — and winning it has been perhaps the top priority since 1996 when Houston’s Alley Theatre won it. There was a degree of rivalry there.

But now that the Theater Center has won it, the question is: What’s the next big target, the next long-term ambition for our largest, oldest, richest company?