Visitors at the new Dallas West End Square park are taking turns experiencing its inaugural art installation. And if this installation feels all too familiar, that’s because it reflects Zoom meetings.

Two large LED walls sit in the park’s innovative arcade section. As people step in the digital sculptures it captures their faces overlaid with geometric patterns to elicit different expressions. One’s face is then joined with others on a black and white grid gallery with fellow unknown, bodiless park goers.

This is Antibodies,  developed by Montreal-based artist Daniel Iregui and presented by Dallas-based arts organization Aurora. The installation was created during the lockdown and was inspired by our sudden transfer from physical to virtual spaces.

“We’re sort of now used to it, but at the beginning of the lockdown it was so awkward, so weird, so unnatural,” Iregui said.

That unnatural feeling speaks to the core of Antibodies. It’s supposed to visit the feeling of being on a call with multiple people, looking at their faces, unsure if they’re paying attention to you, the monotony and all the strange dynamics that come with it.

“Another thing that is very interesting is now Zoom meetings have this idea of when I’m there I see the image of me — this third-person point of view of myself, which is very strange,” Iregui said. “Before you would see yourself in pictures and videos but now it’s just seeing yourself everyday…I feel that a lot of people end up looking at themselves more than the other people that they are meeting with.” 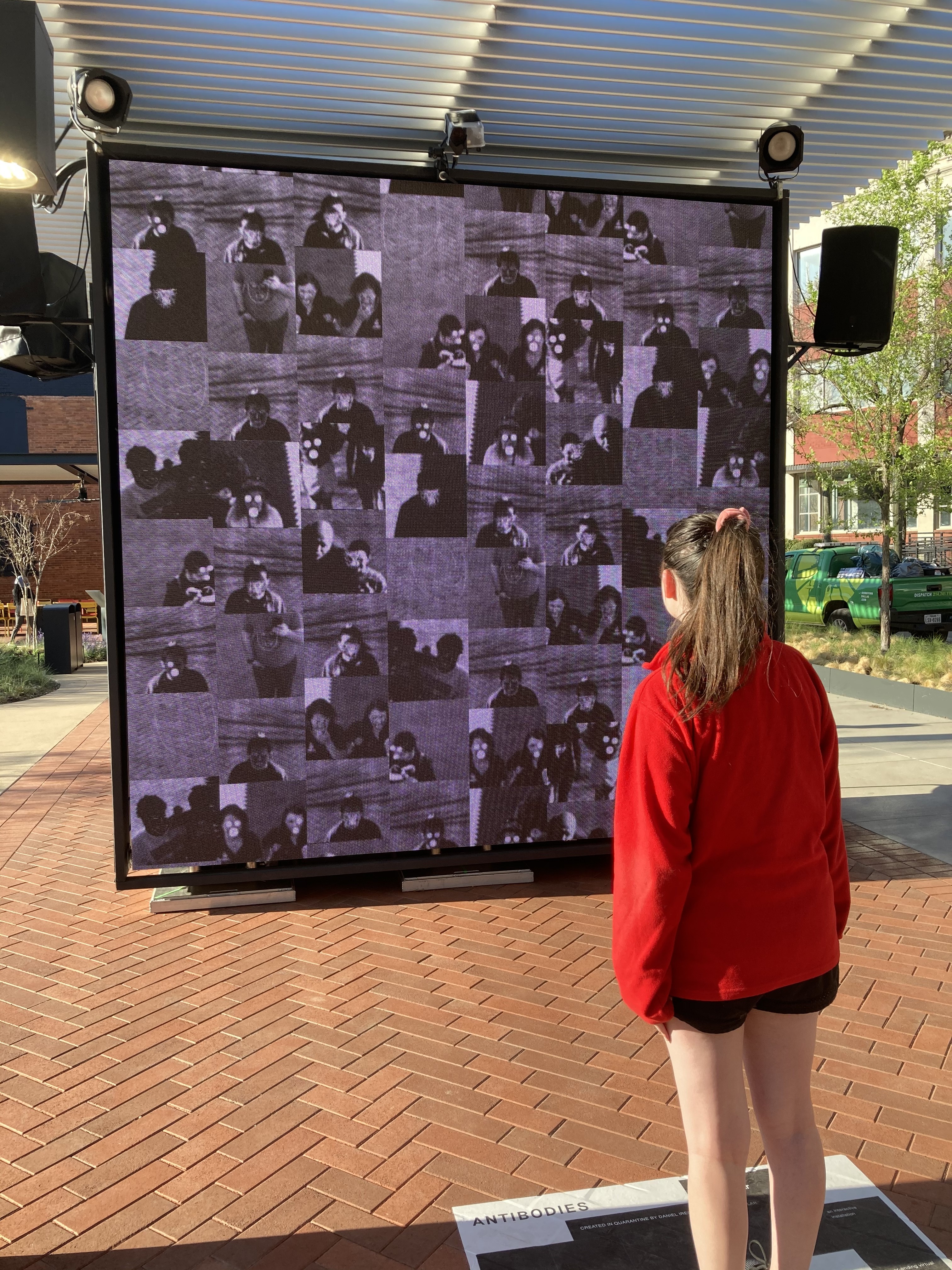 The idea for the work came at the beginning of the pandemic. Iregui was commissioned to create the installation in Montreal. It was cancelled, though Ireagui and his studio, Studio Irregular, created an interactive web-based experience for Antibodies. He calls it “a never-ending video call.” People show up without saying anything, knowing nothing about each other. (The Dallas installation has its own web-based URL.)

Iregui creates interactive sculptures and immersive spaces using technology as both a tool and aesthetic. In this case, Antibodies reacts to the motion of visitors, while using face tracking to capture them.

“It will hopefully trigger those memories of what it felt when we were in lockdown,” Iregui said.

Antibodies itself references the virus but it’s also related to the gallery of disengaged humans, said Ireagui. There’s nobody, no soul, just faces of people on a screen.

“You get to share this space with people that were there before but you don’t know where they are,” Iregui said.

Even though still in a pandemic, Antibodies magnifies what we’ve lost and what we’ve given away without asking — connection in physical space.

Antibodies is on view from March 26–April 4 and is located at the east side of the park.