Dallas has its first look at the future Southern Gateway Park, the bridge park that will stretch over a portion of Interstate 35E in Oak Cliff.

The Southern Gateway Public Green Foundation today unveiled the master plan for the 5-acre park, which will span the highway between Ewing and Marsalis Avenues, across from the Dallas Zoo. 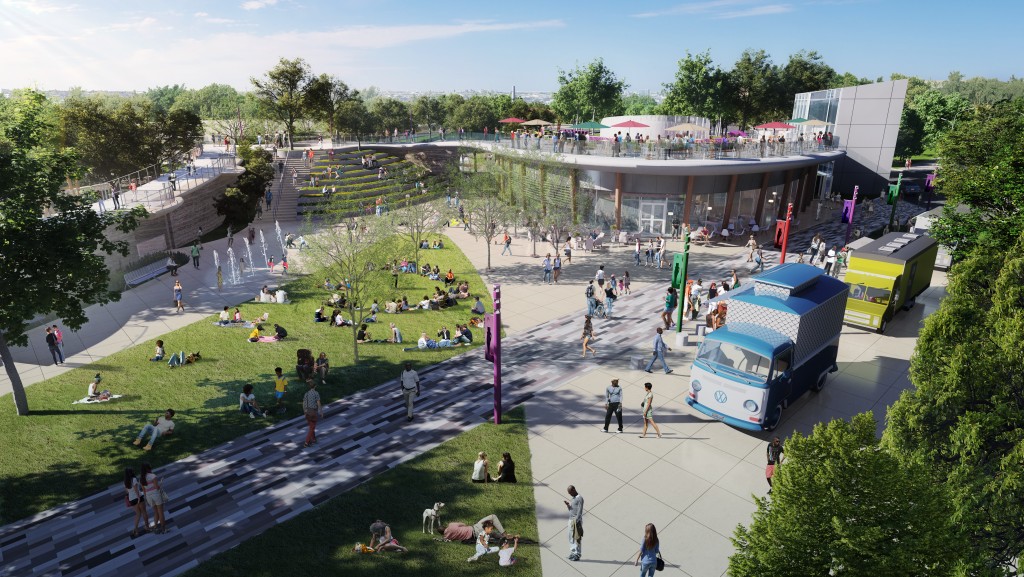 The Southern Gateway Park will stretch over Interstate 35E in Oak Cliff, near the Dallas Zoo. Rendering courtesy of HKS/SWA Group.

In a statement, foundation president April Allen called the project a “park with a purpose.”

“It will be a welcoming space for people to connect, communicate and learn – not only about our history but about one another,” she said. “From design to programming to strategic partnerships, every aspect of the park is about creating a more equitable and inclusive community.”

Designed in partnership with HKS and SWA, the bridge park will include a stage and pavilion for live events, a children’s playground, outdoor classroom spaces, history exhibits, a food truck area, and interactive water features. The park will also tie into complete streets and pedestrian boulevards in the surrounding neighborhood.

The construction of I-35E in the 1950s split apart the Oak Cliff community. Allen said the bridge park will serve as a way to close the opportunity gap left by the highway.

“The subsequent lack of capital investment in the south, combined with the absence of adequate city services, has contributed to generational poverty, social isolation, environmental injustice and economic despair for much of the area,” Allen said. “The park will knit historic Oak Cliff back together and accelerate economic and environmental revitalization.” 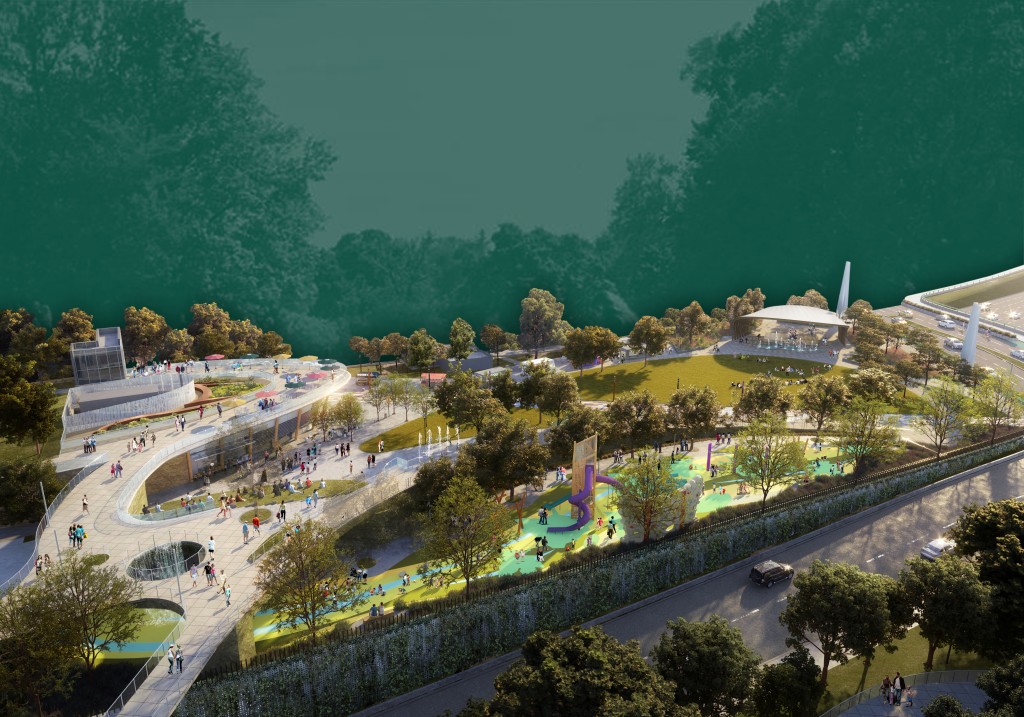 The first phase of the Southern Gateway Park is slated to open to the public in 2023. Rendering courtesy of HKS/SWA Group.

The project is a public/private partnership between the City of Dallas, the North Central Texas Council of Governments, the Texas Department of Transportation, and the Southern Gateway Public Green Foundation.

“Our city’s parks bring people together, serving as places for exercise, for gathering and for respite,” said Dallas Mayor Eric Johnson, in a statement. “Southern Gateway Park, which literally bridges a longstanding divide created by a freeway, will make an excellent addition to our city and our top-notch parks system. The plans for this park exude vibrancy and inclusivity and represent a significant and much-needed infrastructure investment in a historically underserved area of southern Dallas.”

The collective capital investment for the park, along with the Dallas Zoo’s Master Plan, exceeds $250 million, making it the largest investment in Southern Dallas’ history.

Construction is already underway. The first phase of the park is slated to open to the public in 2023.