Annette Lawrence keeps time – but not like anyone else. You can find the Denton visual artist’s work at New York’s Whitney Museum and inside the Dallas Cowboys’ stadium. Those pieces mark time in Lawrence’s own inventive ways. In the Art&Seek Spotlight, KERA’s Anne Bothwell talks with Jerome Weeks, who’ll interview Lawrence next week at Art&Seek’s State of the Arts event in Denton.

Anne Bothwell: Jerome, the issue of time is a real central theme in Annette Lawrence’s work. Why is that?

That concern with time goes all the way back to her grad school years in Maryland. She told me that at that time, as an African American woman, she wasn’t seeing much reflection of her own life in the visual arts. She was finding it in books:

“It all started with using text as image in graduate school mainly because I was reading representations that were more true to me than what I was seeing in visual culture. I decided to use text as image, and by way of doing that, I got interested in just information as the material I would work with.”

What does she mean by “using text as image”?

Her print or her drawing would just be a quoted passage. But because it was a text, that meant you had to spend time reading it. So time was built in. But at the same time, the text itself was abstraction. It’s just made out of dots and dashes and circles. All of language is like that. And she started thinking about grids, that led her to think about calendars. We constantly use the visual arts to break down time. Into units. Into measurements. To fix it. 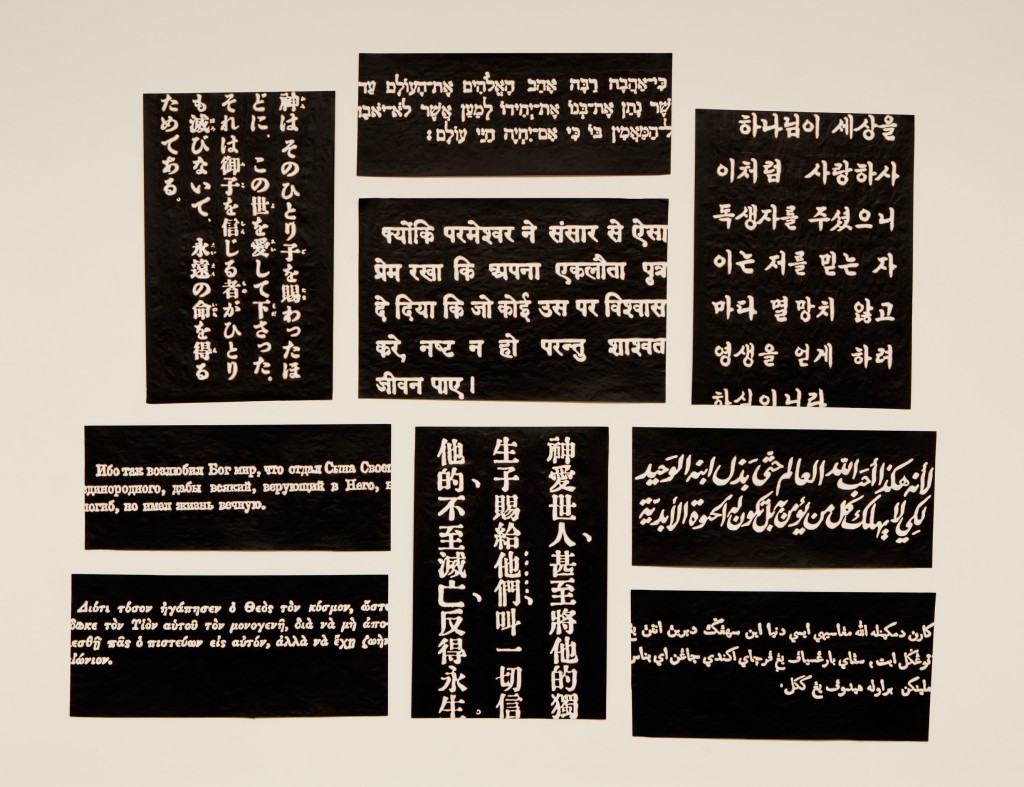 Yes, but she’s not using the same kind of conventional units, minutes, days weeks. Another thing she started doing in grad school that’s relevant here, she started keeping a journal. She wanted a record of her practice. Well, that journal became a measurement of time. And it became the data for her artworks. Only instead of using minutes or weeks, she would use how long she spent on the phone. Or she would use her own body cycles. This was the kind of personal data that she could mine every day

And then turn it into an abstract graph or chart.

Right. And it’s not just her journals that she’s using. She used the junk mail that comes every day. She stacked it up. It’s interesting way of seeing your week, in terms of the junk mail you get every day. It’s also, if you think of it in environmental terms, it’s a way of measuring running out of time, running out of a resource. 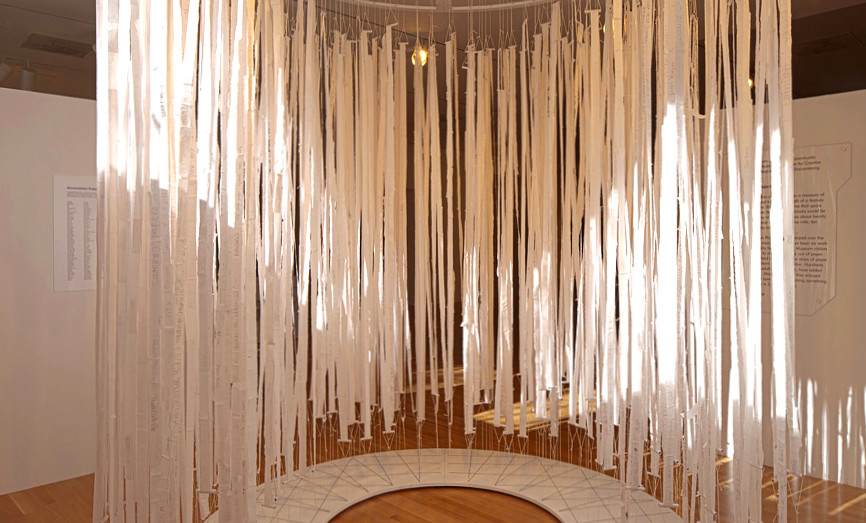 Lawrence is using information from her personal life. But all this talk about time, it sounds really theoretical. And kind of impersonal.

I posed the exact same question and this what she said:

“I was asked that question a lot as an undergrad. And the original work that I did that was based on time was dealing with the cycles of my body. You know, I actually used my blood in that work. I figured that – well, I don’t know much more present I could be.”

That’s one way to make it personal.

Right. But in talking with Lawrence, I was constantly aware of how personal and impersonal time is simultaneously. We all measure time by the events in our lives, much like Lawrence is doing. But it goes on relentlessly, without us. But all these wedding photos, baby pictures, pictures of our dinner last night, on Facebook, Instagram, they’re all doing what  Lawrence is doing in a way. They are trying to create this chronicle. All across the internet, we’re measuring time, the times of our lives. [/interview_answer]

This is going to be our first State of the Arts discussion where we just feature one person instead of a panel of people. Why pick Annette Lawrence?

Because her work has been so distinctive. She currently has two shows going on in North Texas [More Time By Annette Lawrence at Patterson-Appleton Arts Center in Denton. And Exception: Works on Linen and Paper at Conduit Gallery in Dallas.]  She’s been recognized nationally with fellowships and awards.

Yet you can also see her work at the DART station in Denton. 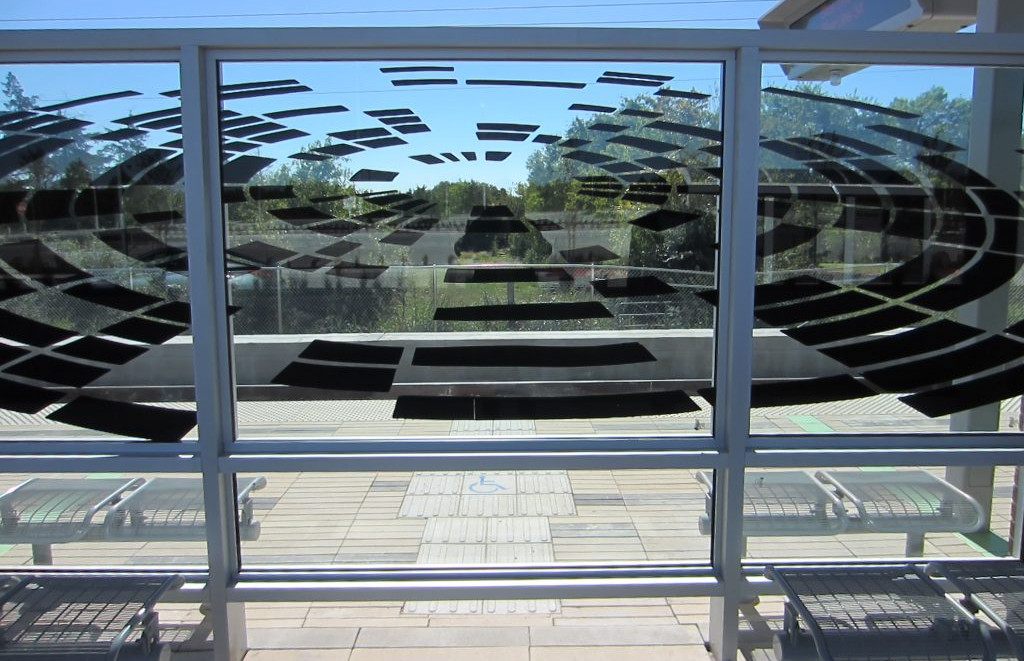