Skip Navigation
Home > ArtandSeek.net > Thank You To Our Spotlight Artists

Every Thursday since 2016, Art&Seek has explored the personal journey of a unique North Texas creative, and an amazing archive of our local artistic community has formed since then. In the first Spotlight, architect Clare Floyd DeVries explained how she joined the backstage circus of theater carpenters and tech directors. From there, we’ve heard from artists in an array of media.

The Art&Seek team wants to give a big thanks to all of the artists who have participated and let us into their studios, performance spaces, homes, and given our listeners a peek into their creative world.

Below is just a small sampling of the artists in the Spotlight archive we’ve profiled this year. While you’re cooking today (or passed out on the couch from a food coma), explore the audio stories, videos, and extended interviews that accompany each profile. You’re bound to discover something new about the North Texas art scene.

And Happy Thanksgiving from Art&Seek!

This Dallas producer has performed with rap superstar Lil Wayne, produced viral beats for hip-hop magazine XXL and his music was featured on the Showtime series “Power.” He’s also earning recognition locally – for his documentary “Sound Collectiv #DallasUp” and for winning the Dallas Observer’s award for “Best Producer.”

Schultes was only a college sophomore when she got her first professional acting job at Stage West in Fort Worth in 1997. Then, she became the chief fundraiser, soup cook and leading lady. Now, she runs the joint – while still acting, directing, sound-designing and overseeing a new, half-million dollar renovation that’ll create two performance spaces. Stage West will be like no other theater in Fort. 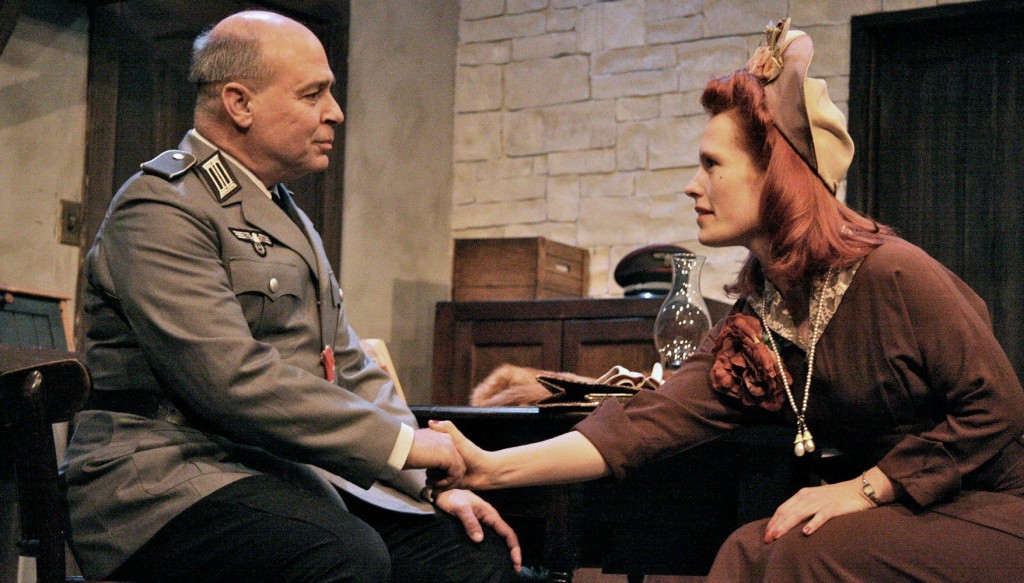 Most people became aware of Dustin Blocker when he was the frontman for local act Exit 380. But after years on the road, Blocker decided it was time to pursue a new path and, with the help of friends, he founded Hand Drawn Records. Now he ventures on a new path as a manufacturer of vinyl records with state-of-the-art record presses that work at nearly three times the industry standard.

Ivan Jasso was born and raised in Dallas. He attended school at KD Studio Actor’s Conservatory. Since graduating, the actor has done TV commercials, voice-overs, TV shows and he’s showcased his talents with local theater companies like Cara Mía Theater, Dallas Theater Center, Undermain Theatre and Amphibian Stage Productions. But lately, he’s played a different but important role: teaching the ordinary folks from his old neighborhood what it means to communicate on stage. 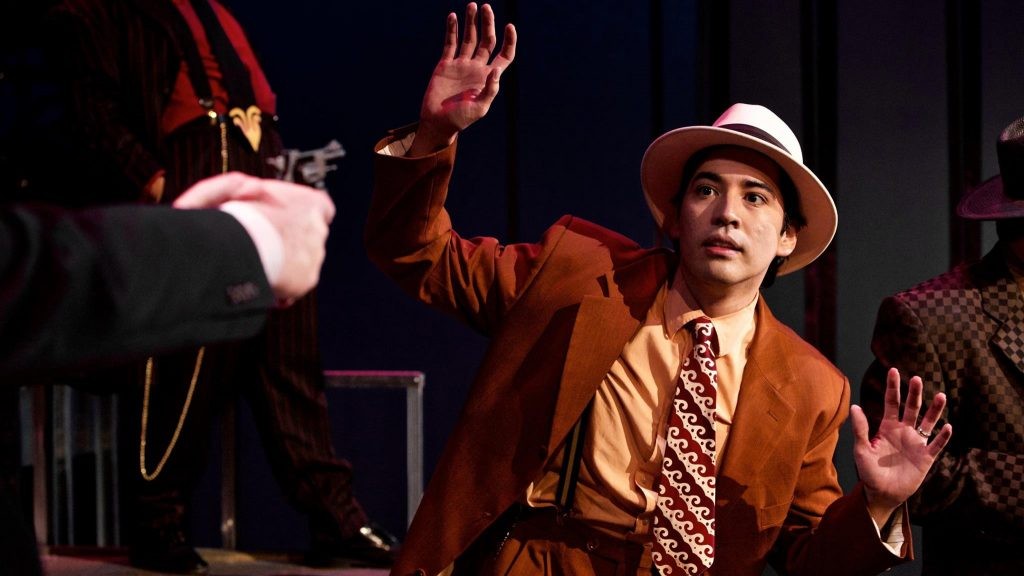 Fort Worth film producer Red Sanders started his career as a wedding deejay and videographer at age 14. Since then, he’s graduated from  Texas Christian University where he majored in Radio, Television and Film, and studied in the Neeley Entrepreneurship Program. He’s also been instrumental in the ever evolving film industry sprouting in Fort Worth. Sanders is the founder and president of Red Productions, one of the premier media companies in DFW. 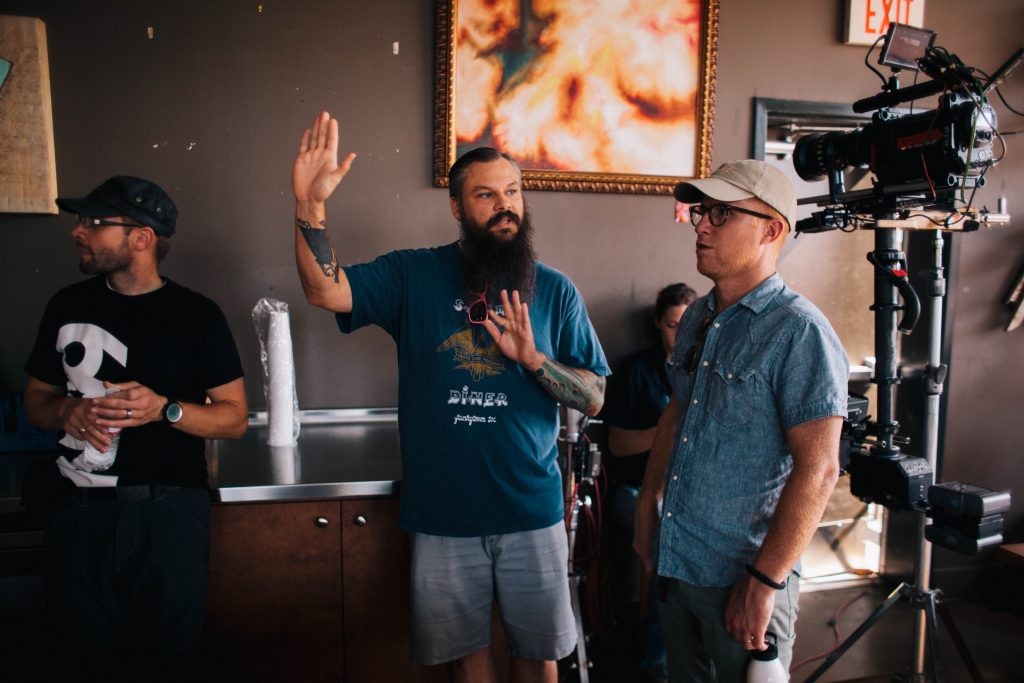 Alicia Eggert is an interdisciplinary artist whose work focuses on the relationship between language, image and time. Her work has been exhibited both nationally and internationally. It has been highlighted by The Washington Post and The Huffington Post and has garnered many awards including  a TED Fellowship and a Artist Microgrant from the Nasher Sculpture Center. She is currently an Assistant Professor of Studio Art and the Sculpture Area Coordinator at UNT.

Playing cello from the time she was in Greiner Middle School in Dallas, Brianne Sargent followed classical music through the DSO’s Young Strings program all the way to the acclaimed Interlochen Arts Academy in Michigan. But at Baldwin Wallace University in Ohio, she got hit with jazz in a big way. Picked up the electric bass, learned to improvise. And now she’s co-written some 120 songs for Skinny Cooks, the jazz-funk fusion band she co-founded with band-mate / writing partner Nigel Newton. Set your ears on ‘simmer’ and take a listen.

Slashing, punching, kicking – with shocking realism but with no bloodshed. Stage combat is one of the oldest theatrical illusions. But directors keep looking for something new. Which is one reason Jeff Colangelo is in-demand as a fight director (Dallas Theater Center, Second Thought, Undermain, Trinity Shakespeare Festival). A fight breaks out on stage, it’s often Jeff’s fault. He’s an expert with weaponry, combat, juggling, clowning, stilt-walking. But these are also the physical skills he puts to use with PrismCo, the lyrical, wordless, movement theater company he co-founded with Katy Tye.

Justin Terveen’s shots of the Dallas skyline often go viral. Tips of downtown skyscrapers poking through a thick fog, or multiple lightning bolts flashing across a panorama of the city. Lately, he’s moved beyond the metroplex to capture turbulent skies, and stunning natural landscapes. His work is featured in the book, “Dallas: Urban Fabric.”

Ambreen Butt was born in Lahore, Pakistan. She studied traditional Indian and Persian miniature painting from the National College of Arts in Lahore. In 1993, she moved to Boston to work, live and study at the Massachusetts College of Art and Design. Since then, her work has been featured in solo and group exhibitions, both nationally and internationally. She moved to North Texas this year with her husband and two children. 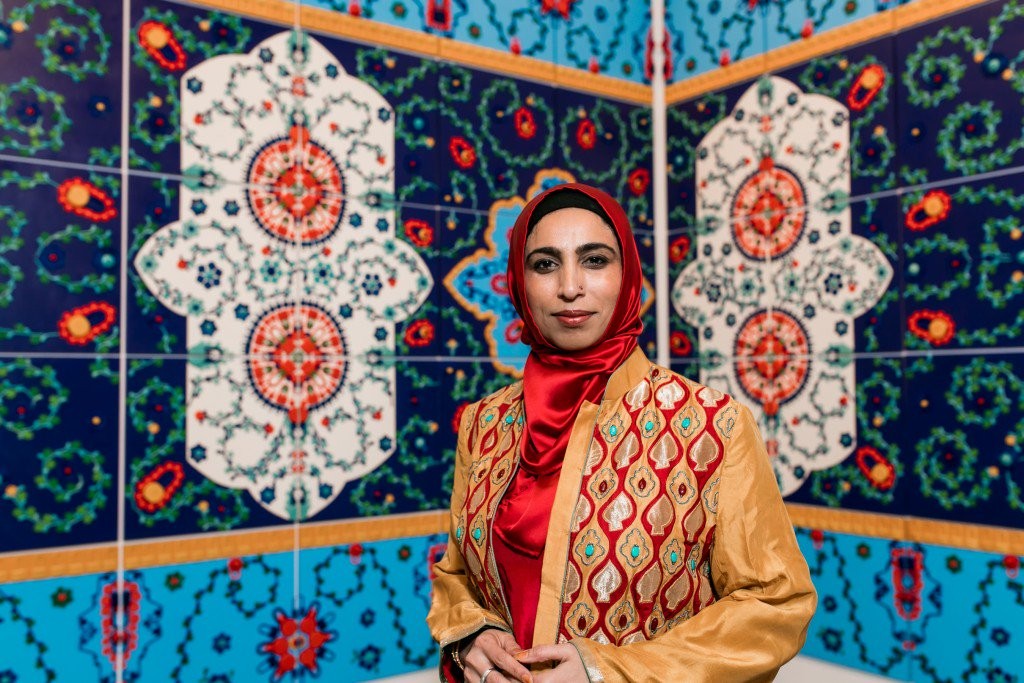 Ambreen Butt in her exhibition, “I Am All What Is Left Of Me” at Dallas Contemporary. Photo: Yesi Fortuna.

“Drips,” “Blobs,” and “Squishes.” Those are the names of the brightly colored sculptures that have propelled Dallas artist Dan Lam into internet stardom. But before she was a viral art star, Lam was born in Manila to a Vietnamese parents. Her family relocated to Texas when she was a kid. She grew up in North Dallas (Plano). Lam received her B.A. from the University of North Texas in 2010. Later, she graduated from  Arizona State University with a masters degree in drawing and painting. 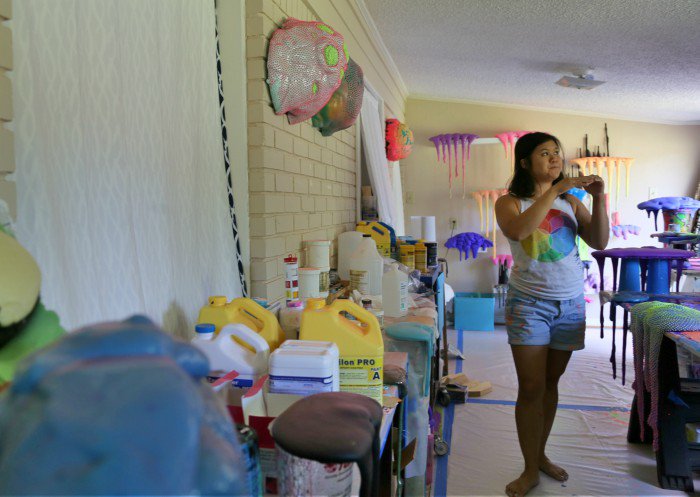 Lam insider her home studio with materials and equipment taking up one side of the room and art taking up the rest of the space. Photo: Hady Mawajdeh

Sax player Brad Leali grew up in a house filled with music. His mother sang in the choir, but it was his father’s past as a musician that led him down a path that would take him around the world. Now, the 52 year-old musician performs regularly with music icons like Lyle Lovett and teaches at the renowned UNT Jazz program. When he’s not shaping minds, he’s releasing solo records.