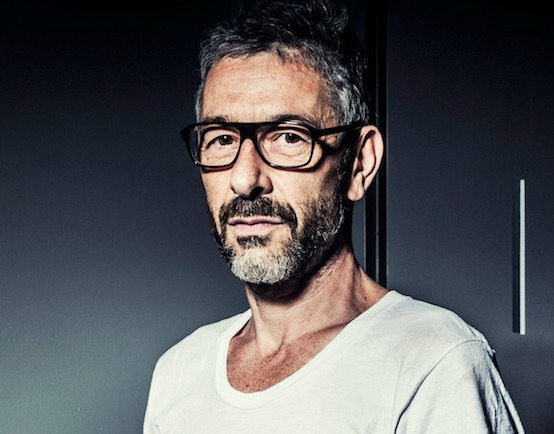 Pierre Huyghe is a Paris-born artist known for his ambitious, elaborate and unconventional works that can include live events, fog, plants, aquariums, film, electronic technology and entire, small-scale ecosystems. The Nasher has previously exhibited one of his aquariums — such as ‘Zoodram’ (above), which has a crab living inside a hollow copy of Constantin Brancusi’s famous sculpture, ‘Sleeping Muse.’

Following the Nasher’s choice last year of Colombian artist Doris Salcedo, whose works have included clothing, rose petals, candles and furniture with grass growing up through the pieces, it’s clear the international jury of nine members has continued to aim the Nasher Prize at the far boundaries of sculpture: interdisciplinary, biological, multi-media and computer-based.

Among other awards, Huyghe won the Hugo Boss Prize from the Guggenheim Museum in 2002 and has exhibited works there as well as in the Venice Biennale, the Museum of Modern Art in New York, the Tate, London, and the Whitney Biennial. Huyghe will accept the $100,000 Nasher Prize in a ceremony in Dallas on April 1, 2017.

Dallas, TX (September 26, 2016) – The Nasher Sculpture Center announces French artist Pierre Huyghe as the recipient of the 2017 Nasher Prize. In its second year, the Nasher Prize is the most ambitious international award in sculpture, established to honor a living artist who elevates the understanding of sculpture and its possibilities. Pierre Huyghe has profoundly expanded the parameters of sculpture through artworks encompassing a variety of materials and disciplines,
bringing music, cinema, dance, and theater into contact with biology and philosophy,incorporating time based elements that vary in intensity, as diverse as fog, ice, parades, rituals, automata, computer programs, video games, dogs, bees, and microorganisms. Huyghe has consistently sought new ways to bring together unconventional and heterogeneous materials into a practice exceeding the sum of its multifarious parts.

Pierre Huyghe was selected for his extraordinary work by an international jury of museum directors, curators, artists, and art historians who demonstrate an unparalleled expertise in the field of sculpture. Huyghe will be presented with an award designed by Renzo Piano, architect of the Nasher Sculpture Center, at a ceremony in Dallas on April 1, 2017.

“I’m looking at the co-evolution of interdependent agents, biotic and abiotic, real or symbolic—different states of living, self-organizing in a dynamic and unstable situation: mesh, porous,contingent. It could be immaterial things such as time, light, temperature, air, scents, but interconnected within a network of material systems in order to generate a particular and sensible experience,” says Pierre Huyghe. “This individual and inter-subjective experience within an
environment is important in what I do. It speaks to the history of the things perceived as a link to a context and a time—to objects as transitory, as sentient, but also to considering objects as ecosystems—actual, virtual, indifferent—that you navigate and influence, as in a garden for example.”

The exhibitions or works Huyghe creates act as uncompleted, evolving worlds that people wander through, encountering living entities and environments that can range from intellectually provocative to hauntingly beautiful. As such, Huyghe’s achievements have deeply affected our understanding of sculpture’s possibilities, delving into urgent issues raised by technology and media—identity, community, ecology, knowledge—as well as enduring questions regarding time, the exhibition ritual, the role of the artist and the connections to each other.

“We are so delighted by the choice of Pierre Huyghe as our 2017 Nasher Prize laureate,” says Director Jeremy Strick. “His expansive view of sculpture so wonderfully embodies the goal of the Nasher Prize, which it to champion the greatest artistic minds of our time. His incorporation of living systems, films, situations, and objects into his sculpture highlight the complexities between art and life and challenge the very limits of art-making. And at this moment, when the environment and culture are so under threat, Huyghe’s imaginative, uncanny approach to the serious ecological and social issues facing our planet tie his oeuvre to the ancient purposes of sculpture: they possess a shamanistic quality which tips the mimetic into life.”

“It was very important for those of us on the jury to continue to expand the purview of the Nasher Prize in its second year with the choice of an artist whose practice is dynamic, challenging, edifying, and in the case of Pierre Huyghe, very enigmatic,” says juror Okwui Enwezor. “Huyghe’s work extends far beyond any tidy definition of sculpture in ways that continue to grow and develop well into his career, allowing for ever-new discoveries and artistic possibilities. In
that, we found him exceedingly deserving of this significant award.”

The Nasher Prize is generously co-chaired by Deedie Rose and Sharon Young. They have helped garner support for the prize and its attendant programs, including the Nasher Prize Dialogues. The first dialogue, a panel discussion called The Work of Sculpture in the Age of Digital Production, took place in Berlin on September 14, 2016 at the Akademie der Künste. Thesecond Nasher Prize Dialogues program will take in Mexico City on March 18, 2017 at Museo Jumex and will be moderated by Nasher Prize Juror, Pablo Leon de la Barra.

The Nasher Prize presenting sponsor is JPMorgan Chase & Co. Founding Partners of the Nasher Prize are The Eugene McDermott Foundation and Nancy A. Nasher and David J.Haemisegger.