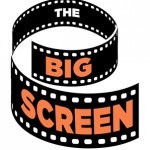 Each week in the run-up to the Academy Awards, we’ll talk about one of the nominated films with a local expert on the movie’s subject matter. This week’s film is the Holocaust drama “Son of Saul,” a Hungarian film that’s the favorite to take home the best foreign-language film Oscar. It’s a film that our expert, Sara Abosch Jacobson of the Dallas Holocaust Museum, says isn’t without its flaws – but is still worth seeing.

Be sure to subscribe to The Big Screen on iTunes. Stream this week’s episode or download it.