Skip Navigation
Home > ArtandSeek.net > The Big Screen: ‘The Old Man And The Gun’ 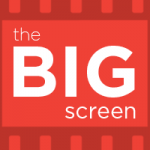 Robert Redford has said that his new movie, “The Old Man and the Gun,” will be his last. And if that’s true, it means a Dallas director will guide his final performance (which is getting great reviews, BTW). This week, we talk about the experience with the film’s director, David Lowery.

“I don’t think he’s doing it for the money at all. The real Forrest Tucker wanted to go down in history as a classic, legendary outlaw. That’s who he wanted to be – he wanted to be the movie version of a bank robber, rather than an actual bank robber.”

“He took direction really well. Although, sometimes I would ask him to do something. And he would say, ‘I’ll do it again, but I was doing it on the first take and you just weren’t paying attention.’ And he was always right “

“I really wanted them to feel like to 16-year-olds flirting and falling in love in the way you might in high school.”