The grant was offered to the city to help eliminate a portion of the $27 million in debt owed to banks for the construction costs associated with building the AT&T Performing Arts Center.

You may remember that the city voted last fall to pay $1.5 million a year for the next ten years to help the AT&T Performing Arts Center pay down its debt. This grant will help to slice that total sum. But not all of the $22 million will go directly toward paying off the debt. Only $12 million will be spend on debt relief. The remaining $10 million was gifted by the Moody Foundation to establish a grant program for small and emerging arts groups in the city.

Jennnifer Scripps, the director of the Office of Cultural Affairs, outlined the proposal to a dozen of the city’s cultural commissioners at the Latino Cultural Center in mid-April and it was voted upon unanimously. The proposal was also voted upon by the city’s Arts, Culture & Libraries Committee of the City Council and also received unanimous approval. 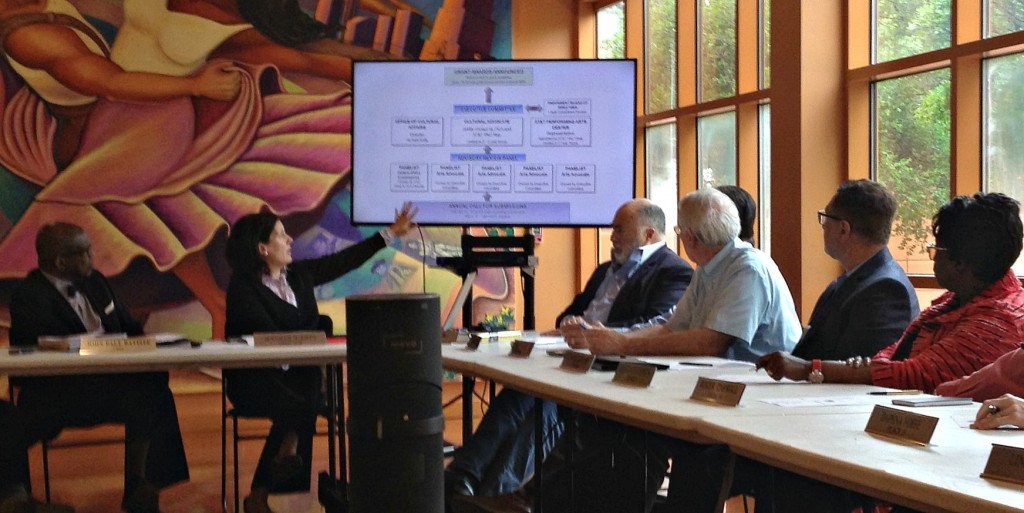 “We are honored to have the Moody name associated with such a wonderful venue and to support this diverse and dynamic cultural community,” says Frances Moody-Dahlberg, chairman and executive director of The Moody Foundation.

The $10 million endowment isn’t a free-for-all though. A separate, non-profit fund will be set up to receive $1 million annually for a decade. The fund would use that money for grants to the city’s smaller and emerging arts groups — up to $25,000 per grant.

These grants can be used for: