A new theater company in Dallas hopes to stand out by performing plays from the past. The Classics Theatre Project makes its debut on Thursday, presenting Chekhov’s “The Cherry Orchard.” For our weekly State of the Arts conversation, I talked with the company’s artistic director, Joey Folsom,  about why classic plays still matter

North Texas has a lot of theater companies. What is going to be different about The Classics Theatre Project.

Well, last I heard, North Texas has over 200 registered theater-producing companies, and plenty that aren’t registered. I don’t know any that had decided to have a mission that’s dedicated to putting up these classical pieces.

I see a lot of theaters leaning toward the new. Shakespeare, there’s five companies offhand I know of, that are dedicated to Shakespeare. Plenty of other companies will add in a Shakespeare piece every other season, or every season.

But there’s just a whole lot of great theater that happened between Shakespeare and now. It’s great that we have the new work, the original work. But that’s not going to resound as much without the counter, the classical. These things feed each other. If one isn’t present, then the other lacks luster.

Is it possible it’s not being done because those classical plays aren’t going to attract an audience? 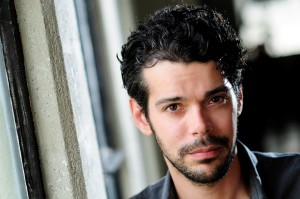 I don’t think so. What I’ve observed, is there’s a comfort to hearing Shakespeare, Chekhov, Ibsen. I’m familiar with these. Given the last couple years, and the trends in theater, there is an element of well, are they going to point at me and say I’m a monster,  if I go see this show? Because I’ve never heard of this playwright. I don’t know this title. I’m apprehensive. I don’t want to go in and be told that I’m a monster, told I’m wrong, that my views are bad.

It sounds like you’re saying the classics are less confrontational and open to interpretation than perhaps some of today’s modern theater.

Yes, absolutely, they’ve been around. And because there’s that familiarity, it makes them approachable.

You’re watching this scene from “The Cherry Orchard” but “The Cherry Orchard” can mean so many things. And it will, to so many people in the audience.  It’s going to mean one thing to this person and one thing to that person. But it’s not coming out and shaking a finger. Again, I appreciate that kind of theater I truly do. It needs to exist. But for all those people who are off-put by those things, they’ve gotta have a place to go. The classics allows that accessibility.

Are you updating or adapting the classics, or are you going to be more of a purist, traditionalist?

What is a traditionalist? What is a purist? I keep thinking about that. We don’t talk the way they do in England. And they don’t talk the way in England that they did when Shakespeare was written. These things are translated. There’s cultural references. I’m making them for an audience here. And now.

So, no, I’m not a purist. To me, someone who says, “Oh I’m a purist, I’m going to do it traditionally,” means they’re not taking any risks, they’re playing it safe, and they’re choosing to make dead theater.

Usually, a company announces a full season of productions it will do in the coming year. You’ve chosen not to do that. You’ve announced “The Cherry Orchard” and said you’ll do three plays this year. But you haven’t said what they are. Why take that approach?

There’s that, again, staying relevant factor. I could pick a show to do 18 months from now, but all kinds of things could happen in the world. This allows us to go, this is the perfect time to do this show.

If I’ve trapped myself where I’m locked into a season for next year, I can’t do that. And on top of that, people don’t buy season tickets anymore. I mean, who wants to plan their life that far in advance?

It’s an old model. I”m not going to try to make something that wasn’t working 30 years ago work now.

You’re a start-up theater company. I imagine you don’t have incredibly deep pockets. Are you paying your artists?

Yes we are. It’s very important to us.