The Dallas Contemporary will remain closed to the public for the rest of the year — but will boost its presence online. It becomes the first sizable Dallas arts organization to officially write off the next six months because of COVID-19. It’s possibly the first fine art museum in the country to announce such a plan.

The Dallas Contemporary thrives on staying current with new shows and unconventional projects. Its home is a rambling, converted warehouse in the Design District with giant galleries that challenge artists to dream big dreams. And with a full-time staff of only eight, the Contemporary doesn’t have a lot of overhead. All of this is both burden and advantage. It needs a steady supply of new artworks to fill those hangars, but it’s also nimble, it can change things up.

“It’s trying to keep that balance of making fast decisions and reacting quickly,” said Peter Doroshenko, the Contemporary’s executive director. “But also, sometimes our projects take two-three years to even figure out what can be done in our spaces. So we operate at different speeds, so to speak.”

Doroshenko said because of the pandemic, the museum temporarily closed in March with two new shows ready and waiting to happen — paintings by Yoshitomo Nara and Liu Xiaodong. Perhaps they’d simply hold off those two and re-schedule for September.

“But by the time June 1 rolled around,” he said, “we actually saw things getting worse. So we thought it’ll be impossible for us to open in a safe manner – especially since all the shows are basically new commissions for us. All the artists’ll be coming from different parts of the world, and we just decided it was too many spinning plates.”

So the Contemporary hit the re-set button. It now planned to open in January with the Nara and the Xiaodong plus two new shows.

When it comes to keeping people COVID-safe during cultural events, it has been the performing arts organizations — theaters and music groups — and not the art museums that have really struggled with reopening. Protecting performers and musicians and backstage crew and audience members from infection — it all gets complicated. Too many spinning plates.

The Dallas Theater Center, for example, hopes to reopen in November. But as far back as May, Kevin Moriarty, artistic director of the DTC, worried about the very real possibility that theaters would be forced to cancel their entire seasons.

“It could be the fall of 2021 before we see live performance return in any meaningful way,” Moriarty said. Only now has Equity, the actors’ union, permitted a contract for just a single theater to stage a live performance — in Massachusetts.

In contrast, some North Texas art museums have already reopened — notably, the three in Fort Worth: The Amon Carter, the Kimbell and the Modern. The wide galleries in a museum make social distancing more convenient than sitting in theater seats. And, of course, there’s no touching the artworks. Consequently, the public tends to feels safer returning to museums. 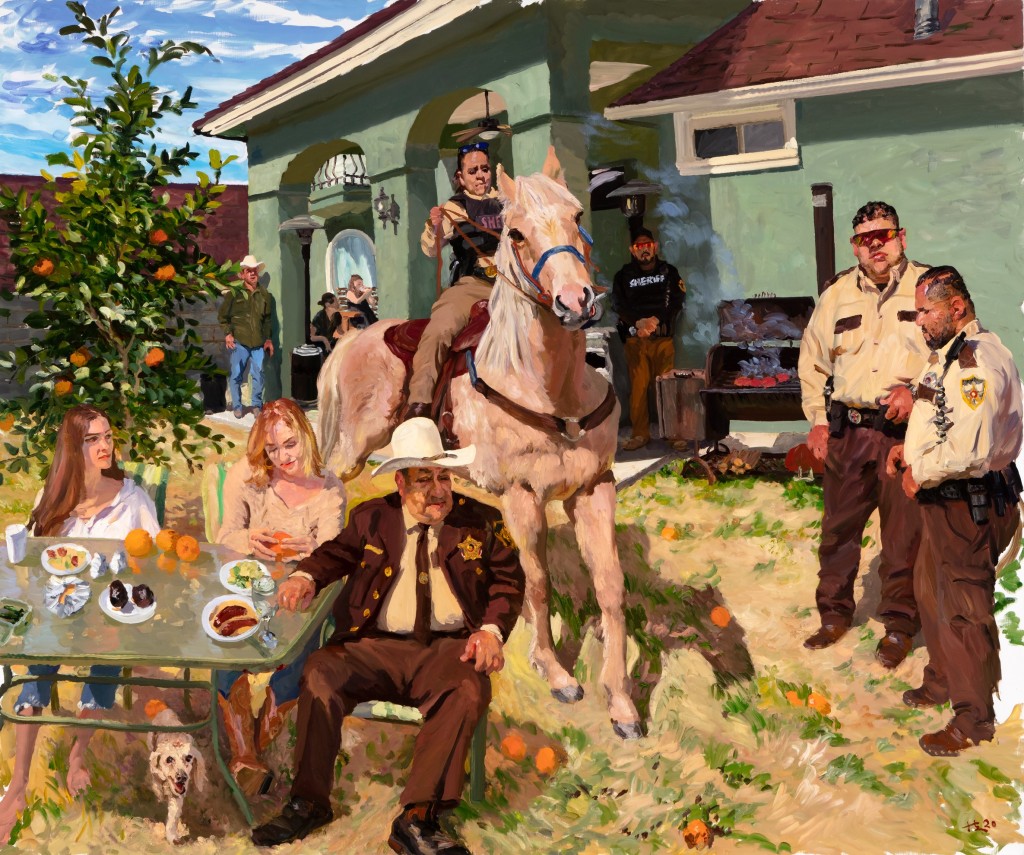 Exhibitions by Liu Xiaodong (above) and Yoshitomo Nara (below) were set to open at the Dallas Contemporary in March when COVID forced a shut-down. They’ve been re-scheduled for January.

Other than the Meadows Museum at SMU, the major Dallas art museums do remain closed: the Crow Collection, the Nasher Sculpture Center and the Dallas Museum of Art. But they are all considering a collective reopening — sometime.

So the Dallas Contemporary’s decision to shut its doors and go entirely online for six months is unusual among museums. But then, the Contemporary is unusual. For one thing, it has no permanent collection — meaning, it couldn’t cancel a new show and replace it by cracking out its store of master works.

For another thing, it has free admission. Carolina Alvarez-Mathies is the Contemporary’s deputy director.

“We have always been free and remain free,” she said. “So admissions – that’s not something that we needed necessarily to consider.”

Instead of relying on paid admissions, the Contemporary raises all the money for its nearly $2 million annual budget through grants, donations and sales. 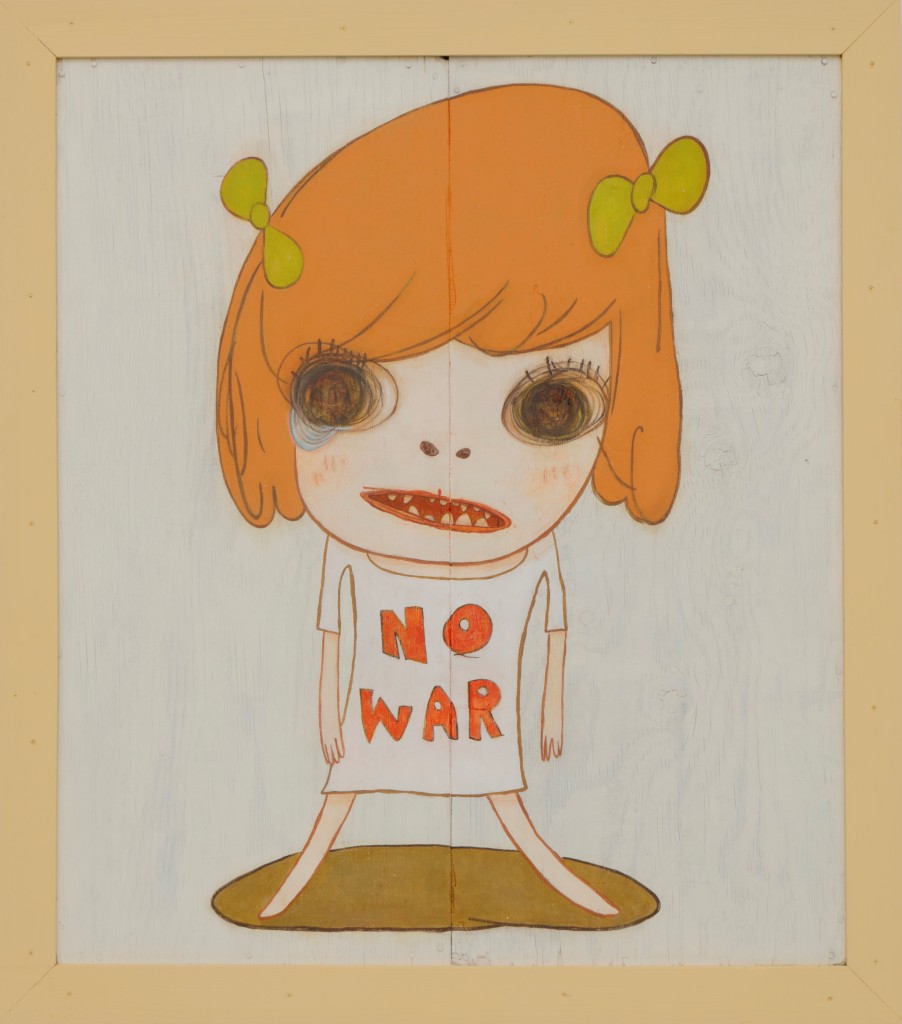 Fundraising for cultural organizations has become much harder lately – in the face of the pressures caused by COVID, the staggering economy and the ongoing social upheaval over racism and police violence. Even so, Doroshenko said, he doesn’t foresee laying off staff or cutting salaries.

“That’s not part of the plan. Believe it or not, we have been since the pandemic started, we’ve been very engaged in grant writing, and we’ve been extremely successful, Right now, we’re at 100%.”

Alvarez-Mathies said she sees the Contemporary’s six months of down time as a chance for the institution to become as innovative as some of the artists it shows.

The Contemporary was online before the pandemic hit. But since then, it’s put up interviews and exhibitions. It’s hosted virtual panels about how cultural organizations can help dismantle systemic racism. Now it’s planning to create what it calls “an expanded e-commerce platform” — that’s an online museum shop. It hopes to develop a mentorship program between visiting artists and locals — flying them back and forth.

And the ambitions don’t stop there.

“We’re going to be launching a journal called Art Digest,” Doroshenko said. “And it’ll be expanding on what we’re doing and doing it not with just artists but also writers, critics, playwrights — really kind of the gamut of what creative culture is all about.”

So the dreams are still big.

But the doors’ll be closed. For at least the next six months.