The Denton Black Film Festival will not be held at different sites throughout the city this year because of the pandemic. Instead, it will celebrate its seventh year entirely online — with over 100 hours of programming.

The festival, a five-day event, is known to honor Black cinema, music, spoken word, comedy and art. Each year it puts those stories on a bigger platform in North Texas. 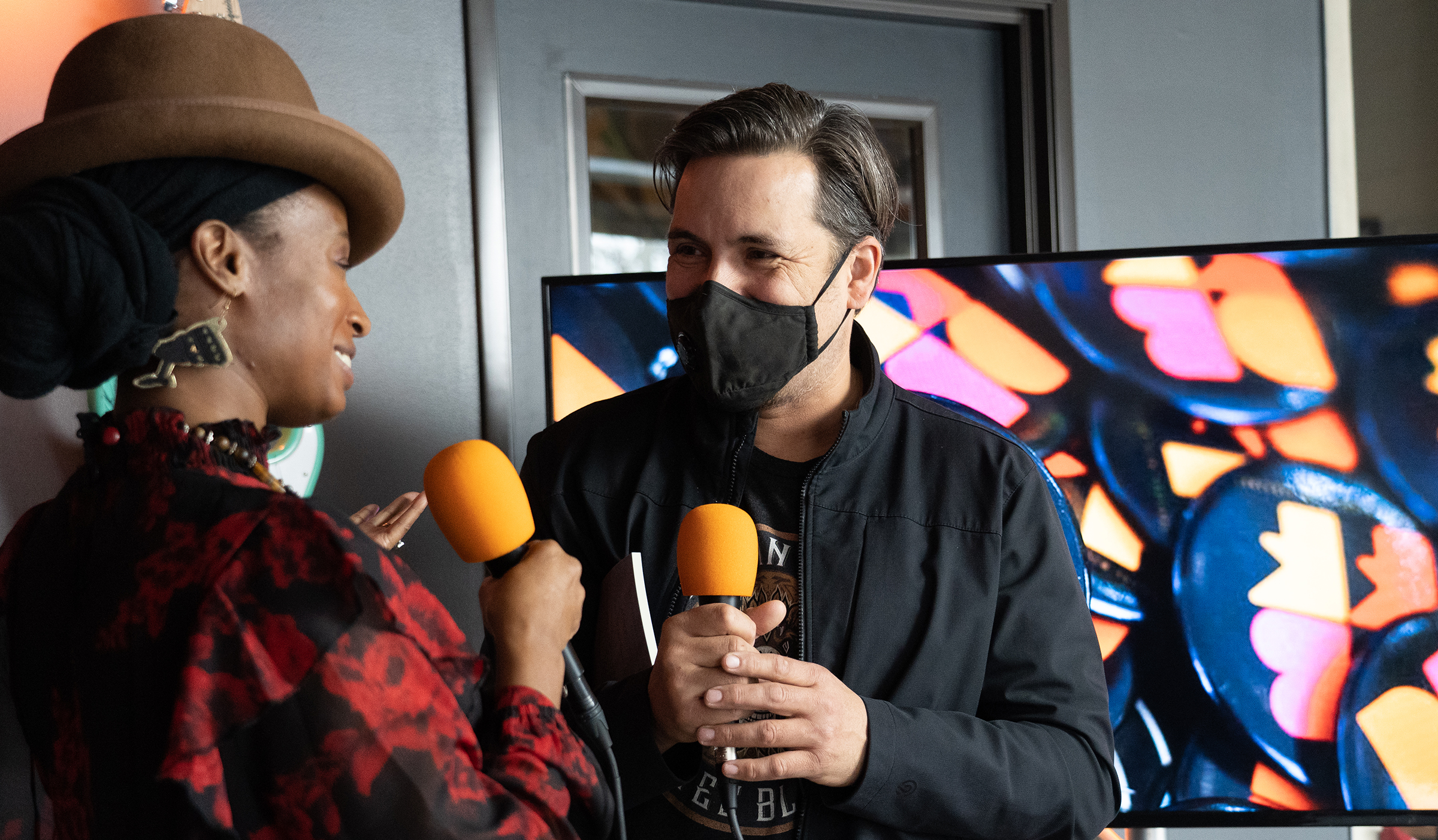 Alexis Bolden, communications director of DBFF, said the festival will follow the theme “We Tell Our Stories.”

“We always try to place the idea of Black storytelling on a platform or on a pedestal,” Bolden said. “We want to make sure we give these artists a space that they can share their stories without anyone trying to take away from it.”

To continue its motto — entertain, educate and inspire — the festival will offer 62 hours of film content and 36 hours of workshops, panels and talks. Fort Worth musician Tatiana “LadyMay” Mayfield will present an original concert that was filmed in downtown Denton.

Festival organizers are using innovative streaming technology, such as Remo, to bring the same engaging festival experience that consists of music, film and networking.

“This time we wanted to still bring the music aspect, but have that performance online and still feel immersed in it,” Bolden said. “Same thing with our filmmaker panels and discussions. We want to make sure that it was still available so you can still communicate with these filmmakers even though you’re not in the same room as them.”

Though the COVID-19 pandemic has thrown a curve-ball at festival organizers, this year DBFF received more film submissions than ever. From short films, features to narrative films and documentaries, the festival will explore themes about domestic violence, social justice, mental health, environmental activism, LGBTQ+ stories and more.

For the first time, DBFF will offer an original music video contest. Artists include Born Brown, I Don’t Know, Favour, PEAKING, REBEL, Satan’s Tears and Zeke Forever. The winner receives a $300 cash prize and a trophy. Another addition is Screendance, a category that includes 10 short cinematic films by performance artists.

The festival will also continue its art component and slam poetry. Ticket passes and packages range from $25-130. On Feb. 1, the last day of the festival, is Video-On-Demand Day. A day dedicated to binge-watching, for those who may have missed out on screenings while at workshops, panels, etc.

Check out the full lineup and schedule. Harry Eaddy, the festival organizer, is on the 2021 KERA Board of Directors.