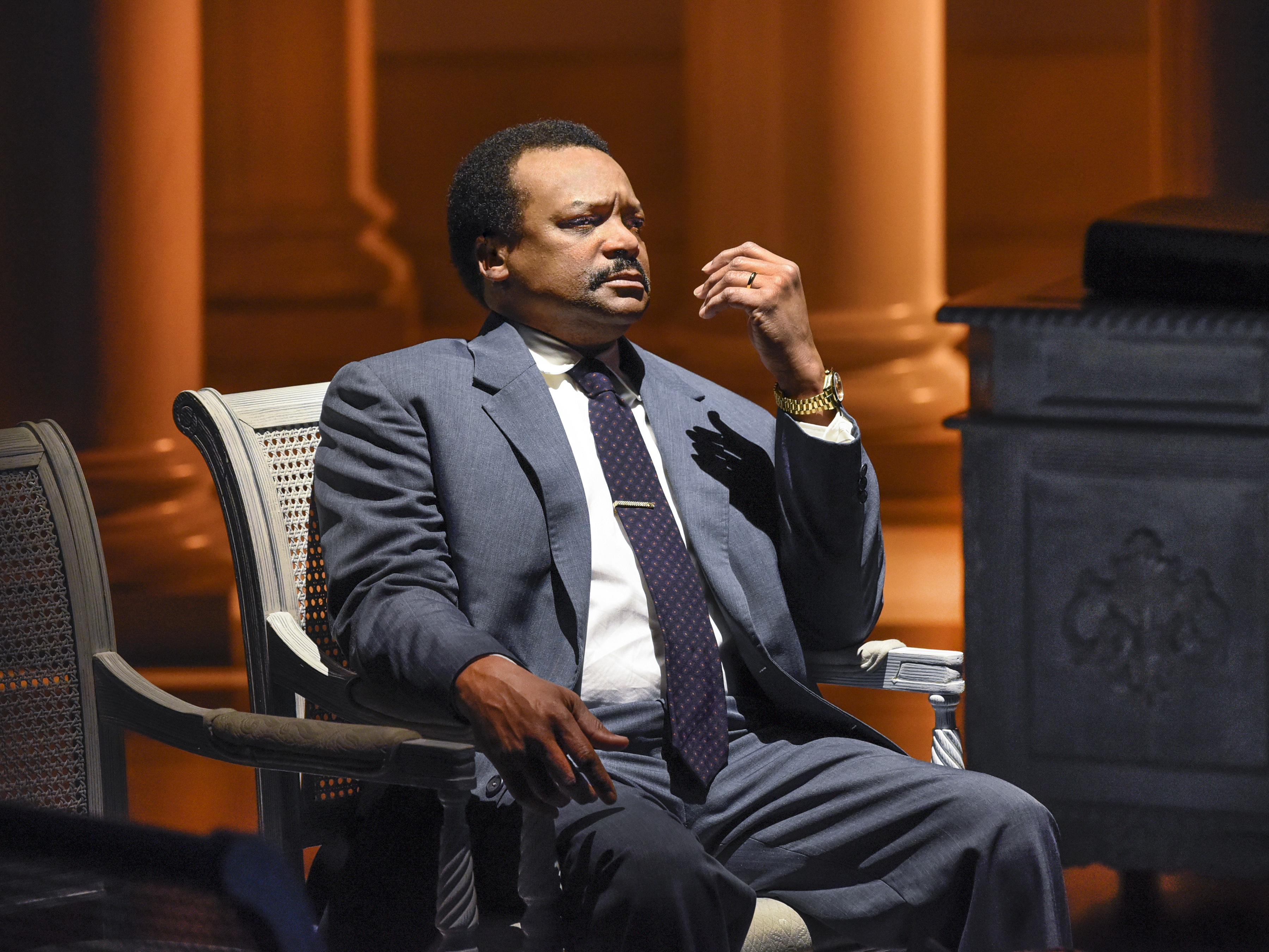 Today marks the 50th anniversary of Martin Luther King Jr.’s assassination. “The Great Society”, which recently ended its run at the  Dallas Theater Center,  follows the relationship between King and Lyndon Johnson through the civil rights moment.  Think host Krys Boyd sat down with actors Shawn Hamilton,who plays MLK, and Kevin Moriarty, artistic director of the Dallas Theater Center, to talk about King’s lasting impact on society and how his teachings on non-violence can be seen today. 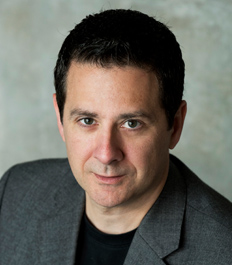 Here are highlights from the interview:

Why was it so critical to King that non-violent resistance remain only tactic used?

Hamilton: Well of course King took a lot of his strategies from Gandhi and his program against the British in India and before that Gandhi’s work in South America before he even came back to England, where he really trained himself was in South Africa. So, for King it was both a political crusade but also a moral crusade. I think that strategically he really believed that non-violence was a way for a marginalized community who did not have planes and guns and the military to be able to wage an equal war against their opponent. It was a sort of way of shifting the opponent’s  energies and using public opinion against the larger party and King was a master of that so, it wasn’t simply a moral crusade for him in terms of non- violence it was also very strategic politically for him as well. He knew how he was using the levers of the media and public opinion.

And it was a time when a smaller person could, because of how technology had moved forward, have their voices heard in a way that only kings and queens and those in large places could before. It was only a few years earlier that presidents even began using the idea of media, “Fire Side Chat,”and now we have cameras following King into the field as he dose his actions. In fact, he counts on it. They’re acts of  theater, they’re acts of almost passion plays, they’re acts that King almost puts on and that people follow. And there’s a good guy and a bad guy and people look and they say, “Well, that’s just not fair. I have to do something about that.” And non-violence was very important, showing the public that you had a real David and Goliath situation there. They put their bodies on the line and that was part  of it.

Moriarty: And seeing in the play the first act, a major event of the first act is the passage of the voting rights act of 1965. And you really see Johnson looking for the right moment to bring that bill forward to Congress. And he’s getting internal pressure from folks like his Vice President, Hubert Humphrey and he’s getting very significant external presser from folks like Dr.King, but he’s waiting for that moment that Congress will be ready to adopt the legislation. And it takes the events in Selma and at Pettus Bridge and it takes the work that is happening in the streets to be broadcast into peoples homes on their television that transforms how everyday Americans see, it suddenly shows the truth of whats really happening in the south.

Hamilton: Just like the [Vietnam] war coming in. The war came into your living room in the same way. it was a very personal experience and that how people experienced it. Not as, you can say a reality TV show. It was certainly very real but it was shocking for people to see history going on in front of their eyes with that visual medium of television.

So we see Johnson blithely lying when it serves, even why hes trying to do something good he’s not above lying to get it done. I wonder about the decision you made as an actor Shawn, how much your King trusted  Johnson?

Hamilton: Oh, not at all. I mean Schenkkan lays it out in the play. Johnson has been, since the first time he came into office, has been a little bit duplicitous but, you have to remember that JFK was not terribly forthcoming with King as well, in terms of civil rights. King is probably getting more out of Johnson then he ever got out of JFK. So no, it’s a working relationship they realize that they’re both trying to get something done. And they’re able to use each other or motivate each other in the process. I just remember how things change so much after King came out against the Vietnam war. Johnson who had been seemingly warm to King became quite hateful called him a lot of hateful names in the White House and their relationship was over. Not because of civil right, but because King had come out against the Vietnam war. And to him, loyalty was so very important and if you weren’t with him in the war then you were out.

You have some really talented women in the cast. It’s hard to notice that history doesn’t give them very much to do. They were certainly active behind the scenes. But it’s really strange, 50 years on, especially as a women watching this, to recognize how little women were considered when public policy was being made.

Hamilton: In some way, I can relate it what’s happening now in the sense that the women’s movement that has become so strong around the MeToo movement is a reaction to when things get really bad people get out in the streets. So, that’s been good to see that people are once again taking mass action against the system that they feel doesn’t serve their needs. And I think that, that’s what happened at that time was that the idea of large scale social action was brought up by King and demonstrations by the African Americans, but those techniques filtered down to a large number of marginalized people, especially the women’s movement. And we’ve been out of the habit or a while and it’s good to see people out on the streets again. And the women’s movement just then, as now, has become one of the strongest parts of that.

It’s interesting that you mention anger, Shawn, because watching your performance, there are so many things that happen over and over and over that Martin Luther King has not just to be disappointed about, not just to be worried about, but to be angry about what surely felt like insurrection among his own  team. The closest people that he worked the most closely with. How do you think he processed that anger so that he didn’t bring it with him? I mean, it’s there in a way right because it motivates all of the work he ever did. But it doesn’t manifest itself necessarily in the way he interacts with people.

Hamilton: It is there and King was a revolutionary leader but, I think, that he believed that he had to change the laws of this country, otherwise nothing that they did would be long standing. So, he was willing to work with in the structure and compromise within the structure in order to get long lasting change done. But he always knew that he was in a sense riding this very sort of wild horse that he could control and try to shift. And I think he thought that, in the best interest of his people and the African American people was to try and get long lasting change.

He was always riding a very wild horse that he could barely control and his people want things done now. And the shifting voices and the strategies he was using were not immediately appearing as being effective when people are being beating and killed the idea of non-violence as a sort of moral or tactical construct, it doesn’t immediately come to people’s minds. If someones hits you, you hit back. He was playing a larger sort of game, but he was running out of time. He had to move things as quickly as possible because people expected big results from him. They wanted a big win, they wanted a victory lap, and he took a chance. He was willing to take his tactics and go into areas where he didn’t have as much control and he knew he might lose.

When he went into Chicago and when he decided to go back to Memphis for the sanitation workers strike, he didn’t have to do that. He was organizing a poor people’s campaign Washington D.C.

He has decided that the way of aligning people’s interest across races was not about race. It was really about economics. If he could combine poor people together across racial lines, he thought that that would be the future of the civil rights movement in this country and it has it percolated through La Raza, the Chicano rights movement, and other poor rights movements.

But King wasn’t afraid of a challenge. He knew that he had wings that were splitting off and he thought the way to bring them together was to unify people around their own shared economic interest.  And that’s what he was trying to do.