Skip Navigation
Home > ArtandSeek.net > The Soluna Festival Opens Tuesday With A Bang: A Dance-Video Premiere With New Music By Pharrell

A world premiere by pop musician Pharrell Williams opens the Dallas Symphony’s Soluna Festival Tuesday at the Winspear Opera House. But it’s not just a dance-pop tune by Pharrell that’s being performed. KERA’s All Things Considered host Justin Martin sat down with Art & Seek’s Jerome Weeks to learn what this new work, called ‘Rules of the Game,’ is all about.

Soluna: International Music and Arts Festival, through June 5th.
JWYep, two years ago, it was the single most successful song in the world – around 14 million sales and streamings, plus a whole pile of Grammy awards.  So that’s the guy who’s dropping his latest tracks at the Winspear Tuesday in a work called ‘Rules of the Game.’ But here’s the deal. Pharrell won’t be there, so we’ve been told. He’s taping the TV show ‘The Voice.’

So why would we wanna go?

JWBecause the Pharrell Williams cover band that evening will be the Dallas Symphony Orchestra.  Pharrell provided the music: 38 minutes’ worth, that’s like a whole new album from him. They were all-electronic demo tracks. But then the music was given to David Campbell. He’s known as the arranger and orchestrator to the stars. He’s arranged songs for – everyone. The Rolling Stones, Green Day, Radiohead, Avril Lavigne. He’s also arranged scores for films like ‘Dreamgirls.’ And he happens to be Beck’s dad. So he orchestrated Pharrell’s music for 26 symphony musicians. 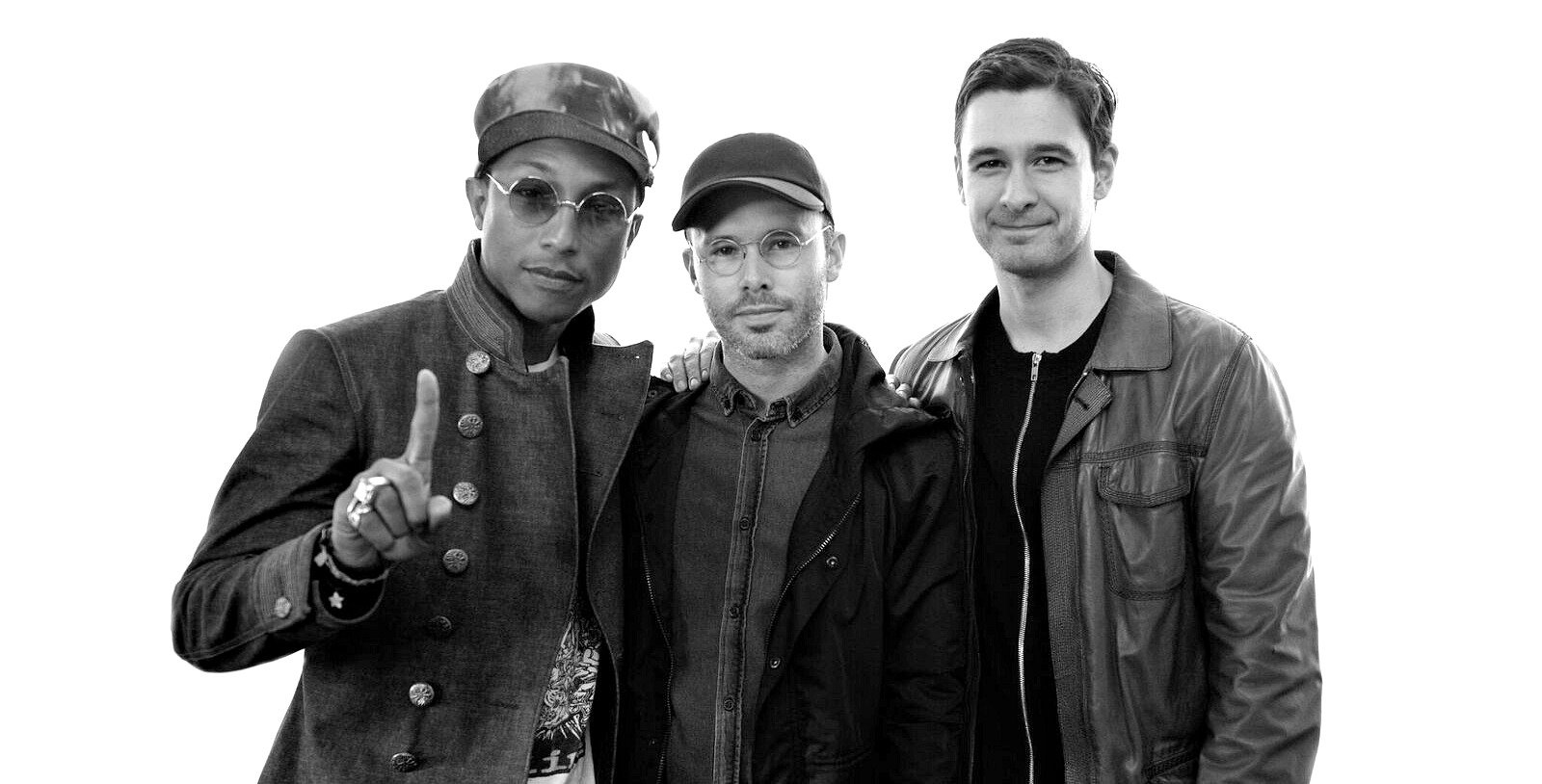 So this whole thing will be like one of those DSO pops concerts?

JWNo. It’s much more than that. In fact, Pharrell’s music wasn’t even part of the initial discussions. Daniel Arsham is a New York-based artist. He works in video, stage design, even architecture. “I was invited by the folks at Soluna to look at a project working with the Dallas Symphony,” he says. And at the same time, his long-time friend and collaborator, the choreographer Jonah Bokaer was working on a project. The two have known each other since working with the great choreographer Merce Cunningham and they’ve also collaborated with the avant-garde director Robert Wilson.

But while they’re talking about their new projects, Arsham says, “Another friend of mine was over at the studio” — Pharrell Williams — “and I  started talking with him about the orchestra, and it sorta clicked in my head that we could bring these three elements together.”

The three have worked together in various combinations before but this is the first time all three – Arsham, Bokaer and Pharrell – have collaborated on a dance-video artwork.

So why’s it called ‘Rules of the Game’? 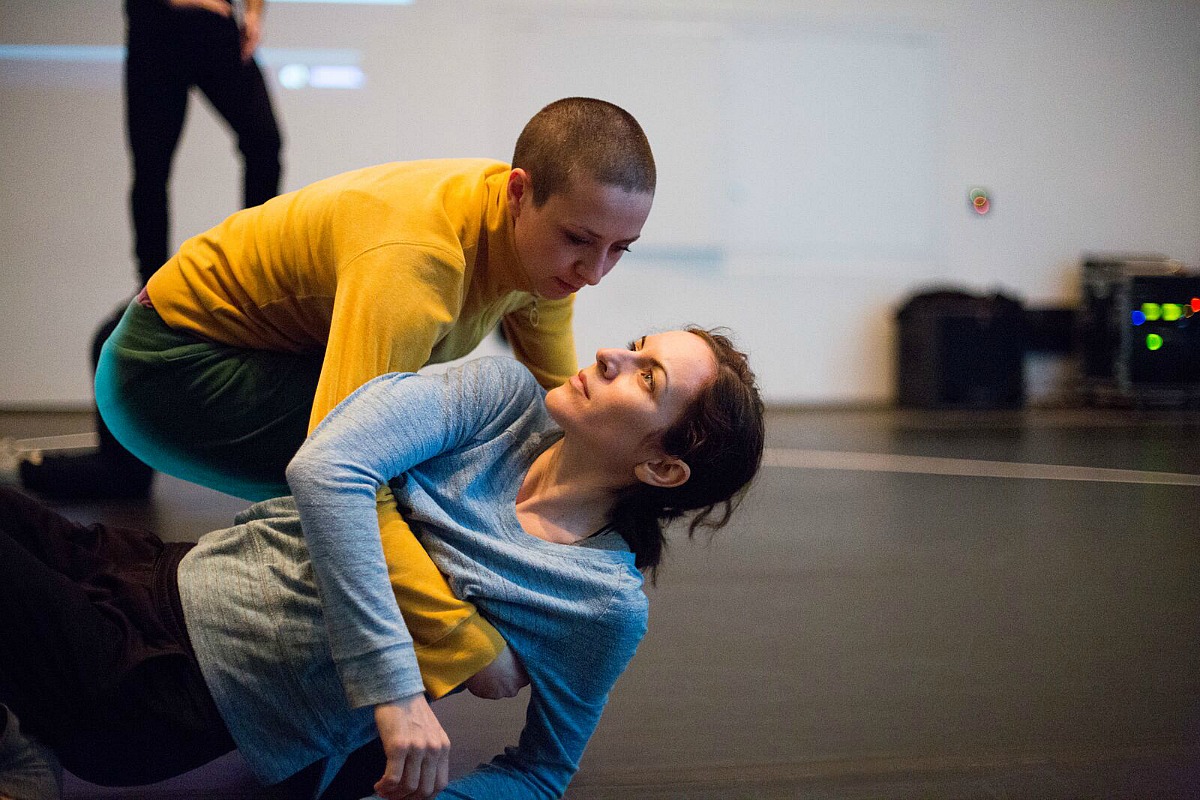 ‘The Rules of the Game’

JWRight. Does that make any sense?

JWI wouldn’t worry about it. It doesn’t have to.  Because this ‘Rules of the Game’ Tuesday night is not a dance version of Pirandello’s play. It was just inspired by Pirandello, by his images of traditional roles coming undone, the rules of the game falling apart. At the Winspear, what we’ll see are eight dancers – including Albert Drake from the Bruce Wood Dance Project in Dallas. And we’ll see some remarkable video by Arsham. He used a special camera called a Phantom that can shoot 7000 frames per second.  So we’ll see things like classic portrait busts, made out of what looks like plaster or clay — but which Arsham says are actually made from crystal through a process he developed — and we see them float and fly very slowly through the air and then suddenly crash and shatter and explode into rubble. Arsham, he says, is into “fictional archaeology” — creating old-looking things and “aging” them, breaking them down.

And while all that’s going on, the dancers and the symphony musicians will have to perform Pharrell’s music precisely to the timing of the video. They have to use a ‘click track’ to keep time because everyone is spinning and moving and playing down to the second.

Oh, and by the way, the evening will open with two shorter performances, earlier collaborations by Bokaer and Arsham: ‘Recess’ with music by Stavros Gasparatos, and ‘Why Patterns” with music by Morton Feldman and Alexis Georgopoulos. 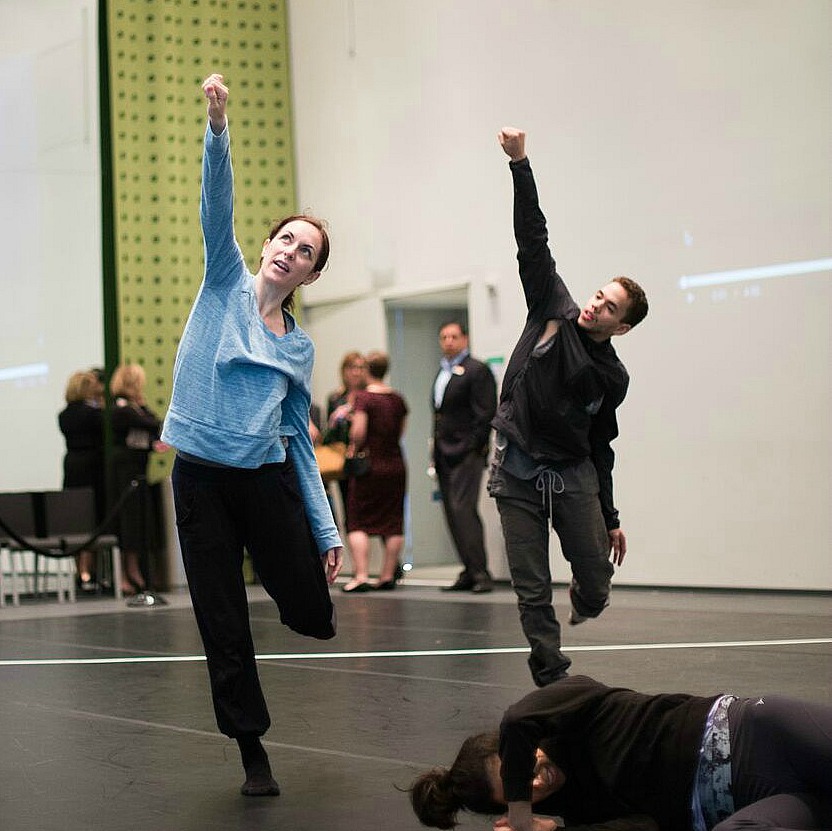 And this is all for just one performance?

JWActually, no. ‘Rules of the Game’ will also be staged in New York at BAM, the Brooklyn Academy of Music. But here’s the thing. Only in Dallas, for the premiere, will it be performed with a live symphony orchestra. And speaking of a live symphony orchestra, over the next two weeks and a half of the Soluna Festival, the DSO will be performing a variety of concerts, including two free public ones — in Klyde Warren Park and at the Dallas Contemporary.

What else is coming up?

JWFriday evening, I’ll be at the Kimbell. How’s that for an exciting event? I’ll be sitting down with the directors of the three leading art museums in Fort Worth: the Kimbell, the Modern and the Amon Carter. It’s the start of our State of the Arts discussion series in Fort Worth, in partnership with the Kimbell.

So it’s nice to begin with a first: This is the first time all three directors will have met in a public panel like this.

Looking forward to it. And thanks, Jerome