Skip Navigation
Home > ArtandSeek.net > The Time For Talking’s Over. It’s Time To Act.

There’s a new play in Dallas about the American debate over gun violence. But this one’s very different.

Teen actors take on the roles of real-life victims and gun advocates. In this week’s State of the Arts, Art & Seek’s Anne Bothwell talks with reporters Hady Mawajdeh and Jerome Weeks (who’ve been following the production for six months) about what it took for these teenagers to create the show called ‘Babel.’ 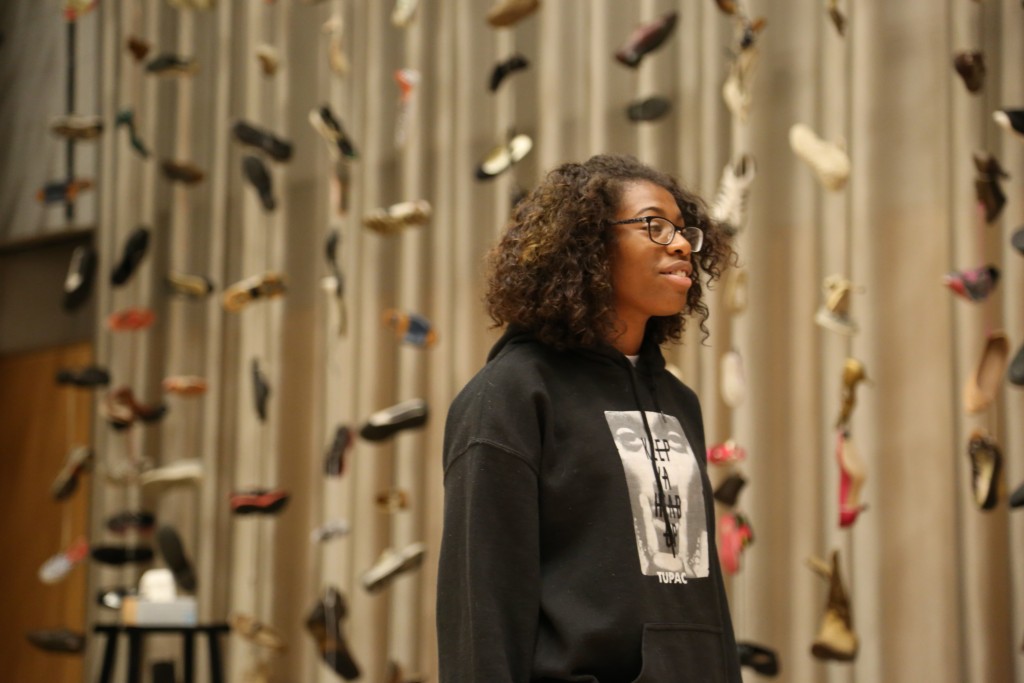 Anne: Jerome, Cry Havoc Theater Company started work on this play in January. Why so long to create a play?

Jerome: Their process is what’s called devised or documentary theater. That means they start without a script, they start from scratch.

For ‘Babel,’ they interviewed dozens of people on different sides in our national gun debate and then used the transcripts from those interviews to hammer out their own script. 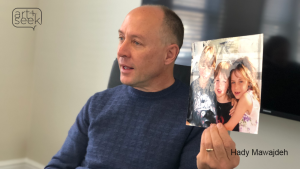 Mark Barden holds a photo of his three children as he tells the cast of Cry Havoc about the day his son was killed in Sandy Hook Elementary.
Photo: Hady Mawajdeh

They flew to Connecticut, for instance, to interview people like Mark Barden. His seven-year-old son Daniel was among the 20 first-grade students who were shot to death at Sandy Hook Elementary:

“I have this kind of screwed up need to take as much of the pain as I can, because I wasn’t there to save him and he had to deal with it all,” Barden explained to the cast of Cry Havoc. The group visited him at the office of Sandy Hook Promise, a nonprofit aimed at decreasing gun violence, this March. During the meeting, he told the teens he’s still living with the pain. “I don’t feel like I want to be cured or better or counseled or made to feel better. I want it to be hard. I want all the pain there is.” 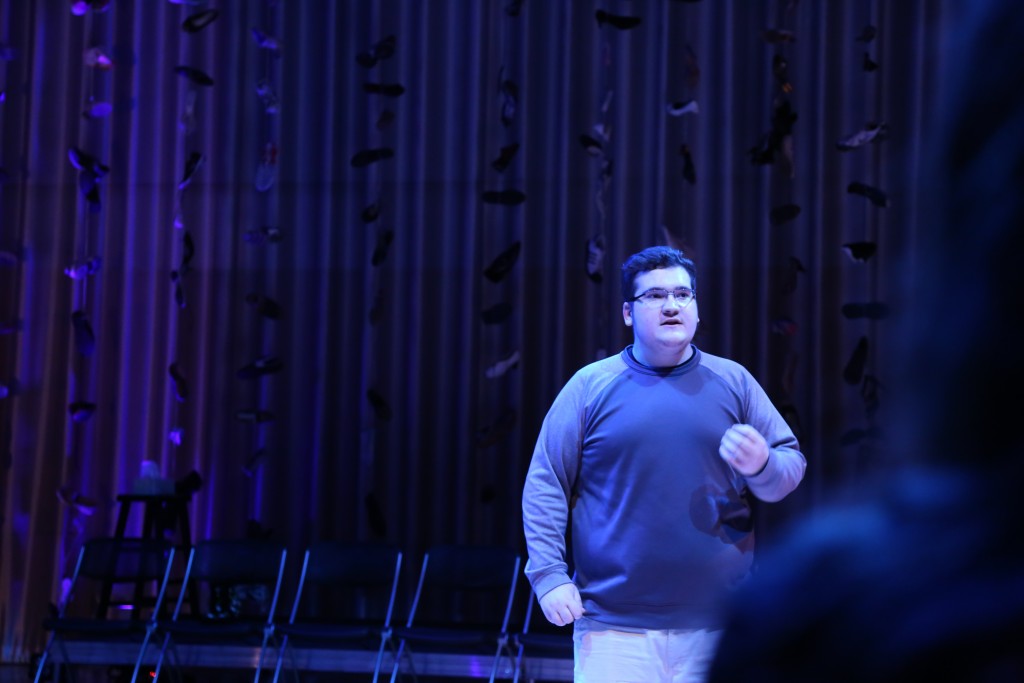 That’s pretty strong emotional stuff for these students. Hady, what did they feel about guns when this whole project started?

Hady: These kids were not naïve about guns. Two of them tell me that every year in high school they’ve lost classmates to gun violence. Another performer’s father was killed by a gun. And at least one had a friend who killed herself with a gun.

But when it came to policy or the NRA, I think they were pretty green.

Jerome:  Right. I mean, they’re still teenagers For the most part, they didn’t seem to have strong feelings about the Second Amendment, bump stocks, background checks. So these interviews didn’t just give them, y’know, dramatic material for their show. It gave them an education into why this debate is just so tangled. It put them eye to eye with real people. 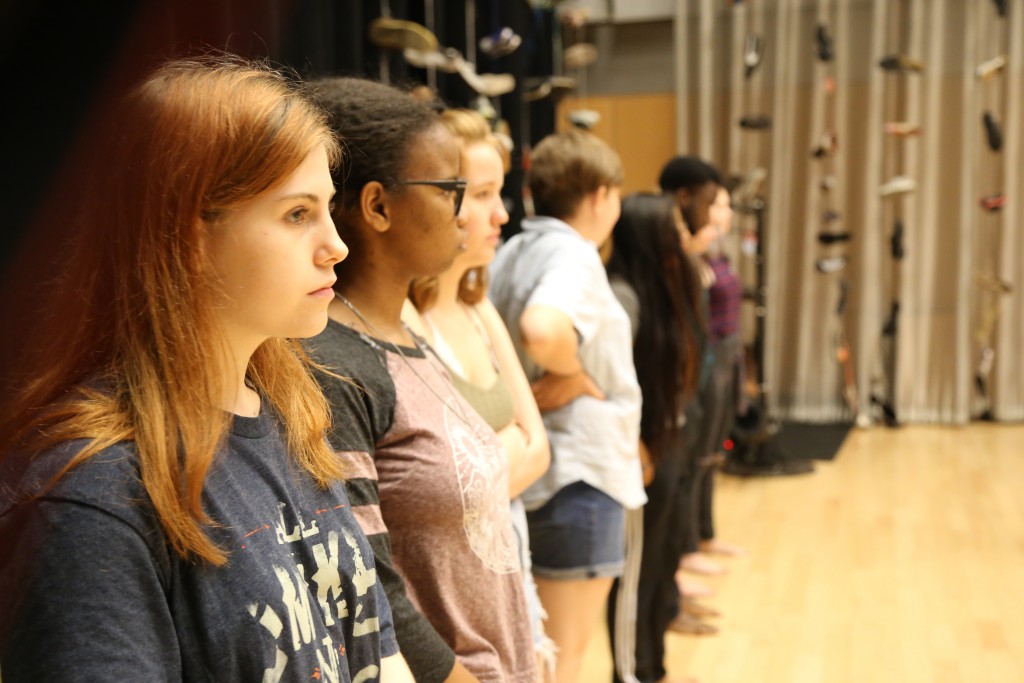 ‘Babel’ sounds like a super ambitious project. What else did they do to prepare this show?

That’s the same kind of weapon that was used in the Parkland shooting.

Hady: That’s right. And after the gun safety training, they spoke with parents whose children were murdered and who had used guns to kill themselves. And those interviews  – those were the toughest. One mother explained what her 60-pound son’s lifeless body looked like after it was filled with bullet holes. After that, they flew to D-C to talk with politicians like Senator John Cornyn and lobbyists.

Hady: They did. They did it so they could interview folks at the convention in Dallas this May. Here’s company member Mary Bandi talking with a gun vendor: 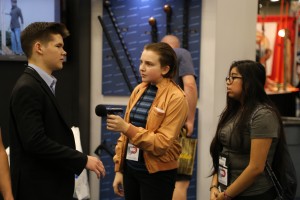 “So we’re trying to get every single point of view on this [issue], especially because this is such a hot topic in America right now,” Bandy said to the gun vendor. “On that note, what are your thoughts on the Parkland students and their motivations?” she asked. “Oh, this is America,” he responded. “If you believe that strongly about something you should protest it.”

Jerome, you mentioned that this was about much more than just learning how to put on a play. It was also another kind of education for these students.

Jerome: For some of the actors, this was the first time they were forced to think about how complicated and painful this issue is. Right now, after all this process,  they may not have clear-cut political solutions to the whole problem. But they certainly understand why it’s such a problem and they’re better able to articulate their own feelings.

Hady: I agree. They have a better understanding of politics and how compromise sometimes blocks good intentions. T

Jerome: And unlike many of us, they’ve been exposed directly to the anger and pain of this debate.

Hady:  For sure. For some people, this is life or death. 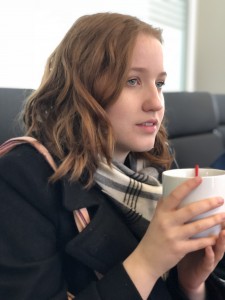 “I’m happy when I think about us doing the show, because I know that the way we’re doing it is not going, ‘Guns are bad’” Hoag said about the production. “It like, ‘No. these things are happening. And we’re all so confused. And we don’t know how to talk about it. And it’s making us upset.’ Like, I’m struggling to find something, an answer, that satisfies me and I haven’t found it yet.

Hady: Anne, I think it’s also important to mention that these young people have learned a lot by being performers, too. In ‘Babel,’ they’re playing real people whom they’ve met. And they’re speaking those people’s words.

I mean, talk about having to walk a mile in someone’s shoes.