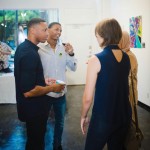 Preston and Princeton Wright grew up drawing Dragon Ball Z characters, much like other kids. As teenagers, the twin brothers progressed to painting a mural of the longhorn mascot at Cedar Hill High School. But then the brothers stopped painting for five years.

When the twins decided to jump back into the art world, they found doors did not open easily for a pair of new artists. Something was always missing: their own solo show.

“It’s a hard career choice to be successful in,” Princeton Wright, 27, said. “It’s very fulfilling because you’re expressing your creativity, but to actually make a career out of it and get paid to do what you love is hard.”

The two began to rent out art spaces to showcase two of their solo shows. The twin brothers call themselves expressionists painters, and they collaborate on every artwork together. By their third show, it was a collaboration of creativity with fellow artists and a fashion designer. They knew it was important to have a space to shine, not only for themselves but for others in the same position.

In 2017, the Wright twins started to sponsor exhibitions for artists. The venue, food and drinks were covered. The brothers did their own marketing and built an audience fast. They soon began to sponsor over 60 artists’ first solo shows in the Dallas area. 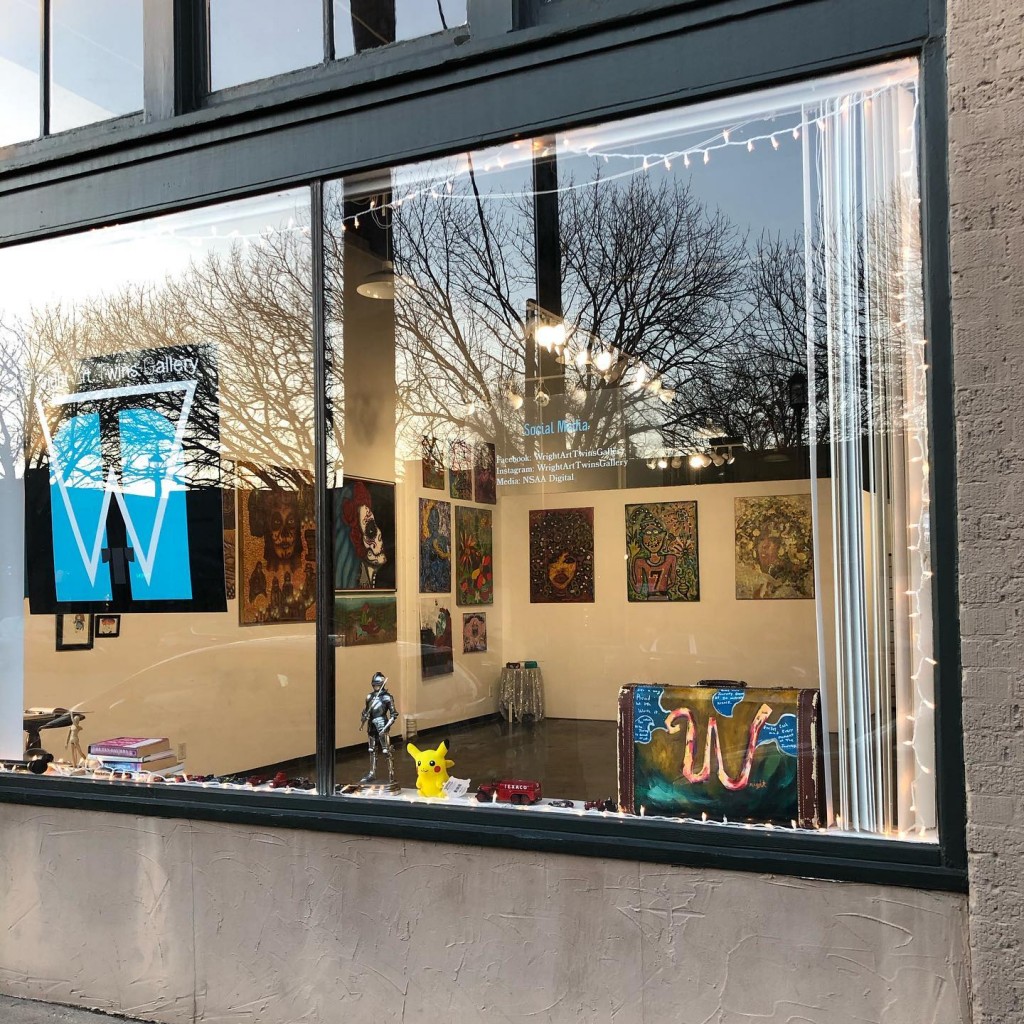 “We didn’t have a platform at our beginning stages and really trying to build a name for ourselves was really hard,” Princeton said. “We just want to give to other artists and make the process easier.”

Both started an Artists Speaking Out conference to help nurture beginner creatives and have curated cultural exhibitions to bring the community together at their Fair Park area gallery.

“We are trying to build a community of creatives that’s willing to share advice and resources,” Princeton said. 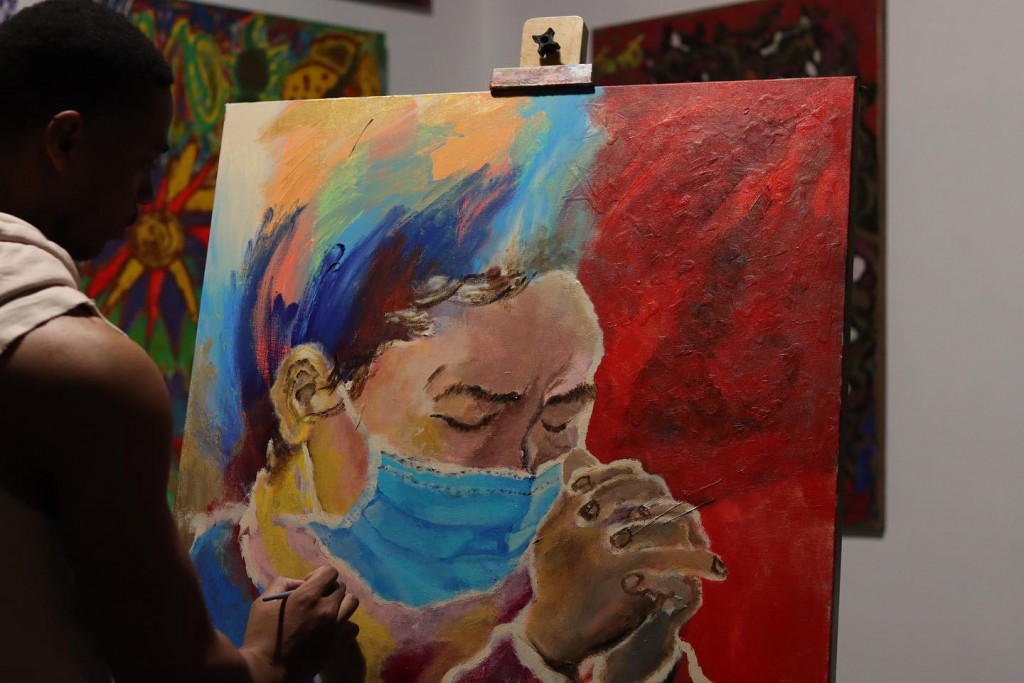 Preston and Princeton Wright’s artwork that’s dedicated to the current COVID-19 pandemic. The brothers collaborate on every piece together. Photo Courtesy: Princeton Wright

With the COVID-19 pandemic, most of their gallery shows were postponed. Their July show on Latin art and culture was canceled.

“We haven’t been producing as many sales as we typically would, and that’s because we can’t actually get people physically inside of the gallery,” Princeton said.

So, the Wrights started an online gallery called Name Your Price. It’s to help support artists in the Dallas-area and beyond. 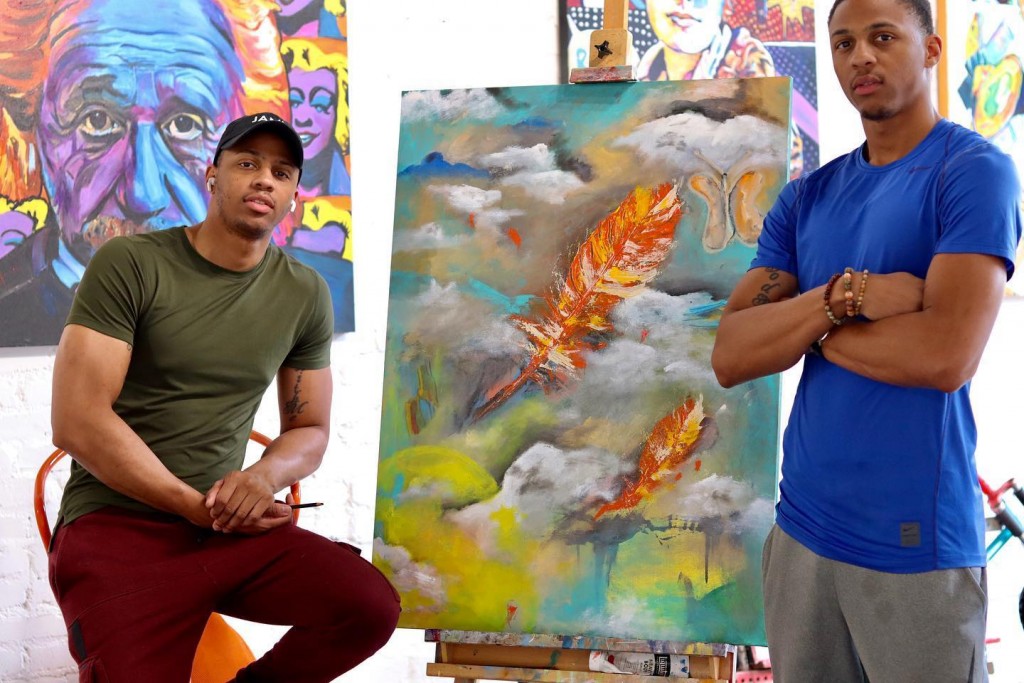 To maintain their business, the two still offer events. Painting with a Twin is their newest addition. From 7-9 p.m. on Mondays, the twins paint with kids and on Tuesdays, they paint with adults. The classes can be no larger than 10 people, and all must wear a mask.