Could Fort Worth become a hub for filmmaking? City and state officials think so. In this week’s Art&Seek Spotlight, Hady Mawajdeh reports on efforts to bring more movie business to the city. He met Dallas film producer Jeff Walker, who says making movies and TV shows requires a ton of patience.

“A producer is really just a stress-sponge. It’s just your job to absorb all the stressful things about a shoot.”

One of his biggest stresses is finding a place to shoot.

“Oh yeah. I mean, it’s just like anything, you need the infrastructure.”

Walker recently faced this issue while working on a small, independent film. Then, he heard about a new 12-hundred square-foot production studio on Fort Worth’s near South Side. 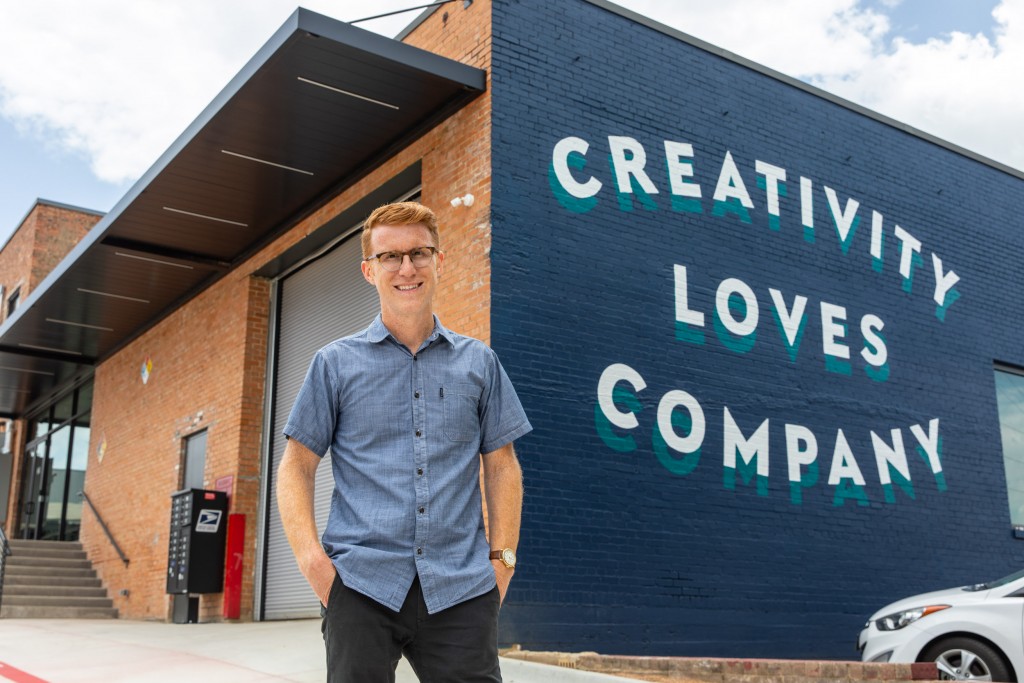 “It’s one of those things where it’s like we were the right the right-sized film for the space and it worked out. There was no other space that was going to be able to give us everything we needed in Fort Worth.”

That space is called Backlot Studios and Workspace. It opened about a month ago, and Backlot is the first studio built within the city’s new Media Production Development Zone.

“We really see this as an opportunity to get Fort Worth on the map, as it relates to film production activity,” says Robert Sturns, Fort Worth’s Economic Director.  “And so if we have a nice production studio where those types of activities can occur that gives us another tool that we can go out and talk about all the benefits that we can provide here in Fort Worth.”

Sturns says the Zone provides tax rebates for the construction, expansion or renovation of media production facilities. And the city’s hoping to draw two more projects to the neighborhood.

Fort Worth is the second city in Texas, after Austin, to create a media development zone. Supporters of the project say it’s already attracting new business. And it’s an opportunity for the city to help the creative class. Here’s Fort Worth City Councilwoman Ann Zadeh: 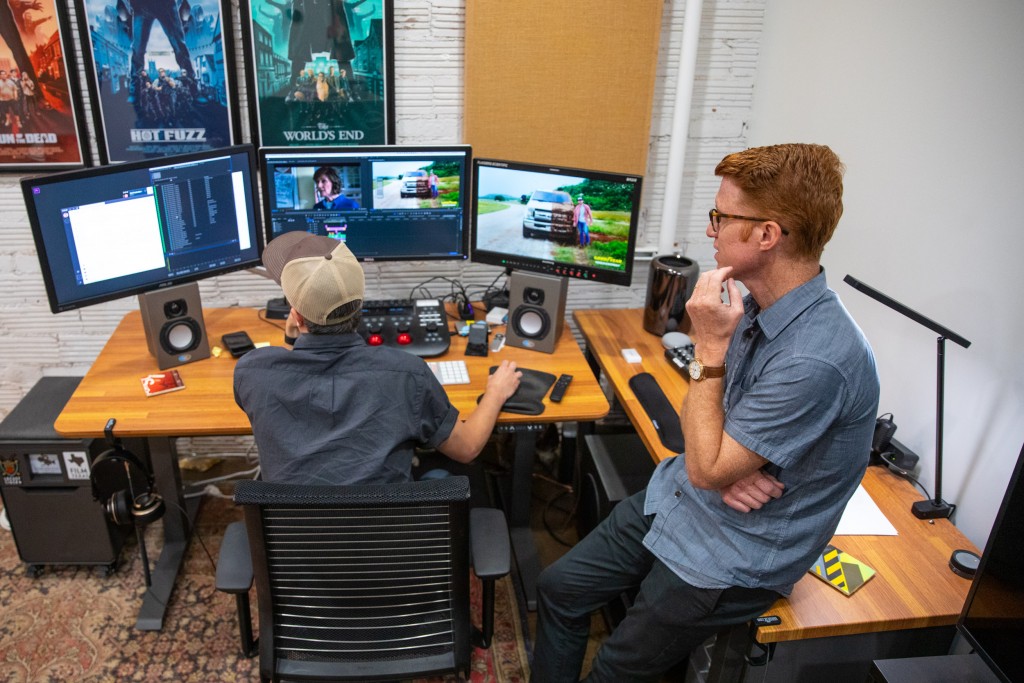 “So this is one of the ways that we could actually support them in a more concrete way, other than just saying, ‘We want to encourage creatives in our community to do things.’ But this was actually putting something in place that would provide some financial support.”

So whose idea was this? Sturns credits Red Sanders. Sanders owns Backlot Studios. He’s also the founder of Red Productions, a film and commercial production company based in Fort Worth.

“Red really brought this idea to us. We really weren’t aware of it. He said ‘here’s something that we should be taking a look at.’ And so it was really his leadership and his initial interest in understanding what the zone is and what the benefits are.”

Sanders says Backlot could be the first step toward building the sort of foundation needed to attract bigger projects to Fort Worth. Recently, he gave a tour to the financiers of “Fruitcake,” an upcoming film starring Will Ferrell and Laura Dern. And he says, they were impressed.

“Cause you never know when you’re coming in to shoot something from another town. Someone says they’ve got a studio, but what does that really mean? And is it going to be easy to find a production office space that will lease to us for a few months while were here shooting? Cause most commercial offices want at minimum a couple years lease usually, so…”

With Backlot Studios and Workspace, producers won’t have to worry about long-term leases: they rent the studio by the day, and work spaces are leased by the month. Hotels won’t be a problem either; the city’s downtown is two blocks away. And Sanders says the South Main Urban Village where Backlot is located is about to explode.

“This time next year, I think there’s 35 new businesses slated to open here on South Main. And honestly, that stat’s probably outdated. I think 15 of those have already opened since that was said two months ago.”

That growth energizes Jessica Christopherson. She’s the city’s first Film Commissioner. So it’s her job to sell Fort Worth as a film destination.

In a short-time, Fort Worth’s attracted more than 200 projects, including a big one: “The Old Man and The Gun.” That movie starred Robert Redford, and was written and directed by Dallas filmmaker David Lowery.

“I think we’ve had some great success over the past four years. It’s been a lot of fun and there’s such a great creative energy here in Fort Worth right now, so we’re excited to see what’s next.”

All of those projects have generated 19-million dollars in economic impact for the city. That’s far from the 200-million dollars generated per year in Dallas. But officials think it’s a great start. And Fort Worth plans to keep shooting for the stars.