The town of Waxahachie goes by many names: the Gingerbread City because of the architecture of homes and buildings still standing from before 1900, the Crape Myrtle Capital of Texas because of the bright flower that blooms every summer — and perhaps the boldest of the bunch: the Best Little Hollywood in Texas.

The Waxahachie Convention and Visitors Bureau supports that last moniker with a list of more than 30 television shows and movies filmed in the town, including three that took home Academy Awards in the 1980s: “Tender Mercies,” “Places in the Heart,” written by Waxahachie native, Robert Benton, and “The Trip to Bountiful.”

Benton also wrote the 1967 film, “Bonnie and Clyde,” starring Faye Dunaway and Warren Beatty as Dallas’ own infamous partners in crime. The movie was shot in Waxahachie and other North Texas locations. Estelle Parsons won an Oscar for her supporting role as Blanche Barrow. The film also grabbed the top award for cinematography that year, too.

Oscar winners in the ‘80s

However, Waxahachie’s true Hollywood heyday arrived about 15 years later. A film made in Waxahachie won at least one Oscar every year in 1983, 1984 and 1985.

Robert Duvall won Best Actor for his role as Mac Sledge, a broken-down country singer who hopes to turn his life around through his relationship with a young widow and her son in Texas. Horton Foote’s screenplay also won for Writing.

More: Read this 1983 New York Times article about the film.

You may recall Sally Field shouting “You like me! You really like me!” in her acceptance speech for Best Actress. She won for her role as Edna Spalding in “Places in the Heart.” The film is about a Depression-era widow in Texas who tries to save the family farm with the help of two men played by John Malkovich and Danny Glover. The screenplay, written by Robert Benton, won the Academy Award for Writing, too.

More: Read this 1984 New York Times article about the film.

The film, set in the 1940s after World War II, stars Geraldine Page as Mrs. Watts, an elderly woman who returns to her fictitious hometown of Bountiful, Texas. Page won Best Actress. The film was adapted by the play by the same name, also written by Horton Foote.

More: Read this 1986 New York Times article about the film.

Stories from a Waxahachie native

KERA education reporter Stella M. Chávez grew up in Waxahachie during the ‘80s. She recalls exploring film sets and seeing famous actors. Listen to her talk about what it was like below.

On film productions coming to her hometown

On the premiere of “Places in the Heart”

Why Waxahachie was so popular

How did Waxahachie become such a hub? According to a 1985 Los Angeles Times piece asking that same question, the town could be easily transformed.

“The lure is the neighborhood. Stately gingerbread homes that line tree-shaded streets and a restored town square make Waxahachie a perfect setting for turn-of-the-century-period movies,” according to the article.

Texas was becoming a contender in the film business during this time because of choice film locations near major cities, skilled local crews and relaxed union standards. It was also cheaper to film in places like Waxahachie than New York or Hollywood.

The North Texas town, which had just over 18,000 residents by the end of the decade, was open to the industry. Both the LA Times and the New York Times credit a man named T.J. Felty for being the point person for movie productions in Waxahachie at the time. 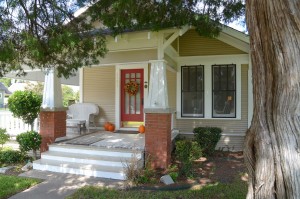 This craftsman home in Waxahachie was the set of the beauty shop in the 1984 film, “Places in the Heart,” starring Sally Field. Courtesy of Waxahachie Convention and Visitors Bureau

Felty wore many hats: “former high school principal, science teacher and football coach who holds the official title of Chili Adviser to the Governor of Texas.” He was also an actor and a vice president of the Waxahachie Bank and Trust Company.

“But a lot of people in the film business think of Mr. Felty for just about anything they might need, whether it is a vintage car, an old mansion or even ready cash,” according to a 1987 New York Times article.

For the film, “Square Dance,” Felty helped secure 800 extras on a day’s notice. And for Horton Foote’s “1918,” he suggested using Robert Benton’s aunt and uncle’s house as the perfect set — if the film’s producers agreed to restore it.

Long story, short: Hollywood movies filmed in Waxahachie brought a sense of pride — and an economic boost — to the town and the people who called it home.

And that’s still the case today.

Amy Borders, the communications and marketing director for the city, says they still receive regular calls from visitors who want to know about filming locations from the Oscar-winning films made there over 30 years ago.

“In addition to the money that film projects spend in our town during production, the lasting impact of community pride and film tourism are priceless,” she said in an email.

Waxahachie is still open to productions crews, but in recent years, the city has seen a shift from feature-length films to more television and commercial projects, Borders says.

“Rather than having a large film every year or so, we have seen a more steady stream of smaller projects. Each have their benefits, and we are still enjoying steady production activity which is great,” she said. 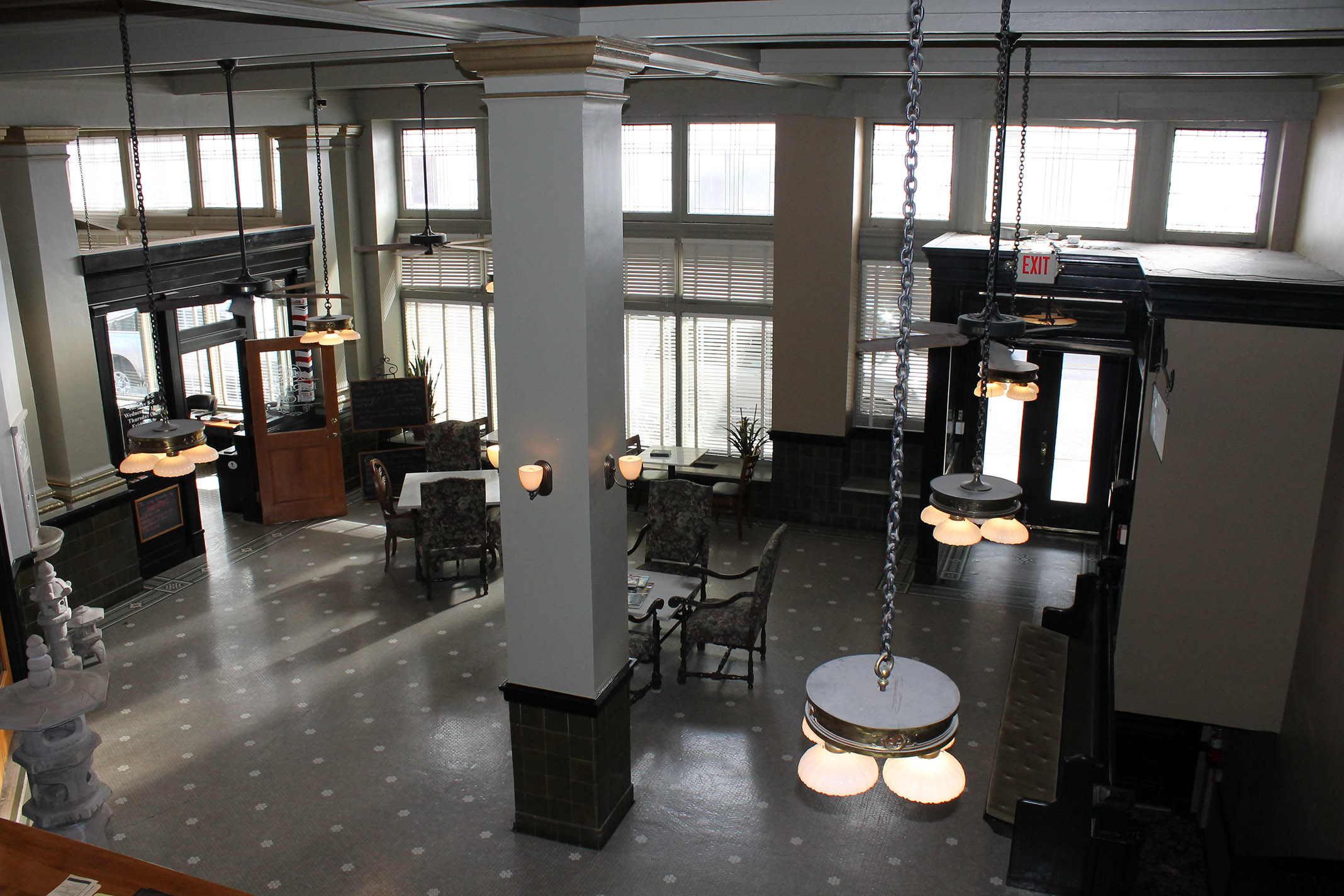 The bank in “Places in the Heart” was the Rogers Hotel lobby. Courtesy of Waxahachie Convention and Visitors Bureau

The Texas Legislature has decreased the amount of money used to lure projects to the Lone Star State. The appropriation for the film incentive program was $95 million at its highest, but has since been slashed to $22 million, according to the Dallas Morning News.

Projects that receive rebates from the program in turn bring millions of dollars and thousands of jobs to the Texas economy, but there is a divide between lawmakers on the value of the incentive program.

Borders declined to comment on whether these funding cuts have hurt Waxahachie’s film business. The city continues to accommodate productions, whether they’re out of Los Angeles, Austin or even Dallas-Fort Worth, helping filmmakers find locations, extras, local crews and hotel rooms, she says.

“If a project is coming to Waxahachie and making a positive economic impact, we are certainly eager to help,” Borders said.

As for upcoming projects, there are a couple of large feature films that are considering Waxahachie, Borders says, but she can’t divulge much more than that.

Note: Most of the “Tender Mercies” set was a constructed set, and therefore, temporary. Locations in “The Trip to Bountiful” no longer exist, according to Borders.