KNON plays one of the most eclectic music mixes in Texas, from Cajun to Ethiopian, Reggae to punk. The small non-profit broadcast from studios off Central Expressway, just north of Royal. Until last Sunday. General Manager Dave Chaos told me  that he was home watching the Cowboys game, when he saw reports of a tornado heading straight for the radio station. (You can click above to listen to our conversation that aired on KERA FM.)

DCAt that point, I called the DJ on the air. And he said the power had already gone out.

Yeah, the DJ on at that time was Chief Zehaie, right? And he plays music from Eritrea on his program.

DCYeah, its north of Ethiopia, in Africa, that’s where he’s originally from. Chief has been with us probably 30 years now. He came to us after he migrated to the States and asked for a radio show and has been with us ever since.

So, I got ahold of Chief and asked him to take shelter in our break room and explained to him, there’s a tornado looks like its heading toward the station. And I guess he didn’t, because I got a call later from someone saying, “Not only is the power out, but now the studio  windows have all blown in.”

And I got that call at 10. That was Spicoli, the DJ who was going on after Chief. And he had gone in the studio and found Chief still in the studio. He pulled him out and they both went down to the bathroom for shelter right as the tornado hit.

KNON 89.3 is raising funds to rebuild through a pledge drive. Details.

So we were real fortunate nobody was hurt. But the windows got blown out. The studio pretty much got blown away.

That must have been terrifying for them.

DCIt was. When I got the call from Spicoli, he was first, pretty factual. I said, I’ll be right down. Are you OK? And he took a moment and he said, Yeah. Thank God.

It was close. It was close for our guys. But the important thing is everyone was okay. And now we have to clean up.

But you’re back on the air.

DCWe took an old Behringer board that we had used for some remotes, a couple CD players from storage. And we went out to the tower. And we’re just basically in a little room at the tower, plugged straight into the transmitter.

KNON is mostly run by volunteers. All the DJs are volunteers. Why are they so dedicated to the station?

It’s times like these you can just see how amazing their passion and love for the music they play is. Because, times like this, they’re driving out to Cedar Hill, to sit in a little room, with a lot of spiders,  and broadcast from a little board with eight channels. 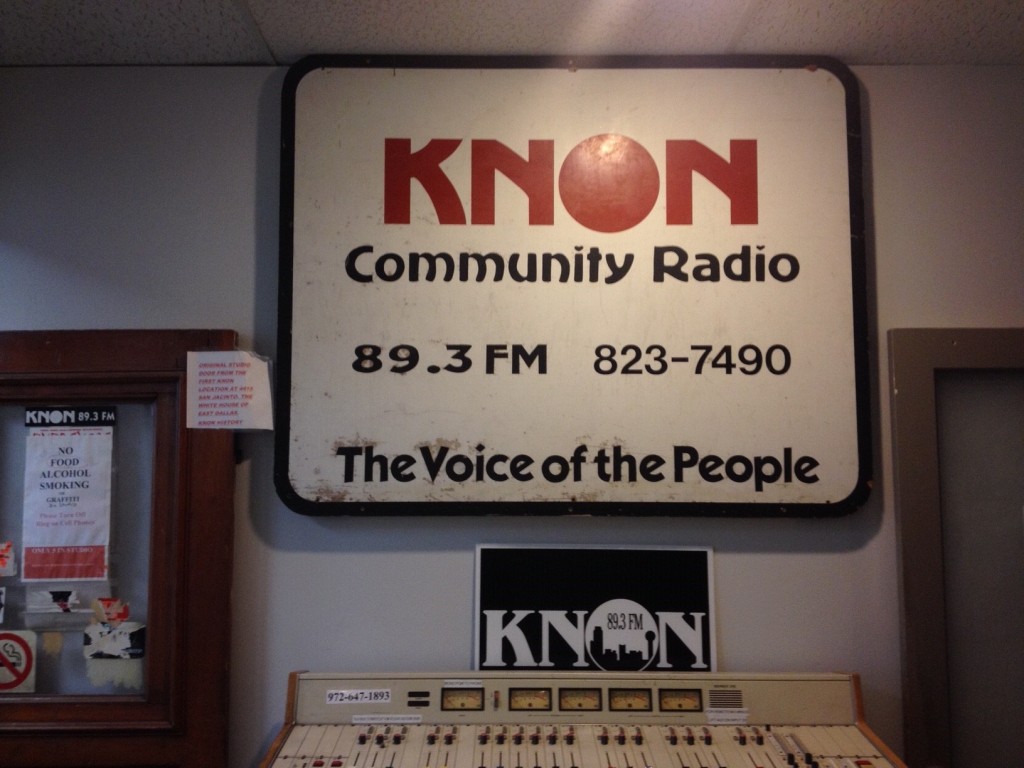 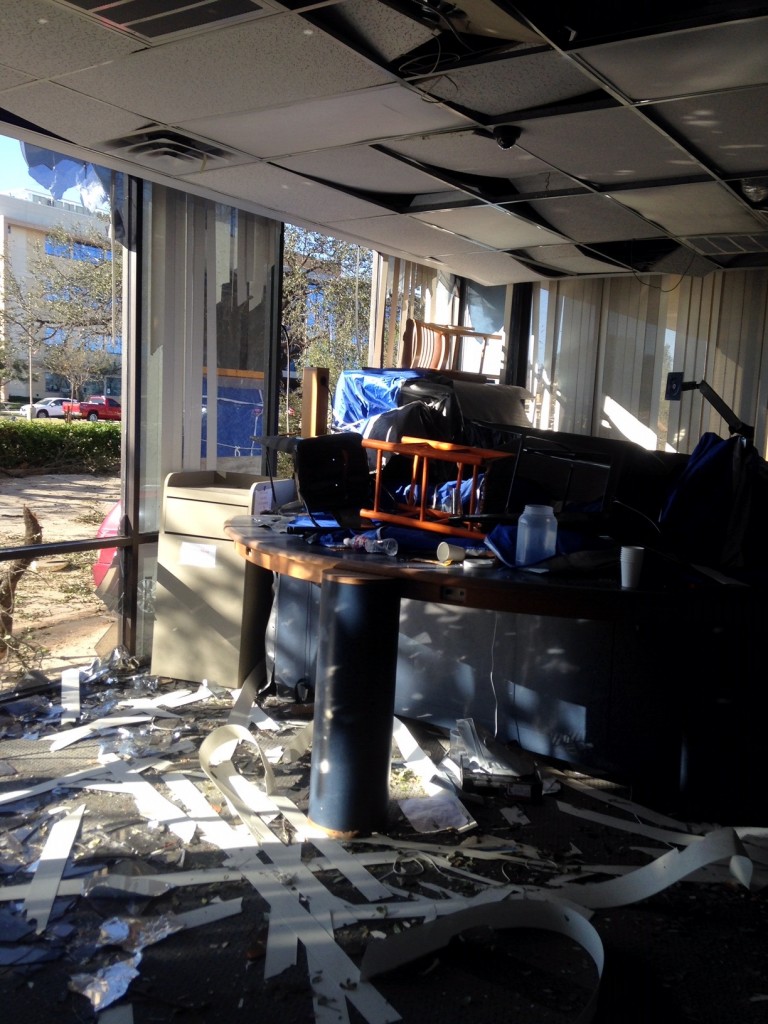 What’s next for the station?

DCWell, first thing was to get back on the air. We achieved that objective overnight on Monday.

And the next thing was to get cleared out of the building, because the landlord had to condemn the building and board it up and get us out because it wasn’t safe.

And um, at the crack of dawn, I’m looking at someplace to go right now.

How long have you been at this?

DCSince ’87. I started out as a volunteer answering phones on the show with Charlie Don’t Park. And then in ’92, I got on staff.

This has got to be the biggest challenge that you’ve faced.

DCI faced fires and funding crises and street gangs. But yeah, this one’s probably at the top. You know, we’re tougher than a Texas tornado and we will carry on.

And have Chief and Spicoli been back on the air yet?

DCNo, not yet. Their shifts are on Sunday.