Art&Seek is highlighting new music from North Texas every Thursday.  Click above to hear me talk with North Texas singer/songwriter AJ Abdullah for our new Music Minute, which airs on KERA FM and KXT 91.7.  For more local music, tune in to the KXT Local Show at 7 p.m. Thursdays.  And tell us what you’ve been listening to on Facebook, Instagram or @artandseek on Twitter. 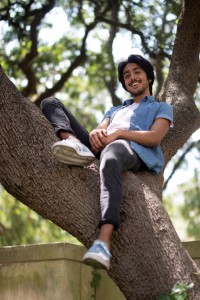 “My friends and I would always go to practice rooms after rehearsal. So, it would be like 9 or 10 pm and we would be trying to make little jingles on an out-of-tune piano.” Abdullah said.

His first attempt at songwriting was in those practice rooms while his friends played the instruments.

Later, after his freshman year in college, Abdullah picked up a ukulele and taught himself to play by watching videos on Youtube. He describes his music as having an indie acoustic sound, heavy on the ukulele.

The song “Does It Ever End” was released in late August and departs from Abdullah’s traditional sound; he used an ’80s sounding synth-heavy sample and went from there. Guitarist Me Here also joins the song.  Abdullah laughed a little as he explained that “Does It Ever End” is his most depressing song.

“Usually, I try to write very fluffy, cute things I feel. The rest of my music is light with somber tones to it, but this one is the most… very straightforward. Like, does it ever end?”

Abdullah said he wrote the song because quarantine was starting to get to him, but also because of where he is in his life.

“It’s me thinking about breaking the various cycles that I’m put in.”

He’s a senior at UT Austin, looking forward to the next phase of his life after graduation. 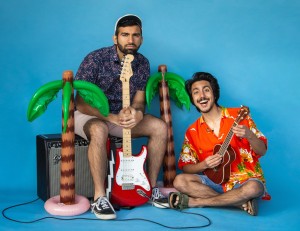 Abdullah is working on an EP of acoustic ukulele songs called Sleepytime Tea. Until that’s released, you can hear his new single, “Does It Ever End,” as well as his ukulele tunes, on Youtube, Spotify, Apple Music, and Soundcloud. You can also keep up with AJ Abdullah on TikTok or Twitter if that’s more your thing.