Skip Navigation
Home > ArtandSeek.net > Virtual Van Gogh Events Tour The Region, But The Dallas Museum of Art Will Have The Real Thing 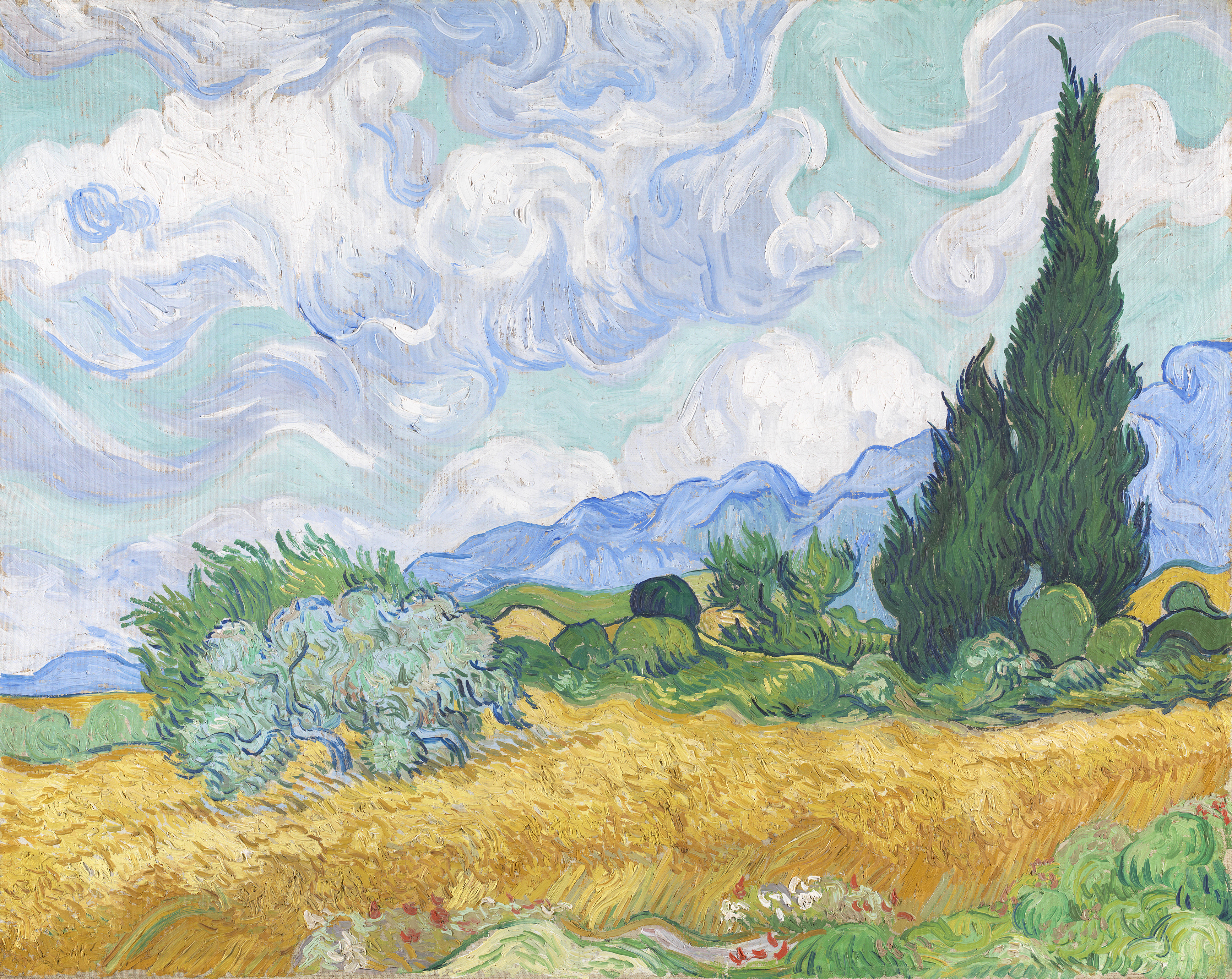 Two big “immersive” Van Gogh shows, projections of his famous paintings, have opened in Dallas. But now you can buy tickets to see the artist’s real paintings at the Dallas Museum of Art.

The DMA show will be the first exhibition to explore Vincent Van Gogh’s olive groves. It goes on display this October.

‘Van Gogh and the Olive Groves’ is co-organized by the DMA and the Amsterdam’s Van Gogh Museum and reunites, for the first time, paintings created during Van Gogh’s year-long stay at the asylum of Saint-Rémy-de-Provence in 1889.

The show also highlights new discoveries about the artist’s techniques, materials, and palette that emerged from a collaborative conservation and scientific research project that included all 15 paintings in the series.

“Van Gogh and the Olive Groves” is on view October 17 through February 2,2022. Tickets to the exhibition are $16. All visitors must first reserve a free general admission ticket for the DMA on their selected date. Guests will then be able to add on a matching exhibition ticket. An exhibition ticket alone will not permit entry to the DMA.

Here’s the DMA’s press release on the exhibition.

Dallas, TX / Amsterdam, Netherlands – Updated April 26, 2021 – In 2021 and 2022 the Dallas Museum of Art (DMA) and the Van Gogh Museum (Amsterdam, Netherlands) host the first exhibition dedicated to Vincent van Gogh’s important olive grove series, executed during his yearlong stay at the asylum of Saint-Rémy-de-Provence. Co-organized by the two institutions, Van Gogh and the Olive Groves reunites for the first time the series of paintings devoted to the titular motif that the artist produced between June and December 1889. It additionally highlights new discoveries about the artist’s techniques, materials, and palette that emerged from a collaborative conservation and scientific research project that included all 15 paintings in the series. Co-curated by Nicole R. Myers, the DMA’s Barbara Thomas Lemmon Senior Curator of European Art, and Nienke Bakker, Senior Curator of Paintings at the Van Gogh Museum, the exhibition will premiere at the Dallas Museum of Art from October 17, 2021, to February 6, 2022, and will then travel to Amsterdam, where it will be presented from March 11 to June 12, 2022.

“This exciting partnership with the Van Gogh Museum leverages the joint strengths of our two institutions—in curating and research—to present a fresh look at a much-beloved artist,” said Agustín Arteaga, the DMA’s Eugene McDermott Director. “Through world-class exhibitions such as this one, as well as the scholarship behind them, the DMA continues to uncover new insights on even the most time-honored artists to share with our communities and the art world more broadly.”

“The Van Gogh Museum is the leading authority in scholarly research into the life and work of Vincent van Gogh. This unique opportunity to study a complete series of paintings and dedicate a focused exhibition to it is immensely valuable for our knowledge on the artist’s oeuvre, and we are delighted to collaborate with the DMA on this important project,” said Emilie Gordenker, Director of the Van Gogh Museum.

With an impressive selection of the artist’s paintings and drawings from both public and private collections, Van Gogh and the Olive Groves traces Van Gogh’s evolving stylistic treatment and motivations for depicting the olive groves of Saint-Rémy over a six-month period during his stay as a self-admitted patient at the local asylum. This bold and experimental series, reunited for the first time in this exhibition, reveals Van Gogh’s passionate investigation of the expressive powers of color, line, and form as well as his choice of the olive groves as an evocative subject.

Van Gogh and the Olive Groves follows the arc of Van Gogh’s experimentation with the motif, starting with his earliest encounters with Saint-Rémy’s olive trees in June 1889. As was typical for the artist when approaching a new subject, he began by making naturalistic studies, employing the Impressionists’ short and flickering brushstrokes and high-keyed palette to capture the sensation of olive trees shimmering in the intense heat and light of Provence in the summertime. After a severe health crisis that began in July and left him largely incapacitated for six weeks, Van Gogh returned to the olive trees that September-October.

The paintings from this second phase of production are marked by a stylistic shift spurred by Van Gogh’s correspondence with friends and fellow artists Émile Bernard and Paul Gauguin—who had recently produced their own renderings of the motif in their modern paintings of Christ in the Garden of Olives—and, subsequently, his renewed conviction of the importance of observing the subject from life. The fall olive groves demonstrate an occasional return to the ochre palette or brilliant Divisionist brushstrokes that defined earlier phases of his career, in addition to a new emphasis on the symbolic potential of color, brushstroke, and motif to convey feelings of hope and spiritual consolation. The last group of paintings in the series includes figures of harvesters picking olives in the lush groves—a testament to the artist’s lifelong exploration of the cycles of life and his belief in the healing powers of art and nature.

The exhibition also contextualizes the olive grove series in Van Gogh’s oeuvre by exploring the artist’s tendency to produce works in series or decorative ensembles dedicated to specific subjects, taking a closer look at select examples from key periods of his production, as well as at the larger series of paintings dedicated to motifs he considered quintessential to Provence, to which the olive groves belong.

Additionally, Van Gogh and the Olive Groves highlights new discoveries on the artist’s palette, techniques, and materials, as seen across the 15 paintings in the series. The product of a collaborative conservation and scientific research initiative launched by the organizing institutions in partnership with the various collections that hold the paintings, and helmed by Kathrin Pilz, Paintings Conservator at the Van Gogh Museum, these findings provide new insight into the chronological sequence of the paintings within the series, Van Gogh’s application of paint in the studio versus en plein air, and his use of unstable pigments.

“These fascinating paintings clearly held an important place for Van Gogh within his oeuvre, making it that much more surprising they had not yet been the subject of a dedicated study or exhibition,” said curators Nicole Myers and Nienke Bakker. “After years of research, we are thrilled to reunite the olive grove series for the first time for audiences in the United States and Europe and to present exciting new discoveries on the paintings and artist alike.”

Van Gogh and the Olive Groves is co-organized by the Dallas Museum of Art and the Van Gogh Museum, Amsterdam and is co-presented by Texas Instruments and PNC Bank. The Dallas Museum of Art is supported, in part, by the generosity of DMA Members and donors, the National Endowment for the Arts, the Texas Commission on the Arts, and the citizens of Dallas through the City of Dallas Office of Arts and Culture.