Skip Navigation
Home > ArtandSeek.net > Watch These 10 Shorts About The Pandemic And Beyond

In this week’s episode of Frame of Mind, the KERA TV series about independent films from Texas, we present 10 films that weigh in on the times.  Many of the filmmakers’ work is inspired by the pandemic.

Here’s a little bit more about the 10 films we’ll show on Thursday, and the filmmakers behind them. Hope you join us.

Watch Frame of Mind Producer Bart Weiss interview the makers in this week’s episode, Stories of the Pandemic and Beyond:

Still from “The Pandemic Chronicles” by Ya’Ke Smith.

Ya’Ke Smith has been making a film a year since he was 15 years old. The pandemic didn’t stop that. In The Pandemic Chronicles, an 18-minute short, Smith weighs in on the pandemic through a series of stories inspired by reading the news. In “PPE Love,” a young man and woman give a glimpse of hookup culture during the lockdown. “Shelter in Place,” explores the weight of being an undocumented immigrant and the risks of getting COVID-19. A young man struggles with graduating and losing his mother in “Lockdown.” And in “Self-Isolation,” a nurse working with COVID patients struggles with  isolating herself from her husband and kids. 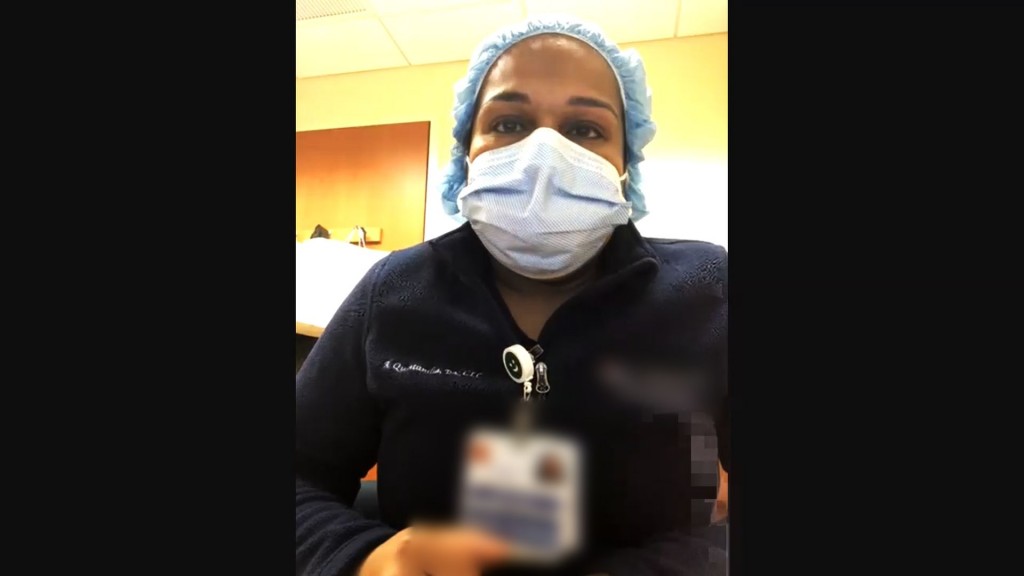 University of Texas at Arlington student filmmaker Faheem Rashid highlights nurses as they put their lives on the line during the pandemic. Anisa Quintanilla, a nurse in Queens, manages a women’s health clinic and works in a COVID testing tent. She’s also someone who has lupus, high blood pressure, asthma and two young kids. “I basically should not be doing what I’m doing,” she said in the film. The film also explores nurses’ struggles with seeing patients die and the fear of getting COVID. No doubt, the work of nurses during the pandemic is a testament to their courage and diligence. 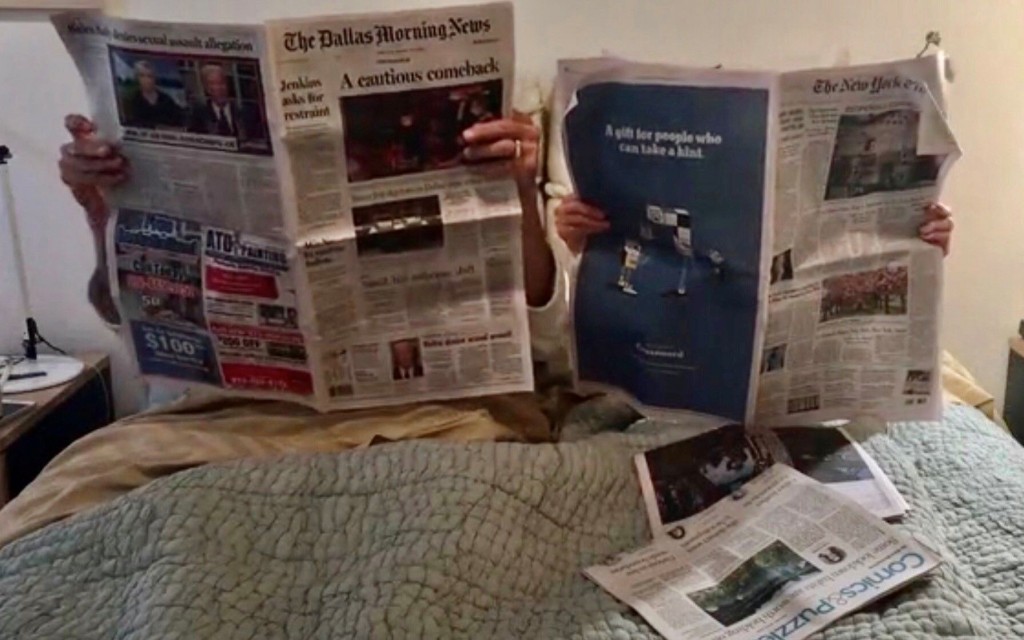 Still from “Gimme Shelter in Place” by Joan Davidow and Stuart Glass.

In this five-minute short, makers Joan Davidow and Stuart Glass are  working from home. The married couple of 12 years show a period of their life during the pandemic, from getting out of bed, reading the morning paper to taking really cute bubble baths. 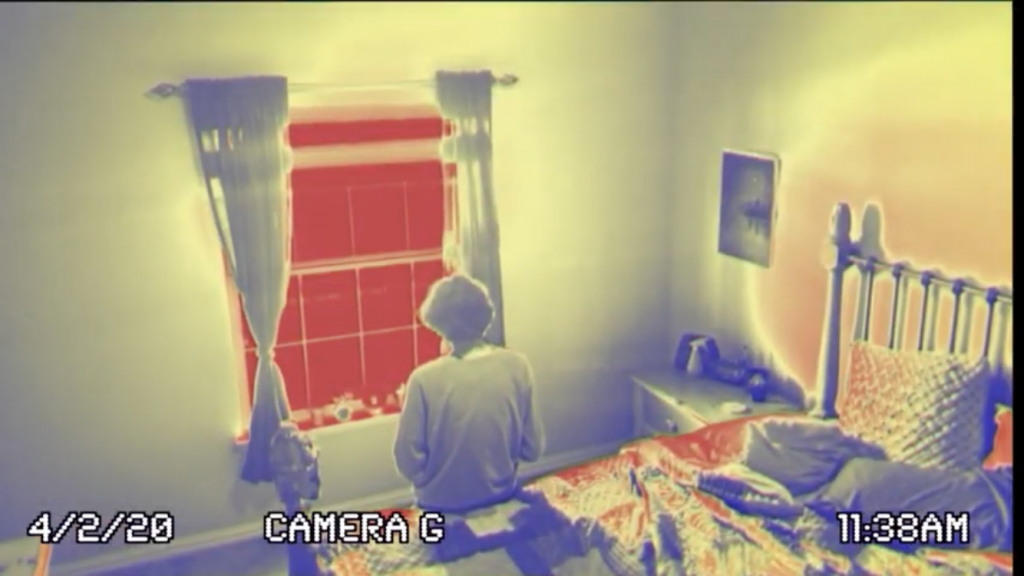 Still from “Somniloquy” by Erin Spence.

University of Texas at Arlington student filmmaker Erin Spence created her short pandemic film from home, using her family as crew members. It’s a horror film. It follows a young girl who unknowingly communicates with a mysterious entity in her sleep and the person assigned to study her. To make the film, Spencer used her own recorded and unscripted sleep talk.

The animated short written and directed by Sai Selvarajan  explores real stories of survival, belonging and maintaining in the refugee and immigrant community. The film gives voice to those who are underrepresented and misunderstood, and Selvarajan also shares his own story. His film won SXSW Special Jury Recognition: Texas Short.

A Walk Along The Stars 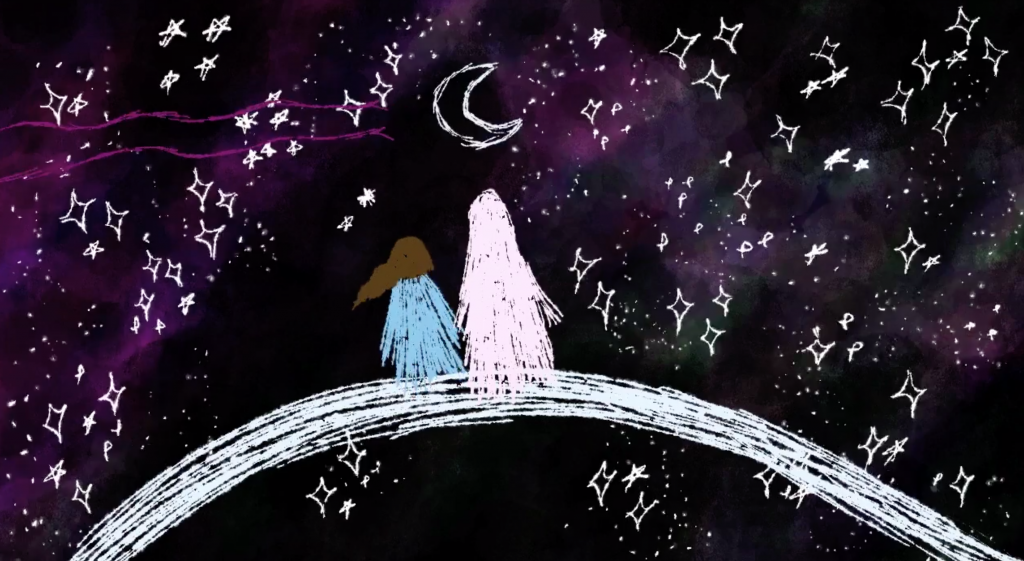 Still from “A Walk Along The Stars” by Lani McHenry.

Filmmaker Lani McHenry honors her late grandmother Francis McHenry in a short animation. McHenry centers the film around memories of her grandmother, and the struggle of letting go of them to make home feel like home again. She uses a blend of animation and archival photographs while sharing how her grandmother passed. The film deals with loss and grief but it also shines with hope and love.

Still from “¡Cóme!” by Lizette Barrera.

Filmmaker Lizette Barrera takes us to Florida, where a 12-year-old Puerto Rican girl’s perspective changes when she brings a popular dessert dish, arroz con leche, to a Thanksgiving event at her school— and no one eats it. The theme of assimilation is prominent. She asks her mother and grandmother if they can eat green beans, mashed potatoes and corn bread for Thanksgiving. She later learns to appreciate her culture when her school teacher tells her she’s unique. On Thanksgiving, she makes fried plantains for her family.

The Woods Out Back 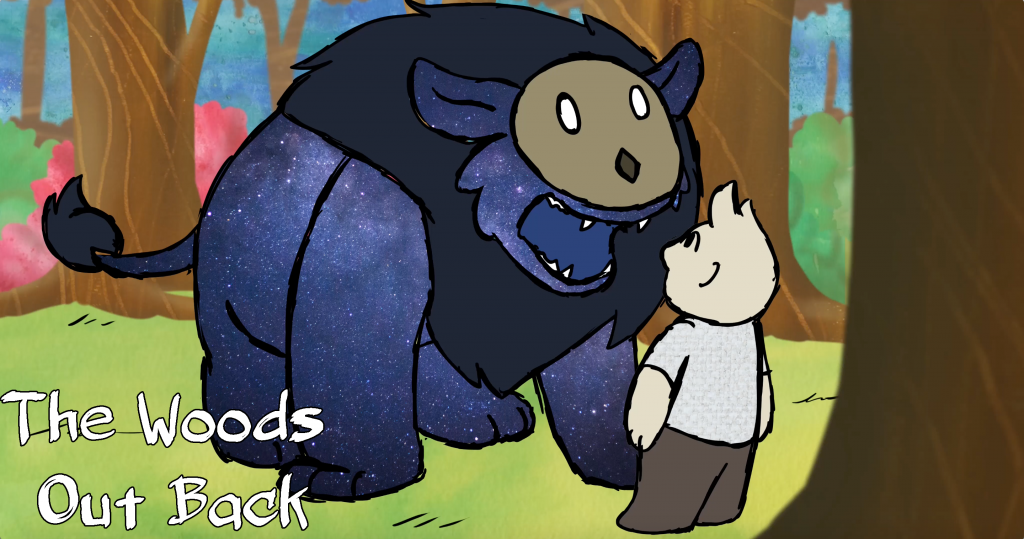 Still from “The Woods Out Back” by Emma Breslauer.

Filmmaker Emma Breslauer’s animated short follows a creature named Dorian, who’s daily routine includes protecting a magical forest. Dorian scares away unwanted visitors in fear of losing his friends. One day, Dorian is thrown for a loop when he encounters a wild boy determined to pet every animal he sees. Ultimately, the boys kindness and curiosity wins over Dorian and they become friends. 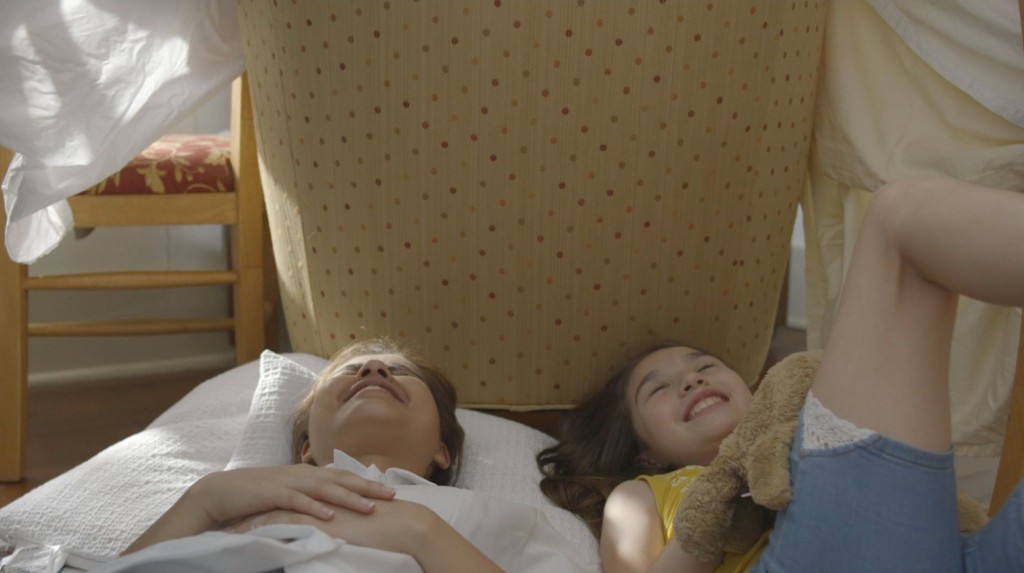 Filmmaker Maria Luisa Santos’ film follows the story of a young Mexican live-in maid who can’t afford pleasures like a pedicure or other interests like her friends. She struggles with making a difficult decision while trying to hide her distress from the girl she cares for. In the end, she looks to a new start.

Filmmaker Cameron Bruce Nelson’s film follows a Mennonite woman who reverts to a secret language when her best friend begins the customs of marriage. The two young women battle with identity and sexuality. In the end, tradition and family play a big role.