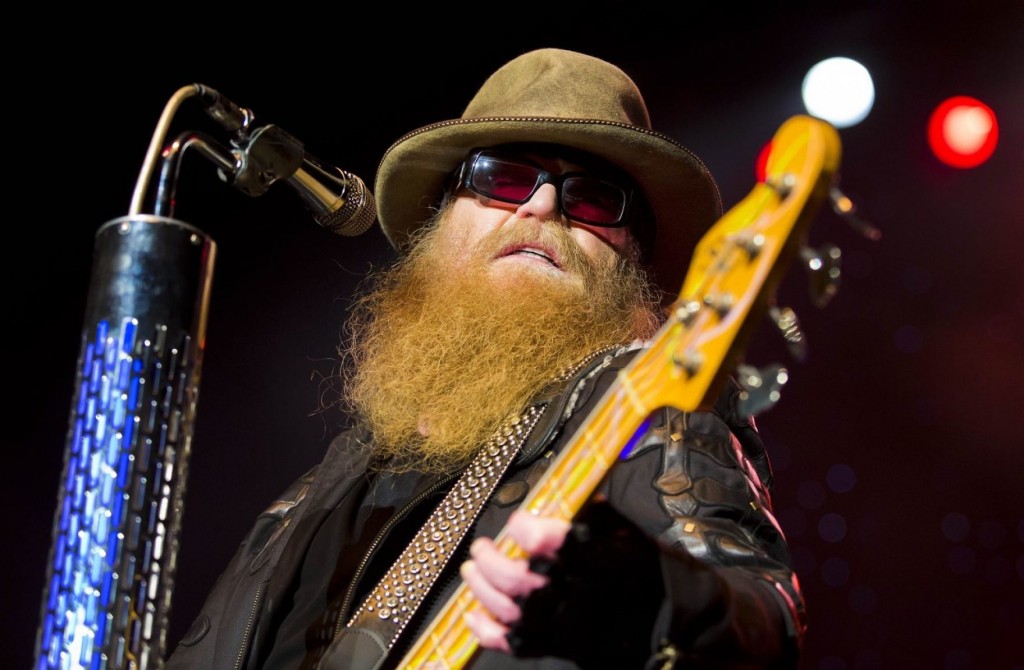 The news was confirmed on Facebook Wednesday by his bandmates Billy Gibbons and Frank Bears, who said he passed away in his sleep in his Houston home.

“We, along with legions of ZZ Top fans around the world, will miss your steadfast presence, your good nature and enduring commitment to providing that monumental bottom to the ‘Top,’” the two wrote on Facebook.

His cause of death was not immediately known on Wednesday. 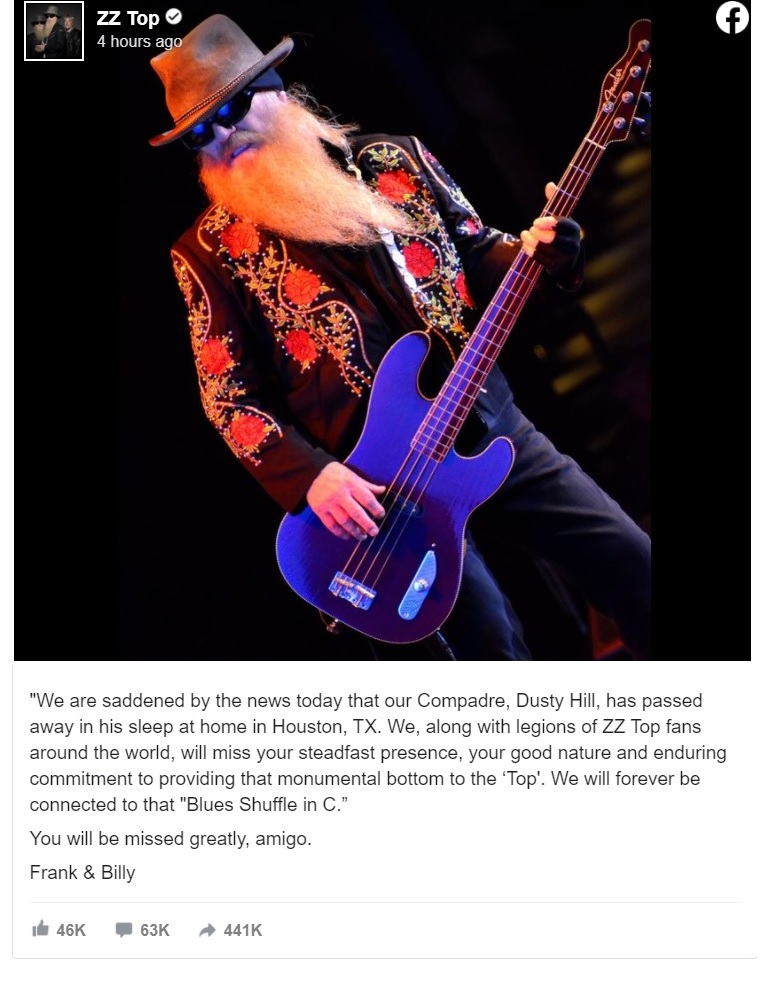 The band had recently posted on its official website that Hill was home in Houston recovering from a hip injury, forcing them to cancel a number of concerts on their “Celebration With ZZ Top” tour. He was replaced by the band’s guitar tech, Elwood Francis.

Born Joe Michael Hill in Dallas, Dusty Hill headed to Houston in 1970 and joined ZZ Top, alongside guitarist Billy Gibbons and drummer Frank Beard. The band grew in popularity blending blues and rock and roll, and went on to release 15 albums in their roughly 50-year history.

Their 1984 album “Eliminator,” which featured the hits “Gimme All Your Lovin’”, “Sharp Dressed Man”, and “Legs,” sold more than 10 million copies and was certified Diamond by the Recording Industry Association of America. The band also had four Platinum records — with the 1985 album “Afterburner” going five-times Platinum — and four Gold records with Hill on bass and backing vocals.

Hill and his bandmates were inducted into the Rock and Roll Hall of Fame in 2003 by Rolling Stones guitarist Keith Richards.

While ZZ Top is among the most succesful rock bands in history, they’re perhaps best known for the signature black sunglasses and long beards worn by Hill and Gibbons, which were introduced in the 1970s. According to the liner notes of their 2004 album Rancho Texicano: The Very Best of ZZ Top,” detailed by Yahoo! Entertainment in 2012, the two returned from a vacation and realized they’d both grown out their facial hair. Rather than shave, the pair decided to keep it.

In 1984, razor company Gillette reportedly offered the duo $1 million to shave off their famous facial hair. They declined.